Along with Pip-Boys and a depressing nuclear-blasted landscape, there’s nothing more iconic about Fallout than its power armors. These engineered suits of defensive protection not only provide your vault dweller with a much-needed wall between them and the radiation-strewn countryside, but it also gives you that distinctive Fallout look.

Power armor got a glow-up in Fallout 4, but Fallout 3 and Fallout: New Vegas power armor somehow seemed diminished compared to the other games of the series. Rather than massive suits that the player pilots, they just seemed like tin cans that replace your pants and sleeves.

To bring them back to their former glory, mod creator Wombat gives us the Titans of the New West 2.0, a "massive update to classic style heavy power armor mod that adds lots of new content, new features, optimizations," and more. 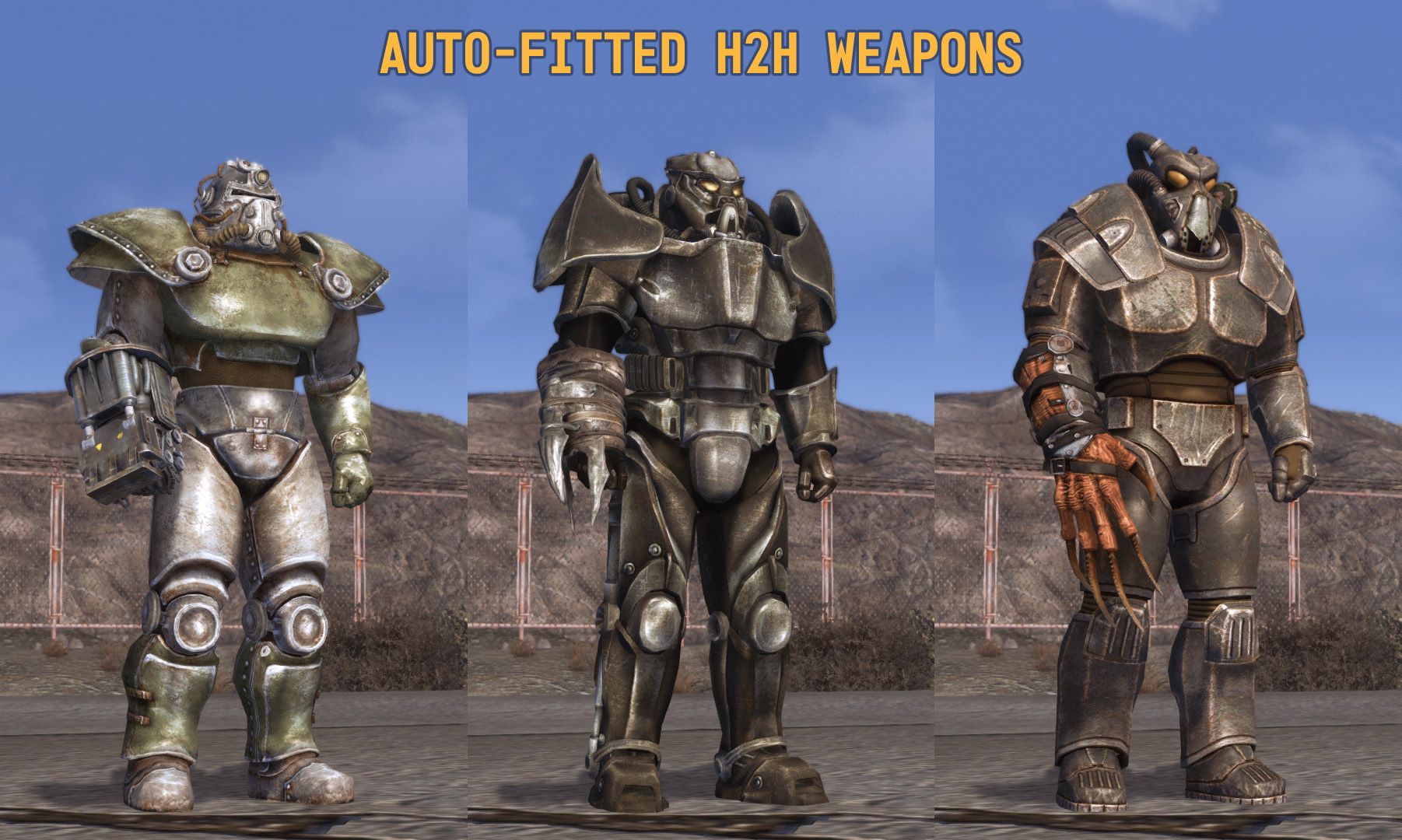 The reason it’s called 2.0 is that Wombat initially put out a version that wasn’t quite finished. It was more of a "proof of concept" full of "placeholder changes," with inelegant code that made the mod unstable and incompatible with other mods. Thanks to the latest-gen script extenders and other advancements in the New Vegas modding scene, Titans of the New West is "now smoothly implemented" with a host of upgrades.

In general, all power armor has been revamped to be larger and more distinct. Most have redesigned legs, arms, and helmets, with some getting unique paint jobs or other enhancements. The Enclave armor is now totally unique, while the NCR Salvaged Armor now proudly bears the symbol of the New California Republic.

Every power armor now has a pass-through port that lets you see your Pip-Boy, and hand-to-hand weapons have been redesigned to better reflect the powered arm that wields it. Sometimes this means taping the weapon to the exterior of the armor, but other times it means wearing Deathclaw Gauntlets with a hand that’s perfectly suited to the task.

Even with the armor off, you’ll see these improvements to the models, and there are lots of other little improvements too. Check out the Titans of the New West 2.0 mod on Nexus Mods for your next mosey through the Mojave.