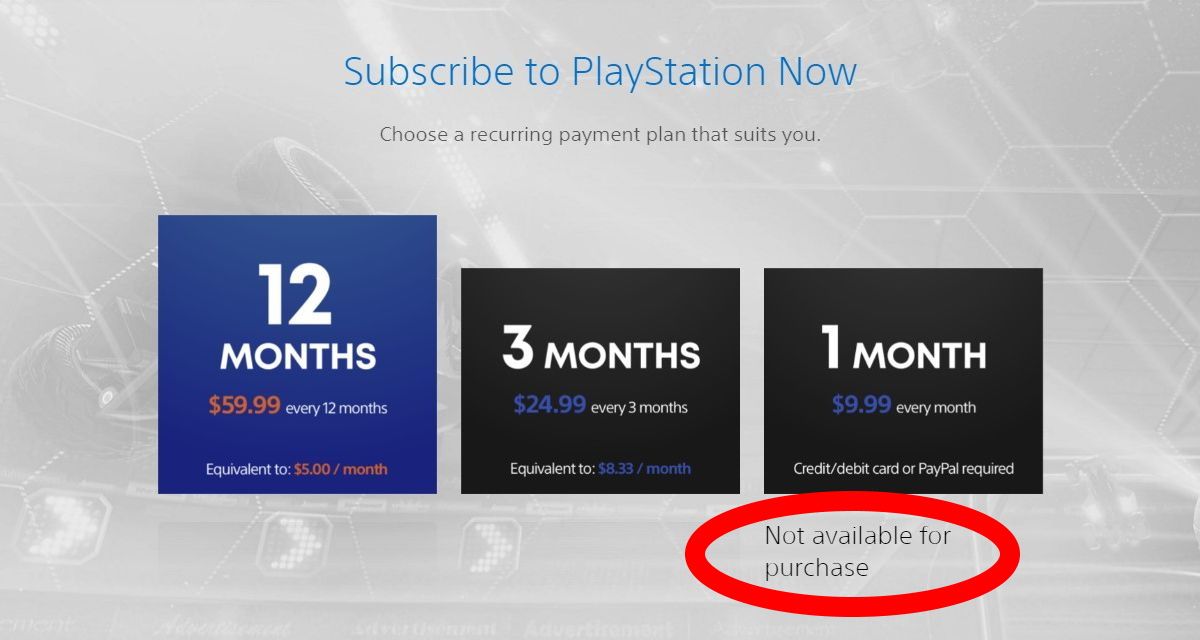 It looks like Sony has closed a loophole allowing people to save money with PS Now subscriptions, ahead of the PS Plus Premium changes.

In a couple of months PlayStation Plus and PlayStation Now will cease to exist in the form they’ve been known for the last several years, and that has brought many and concerns and questions – few of which Sony has answered.

There’s still no list of titles for the Extra and Premium tiers of the new PS Plus service, but what’s concerning many PlayStation owners at the moment is that Sony seems to be preventing attempts to ‘stack’ PS Now subscriptions ahead of the switchover.

Sony had previous said that existing PS Plus and PS Now subscriptions would be automatically converted to one of the new tiers, but many gamers have reported that pre-paid subscription codes no longer work – with some claiming that PlayStation customer support has said Sony is purposefully blocking them.

Fans are trying to take advantage of the fact that £49.99 PS Now subscriptions will be converted to PS Plus Premium subscriptions worth £99.99, once the new system comes into effect in June.

By buying up multiple years’ worth of PS Now subscriptions before the revamp, it’s theoretically possible to save a considerable amount of money, a loophole which Sony appears to be trying to close.

PS Now subscriptions are difficult to acquire now, after Sony started removing them from stores earlier in the year and subsequently online.

Officially, Sony has said nothing about the situation, which makes it difficult to tell whether they’ve put a purposeful block on new subscriptions or if, as some have suggested, it’s just a temporary issue because the system is currently being overwhelmed.

‘I understand how frustrating this must be. I can only advise you wait until your current subscription is over then use your code. Extension/stacking is no longer available’, one customer support representative allegedly told a PlayStation owner on forum ResetEra.

Assuming the reports of what customer support is saying are accurate it does seem as if this a purposeful attempt by Sony to stop PlayStation owners from trying to save money, an action which, combined with the lack of official comment, is not going to go down well with fans.