Kingdom Hearts fans can be super creative with their interpretations on the series. An artist has imagined what Sora’s clothes and Keyblade would look like in a world based on the Disney classic, The Princess and The Frog.

Quixotic Crafts showcased clothes that Sora, Donald, and Goofy would likely wear if Square Enix ever added the bustling New Orleans into Kingdom Hearts 4. They shared the images on the Kingdom Hearts subreddit. With his normal getup, Sora is wearing a 20’s outfit with Oxford shoes and a red bow tie. It seems inspired by what Prince Nazeem wears in the movie. The baggy shorts work perfectly in that era; he kind of looks like a newsboy! 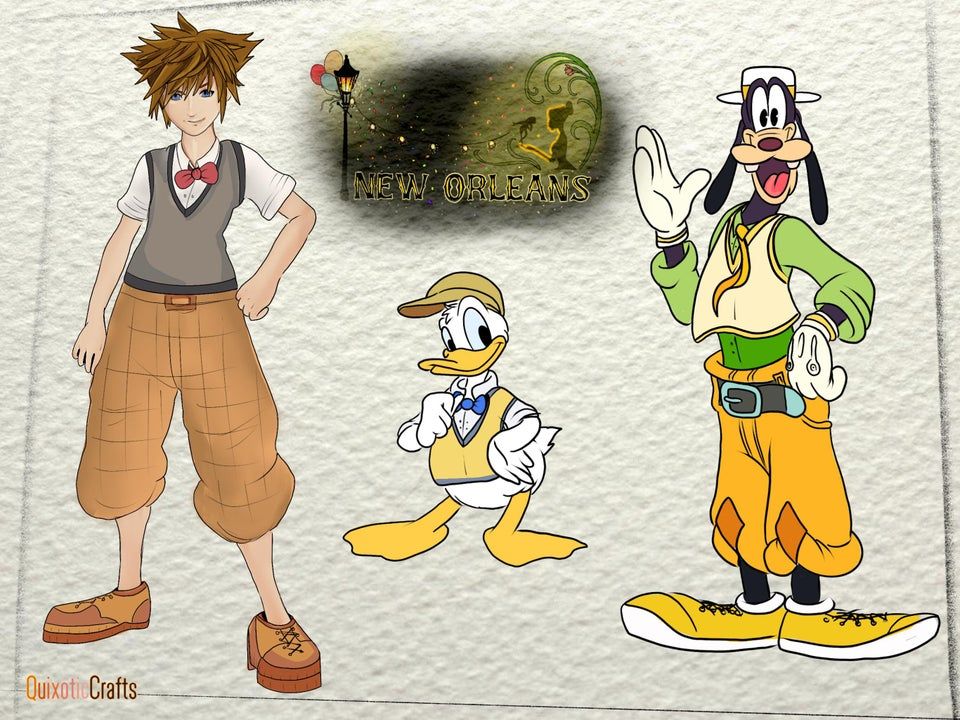 However, his voodoo form is quite the opposite! He has some creepy black eye shadow, purple hair, and stitches all over his body. He probably wouldn’t be caught with a skull shirt, but who’s to say if he gets corrupted by antagonist, Dr. Facilier.

His Keyblade for the world, according to Quixotic Crafts, would have bones on the hilt and a voodoo toy as a token. It fits the aesthetic that series director, Tetsuya Nomura and Square Enix created with their Keyblade sets. You can check out our coverage of the cool references within Kingdom Hearts 2’s Keyblades; they’re quite fascinating. 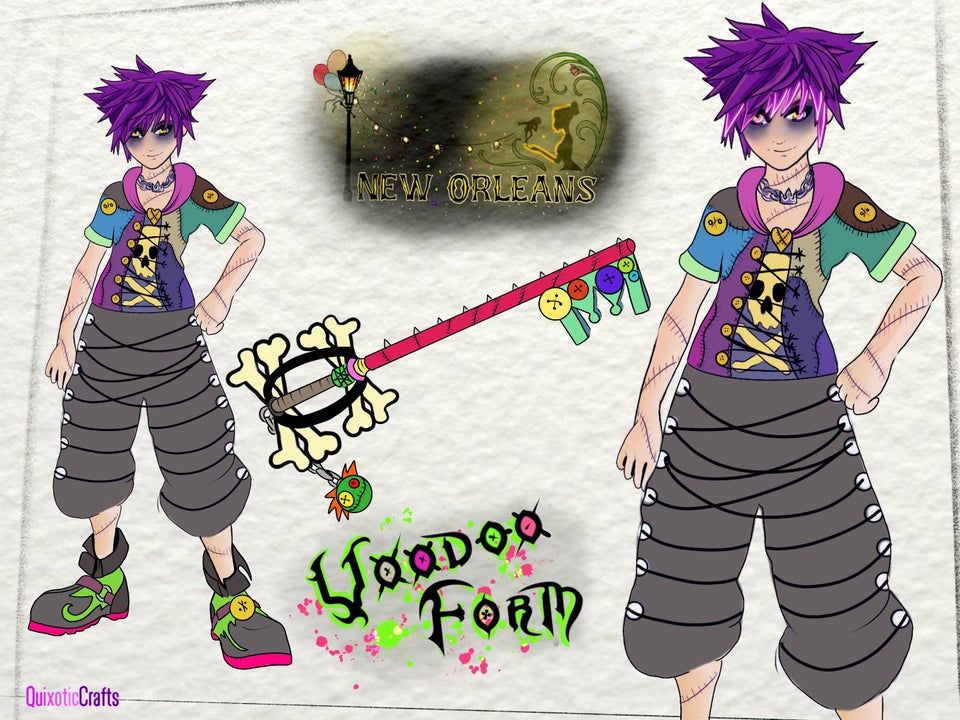 Sora has another Keyblade in the third illustration by Quixotic Crafts. It has a flowery design with a lili pad as a token and a pink flower as the blade. They also give Sora a frog form, which is kinda weird to see. 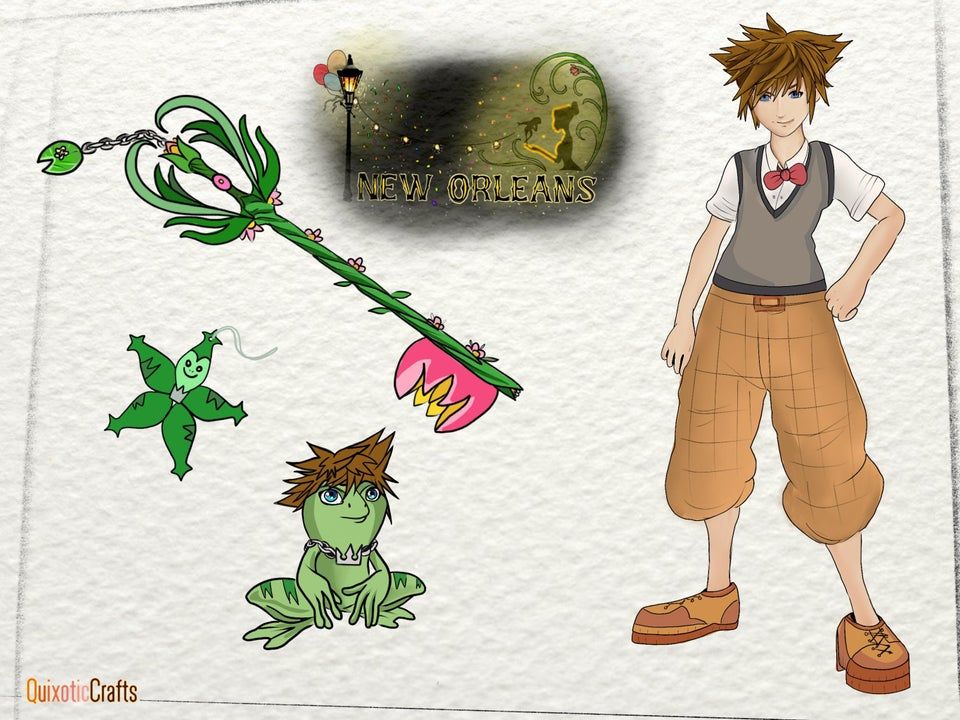 For those who are unaware, The Princess and The Frog is an underappreciated Disney film that released during the dying days of traditional animation at Disney. It has incredible music that New Orleans would be proud of, stunning visuals, and a fun adventure that everyone in the family can enjoy. It would fit perfectly as a Kingdom Hearts world, and hopefully Disney and Square Enix will realize this in a future installment. We’re still waiting on that Treasure Planet world too. A possible Kingdom Hearts 4 has so much potential, and we’d love to see Tiana included in some form.

Next: The Mako Was Fine, You’re Only Annoyed About Mass Effect’s Checkpoints 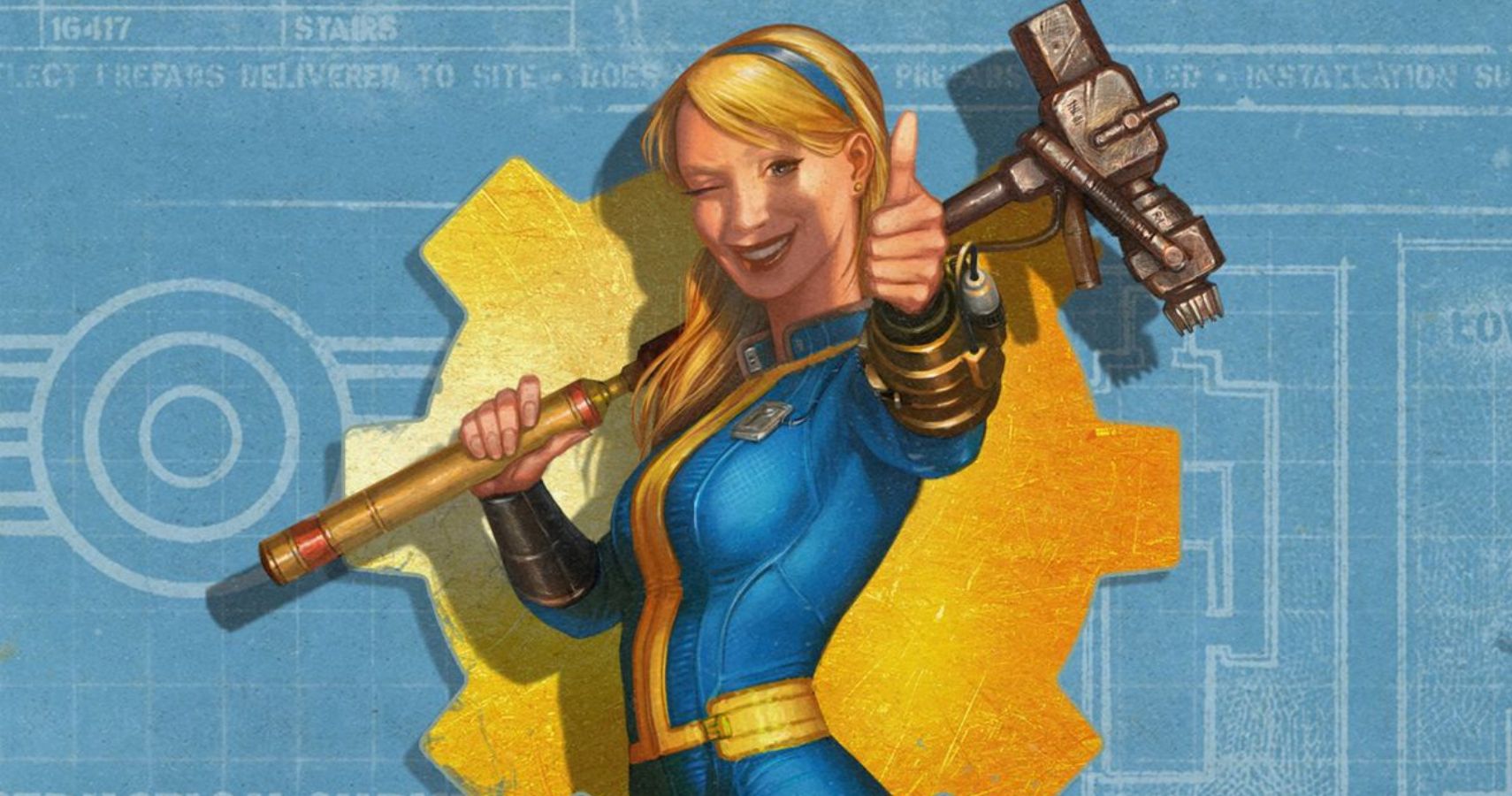