Most winning streaks come to an end, no matter the skill involved. For 15-year-old FIFA professional Anders Vejrgang, his winning streak of 535 games has also met its end, but his impressive record is a feat to be applauded.

Playing as a FIFA professional for RB Leipzig’s esports team, the Denmark player is known for being the best FIFA player in the world. Of course, many FIFA fans are self-appointed champions against their friends – which is probably why FIFA 21 was the most downloaded PlayStation game in January alongside Call of Duty: Black Ops Cold War.

Winning 535 games in a row certainly gives the professional bragging rights, as well as a new record to hold. Vejrgang’s winning streak was earned in Ultimate Team’s Weekend League, beating the game’s hardcore mode again and again. His first loss occurred on February 14, where he lost 5- 1 to “damesheet” despite his best efforts. Vejrgang’s opponent scored three late goals in the match, which inevitably contributed to the loss, but the amount of time the young player put in every weekend since FIFA 21’s release is nothing short of admirable. Despite the loss, Vejrgang’s RBLZ family and fans were on hand to congratulate the wonderkid and his record is expected to stand for a good while. 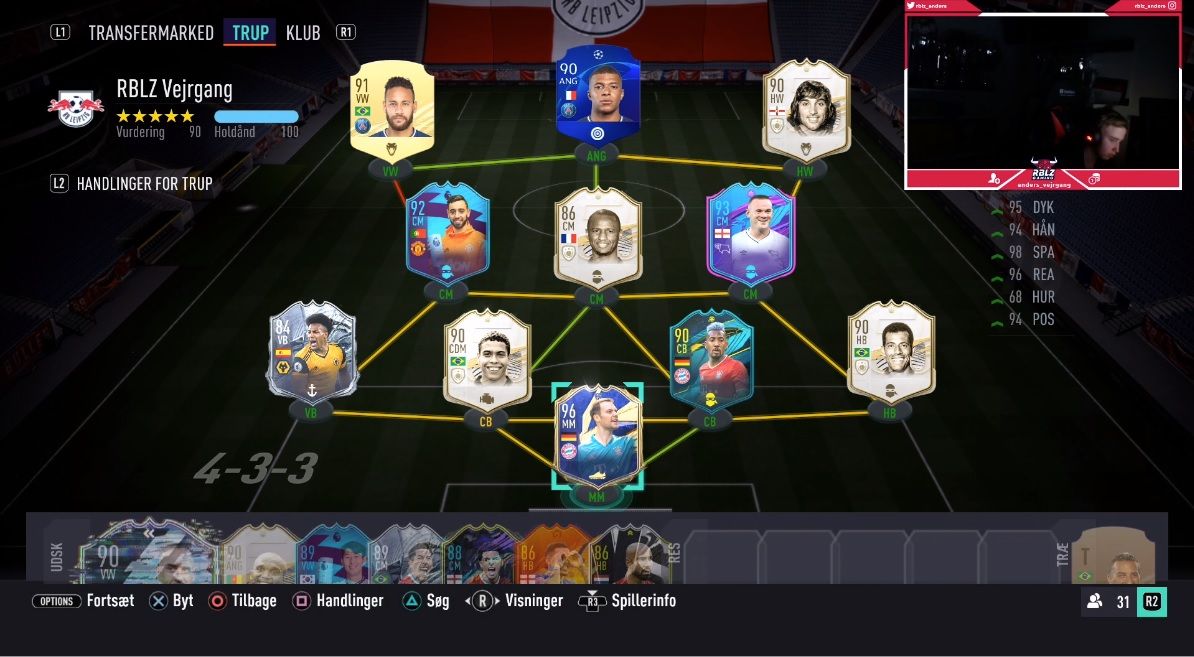 The team at RBLZ Gaming tweeted their respect to the player, highlighting his monumental “535 – 1” score. Content creator NepentheZ, BuckArmy, and YouTuber Matt Craig also joined in on congratulating the youngster, and supported the star against a flurry of hateful comments. Vejrgang cannot officially compete for RB Leipzig until he turns 16, however, he has already built a following of supporters across social media, including a fan base of half a million followers on Twitch.

Playing in FIFA tournaments or even watching your favorite player graft until full-time can be an exhausting endeavor. However, a recent study has shown that the title can be beneficial for your health, comparing heart-racing competition to a mild cardio workout. Before you rush to deactivate your gym membership, it is still recommended that regular exercise be maintained in addition.