Like most MMO's, Final Fantasy 14 has daily quests available on top of the myriad of other things to keep you busy within the game. One of these activities is the Tribal quests, located throughout various regions and expansions. Once known as beast tribes, completing these quests allows you to get friendship points and rewards.

With only twelve quests players can do per day for them, the tribal market is a competitive scene, with some rewards more worth the work than others. Starry-eyed players must start at neutral rank 1 with each tribe, and revisit multiple days in order to build up to the maximum honored rank of bloodsworn, or allied. 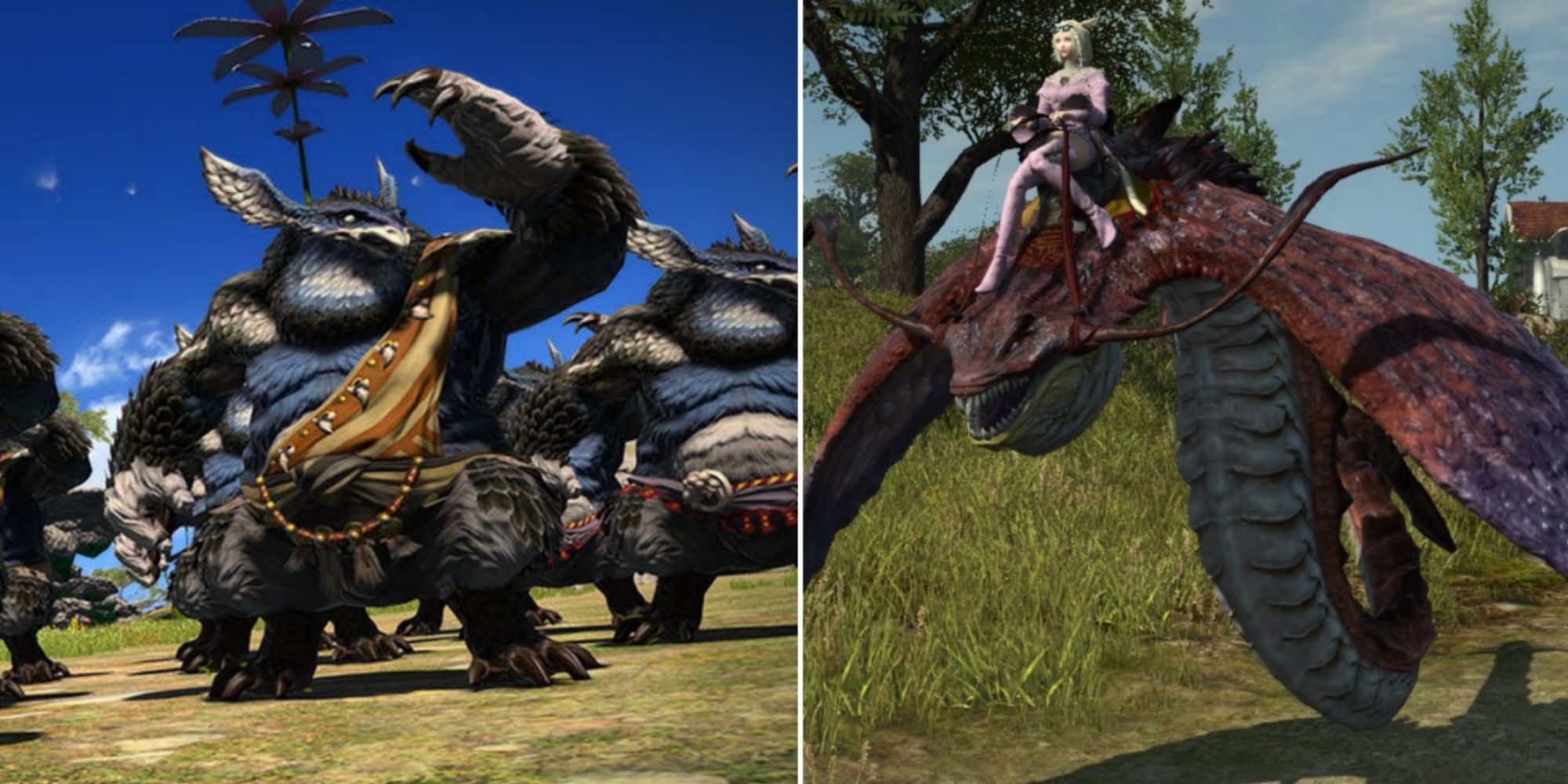 These quests follow the Zundu tribe, a group of pacifistic folks that stand against the Vundu, a separate, more aggressive group. The mount gained from befriending the Vanu Vanu is nice looking, but not worth the overall effort. While it’s cool to sail through the skies on a winged, whiskered serpent, the journey to sworn rank is an arduous one.

The quests take a while to complete as well, even compared to standard tribal quests and their time investments. The wind-up minions are cute, as is the dance emote, but it's not enough to save the tribal quest as a whole. 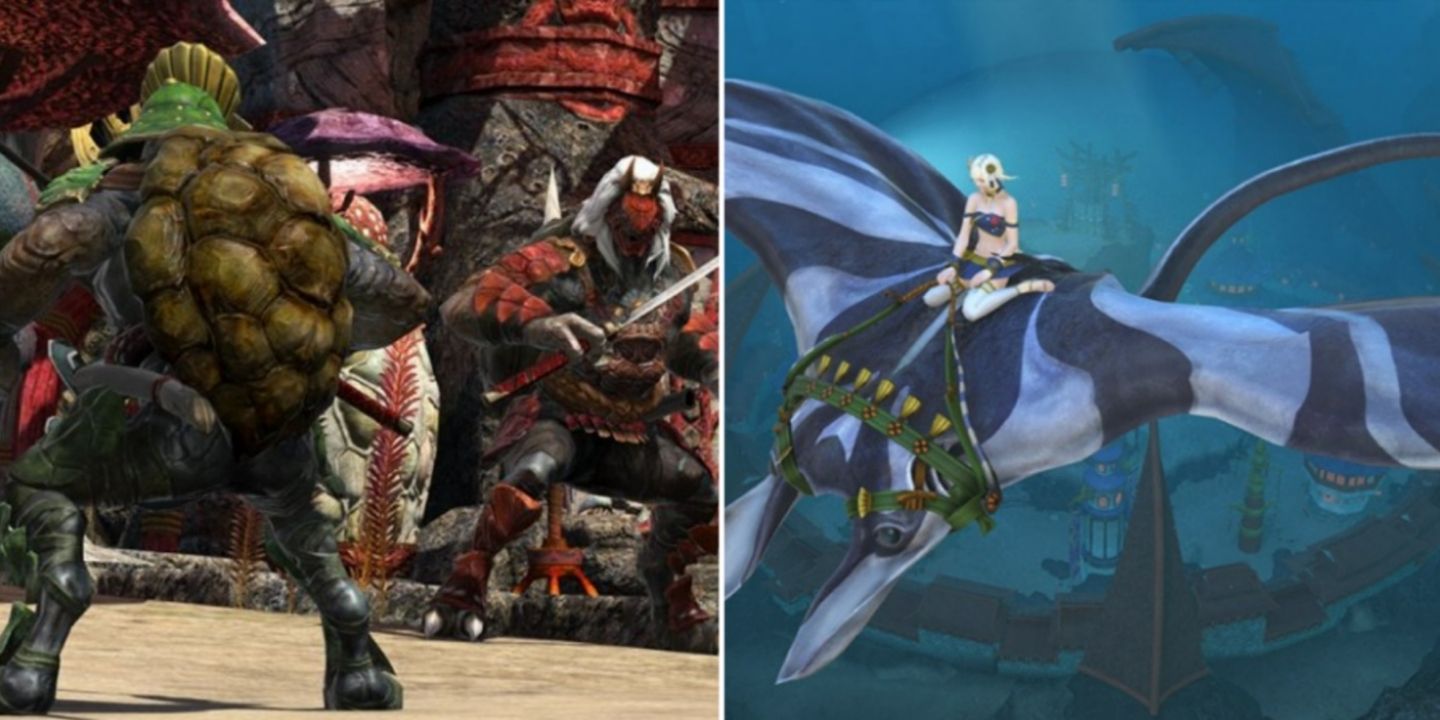 The Kojin have both blue and red tribes, and the warrior of light assists in the quests of the blue, who are peaceful traders. Admittedly, the Kojin story quest progression leaves much to be desired.

The gear offered by building rapport with the tribe is all middling, and this tribal quest line is saved only by one thing: they offer an emote. That’s right, at Bloodsworn rank you’ll get the chance to get not only a big manta ray, but also a unique prayer emote. 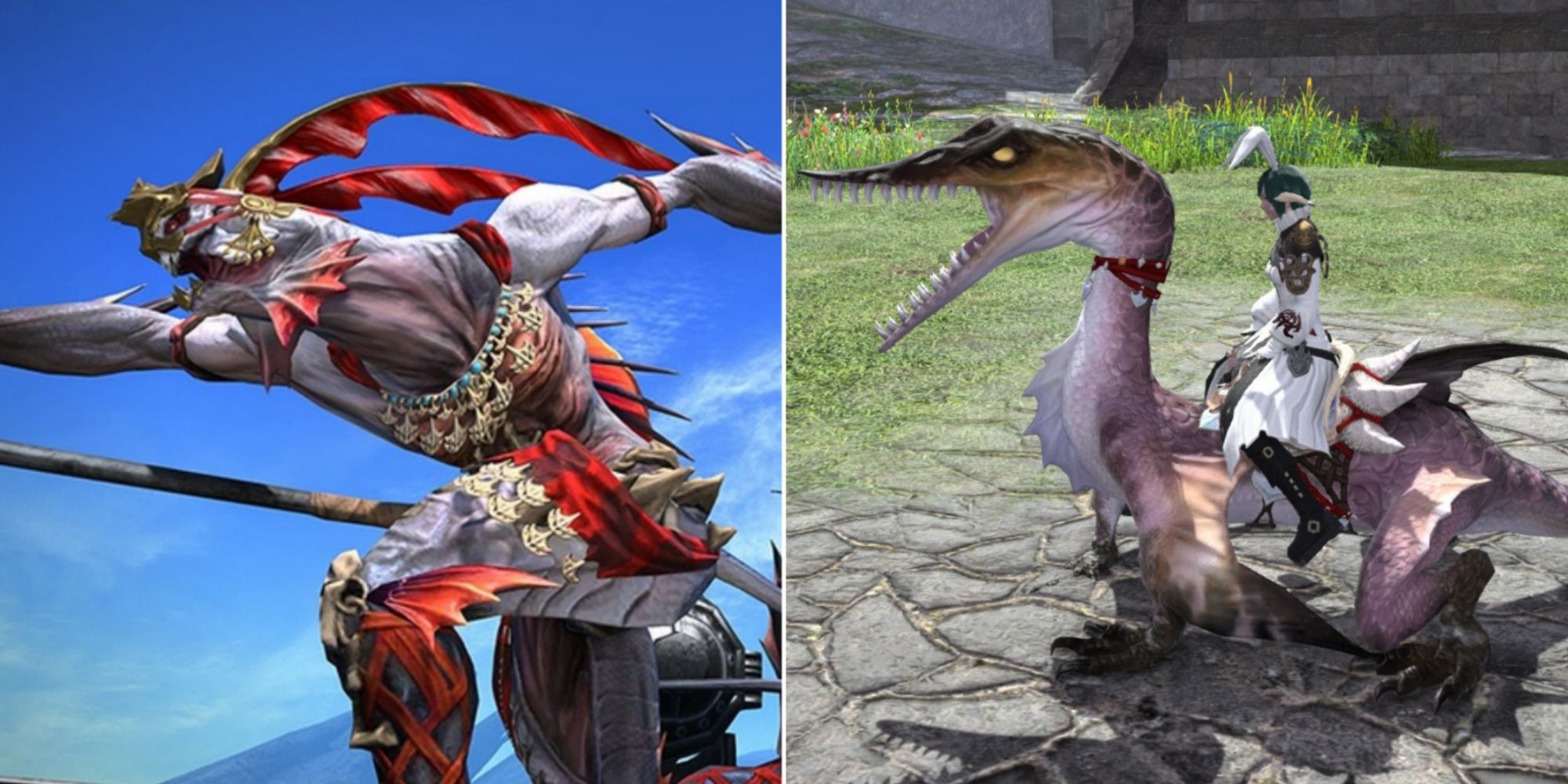 For this question, you meet Clutchfather Novv, a Sahagin who just wants things to stay calm and safe while he tries to raise his clutch. Introduced in A Realm Reborn, it’s clear these first sets of tribal quests were stepping stones to something more streamlined.

The Sahagin quests also require more steps than some of the more recent ones, though the parental love angle is endearing. The Elbst mount that you get has some fun wiggly animations, though, making the effort just a smidge more worthwhile. 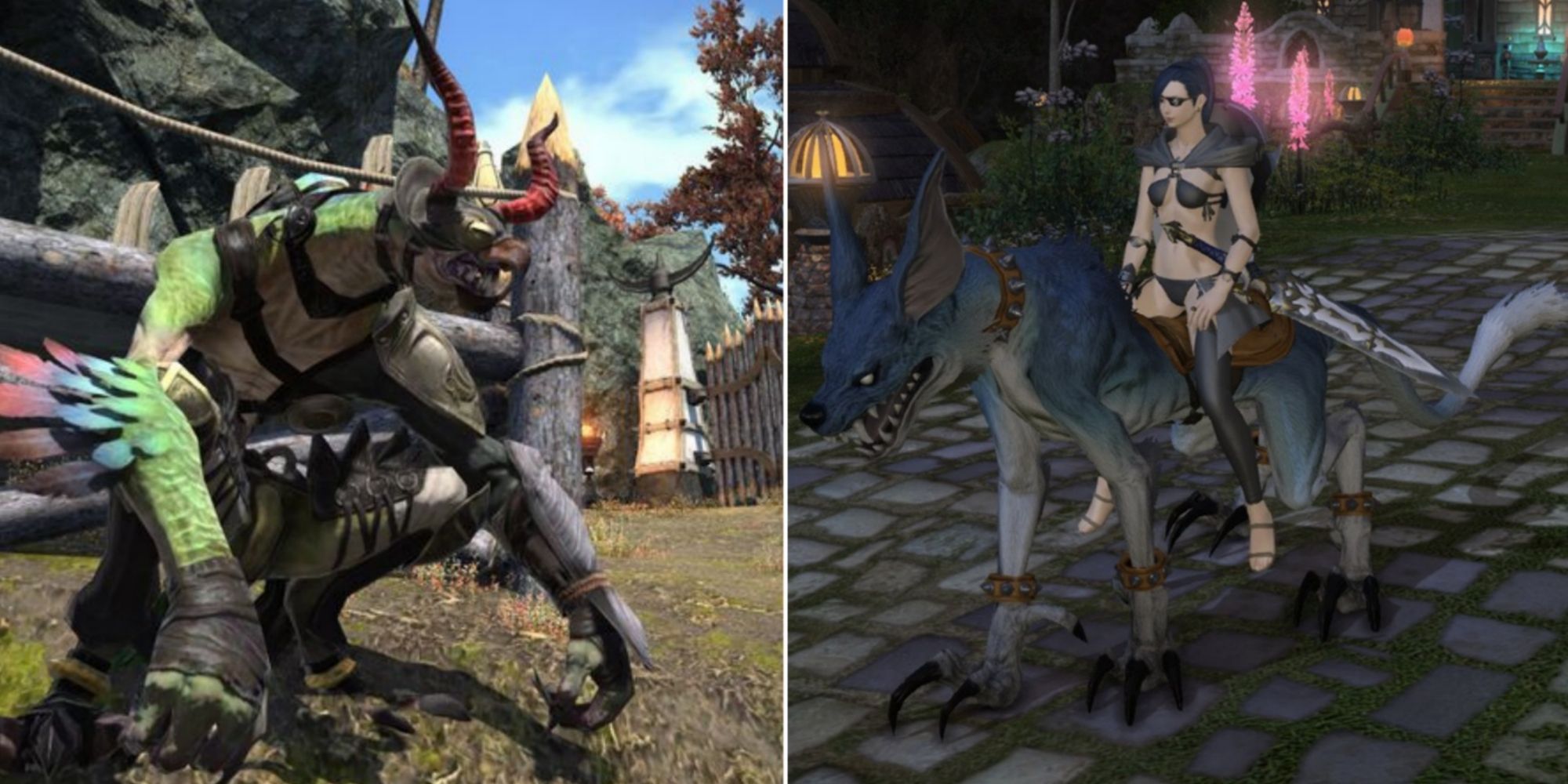 The Ehcatl Nine are a group of Ixal looking to build an airship in search of something important. Because of this, they are the first crafter and gatherer beast tribe introduced, and the steps to complete their quests are a bit clunky.

You’ve got to equip gloves in order to make the tribal items required, as well fetch items and talk to specific people to complete objectives. The Direwolf mount is good, but this one is still a bit of a headache. 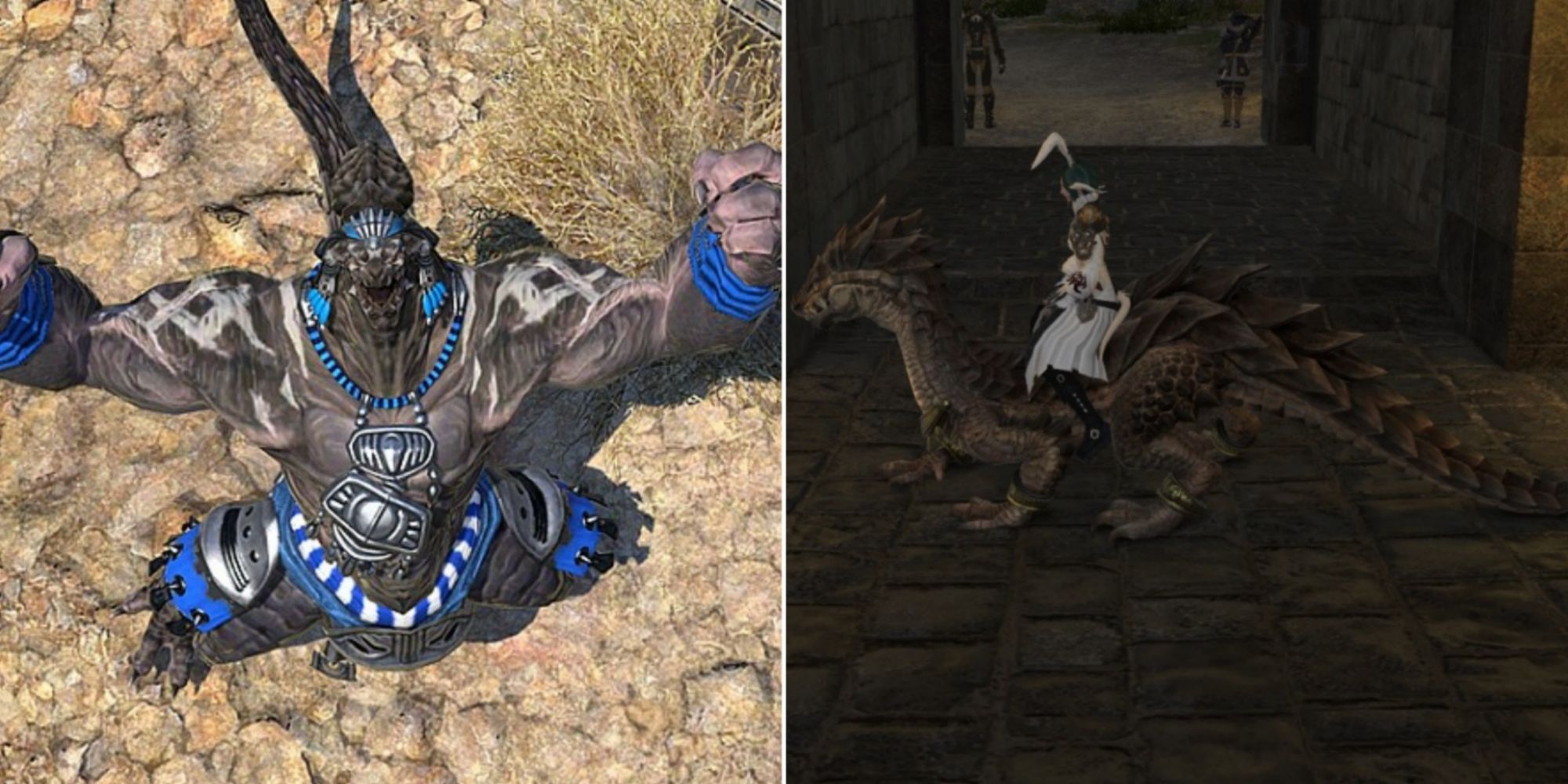 The Brotherhood of Ash is the group you follow for these quests, and they're a group of honourable warriors with a stricter code then the rest of the Amalj'aa, who they actively dislike.

This Disciple of War or Magic tribal quest chain is average. Run back and forth, accomplish tasks, fight enemies, and gain that positive reputation. The real boon here is the Cavalry Drake mount available at trusted rank. The scales of the model are sharp, and the quick, hopping shuffle movement is pretty cute. 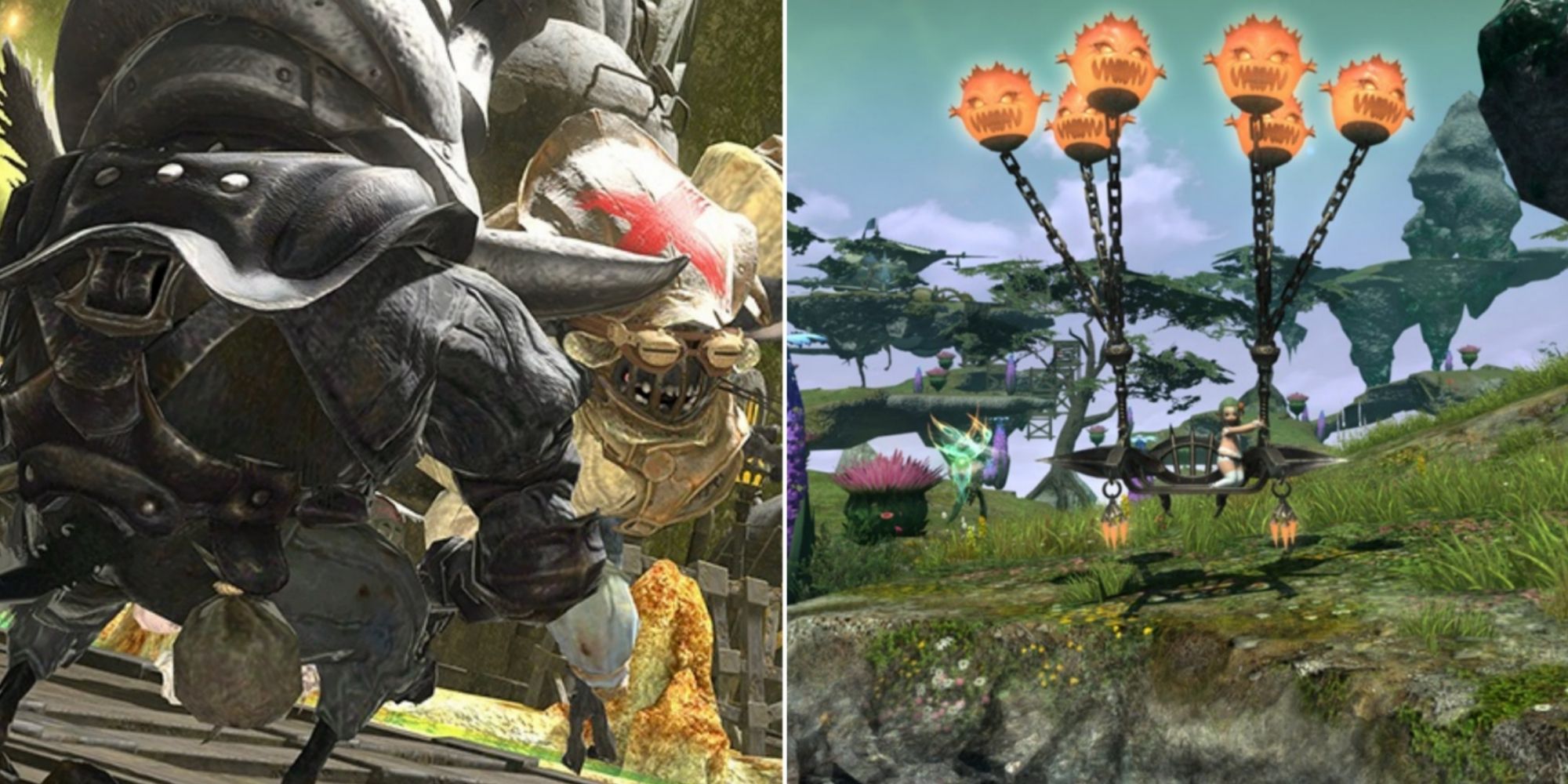 Kobold society consists of hierarchical rankings, and the group that administers quests for the kobolds are the lowest, the 789th order. The kobolds are adorable, and aiding them should be reward enough. 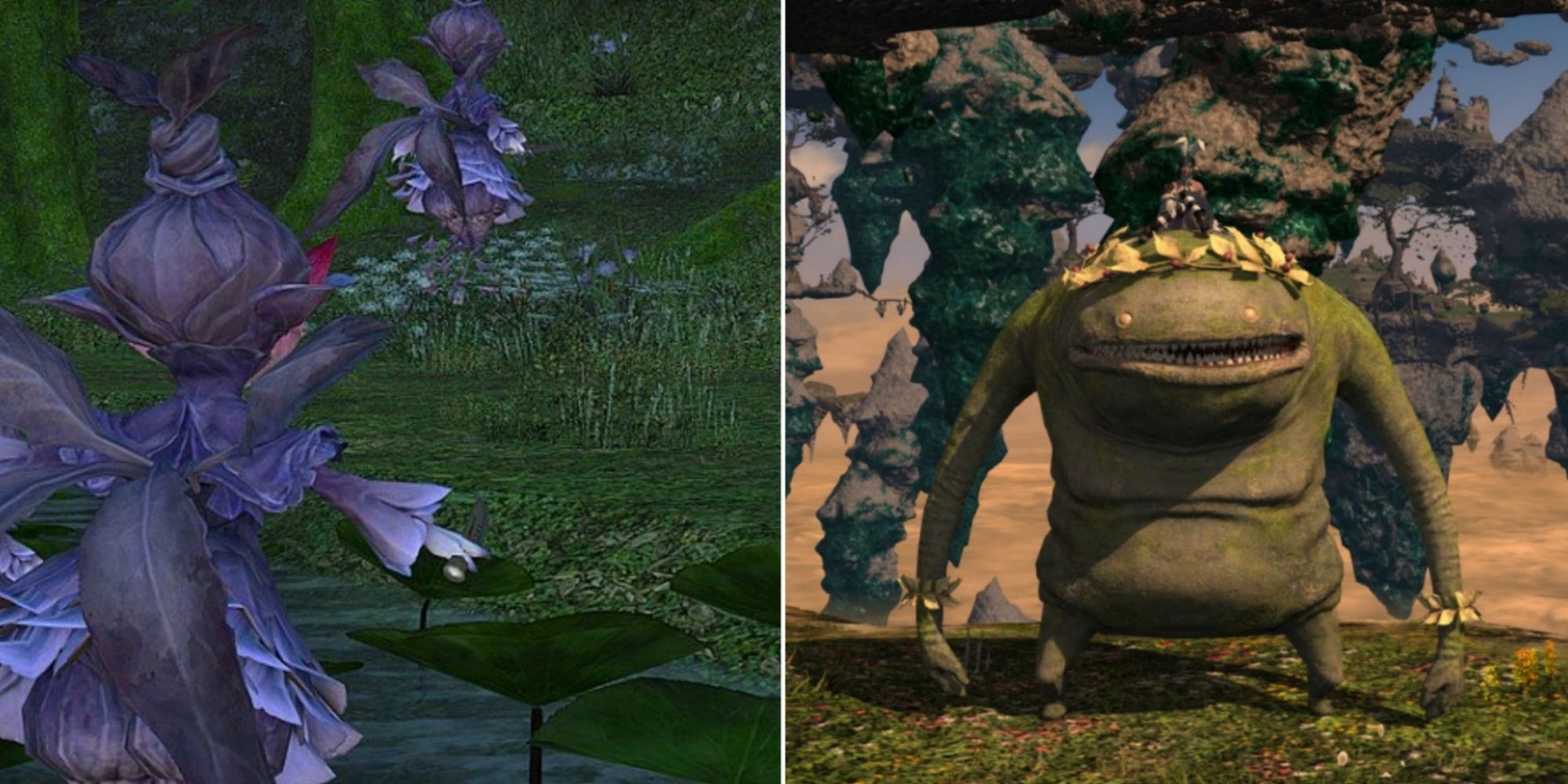 Like many other tribes, some sylphs are violent, while others seek to work with the societies they live close to. While the sylphs are also quite cute, they suffer from the same issue as all other Realm Reborn tribal quests before them: too many steps.

Once again, though, this quest line is saved by the mount given at trusted rank: a giant Goobbue with a flower crown. It’s one of the best out there, with wiggly arms and even a sneeze emote. 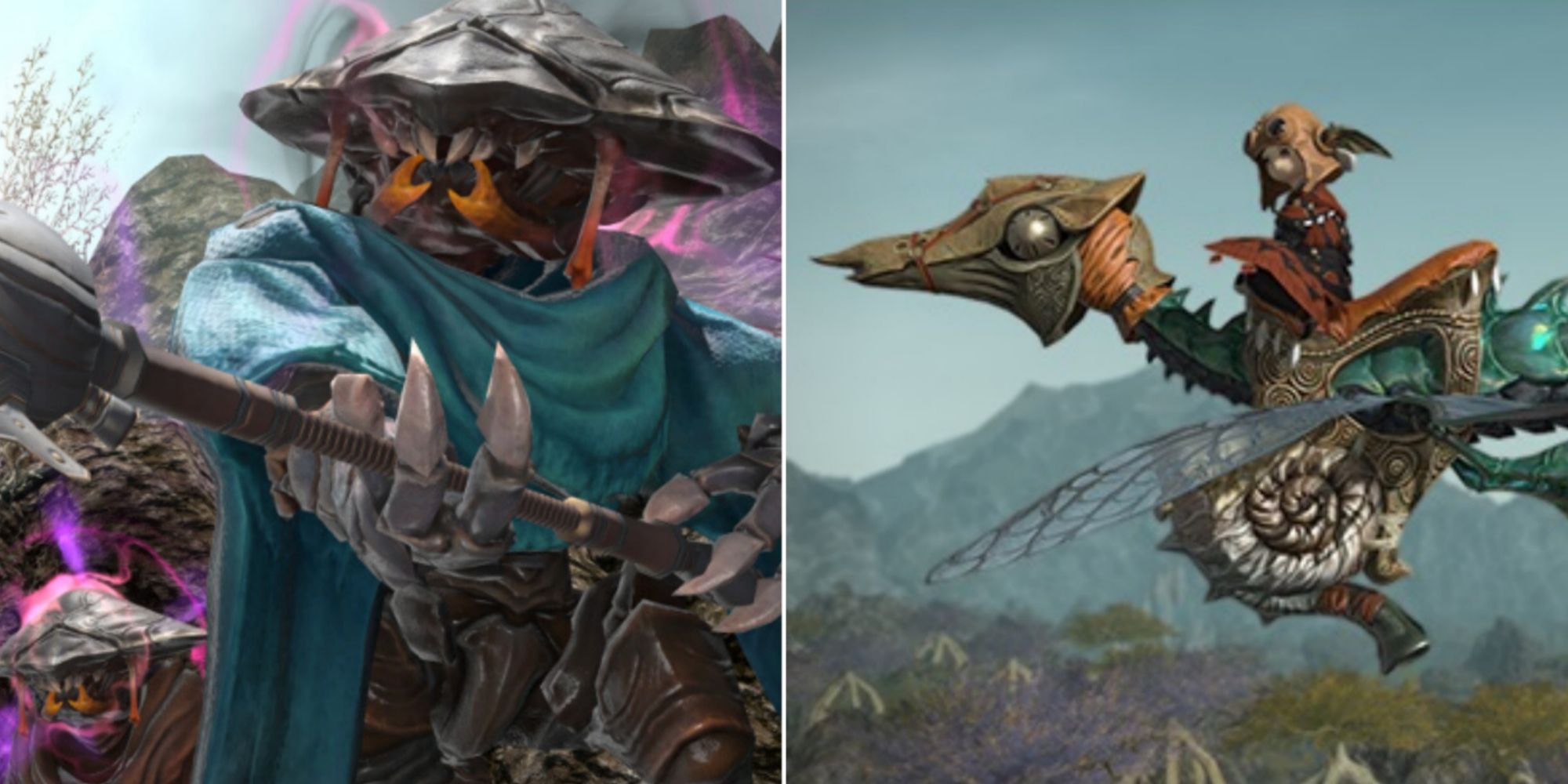 The Vath typically serve a hivemind called Onemind, but this tribe are Vath separated from it and known as the Nonmind. These quests often require a lot of traversing the map to complete, but they’re overall less egregious than the previous. The level sync quests available for later beast tribes is great for leveling as well, boosting this rank. Plus, who wouldn’t want to fly around on a bug-dragon thing? 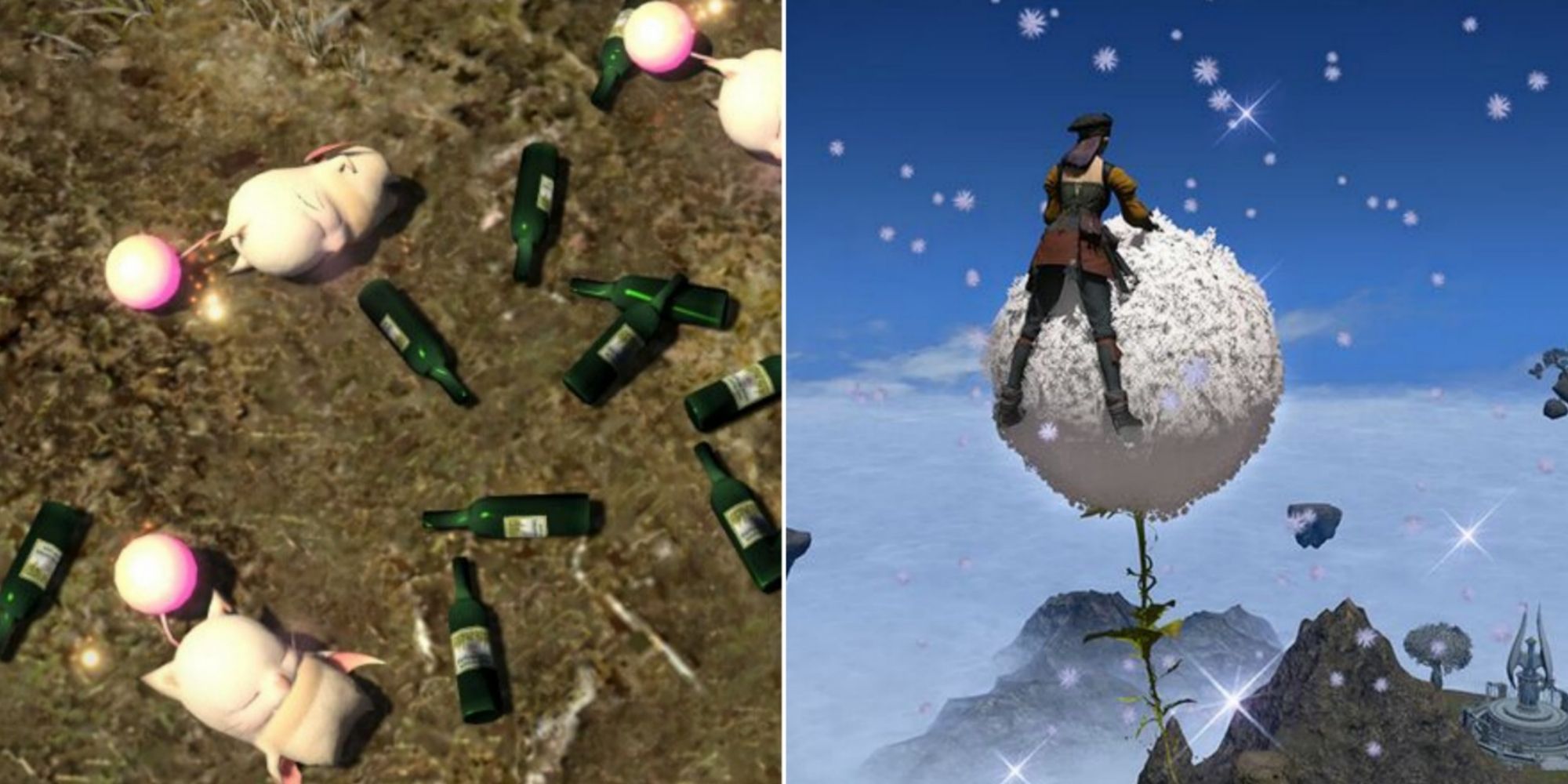 Moogles and dragons have gotten along well for a long time, and the Moogle quest is all about making what was once a bustling hub for dragon, man, and Moogle alike better.

This tribe is a series of crafting quests, and they’re a bit less bad than the Realm Reborn ones. This is still a bit of a time sink, but the rewards make everything worth it. At sworn rank, you get the Cloud Mallow, which sees your warrior of lightly floating around on a giant dandelion. You also get a cute Moogle dance. 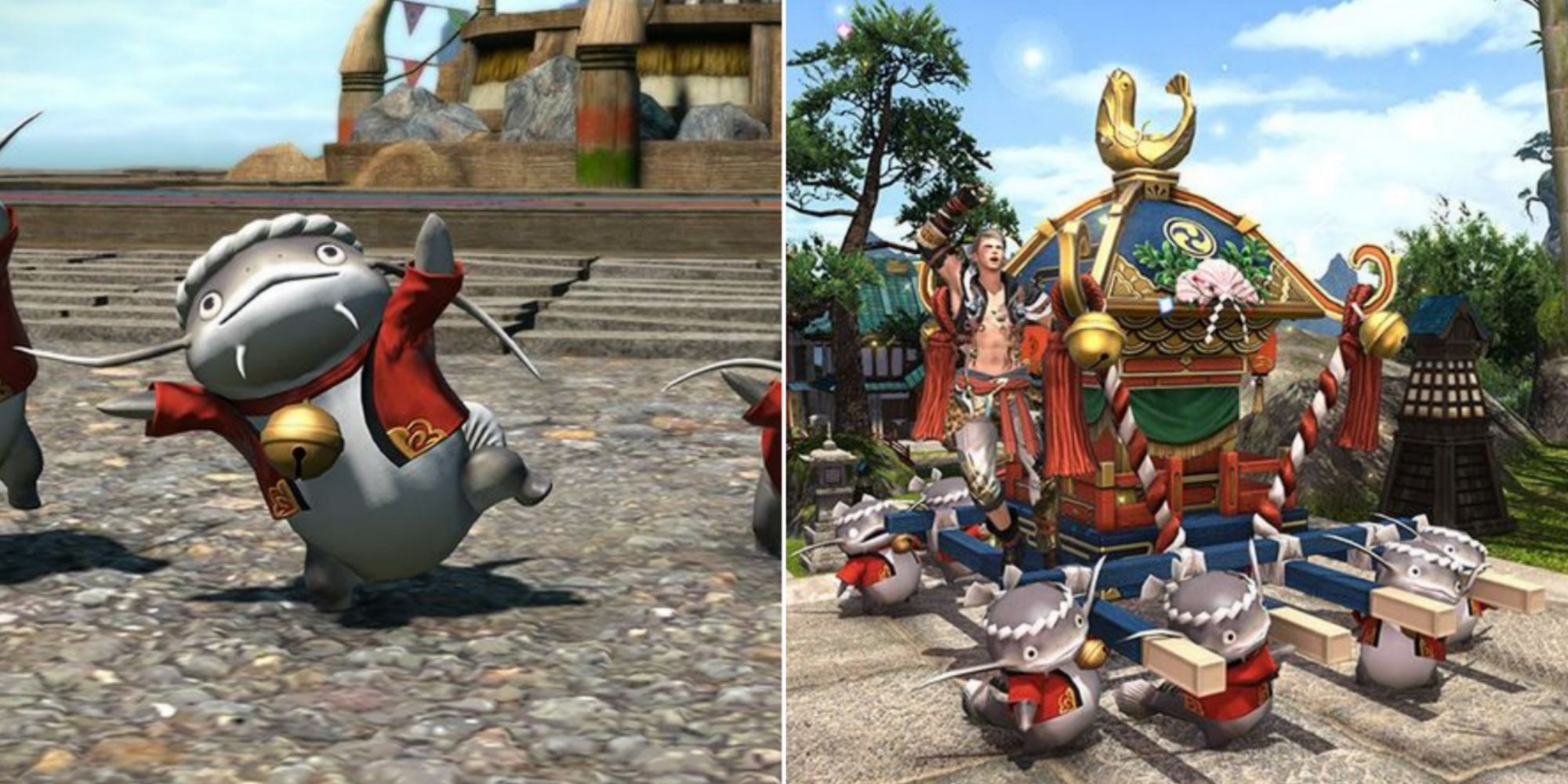 You aid the Namazu in saving their tribe from destruction by helping them throw various festivities. These pals are one of the most lucrative tribal quests available in Stormblood, even if they’re a bit of a process to unlock.

The quests are more direct than other tribes, and you’ll get an emote at honored rank. While the mount isn’t available until bloodsworn rank, it’s a Mikoshi carried by the squeaking Namazu themselves. 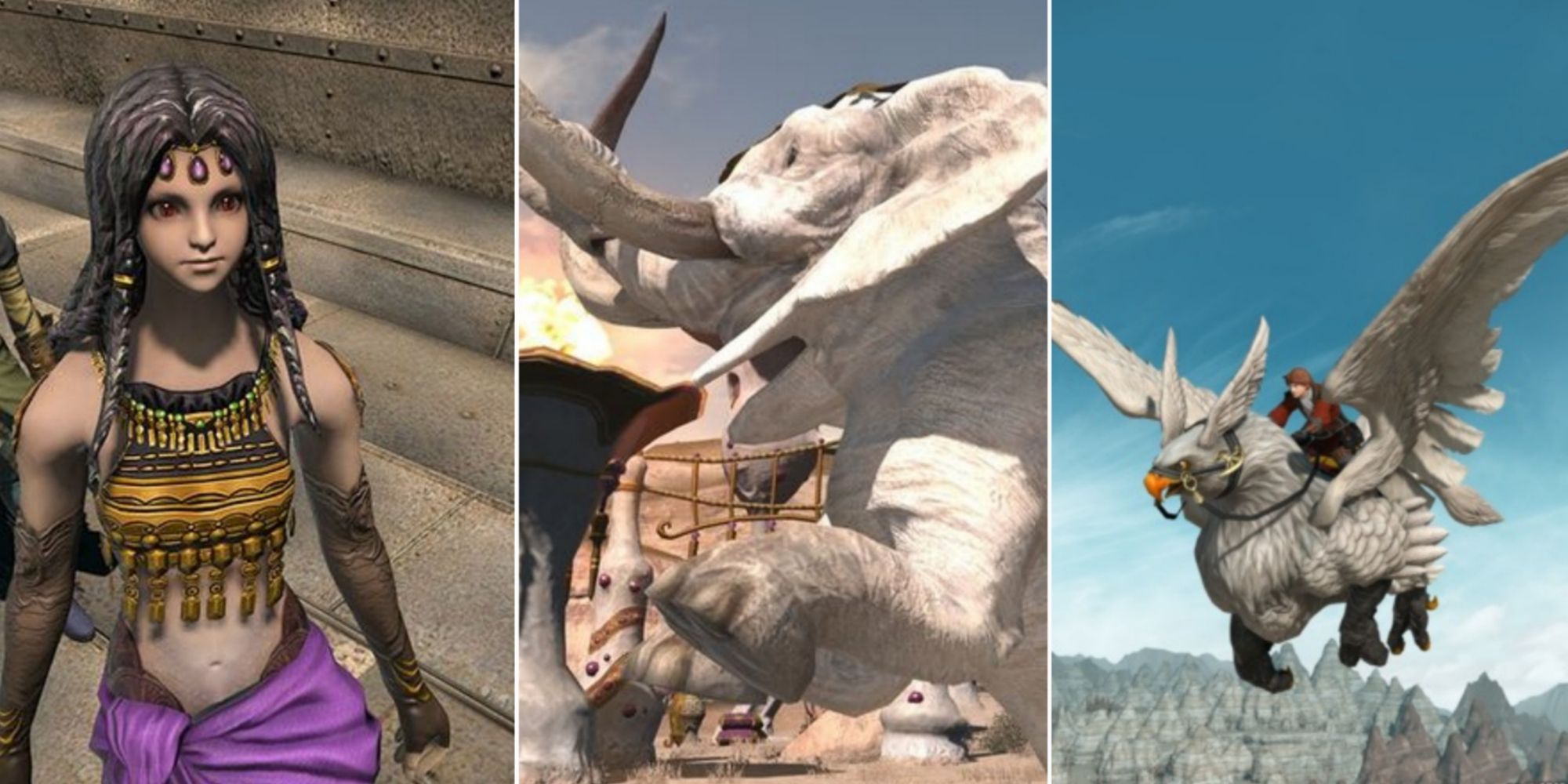 There are more ways to help a tribe and resistance than simply fighting, and the warrior of light aids an Ananta, who aren't great at combat, in these tribal quests. If you’re looking for some bang for your buck (time), then the Ananta is one of the best tribal quest lines out there.