Final Fantasy 7 Remake's battle director Teruki Endo has revealed that Tifa was the hardest character in the party to design.

To celebrate the 25th anniversary of Final Fantasy 7, the Square Enix blog is going through Final Fantasy 7 Remake chapter-by-chapter and asking the developers several questions about the game's development. The look back is now on Chapter 5, Dogged Pursuit, which is where Tifa rejoins the main party after briefly leaving it at the start of Chapter 4.

Because the chapter features the return of Tifa, one of the questions asked on the blog is about what it was like to develop Tifa's unique fighting style, as she's the only one in the party who focuses on hand-to-hand melee combat, as well as being the fastest. Final Fantasy 7 Remake's battle director Teruki Endo reveals that she was actually the hardest character in the game to develop as the team had to figure out how to differentiate her from the rest of the party. 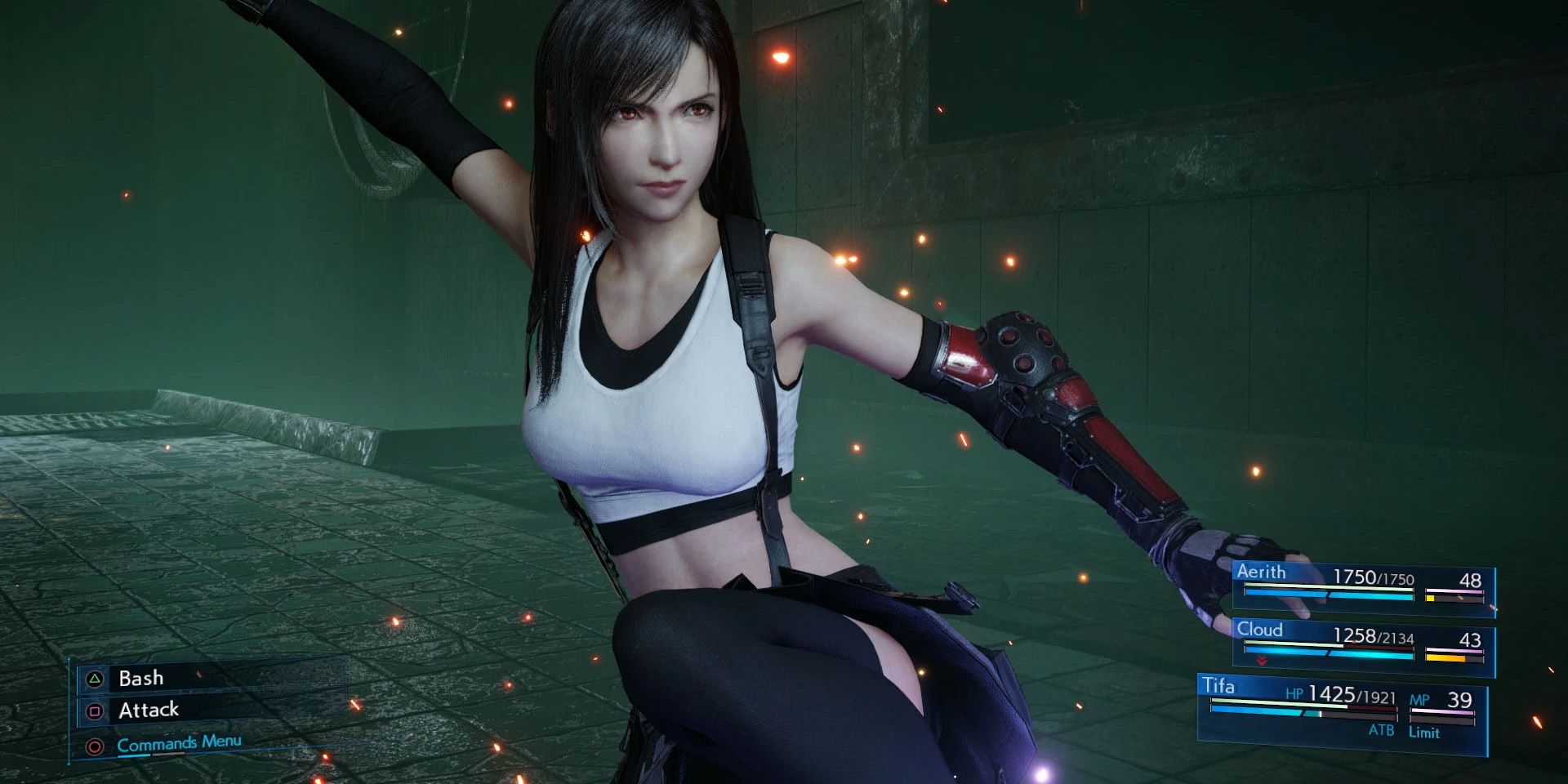 Endor said, "We wanted to create a fun battle system where the player would get enjoyment in lots of different ways from changing between characters as they fought, so we were very particular about differentiating the situations when each character would come into their own. It was comparatively easy to differentiate Cloud, Barret, and Aerith, but we had to think extremely hard about what defining characteristics we should give Tifa. I think that we managed to add depth to Tifa's mechanics by tying her abilities to the burst system that is one of the core pillars of FF7R's battles."

As Chapter 5 is the first in the game to properly let the player switch between three characters, Endo was also asked which character he tends to gravitate towards during his playthroughs. He said, "As you might expect, we put the battles in this chapter together with the expectation that players would be using Cloud a lot, as the story does centre around him. However, which character a player uses the most will differ depending on their play style and other preferences, so we designed it to work regardless of who you favour."