The Final Fantasy series is known for its villains. There have been a number of antagonists, all-powerful in their own ways, over the years. In each and every mainline Final Fantasy game, the heroes prevail and the villain loses – but what would happen if a villain from one game was pitted against the heroes of another?

Final Fantasy 7’s Sephiroth is often regarded as one of the strongest baddies in gaming history. While he is ultimately defeated, he puts up quite the fight against Cloud and friends. The next game in the series follows a group of powerful student mercenaries who defeat their own baddie, Ultimecia. But how would this group of super students do against Sephiroth? Here is our ranking of how strong these Final Fantasy 8 characters would be against Sephiroth with both one-on-one and multiple party member battles being taken into consideration. 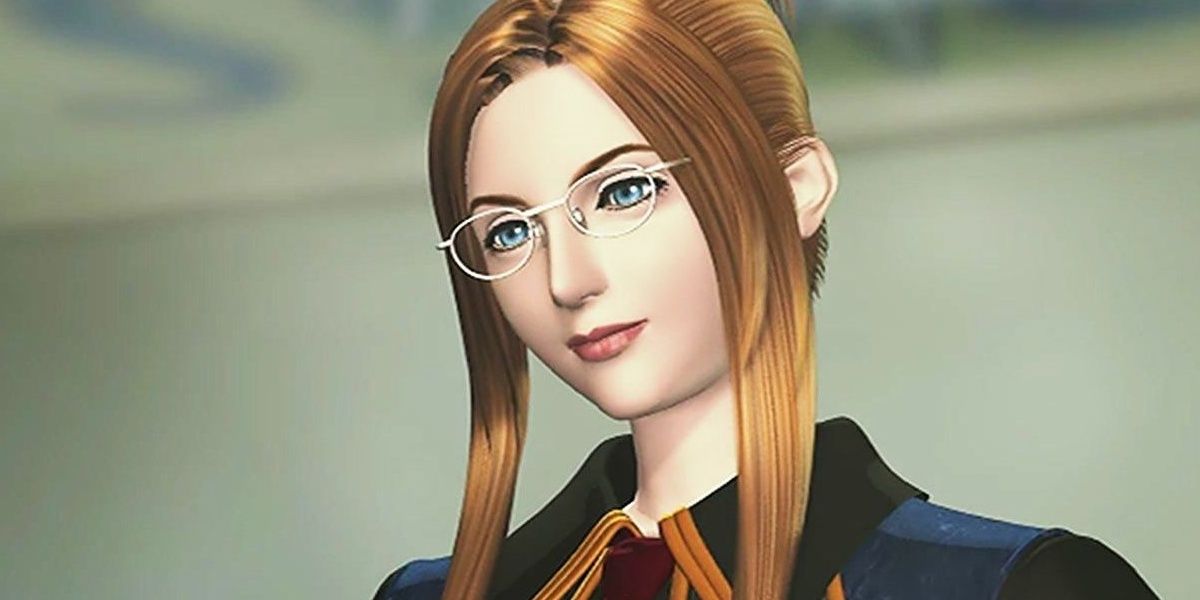 Quistis is known for being a former child prodigy. She joined SeeD at fifteen and became a very young instructor at only eighteen. In battle, she’s not really the best at anything, but she’s versatile enough. Her Blue Magic Limit Break lets her learn powerful healing magic which would be beneficial against Sephiroth.

She has powerful blue magic spells at her disposal, but more often than not, the damage output is best by every other party member except Selphie. One on one, Quistis would likely not be able to hold her own. 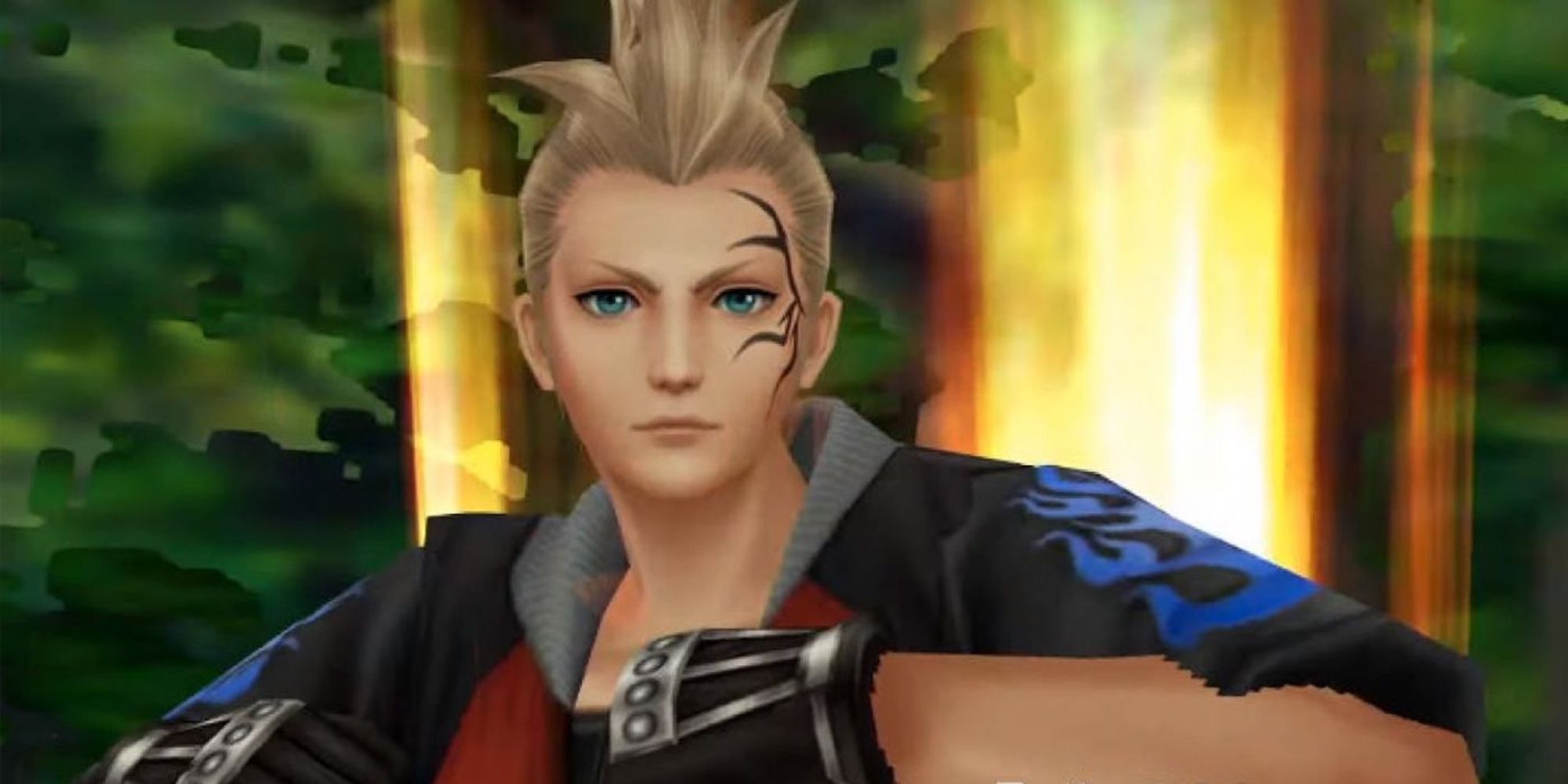 Zell is a powerful martial artist, but he’s no Tifa Lockhart. He is a strong fighter up close, but if he were to go one on one against Sephiroth, the poor dude would get sliced to shreds. In terms of statistics, he is also the only character in Final Fantasy 8 unable to max out his hit percentage at 255.

That would prove some trouble in a battle with the super quick sword stylings of Sephiroth. If Zell is able to get his hands on him, he does have high DPS output thanks to his Duel Limit Break. 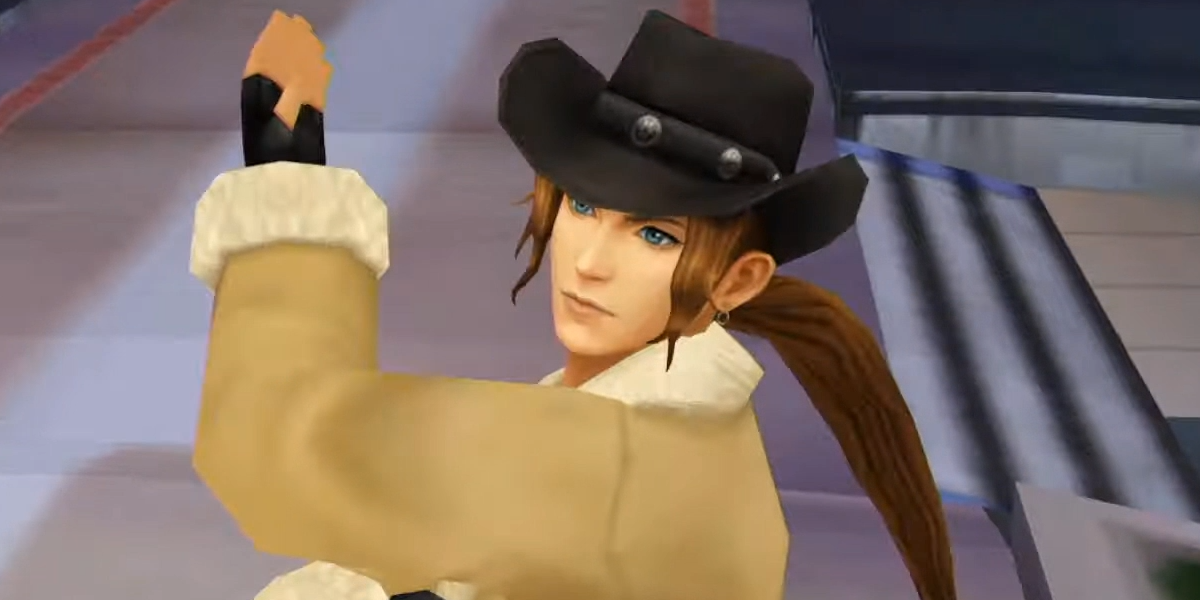 Irvine is a sharp-shooting, lady’s man and the youngest of the main party. His primary weapon is a shotgun. In battle, he relies on his Limit Break Shot which lets him shoot different times of ammo quickly at enemies.

Against Sephiroth, Irvine would be good at supplemental damage in a group, but likely wouldn’t be able to hold his own against him one on one. We know Sephiroth has a number of tricks up his sleeve and could likely dodge or nullify Irvine’s shotgun damage easily. 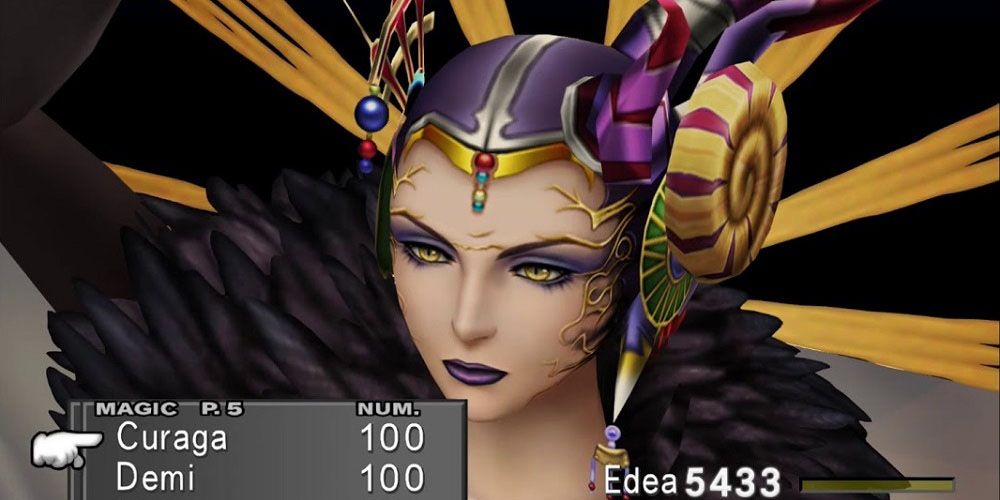 Edea is only part of the party briefly and in the context of the game and its battles, she excels at magic and not much else. She has lower stats besides her magic. She is, however, still an incredibly powerful mage even when she’s not being controlled by Ultimecia.

She’d easily be able to hold her own against Sephiroth one on one by casting high damaging magic. Her Limit Break is an all-powerful Ice Strike. If she were to face Sephiroth while controlled by Ultimecia, she’d likely rank higher, but we all know how that turned out. 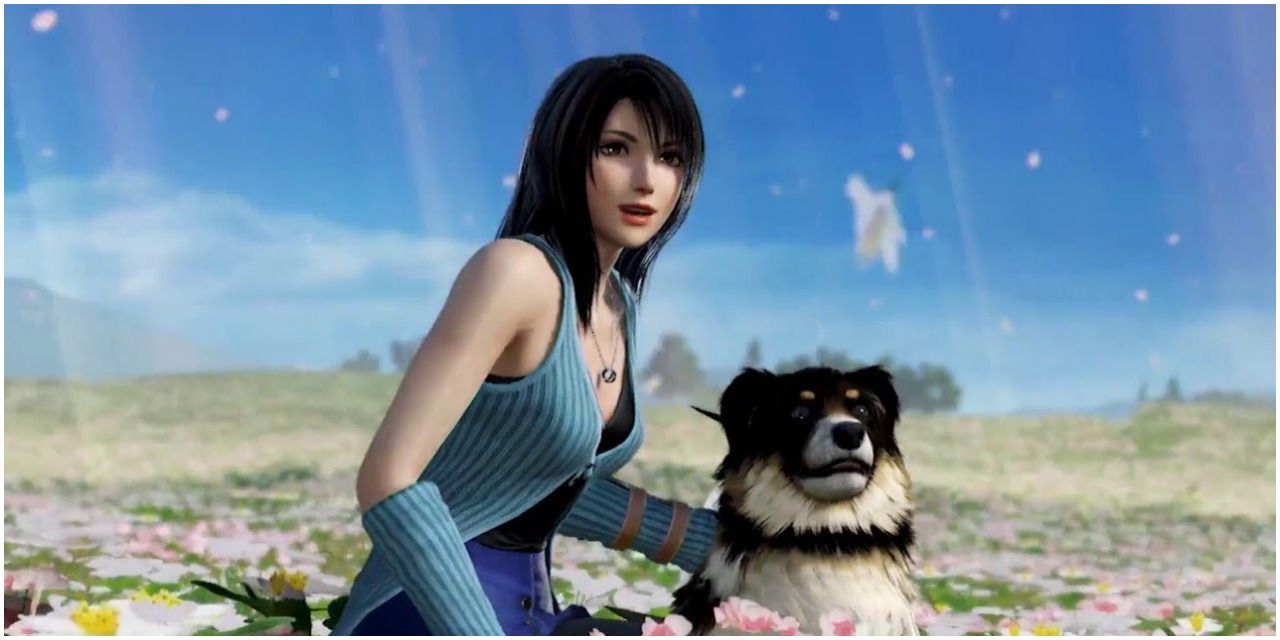 Not only is Rinoa immensely fashionable, but she's also a powerful fighter. She fights alongside her loyal dog, Angelo. With him, she's able to heal, do high damage, and even provide temporary invincibility. All of these would be very useful in battle against Sephiroth.

She also has a weapon that is long distance, so she wouldn’t have to worry too much about getting into close proximity of Sephiroth’s Masamune. Later on, she learns Angel Wing which allows her to randomly cast spells at five times their normal power, which would slow down any enemy or boss. 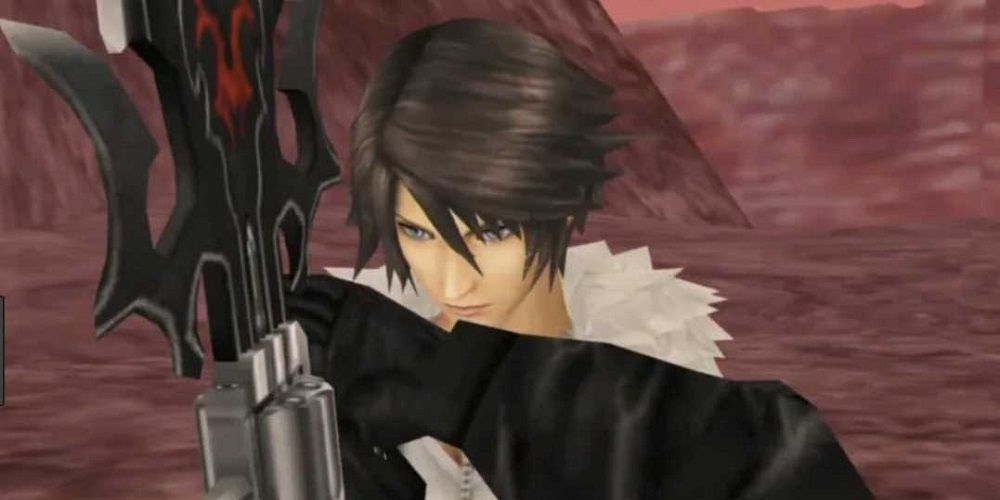 Squall is a beast with his gun and sword hybrid weapon. He runs on high strength and critical hits. His Limit Break, Renzokuken, allows you to hit R1 at the precise moment to trigger a manual critical hit and never miss.

His Gunblade provides a 255% hit rate, so he’s somewhat unstoppable. His other base stats are high, too. In battle, he moves and is trained similarly to Cloud, and we all know Cloud ruined Sephiroth. Squall would likely be able to do the same. 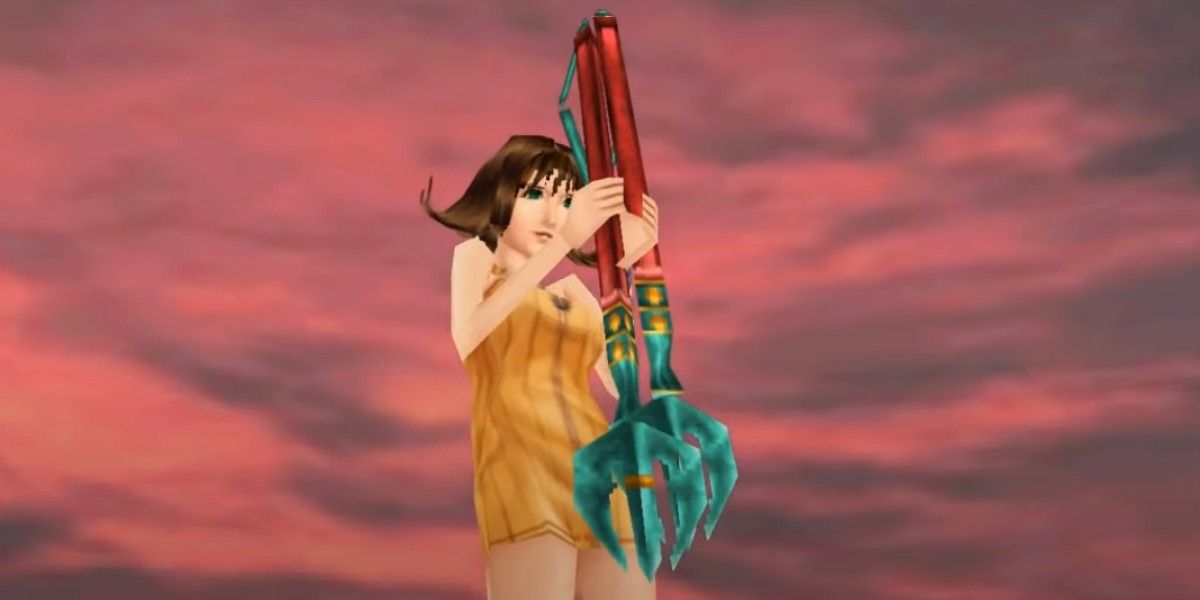 Selphie is often considered to be one of the weakest characters in the game and with good reason. Her damage output is low, and she just isn’t particularly strong, but she does have access to the most powerful attack in the entire game and perhaps in the entire Final Fantasy Series. Her Limit Break is called Slot and allows her to cast randomly select spells.

They can be cycled through to find a better one. One of those is called The End. It defeats any enemy (besides undead ones) or boss in one hit. The End. It’s over. She could easily spell certain doom for Sephiroth with this singular attack. Watch out, buddy!