Not too far into Final Fantasy 14, when you’re still only a little sprout getting the hang of things, you’re tasked with picking a Grand Company. These organisations represent the three main nations of Eorzea: The Maelstrom for Limsa Lominsa, The Order of the Twin Adder for Gridania, and The Immortal Flames for Ul’dah.

At the time, it feels like such a big decision, but they all fulfill the same purpose of helping move the main campaign along, while giving you a range of side content. You can earn Company Seals by completing various tasks, then move up through the ranks to unlock new goodies to spend them on. Grand Companies also act as a gateway to other content upon unlocking specific ranks, such as Squadron Missions, the Hunt, and Player Housing. You can also change your Grand Company (at a cost), so there’s no real panic about picking the wrong one.

While I enjoy what the Grand Companies offer, we haven’t seen them updated in a while and the whole thing feels stale. You can’t progress past the rank of Captain, even though the following ranks have been listed in-game for a while. To combat this, I think it's time for a fresh new addition. 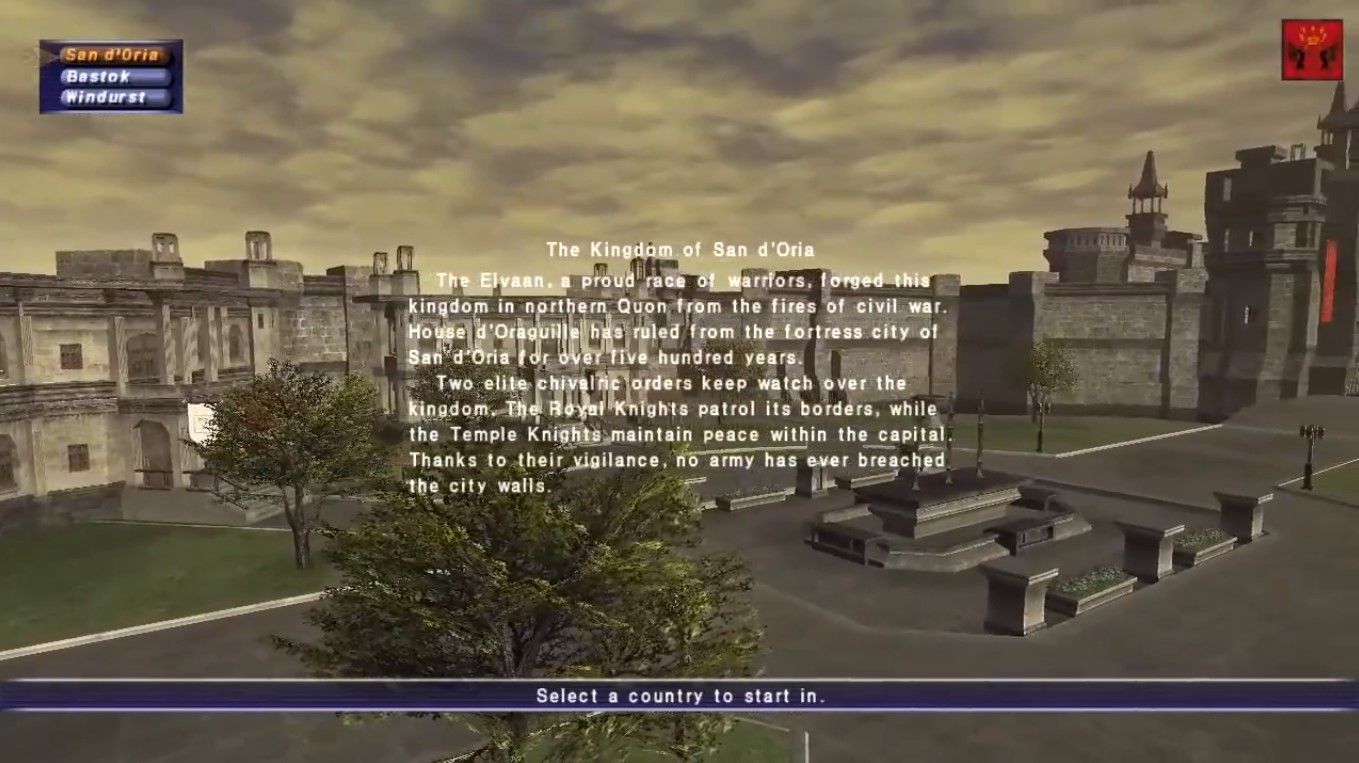 Final Fantasy 11, the series' first MMO, offers a different experience regarding home nations. (You’ll have to forgive me as I haven’t played FF11 in over ten years, so I’m no longer up to date with any changes it may have implemented since.) Players choose their starting nation upon character creation, picking between Bastok, San d'Oria, and Windurst, though they can change this later for a price, much like in 14.

To take advantage of the Conquest System, you must first grab the Signet buff from an NPC before leaving the starting town or outpost belonging to your nation. It only stays active for a short time, and you need it to earn Conquest Points from defeating enemies, and to ensure they drop crystals when biting the dust.

Signet also gives additional benefits, such as increased healing, no TP loss from resting, MP regeneration when under 50 percent, and more. Essentially, it’s a must. When your Signet runs out while in the sticks of some map far from an outpost, believe me, it’s a real pain. The last thing you want to do is make your party wait while you run somewhere to refresh it.

What I loved most about the Conquest System was the friendly rivalry it fostered between nations, something that we only really see in PvP when it comes to FF14. Conquest Points earned from all players of each nation contribute towards influence in each specific area of Vana’diel, at least in the base game. Every week, the Conquest Tally takes place and analyses all of the influence earned before ranking the three nations into first, second, and third place. 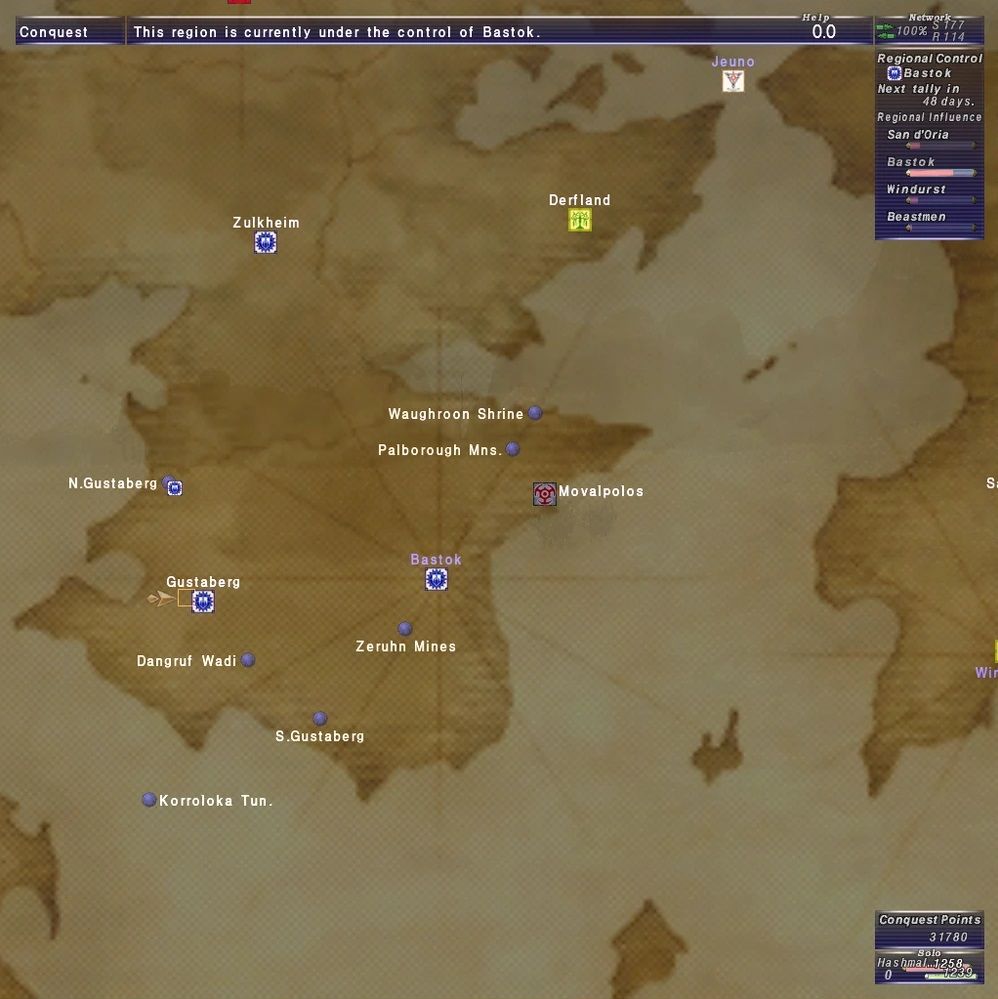 The nation that garnered the most influence in a specific area would gain control of that region for the week. This meant the outpost would belong to them, giving players of that nation easy access to reapplying Signet, a teleport home, NPC wares, and being able to set it as a Home Point. Plenty of items and equipment in FF11 are also tied to Conquest, so you’ll see better results for being in an area your nation owns.

The benefits and drawbacks don’t end there, though. Each city has regional vendors, but their availability relies on Conquest. If your nation doesn’t own the region that the vendor has wares for, they won’t be selling their wares in your city. It makes sense, as if they can’t safely get their regional goods because your nation’s soldiers aren’t there to protect them, they can’t sell them. Some vendors will only sell items to you if your nation is ranked first or second, and you can even buy items from certain vendors from other nations if your own outranks them.

There is actually a fourth player involved — the Beastmen. They are able to take control of an area if enough influence for a player-based nation wasn’t accrued. When this happens, you can’t earn crystals in the area, and there are no outpost NPCs to help you out.

There are some extra bits tied to Conquest, like Expeditionary Force and Garrison, but the main thing I wanted to convey here was that sense of player action making an active difference in a little friendly competition with their fellow nations. While it might seem weird to advocate for something that could see you left short-handed and without access to certain wares, the consequences are what made people care. 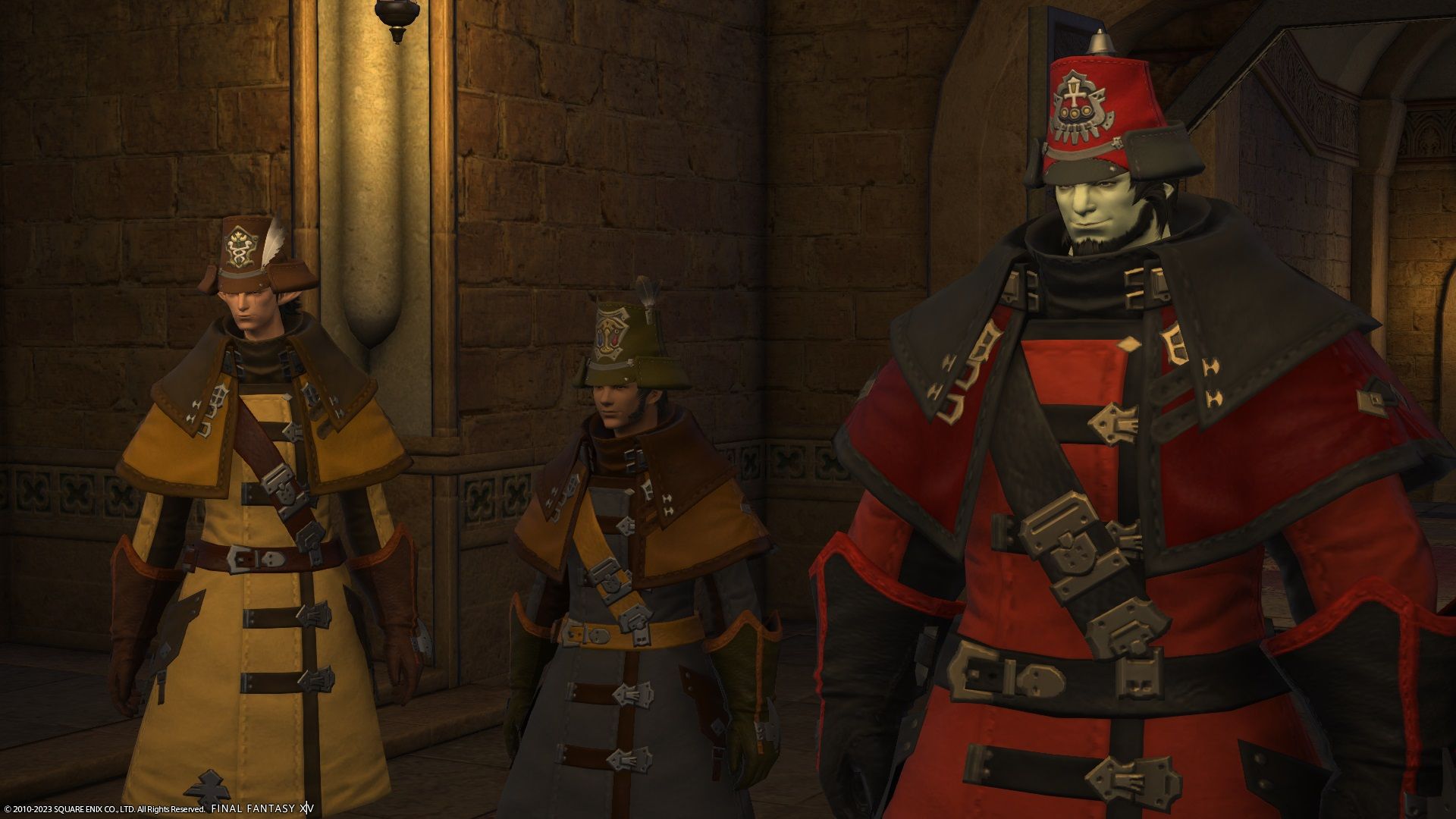 Every Sunday, my friends and I would eagerly await the notification that the tally was starting, preparing ourselves to rip into the losers in our Linkshell. Oh, and to make it worse, the lower your personal ranking and your nation’s ranking, the less time your Signet lasted for. So you really didn’t want to be the losing nation.

I’d love to see FF14 expand Grand Companies in a similar way. While it might not make sense narrative-wise for Gridania to own one of the map areas in La Noscea suddenly, I feel like Square Enix could easily come up with some excuse. Maybe the nations just decide to do a fun competition. Perhaps some new threat means all hands on deck across all areas, so you get other nations crossing borders to help out. I don’t know. I just want it to be a bit more interesting.

Right now, Grand Companies feel largely forgotten without any recent additions to freshen them up, and I’ve always lamented that your choice of Grand Company feels as though it doesn’t make any real difference in the world. Let’s give players something to be competitive over outside of PvP. Maybe it could help to encourage players to help out in FATEs and Hunts of lower-level areas again, too.

Aside from how funny it would be to see the silly nicknames players come up with to mock the other nations when they lose — as I’m sure all FF11 players remember sniggering at “Lastok” — it would be great to find a new way to unite players in a common goal. Arguably something that a multiplayer game can never have too much of.