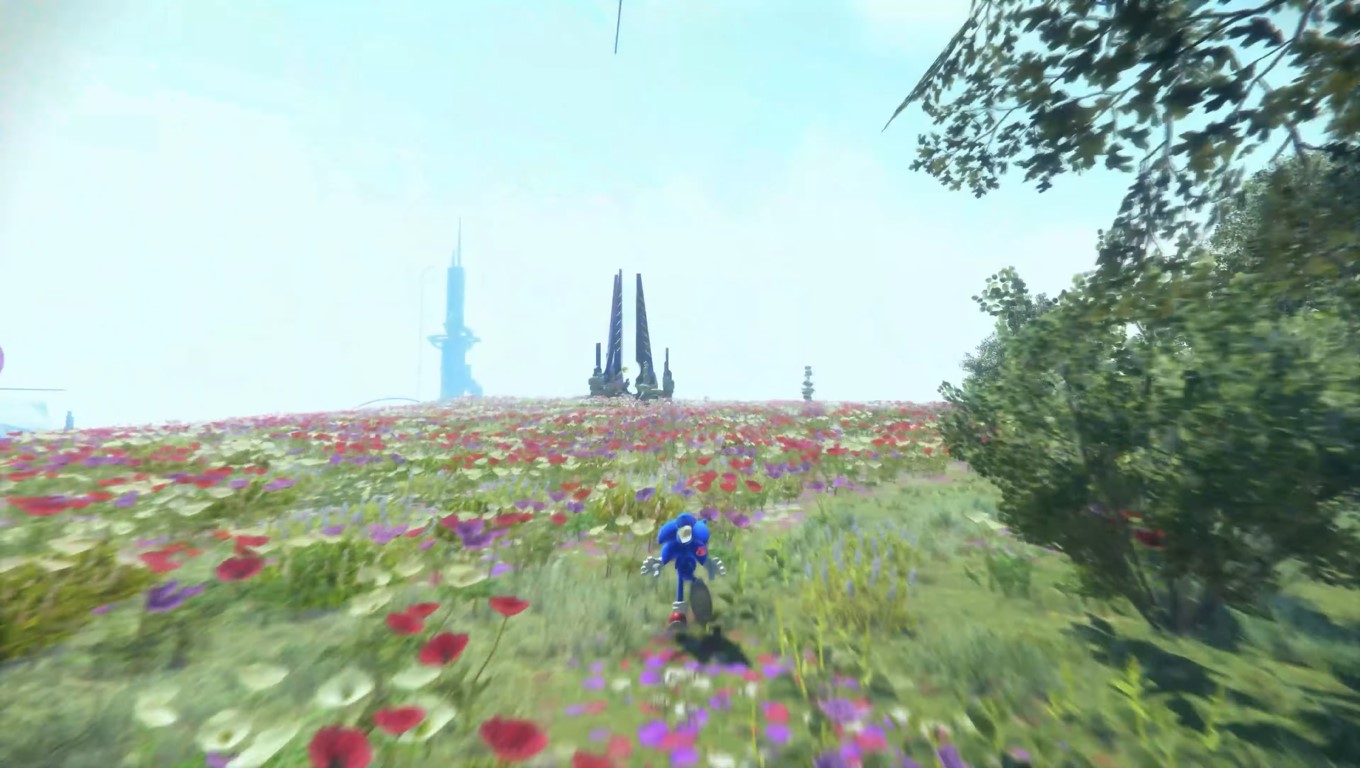 Why worryingly? Well, as anyone who’s played a Sonic The Hedgehog game in the last two decades will know, they almost always seem promising at first, before gradually seeming less and less so – until the final game is finally revealed to be a dud.

The weight of history might be against it, but hopefully that’s not the fate of Sonic Frontiers. The teaser trailer below is very short but it’s the first time the game has ever been shown in action, with Sega promising a series of more detailed reveals throughout June.

As such, there’s no explanation as to what’s actually going on in the footage, although it does have a noticeably more serious, less chirpy, tone than usual, with muted colours and music.

The only thing that’s been seen of Sonic Frontiers up till now is a few shots of the open world environment and then, as now, it’s peculiar how reminiscent it is of Zelda: Breath Of The Wild.

It seems unlikely the game will play very much like it though, and indeed the footage shows some pretty standard rail grinding, boss battles, and… we’re not sure what’s going on with those metal balls.

The point is though, that the graphics look good, the atmosphere seems intriguing, and there’s clearly a lot of money and effort that’s gone into it, which would certainly be a change from other recent 3D Sonic games.

In a normal year you’d expect a longer trailer to be unveiled at E3, but since there is no E3 this year Sega is planning to reveal all on IGN.

This will apparently include hands-on impressions, interviews, and ‘more’. The coverage will begin at 5pm BST on Wednesday, June 1, although what exactly will be revealed on the first day is not yet clear.