There are more cancelled Half-Life projects than full releases, whether it's Episode 3, Half-Life 3, Return to Ravenholm, or the many other variations of each that didn't pan out. Getting to Alyx was a long and windy road with a beaten-up jalopy and somewhere along that road, Arkane was brought in to develop Ravenholm, its own spin-off.

It isn't the first time Valve has hired another studio to work on an expansion. After the first game, it brought in Gearbox to develop Blue Shift, Decay, and Opposing Force, but Ravenholm was set to launch after Half-Life 2, developed by Arkane before it had its breakout with Dishonored. Noclip revealed as much in 2020 with never-before-seen footage and new interviews with the team. Jump ahead to 2022, and it has unveiled an hour-long video of the now-defunct game.

It starts off in Father Gregori's kitchen, the gruff shotgun-wielding monk who ferries us through a zombie-infested refugee town. We see the player bashing away the undead with a new punch mechanic, hurling their ragdoll corpses over railings in the underground facility. Some zombies even grab makeshift weapons like pipes. These zombies are very different from the ones we've previously seen – they don't even have headcrabs.

The opening gives us a new look at Gregori who is wearing a slightly more contemporary outfit. He takes us to a rustbucket windmill, a leftover of Half-Life 2's cut content. But to reach that point, there are a few new electricity-based puzzles to solve, something that's distinct and recurring in Ravenholm.

There are puzzles which have the player pick up electrical conduits (chairs) to connect power points to open doors and elevators as the focus of the early game seems to be teaching the player this new mechanic.

Later in the video, we see a section that relies heavily on the flashlight as the player navigates cramped spaces in the dark. There's a new zombie variant to compliment that eerier setting – it can leap up to vents and scurry around before returning to catch the player off guard, hurling objects at them. Finally, the video ends with a segment set in an office, the player fending off zombies while remnants of survivors can be seen in the hurried barricades and scattered objects, hearkening back to the original Half-Life with a sprinkle of Left 4 Dead. 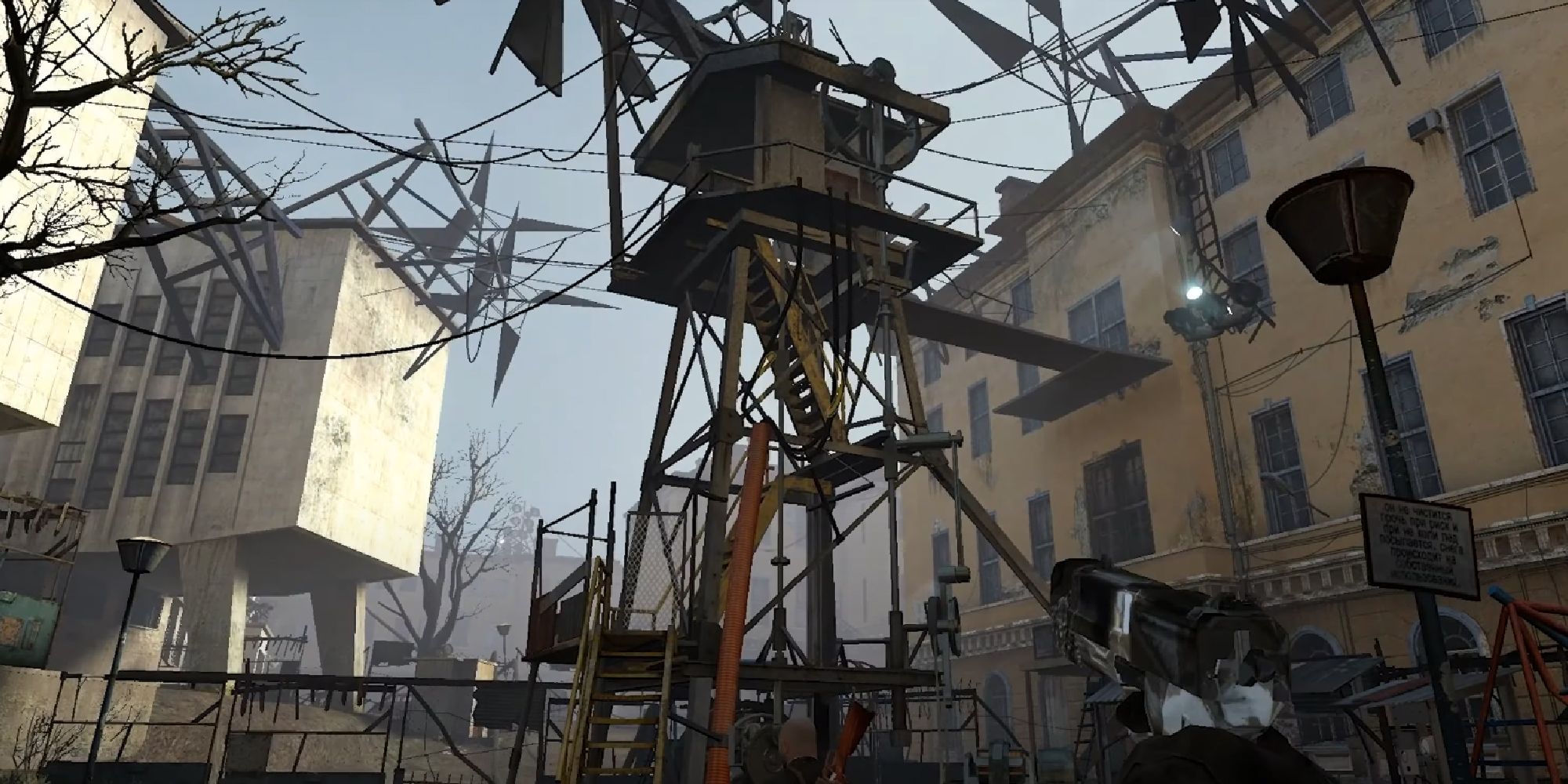 We know a little about Ravenholm aside from the footage shown today – it wasn't Episode 3 but rather a spin-off, starring a new character that wasn't Gordon Freeman. And it began development around the same time that Junction Point was working on its own Half-Life, a time when Valve was experimenting with letting others take the reins.

Ravenholm never saw the light of day, but as with any cut content, abandoned project, or loose story, the modding community will no doubt jump to action to pick it apart and find something worth diving deeper into. Maybe one day we'll see this abandoned game completed by a team of fans. But for now, we have a whole new hour of never-before-seen Half-Life.