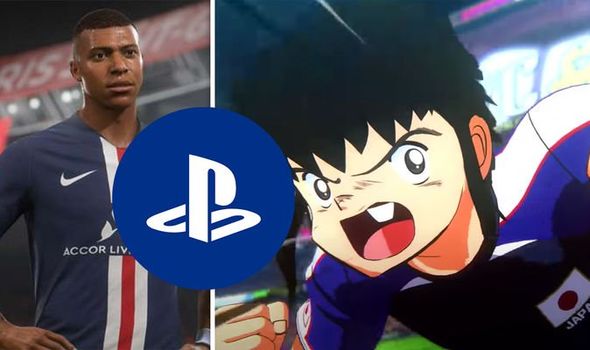 FIFA 21 and Pro Evolution Soccer 2021 face some stiff competition this year, as Captain Tsubasa gets a new trailer and release date.

Unlike games like FIFA and PES – where the action aims to be as realistic as possible – Captain Tsubasa hearkens back to a time when arcade-style football games were all the rage.

According to the official trailer description, the game will actually feature two story modes, as well as a host of other online activities.

“Follow Tsubasa’s personal journey or create your own avatar in the two story modes featured in Captain Tsubasa: Rise Of New Champions, and play online with up to 4 friends in a variety of modes to be revealed soon!” reads the official description.

The end of the trailer re-confirms the August 28 release date for PlayStation 4, Nintendo Switch and PC.

Fans can purchase different versions of the game, each with its own special bonuses and collectibles.

This includes a Collector’s Edition, complete with an art board, figurine and embroidered badges.

It’s all bundled together in an impressive collector’s box, which is available on PS4 and Nintendo Switch.

It’s said to feature intuitive arcade controls, as well as a host of flashy dream moves.

“A new Captain Tsubasa game is here, 10 years after the release of the previous console game!” reads the official description.

“Captain Tsubasa is a manga masterpiece, globally beloved even now in 2020. The new console game will be released as an arcade football game.

“Everyone can enjoy exchanging super plays against rivals with up to date graphics! The latest Captain Tsubasa game with toon shading and realistic effects!”

You can try it for yourself when Captain Tsubasa Rise Of New Champions launches on August 28.