In Forspoken, there are optional bosses scattered throughout the world for Frey to take on – some of them are Giant Nightmares, some of them are special unique enemies, but most of them are Mutants. These beasts, infected by the Break, are very tough fights intended to challenge those quite far into the game.

You get some pretty great rewards for beating Mutants – not only do they grant a nice chunk of experience, but they drop some very valuable crafting items that you'll need to collect if you want to reach the highest heights that Forspoken has to offer. 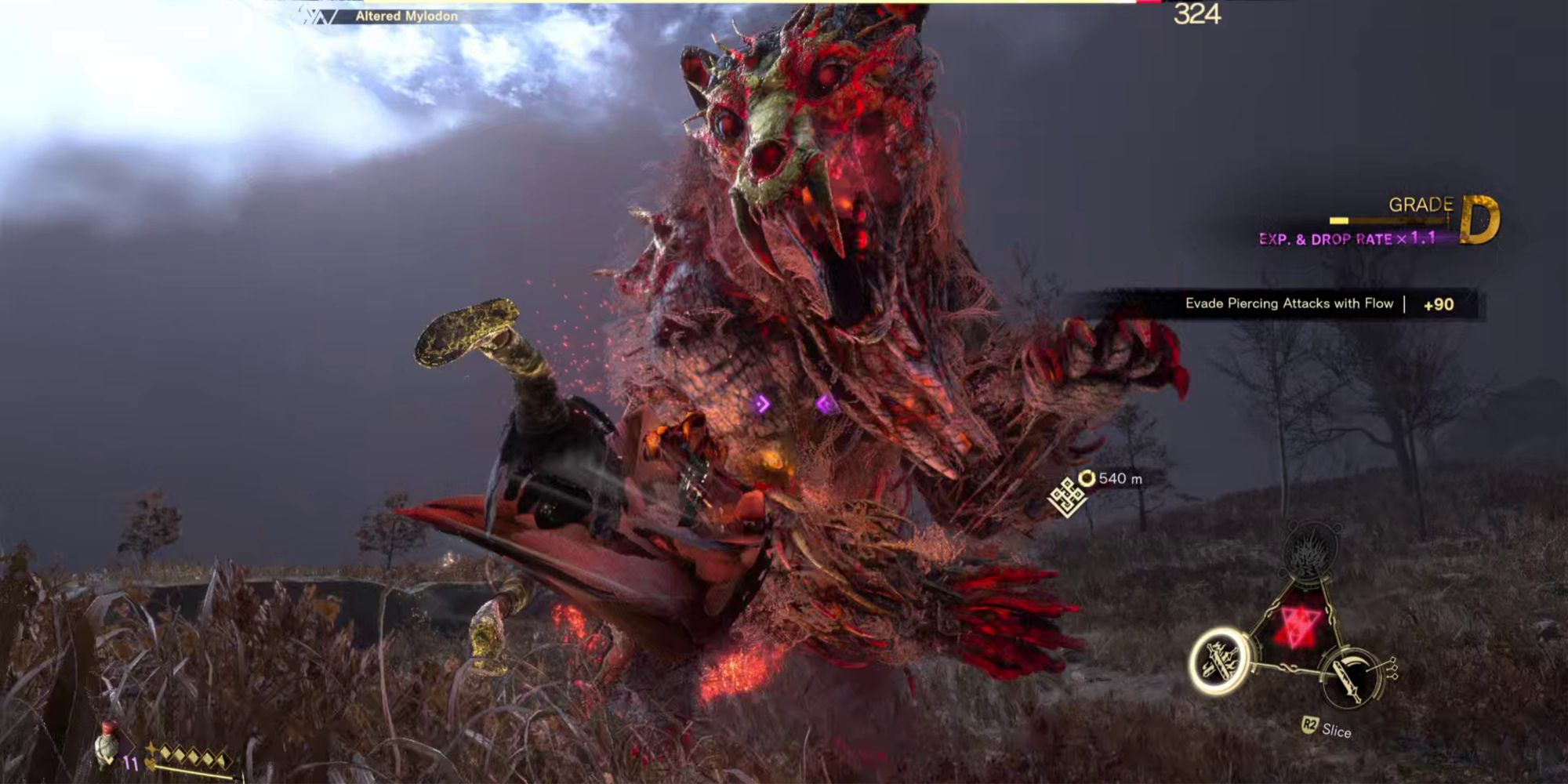 This is likely the first mutant you'll face in the game thanks to its location, and it's probably going to put a lot of new players off fighting mutants entirely.

The Altered Mylodon is a very aggressive attacker, and it has quite a lot of health to boot. You'll want to put off fighting this beast until you're a fair bit into the game. Specifically, you will want to wait until after you've defeated Tanta Sila, as this gives you access to Sila's Magic – fire spells that the Mylodon is actually weak to, instead of Frey's Magic, which the bear just shrugs off.

If you wait until much later in the game, you shouldn't have much trouble at all, but if you want to take the Altered Mylodon on as early as possible, here are some tips:

You will get four Lambent Garlands for beating the Altered Mylodon. 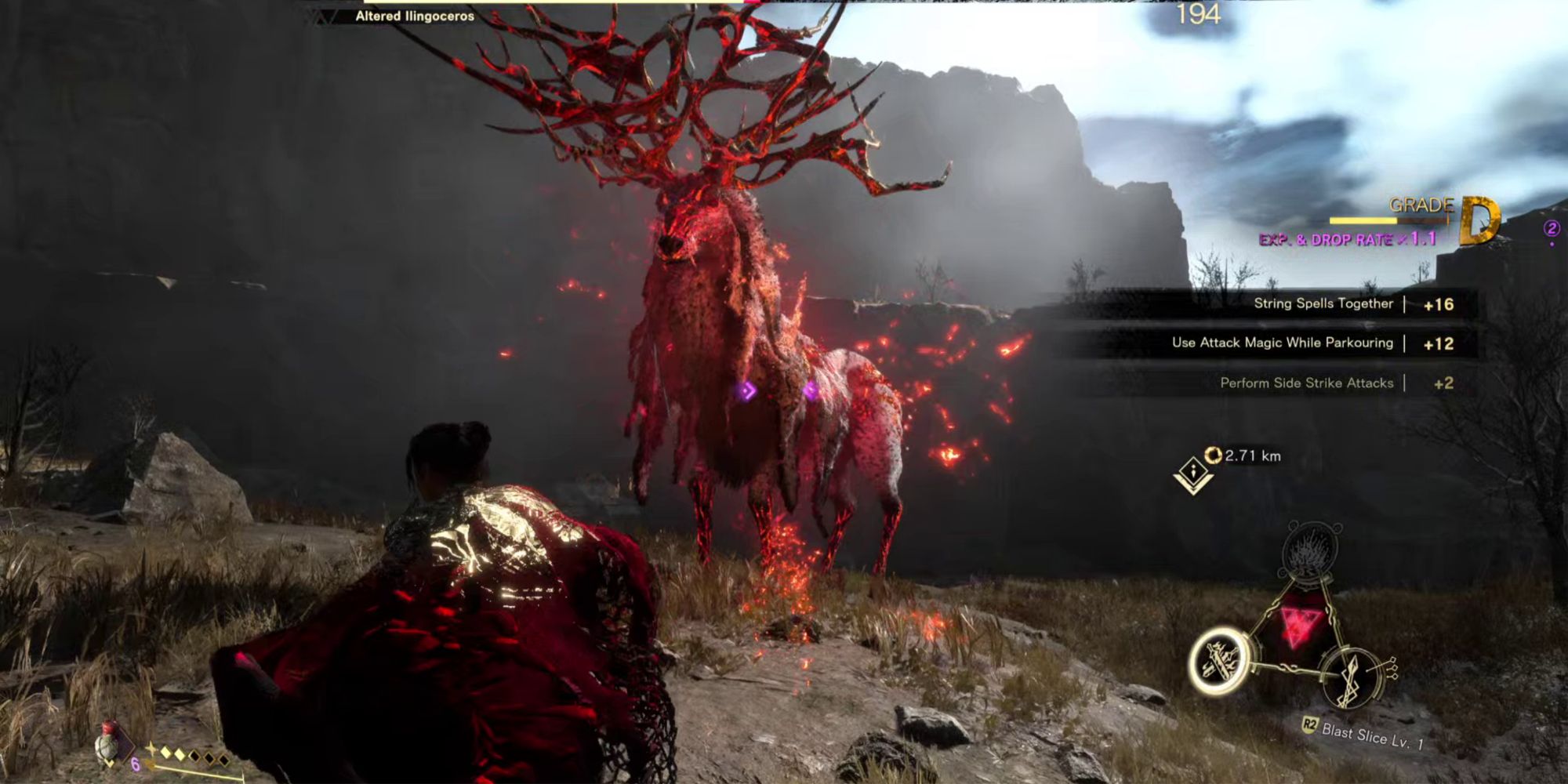 The one thing that the Ilingoceros has over the Mylodon is that it is far more agile – it will spend a lot of the battle jumping around, and high in the air at that. You'll find that aiming your attacks is a chore.

You can safely take on the Ilingoceros after beating Tanta Sila, using her Blast Slice spell – if you're still early in the game, you don't want to be getting up close and personal.

This beast has an unblockable attack (with the red indicator) consisting of a short leap at you and then a ground pound. As soon as you see this attack starting, immediately start Flowing away – this attack inflicts a defense reduction, making it even more likely that you get one shot if Cuff breaks.

If you've learned it, use the Aegis spell to dispel the defense reduction when you get hit. 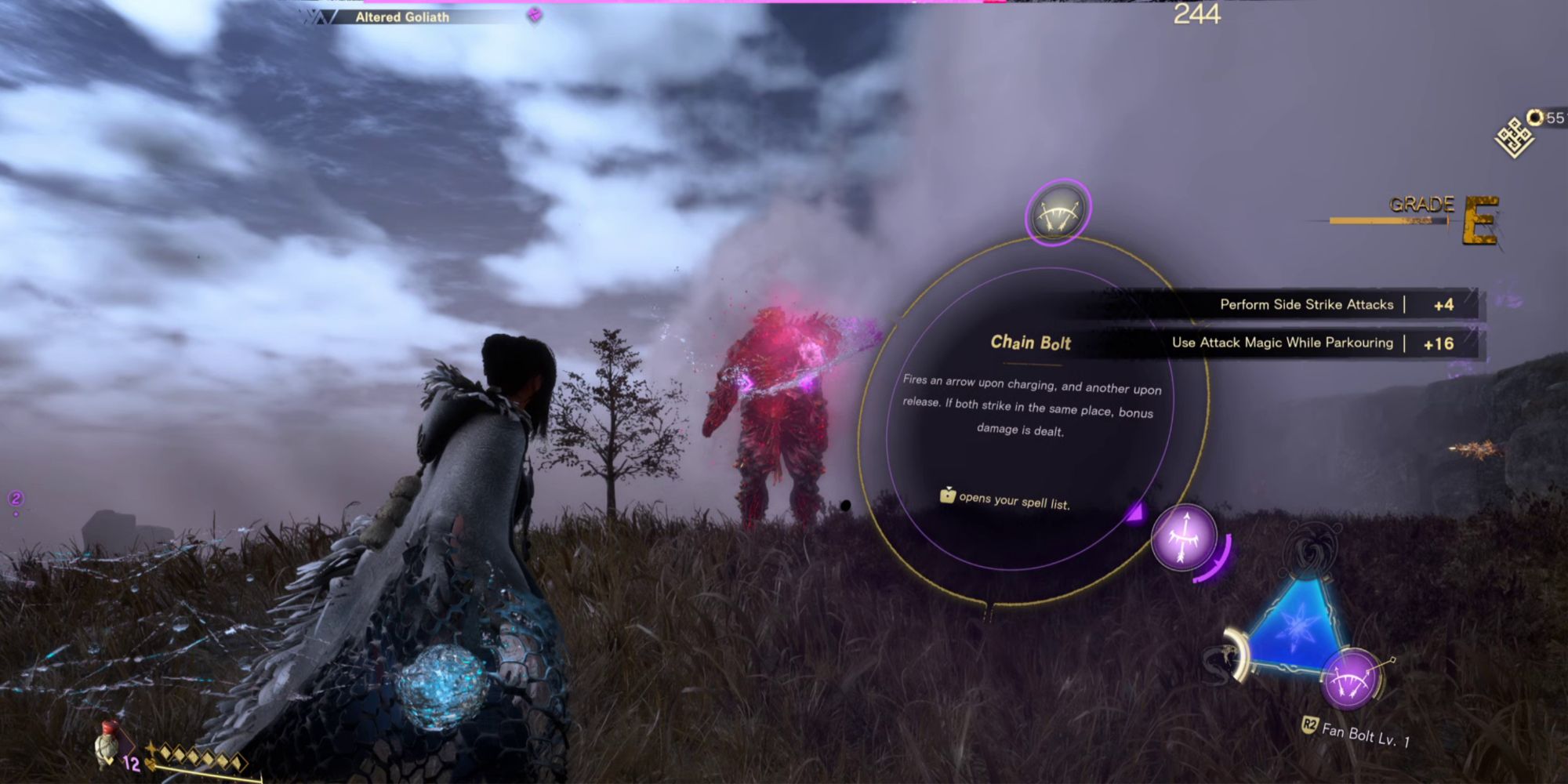 The Altered Goliath on the Blessed Plains might very well be your first encounter with ogre-type enemies – there is something very important to know about these foes: they recover health constantly.

There are only two ways to deal with this:

As you might expect, taking on the Goliath before you have access to poison via Prav's Magic is not really a good idea. Once you've obtained that spell, you can take on the Goliath reasonably.

Keep poison up at all times – you'll know that the Altered Goliath is poisoned as its health bar will turn purple.

As long as you keep out of the way of the Goliath's ranged attacks and make sure to aim at its weak spot, the tendril coming out of the back of its head, you should find the battle relatively easy. Chain Bolt is the best single-target Blue Magic spell.

You'll get four Lucid Garlands for beating the Altered Goliath. 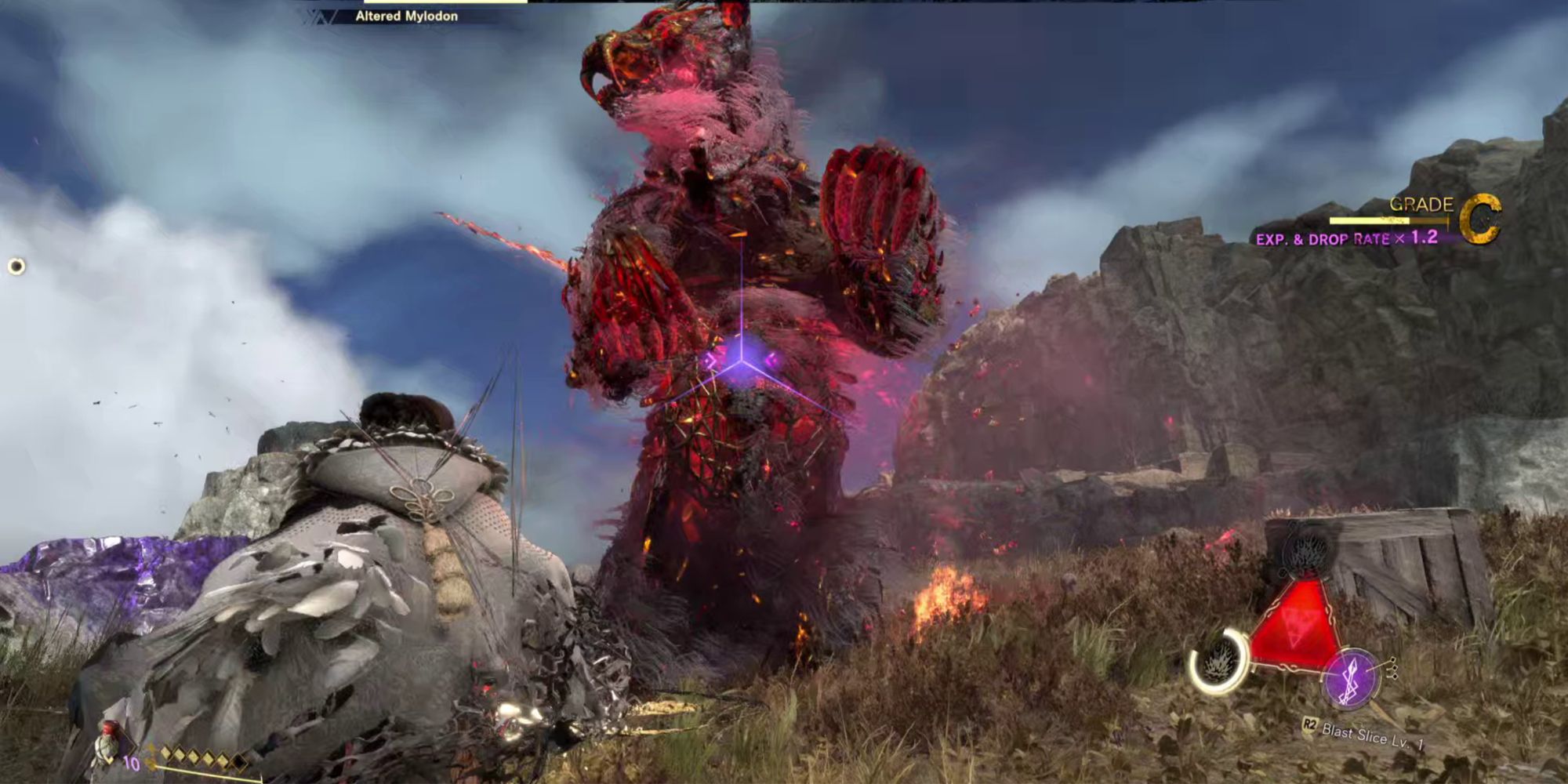 This encounter with an Altered Mylodon is functionally the same as the one in The Barren Plains, but the terrain is a little tougher to deal with. This might make the agile nature of the enemy a bit trickier to deal with, especially if you rely on the lock-on function. Still, you can follow the same tips that we outlined above.

The Blessed Plains is still quite an early area, so don't feel like you should take this beast on as soon as possible – you should wait until you have some Red Magic at the very least. Combining Blast Slice with Fusillade is a great combination for maximum damage, especially as the resulting barrage of hits is likely to knock the enemy down, ready for a Finishing Move. 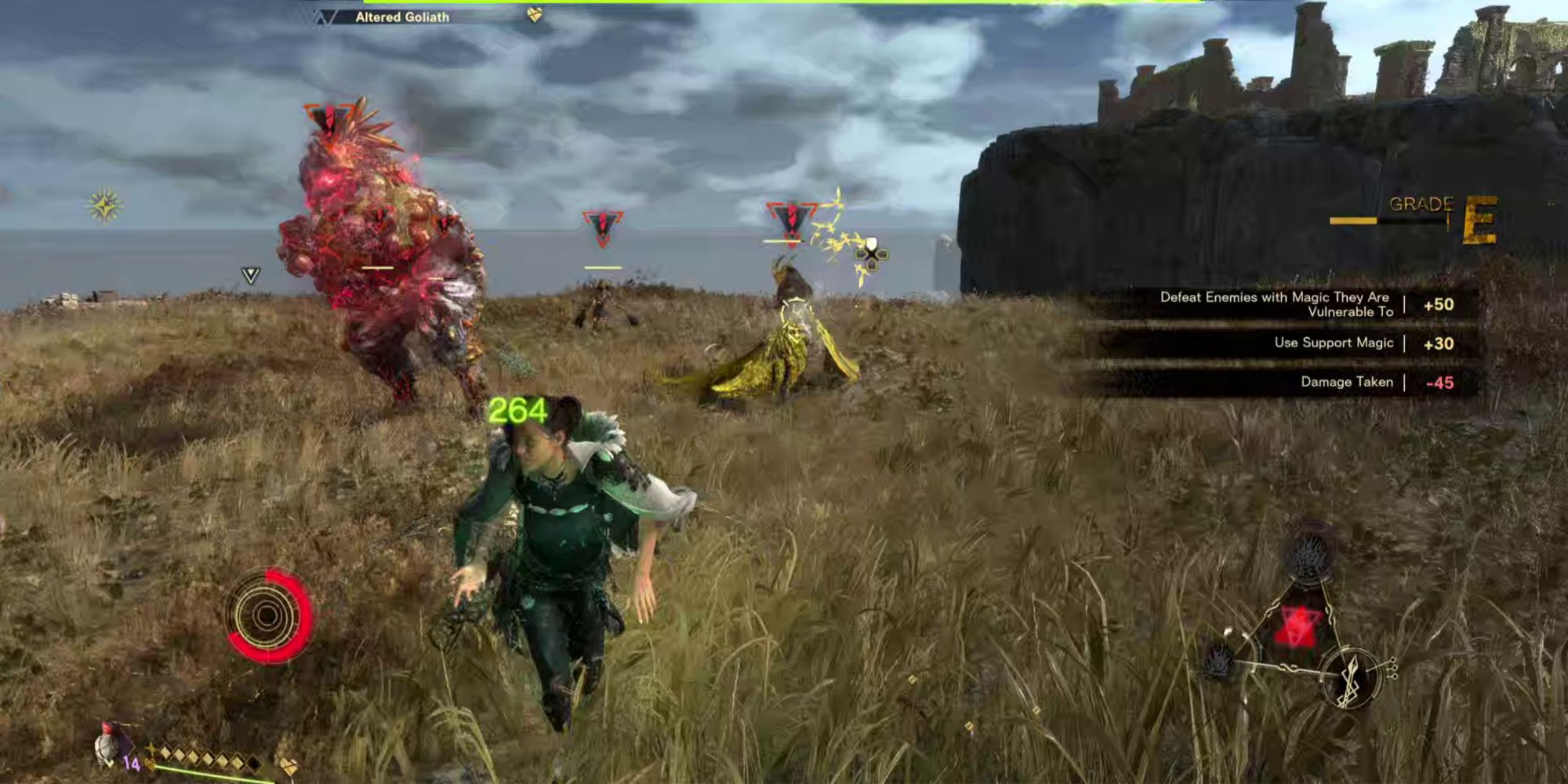 This Goliath is backed up by a large pack of Kelaino. These annoying birds can inflict daze, draining all of your Stamina and leaving your dodging and Flowing abilities severely hampered. For this reason, you'll want to get rid of them as soon as you possibly can. A Frey who cannot dodge is a Frey who gets hit by the Goliath's strong Unblockable attacks.

Kelaino are very weak to Sila's Magic – use the close-range attacks to zoom in quickly to these agile beasts and take them out quickly.

After beating the Kelaino, you can take on the Goliath with the regular strategy (detailed above). Apart from their leaping attacks, Goliaths tend to be quite slow, and their ranged attacks are heavily telegraphed. This should make the battle quite easy – by the time you can take it on, you'll have enough practice running circles around the slower, bulkier enemies.

You'll get four Lucid Garlands after beating this Mutant. 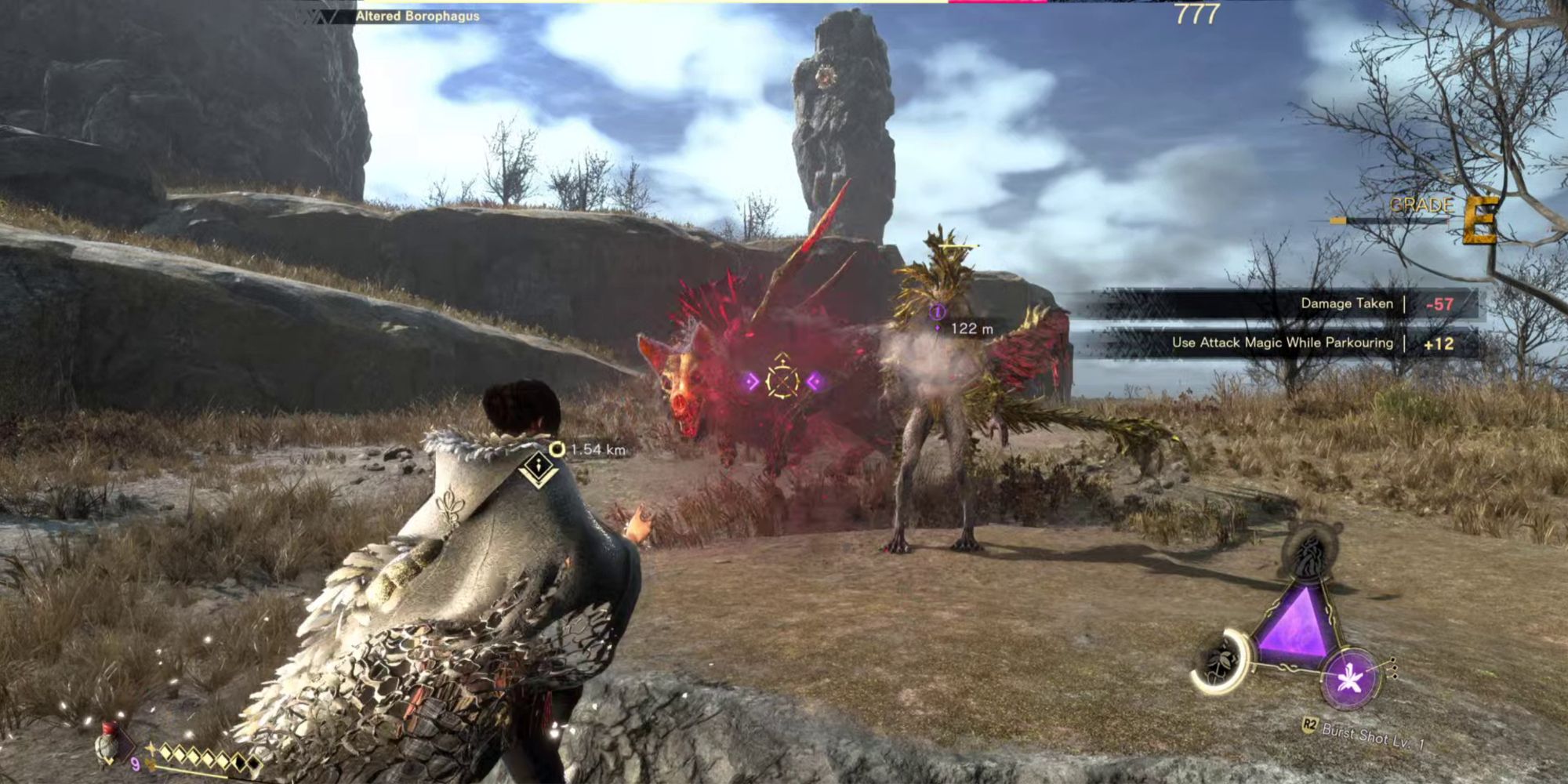 This is probably the most annoying Mutant fight in the area around Cipal. This Altered Borophagus is backed up by some other enemies – namely a Gruagach, a Hylonomus, and a Harpagos.

If you want an easier fight, take out the minions first. Get rid of the Harpagos first – the winged creature – with Red Magic. Next should be the Hylonomus, which is weak to Purple Magic. They are the most annoying thanks to their speed and attack varieties. The Gruagach is less threatening, so you can safely ignore it until you deal with the Borophagus.

When the Borophagus roars, it gives itself an attack buff – you'll want to be very wary when this happens, as it can drain your entire health bar in a single hit, which makes it very easy for the smaller enemies' incidental attacks to finish you off. If you get hit, heal immediately. For this reason, it's important that you do not take this fight on without a full stack of Healing Draughts – use some Firewood to camp near the fight location if you need to craft conveniently.

The Borophagus is weak to Frey's Magic, so equip your best cloak and necklace that boost this. If you have Burst Shot level three unlocked, you can use this to deal hefty damage to both the Borophagus and its minions, simplifying this fight entirely.