Forspoken's PC spec requirements are disapointly hefty, with developers recommending that your set up has 24GB of RAM for an average performance. Even with such a high requirement, players with a 24GB will seemingly be locked at 30fps too, with 32GB of memory needed to reach 2160p and 60fps.

This news, which was revealed via Twitter, has shocked fans, who say that these recommendations are far too high. Some and therefore predicting that the PC version of the game will be poorly optimised, expecting performance issues when it launches on January 24.

To make matters even more interesting, the tweet that detailed these requirements was deleted while we were in the middle of writing up this article. It was then later reuploaded with seemingly no changes, so it's not clear if this was in relation to the PC spec pushback, or completely unrelated.

It remains to be seen if the developer or publisher walks back on these requirements, but it seems unlikely that this was a mistake. The news was revealed as part of a pre-recorded message, and shown in a graphic that would have been prepared by the team too, giving them plenty of opportunities to realise that the incorrect requirements were listed. 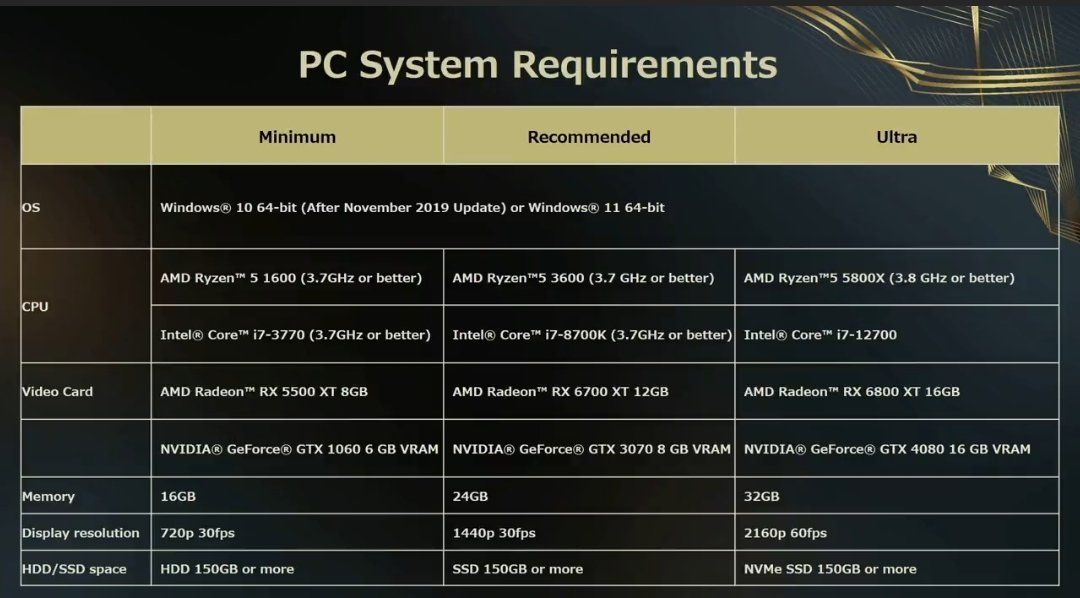 If these figures turn out to be an accurate reflection of how the game performs on PC, then it's bad news for those of you with the minium requirements of 16GB of RAM. It seems that you will be locked at 720p and 30fps, shockingly low for a 2023 release.

We'll find out how it runs for good on January 24, when it launches across both PlayStation 5 and PC. Unfortunutely for PC players, the current demo isn't available on the platform, so it seems that you'll have to wait until this release date.