Nearly a year, back in Chapter Two Season Six, crafting was an essential mechanic in Fortnite. With this ability, it was possible to craft all kinds of different weapons, such as bows.

Bows were the most diverse item that you could craft because there were four types: the mechanical explosive bow, the mechanical shockwave bow, the primal flame bow, and the primal stink one. These were just added back into the game along with five quests that players can complete for an awesome XP boost before the end of the season. 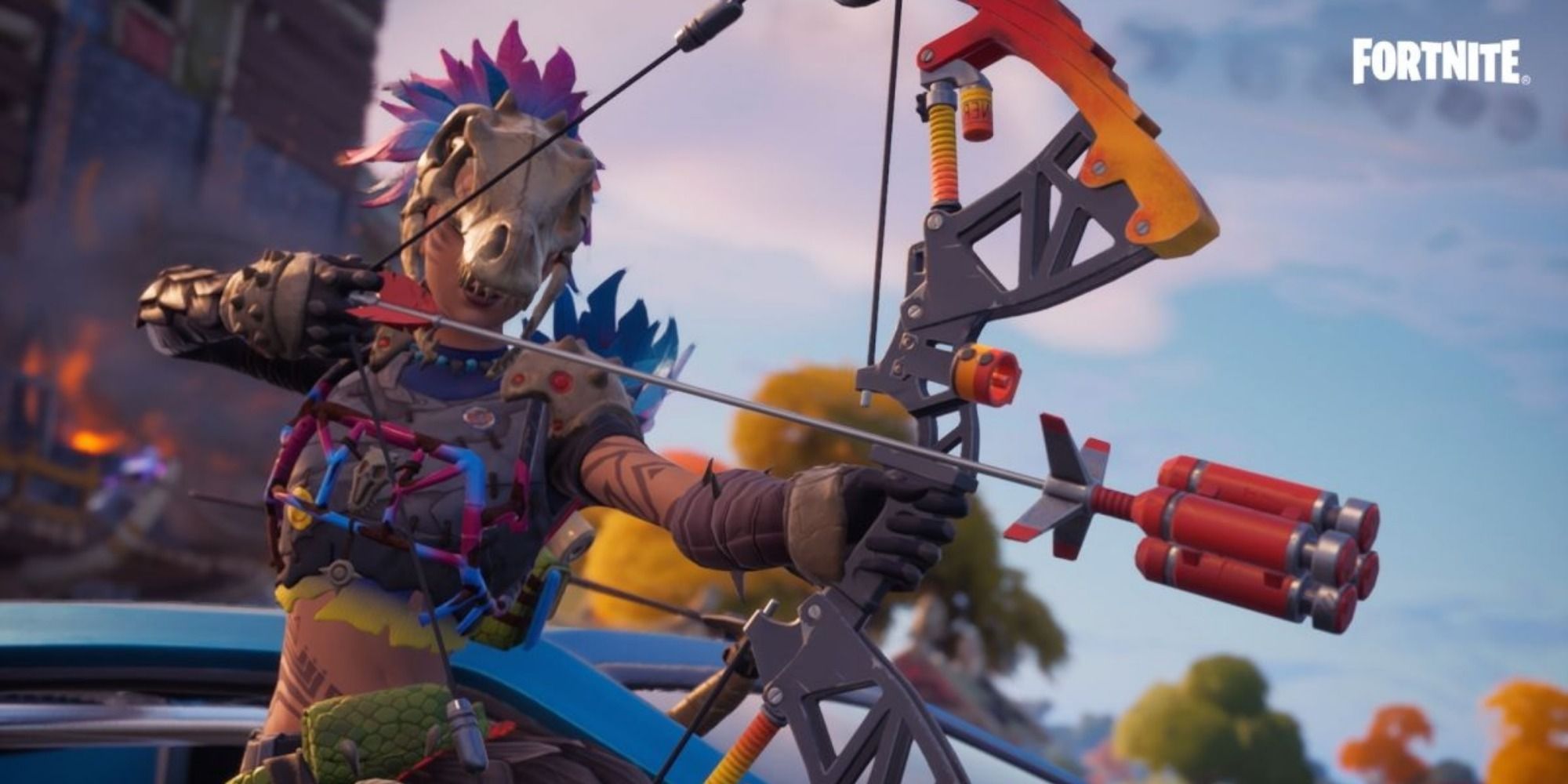 Seeing bows back in the loot pool is great because now there's something for long-distance combat besides the Hunter Bolt-Action Sniper. Unfortunately, bows won't be in the game for too long. Bownanza Week will come to an end on March 1, 2022, at 8:59am ET. Then, a new special week will start, and perhaps other weapons will make a return.

Here's everything you'll have to do until the end of the week to complete all Bownanza Week quests.

You can activate a bow's special ability by fully drawing it. In this case, you can activate the shockwave and impulse a creature on the map by drawing the bow until the shockwave glows purple. Then, be sure you don't actually injure the animal since it might be too weak to survive the hit.

The best way to do this is to aim the shockwave a few inches away from the animal. Do this in two different matches, and you're good to go.

You can use a bow of any sort for this quest. Wildlife is scattered all across the map, so it shouldn't be too difficult. Frogs and chickens are the easiest to hunt since they won't survive a single shot from the bow, unlike boars and wolves which can be a bit more difficult — plus, they'll fight back and might even come in packs.

​​​​​​​Find a Primal Flame Bow and then run to a Mole Team Drill Site. You'll have to hit IO Forces seven times with the bow, so you might not want to aim for their heads; they'll survive for a little while longer, and you'll be able to hit them more times.

​​​​​​​The Mechanical Explosion Bow is quite powerful: If you shoot it, it'll throw small grenades around the area where the arrow hits. Eliminate three opponents with this weapon to earn your reward.

​​​​​​​The Primal Stink Bow works just like the now vaulted Stink Bow. You can throw it at a player and it'll create a cloud of smoke that will make players lose health. If the arrow hits them as well, they'll lose both health and shield. To complete this challenge you'll have to deal 250 damage with this bow.

Each Bownanza Week quest will reward you with 8,000XP once you've finished it, so completing all five quests will be worth a total of 40,000XP — a decent amount of experience points if you've already finished all weekly quests and other timed challenges.