Fortnite’s Chapter 3 finale might have been a bit of a mess, but the new season is incredible. The new island is a mixture of futuristic flair and medieval jubilance with its towering castles and blend of weaponry new and old. Many feared this update would be a rehash of things we’ve had before, but it goes beyond that. On current-gen consoles and PC at least, it also debuts a number of graphical upgrades that put it a cut above the rest.

I am not exaggerating when I say that Fortnite has made my jaw drop multiple times in the last couple of days. Duo games have come to a standstill as I stoodatop a mountain to watch the sunset beam down upon us, so convincing in its radiance that it felt like the snow was starting to melt. The combination of lighting, character models, foliage, and a far more realised open world help Fortnite feel almost photorealistic in spite of its cartoonish exterior, with Epic Games debuting its latest technology in spectacular style. It is so damn pretty.

I am no graphical wizard, if anything I prefer to download a game onto my PS5 and leave the big box I paid money for to do all the work. Even a handful of options have my brain going into overdrive, and while Fortnite does offer customisation, the base experience is so stellar that I never needed to worry. According to the official website, Fortnite now makes use of Unreal Engine 5.1 across PS5, Xbox Series X, PC, and cloud platforms – meaning features like Nanite, Lumen, Temporal Super Resolution and Virtual Shadow Maps are now present and accounted for.

Nanite refers to the overall level of detail in a scene and across geometry. This means that every texture – whether it be grass, brick, stone, or pieces of wood – are now outfitted with enhanced detail at no additional cost to performance. The difference wasn’t apparent at first, because the pace of gameplay is so unrelenting, but if you stop and take in the scenery for a minute, you’ll find that everything pops brighter and with more definition. Even chests exude a glowing radiance that was once lacking, making it much easier to spot amidst the environment when looting.

Lumen is all about those luscious ray traced reflections, and were the first big addition I noticed as John Cena glided on his surfboard into the unknown. The sunlight bounced off his radiant muscles with the utmost precision, and bounding through a lake will see all the reflections change in real time to best match the diffusion taking place. I found this effect is most pronounced in the sunset scenes I mentioned earlier, or tight interior spaces where light is given room to peer through windows and bounce off surfaces. It sounds so cliche to say a game looks so good it kept causing me to stop and stare, but that’s exactly the case. 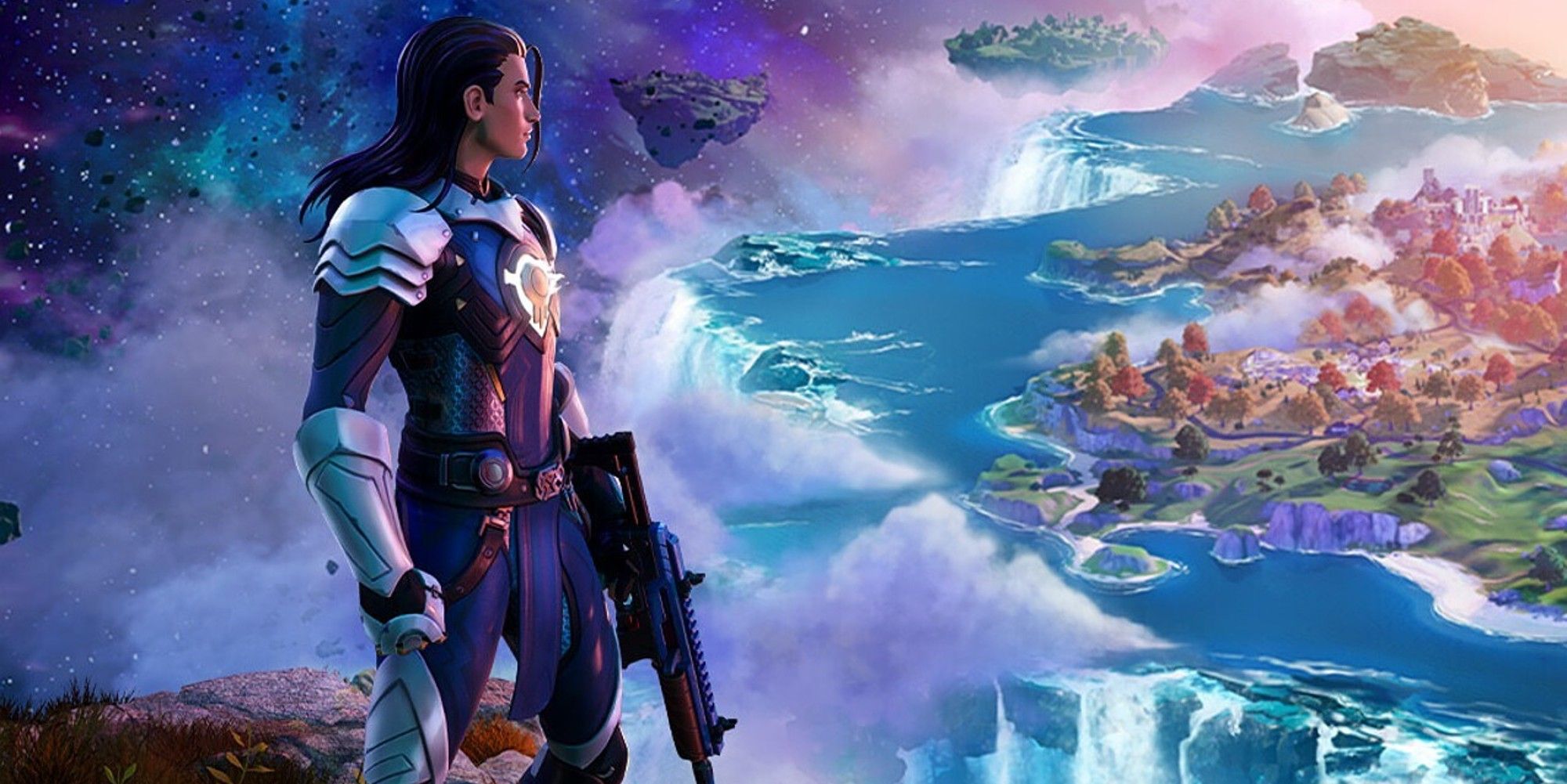 Finally, you have virtual shadow maps and temporal super resolution, which serve to make everything else pop without compromise. Over the years we’ve grown used to ray tracing always coming at a cost, whether it be inconsistent performance or a 30fps cap with notable latency. Epic Games clearly has the budget and expertise to supersede that barrier, since on PS5 I haven’t noticed a single dropped frame even in the most hectic firefights.

You’d expect some teething problems, or glaring visual issues that clash with the existing aesthetic, but there is none of that, and I still can’t quite believe it. Fortnite has never looked better, and much like it did with battle passes and metaversal live service experiences, has teased what the future holds for other games when they finally catch up. It can be so easy to refer to it as a cynical live-service soup that will open its legs for any crossover, but the truth is there is nothing else like Fortnite out there, and it remains the most influential force in the gaming space that can change the landscape with a single update.