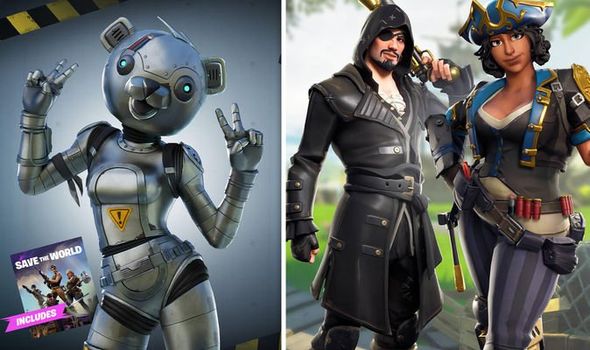 Fortnite developer Epic Games has bad news for fans of PvE game mode Save the World.

As part of Fortnite update 13.20, Epic has posted a new State of Development blog for the Save the World game mode.

The good news is that after three years and countless updates, Epic has finally moved Save the World out of Early Access.

Unfortunately, however, the Fortnite developer has also confirmed that development of new Save the World content will slow down after its official release.

Furthermore, despite previously announcing plans to make Save the World a free-to-play game, the Fortnite mode will now remain a paid experience.

“Today we’re bringing Save the World out of Early Access and have decided that it will remain a premium experience rather than going free-to-play,” reads an Epic post.

“Development of new content will slow down after this official release, but the adventure doesn’t end here for Save the World.”

Epic is keen to stress that Save the World isn’t dead, although future Battle Royale cosmetics may not work with the PvE game mode.

There are, however, plans to increase replayability with the addition of a new Ventures mode, while existing users will have their accounts upgraded.

“All paid Founders will have their Founder’s Packs upgraded to the next level and unlock all the rewards included in the upgraded pack… free, courtesy of Homebase!

“While the main story of Save the World is complete, there are still adventures to be had. Continue battling the Husks in Twine Peaks, take on each Save the World seasonal event, or evolve your collection by completing each Venture’s season… the choice is yours.”

Ventures mode is described as a “new season-long excursion that takes place in a seasonal zone with new and unique modifiers to tackle”.

Venture seasons feature their own seasonal progression and challenges, which ultimately change the game’s difficulty, weapons, and rewards.

You can even unlock Supercharger materials that can raise the level of items beyond their current cap.

It all begins with the Metal Team Leader Pack, which contains a brand new hero and a series of challenges.

“The Metal Team Leader Pack introduces a new Hero, the Papa Bear weapon schematic, Warning Bow Back Bling, the Metal Team leader Challenges, and entry to Save the World at a new $20 price point,” Epic explains.

“These exclusive Save the World challenges will earn you 1,000 V-Bucks, 500 X-Ray Tickets, and a Legendary Troll Stash Llama.”