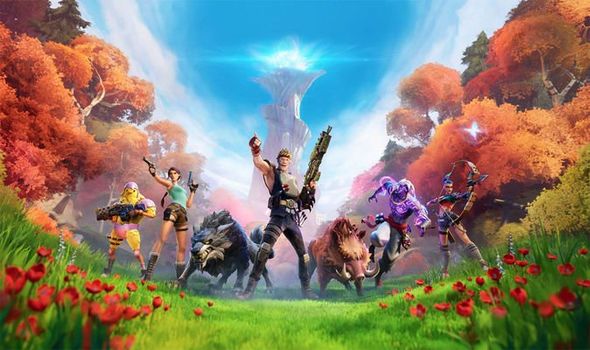 After what feels like one of the longest seasons ever, Fortnite developer Epic Games is getting ready to unleash Chapter 2, Season 6.

Downtime for Season 6 begins at 4am GMT for fans living in the UK. That’s midnight ET for Fortnite users in the US.

According to Epic Games, the update launch time will vary from platform to platform, although downtime will end at the same time on consoles, mobile and PC.

What’s slightly more confusing is exactly when the new Fortnite season will begin.

The Zero Crisis story cinematic will be available to watch live from 8am GMT. It’s likely the season will begin directly after the premiere of the trailer.

This means players should be able to drop in and experience the Zero Crisis solo mission just after 8am GMT. Express Online will update this story when more information becomes available.

“CH2 Season 6 launches on March 16 with the explosive conclusion of the events of Season 5,” reads an Epic Games tweet. “You’ll play through the culmination of Agent Jones’ mission in the Zero Crisis Finale. This is a solo experience & you can play through it whenever you first log in during the Season.”

Speaking of the trailer, you can watch it for yourself by clicking play (at 8am GMT) on the YouTube embed below.

Fans who skip the viewing of the live cinematic trailer will presumably be able to watch it and play the mission once the game comes back online.

In the run up to Fortnite Season 6, Epic Games has recommended turning up the Cinematics Volume in the Audio tab before downtime begins.

To adjust volumes and make other adjustments, simply fire up the options menu and scroll along to the Audio tab, where you’ll find sliders for everything from music, sound effects and voice chat, to dialogue, picture-in-picture and Cinematics.

As for what fans can expect from Season 6, Epic has been pretty stingy with the teasers, although in one previous tweet, Agent Jones can be heard requesting access to restricted file 8752.

After his credentials are revoked, Jones can then be heard requesting access to all materials relating to The Seven, which is also denied.

In a follow up tweet, Jones can be seen donning the headband and getting ready for action.

“If they won’t give us what we want. Then we’ll take it ourselves,” the tweet reads.

The solo mission will almost certainly see players assume the role of Agent Jones as he strives to stabilise reality and fix the Zero Point issues.

Dataminers and Fortnite streamers are keeping relatively tight-lipped when it comes to leaks, although some info is likely to trickle out ahead of the new season.

One rumour is that wolves will be added to Fortnite as part of the new season.

That’s based on an image that can be seen in the background of the aforementioned Agent Jones tweet.

Fans have also spotted an unreleased Save the World shotgun, which could end up in Battle Royale.

One of the more bizarre leaks is that football superstar Neymar could make an appearance in Fortnite, most likely as part of the Battle Pass.

Could the new season’s Battle Pass also include the Peter Griffin Family Guy skin we’ve been hearing about? Only a few hours left to find out.