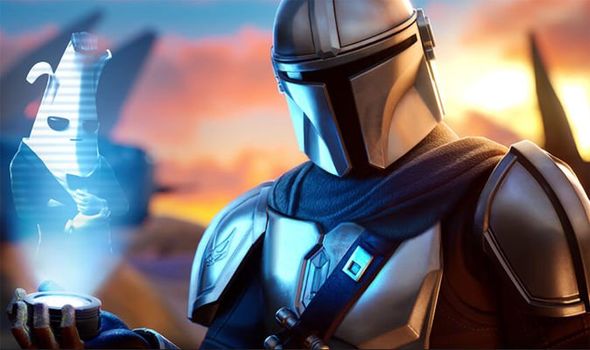 The next Fortnite update has a February 2 release date. It will be accompanied by a period of server downtime, beginning at 9am GMT in the UK.

There’s no scheduled end time, although maintenance tends to last for around two hours. This means the game should be back online at 11am.

Update 15.30 is looking like a big one, as Epic launches a brand new limited time mode featuring the Mandolorian.

According to the Fortnite update 15.30 patch notes, the new update also adds two new exotics, as well as new devices and options for Creative.

The news was announced by Epic Games on Twitter: “You may make it to the top… but can you stay there?

As previously confirmed by Epic Games, the Boundless skin is also getting an update. This will fix the outfit’s pay-to-win properties.

Fans have highlighted the fact that when set to certain colours – black/black and white/white – it can be difficult to see users wearing the skin.

According to an Epic Games spokesperson, players will no longer be able to select a fully black or fully white colour scheme after update 15.30.

“It was brought to our attention that Outfits in the Boundless Set included colour combinations that could compromise the competitive integrity of matches,” Epic explains.

“As a result, we’re planning to make minor cosmetic adjustments in our next update.

“We’ve made some adjustments to the materials, and you will no longer be able to have white/white or black/black colour combinations when selecting your primary and secondary colours.”

Fans will be given 30 days after the release of update 15.30 to request a refund for the skin, if no longer satisfied.

The healing effect of the Zero Point has also been disabled ahead of the update, although Epic has promised to re-enable this feature with the launch of the patch.

The remaining update 15.30 patch notes can be seen below…

• Long loading screen after completing a session on PlayStation/Xbox

– We’re investigating an issue that is causing players to experience a long loading screen after completing a session on PlayStation and Xbox consoles.

• The Child Back Bling blocking vision when players aim down sights

– The Child Back Bling may block players’ vision when they aim down sights.

– The Jumpshot Outfit is missing its facial hair.

– The sound effect of certain actions, such as opening a Chest or hitting a Weak Point, may be delayed. Even though this affects Nintendo Switch, please note this is a similar but separate issue to the audio delay/drop out issue that affected Nintendo Switch specifically.

• Difficulty editing Banner with a controller

– The Banner menu may be unresponsive to controller inputs, causing players to have difficulty editing their Banner with a controller or the Banner not updating properly.

• Total Bars appearing as 0 in a match

– Though this issue has mostly been resolved, total Bars may appear as 0 when loading into a match with high latency. We are working to address this.

– Some assets on the map, such as the walls of houses, may appear invisible in the Performance Mode alpha.

– Players will have to reform their party to continue matchmaking if an unreadied party member is removed from the party.

• Receiving damage mid-air when falling inside a car

– Players may receive damage mid-air when falling inside a car.

– Due to an issue, the OG Bear vehicle has been temporarily booted.

– Due to an issue, we’ve temporarily disabled the healing effect of the Zero Point. The Zero Point’s healing will return in the v15.30 update.

• Game freezing when going to the Compete tab on PlayStation/Xbox

– Though previously marked as “Fixed in Live,” we’re aware that this issue is still occurring for some players. We are working on a fix.

– We’re investigating an issue in Creative that is causing Prop holograms to become invisible in certain situations for Xbox Creators.

• “Devices” and “Prefabs” tabs are swapped when viewing the Creative Inventory

– When viewing the Creative Inventory, players will notice the “Devices” and “Prefabs” tabs have been swapped.

– The Motion Axis setting is stuck on “Roll” on Nintendo Switch, preventing players from switching to “Yaw.”

– RT/LT Triggers on Xbox Elite controller may not function correctly on Android.