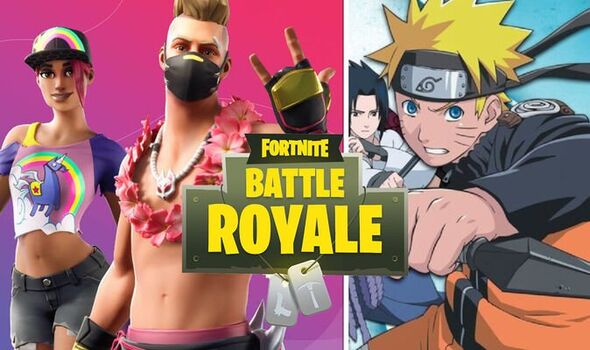 Fortnite developer Epic Games has announced plans to release update 21.10 on PS5, PS4, Xbox Series X/S, Xbox One, PC, Android and Nintendo Switch. The new Fortnite update has a June 21 release date. It will launch alongside a period of server downtime, which begins at 9am BST for fans living in the UK. With a number of events and high-profile crossovers on the horizon, Fortnite update 21.10 is shaping up to be a big one, so keep reading for more information.

The news was announced by Epic Games on Twitter, alongside hints for a new Darth Vader item: “v21.10 is scheduled for release on June 21. Impressive. Most impressive. Downtime will begin at 04:00 AM ET, with matchmaking disabled 30 minutes beforehand.”

Based on the early reports, Fortnite update 21.10 will introduce a brand new crossover with Naruto.

According to an advert spotted in Japan (see below), the next Fortnite x Naruto crossover will begin on June 24. Subtitled Rivals, the Naruto event will seemingly introduce a selection of new and returning skins, not to mention some kind of limited-time game mode.

Epic Games is also likely to add game files for the imminent Summer event, which is expected to start within the next couple of weeks.

If it’s anything like last year, the summer event should add new skins and themed items, as well as a selection of challenges.

Speaking of challenges, update 21.10 will add the next batch of weekly challenges, as well as Battle Pass Super Styles and some kind of new or unvaulted weapon.

You can see the full list of early Fortnite 21.10 patch notes below…

• Evie’s belt sticks straight out for some players

– Some players may find that the belt on Evie may stick straight out in the air and doesn’t move with expected physics.

• Armored walls are missing from the published islands

– Published islands no longer have Armored walls after the release of the 21.00 update

– We’re aware of an issue that is causing the tracker device to not update correctly for teams when multiple teams are able to use it.

– We’re looking into an issue that is causing an issue with prop movers and manipulators to not place when not overlapping with props.

• Players may not receive notifications while in game

• Destroyed beds are not being counted towards quest completion

– Two active questlines (Sleep on It from the Blockbuster Questline and Destroy: Good Morning from Ventures) task players with destroying beds. Most beds are not being counted towards quest completion when destroyed.

• Survivors are missing in Rescue the Survivor missions

– We’re investigating an issue that causes Survivors to be missing from rescue missions.

• The parental Controls screen cannot be exited with a controller

– The Parental Controls menu, when entered while using a controller, does not show a controller prompt to exit, and no input exits the menu.