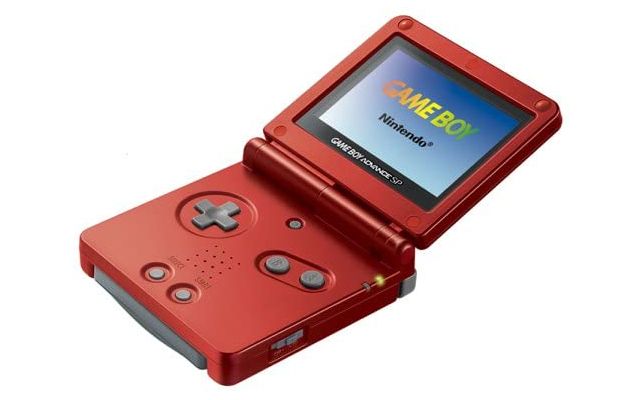 The Wednesday letters page is prepared to take a chance on Playdate, as one reader is optimistic about Shenmue 4 happening.

Handily the best
Excited to hear about the Game Boy Advance coming to Nintendo Switch and that it likely has a good selection of games, including some of the very obscure ones that GC pointed out. (Ninja Five-O is one I’ve always wanted to try out but could never find.) I loved the GBA and I think it may well be my favourite handheld console ever. But that is a pretty difficult thing to call.

The frontrunners are the GBA and DS but there’s a lot of good stuff on the 3DS as well, and I know some people that will stan for the Game Gear too. For me I think it has to be the GBA though. I know in theory the DS has more great games but the GBA just came at a magical time for me and I have very fond memories of not only playing the games but discovering the wider gaming world beyond, with Japanese imports and weird franchises I’d never heard of before.

Because they were cheap, and importing was easy back then, impulse buying was totally possible and I remember picking things up to try out almost on a whim. You could argue that it’s still possible to do that during Steam sales and the like but for me it’s just not the same as getting an actual physical object through the post. Curious to know what others think though.
Jenson

Earning a sequel
Like many others I was surprised by how good Guardians Of The Galaxy was and now that it’s been accepted as at least a partial hit I’m curious to know what the same team are going to be working on next. GC brought up the subject in their recent interview but there wasn’t really any clue as to what it could be, or even whether they knew what it was and were just keeping it a secret.

There were some sequel hooks in the game but it didn’t end on a cliffhanger so I’d actually be fine with them doing something new and creating their own IP. Deus Ex wasn’t their original idea either and to be honest I found those games a bit hard going. I’d love to see them create something completely original that has a sense of humour but also some heart, like Guardians.

I guess that’s unlikely though. Guardians probably wasn’t big enough of a hit to ‘earn’ them that kind of leeway, since it’s all about money at the end of the day. I’m fine with a sequel though and am definitely interested in anything they do now.
Lincoln

You don’t know until you try
Seen Elden Ring getting a lot of love in the Inbox, but having never played a FromSoftware game I am wondering if it will be too hard to the point I would not enjoy it?

I have just completed Metroid Dread and loved every minute of it. There were a few times where I was attempting the bosses multiple times to defeat them. I think any harder and I would not have enjoyed the game as much. Do you think Eden Ring would be too frustrating for a player of my ability?
AJB

GC: It’s hard to say. Metroid Dread isn’t an easy game and it sounds like you’d be able to push yourself to succeed in Elden Ring. It’s certainly the most accessible of the From games, so if you’re going to try any it should be that.

Dare to believe
An update on your recent Shenmue article.

110 industries has today tweeted, ‘A big announcement is upon us in the next couple of weeks. Stay tuned and fasten your seatbelts.’ With a picture of an apple and banana.

In Shenmue 3, every morning you get to pick up an apple and banana at Shenhua’s house before leaving. They are also liking a lot in regards to a new Shenmue.

As a big Shenmue fan, I’m starting to allow myself to feel some hype.
Matt

Avoiding spoilers
I read your Playdate piece with interest and some trepidation. Glad to see you liked the hardware and cannot wait to get mine (group 2) but could only bring myself to read about the first game.

Normally I would have read the whole article but, as you said, that would really take away from my experience, so I intend to wait and play each game and then pop back to see your thoughts. I don’t generally pre-order but have been intrigued by the yellow beastie since I found out about it. Here’s hoping group 2 doesn’t take too long.

GC: We think that’s a wise decision. If the concept already appeals to you, we don’t think you’ll be disappointed.

Short sharp shock
It’s very hard to be optimistic about Sega and its ‘super game’ concept, especially when its first move is a free-to-play version of Crazy Taxi, that they want to be as big as Fortnite. I mean, I barely know where to start with how bad of an idea that it is.

I love Crazy Taxi as much as the next guy but I’m not sure it’s humanely possible to play it for more than an hour before getting bored of it. Now, obviously they could ‘expand’ it but how exactly, before you risk losing everything that made it special? It’s an arcade game, it’s supposed to be a short sharp shock of shallow but entertaining gameplay. If Sega don’t realise that about their own game I don’t know what hope they have.

There’s a bit more to Jet Set Radio but that’s kind of ignoring that neither of the games were very big, so I don’t see how suddenly everyone’s going to think it’s some amazing thing they have to play. Being free is one thing but time is money and you need to know something is worth it before spending so much time on it.

I thought the super games were going to be something new but these just seem to be reboots of games chosen at random. And if they were normal reboots I don’t think anyone would pick those first of all, out of all of Sega’s other games.
Dalke

Bless us with blood
My thoughts on the patch for Bloodborne on PlayStation 5 is that Sony may want to release a remaster instead, like they did with Uncharted: The Lost Legacy Collection recently or a remake of it for PlayStation 5, which they are doing for The Last Of Us 1.

So they can charge money for it rather than doing a free update like they could have done for Uncharted 4 on PlayStation 5.
Andrew J.

GC: That could be the case, but whatever they’re up to we wish they’d get a move on.

Dairy free counter
I’m one of the people who tries not to summon in Soulsbourne games when I can avoid it – I enjoy the challenge and am lucky that I have the free time to dedicate to banging my head against a difficult boss for hours. For example, I reckon I spent about five hours in total fighting Malenia, Blade of Miquela. It can be incredibly frustrating, especially in multiple-phase boss fights when you need to get through the first stage every time you attempt to learn the second.

However, I love the feeling of progression and improvement. Often, by the time you actually succeed you are an absolute badass who can successfully dodge and counter almost every move they have, which is also incredibly satisfying. The pinnacle of this for me was Artorias in Dark Souls; seemingly impossible at first, then after a while you are dancing around him chipping off damage while he swings uselessly at the air.

The Godskin Duo were difficult, but there is actually a way to make it easier that doesn’t involve summoning. I was struggling until I tried using an Ash of War called Carian Retaliation, which you can buy from the vendor Pidia at the Carian Manor. It is essentially a magic parry. The Godskin Duo have a fairly slow, easy-to-parry black flame attack. This allows you to keep distance, wait for that attack, and quickly parry it back at them without needing to get too close.

I was a melee build, with hardly any intelligence points whatsoever, but the attack does great damage. It also has the benefit of being a parry move, which means it is still very satisfying and not at all cheesy!
deckscrubber02

Inbox also-rans
Deathbed Smalls is such an amazing name. It almost makes me want to start up a band just so I can call it that. I imagine it’d play some super smooth jazz.
Europa

If Streets Of Rage has a story it’s passed me by all these years. Making a film of it makes no sense at all. Not that that’s ever likely to stop anyone I guess.
Clueball

This week’s Hot Topic
The subject for this weekend’s Inbox was suggested by reader Snake, who asks what video game movie would you like to see in the future?

Inspired by the success of the second Sonic The Hedgehog movie, what new adaptations do you hope and expect to see in the future? Do you have any faith they’ll be better than normal for video game movies? Why do you think your idea would work and do you have a cast or director in mind?

Do you think Sonic 2 will end up inspiring a new wave of video game movies and how do you think announced, but not yet seen, films like the new Super Mario and Metal Gear will turn out?