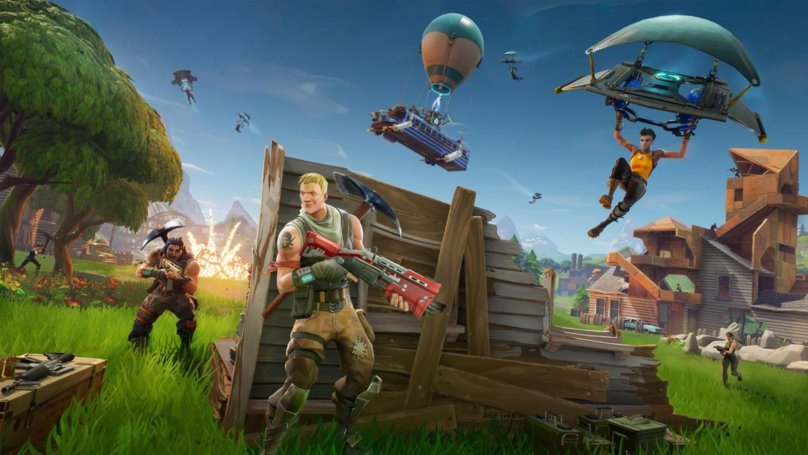 The Tuesday Inbox is dubious about Sega’s super game ever living up to fan hopes, as one reader fails to recommend GoldenEye 007.

All good things
I remember GC saying that Fortnite wasn’t that big in China but I hadn’t realised that it was such a non-entity that it’s been cancelled there and it’s not even that big a deal. It does remind though, of just how insane the whole Epic Games v. Apple thing was. Has there ever been anything quite so stupid and self-destructive in gaming ever?

I don’t care, I don’t play the game anymore more, but it’s so fascinatingly dumb I still can’t really believe it happened and its effects are still out there. It makes me wonder if and when Fortnite will ever shut down in the West. I know kids make up scare stories about it happening all the time but nothing lasts forever, right? Or will Fortnite still be running when the sun burns out and it’s the last remnant of human civilisation?

Seems unlikely but you can only imagine how much Epic Games is hoping microtransactions don’t get banned in the US or more of Europe. If that happens then suddenly Fortnite won’t make any financial since here either. The fact that it’s a no-go in China already means it’s not as cost effective as it could be, and Epic are probably looking for something that can be popular everywhere…
Keymaster

The Sega cycle
I have just spent the last 25 years being deeply cynical about Sega’s chances of ever getting its act together and now you’re telling me a chance they might actually be able to enter the big leagues again? Not surprised to learn that it’s only going to happen because of an injection of cash from Microsoft but what can we really expect?

I’ve looked forward to too many Sonic The Hedgehog games to believe there’s any real hope of Sega delivering, but this is definitely a new situation. The question is what sort of game would Microsoft want Sega to make?

It’d bound to be something with a strong following in the US, so assuming it’s not Sonic, since they have a new game already underway, maybe a new Phantasy Star Online? But something more mainstream and Western? Or a new Panzer Dragoon of some sort, since Xbox has always seemed keen on that. Or one of the driving games – maybe a sort of ‘super game’ that includes OutRun, Super Hang-On, Power Drift and the rest?

But there I am getting excited about the prospect again, when I know I shouldn’t. Sega are on reliable for one thing: disappointing you.
Calcite

Then and now
I’ve got ask: has anyone here actually played GoldenEye 007 recently? I have and it is basically unplayable. I don’t know what the frame rate is but it’s well below 30fps, I’d guess 20 or less, and the controls on a N64 pad are just horrible.

Don’t get me wrong, it was an absolute classic at the time but not all classics age well and I can see nothing worthwhile in trying to bring a straight port to the Nintendo Switch. Even a remaster would be pushing it and a remake would require so much work you might as well make a new game… which I’d be totally fine with.

We’ll see what happens I guess, but if Super Mario Bros. has aged like fine wine, GoldenEye 007 has aged like cheap mayonnaise.
Toddy

Twin creators
I’m all for a new Quake game but I was kind of rooting for MachineGames to work on it. I really like their work with Wolfenstein and Quake badly needs a decent story game/mode. It still hasn’t even got a consistent backstory and I think that is part of what stops it from being as big as Doom.

They want to forget all that Strogg nonsense and get back to a spooky Lovecraftian atmosphere. It was the original set-up and it’s far more interesting and unusual than generic alien borg things invading Earth, or whatever was going on.

Obviously it’d make sense for id Software to help out with the gameplay, as I thought they did a great job with Rage 2, but I’d like MachineGames to take the lead. And hopefully announce something as soon as possible. Maybe at The Game Awards?
Hosier

Uncharted colours
What is Amy Hennig’s new Marvel game? I’m not sure but I’m going to give it a while stab in the dark and say it’ll involve a lot of platforming, where you can only jump on small ledges that are coloured a specific colour (not white, red or yellow – those are already taken). There’ll be shooting and punching but it won’t be very complicated or hard and most of the game will be taken up with smart alec quips and talking

My point is I wish she’d just stayed at Naughty Dog and carried on making Uncharted games. I still think she was pushed out, even though she says she wasn’t, and it seems such a waste to have her working on other people’s IP when she should be on her or making new ones.
Pupnester

Quiet birthday
I’m not sure anyone will care but it was the 25th anniversary of Blood Omen: Legacy Of Kain on Monday. I know for a fact that Square Enix don’t care so I suppose it’s too much to hope anyone else does. I’m being melodramatic already but why is it that Square Enix remakes and re-releases so many of their games so often and yet Legacy Of Kain never gets a look in.

Soul Reaver is one of the best games of the PlayStation 1 era and a really great game but it gets absolutely no lover from anyone. The very least it deserves is a remaster but really it should be getting full remakes, sequels, spin-offs, the works.

I mean who, in this day and age, wants to play Final Fantasy 1 and yet it get re-released nearly every other day. I bet we’ll still be here for the 50th anniversary saying the same thing. If, you know, we haven’t all died from the global warning by that point.
Westron

Lest we forget, in Red Dead Redemption 2 the entire main story consists of you gunning down hundreds of ‘enemies’ without any choice on your part, which meant performing any good deeds outside of it utterly meaningless. It had no bearing whatsoever on the narrative, ergo you ended up as a mass murdering good guy.
Wonk

GC: We’ll be honest, we’d forgotten the honour system feature was even a thing.

Man without fear
Reading the Skydance/Marvel game story reawakened my thoughts on a potential Daredevil game. I think we have now reached the point with visuals and hardware power where a game with a blind hero could be realised and Daredevil’s exceptional hearing would be the ideal place to start.

I am imagining a graphical style similar to Obra Dinn but in fully animated 3D, not just freeze frames where sounds fill in the wireframe-ish pictures based on sources of sound, similar to how The Unfinished Swan game used paint.

If there are no sounds then the screen is black but as Daredevil will be able to hear very minor sounds like heartbeats that should be rare. I imagine a heartbeat would give a lot of detail to the person’s torso but gradually less detail of their limbs and surrounding area.

Different sized spheres emanating around each sound source. Larger sounds will provide more surrounding details by having larger spheres. I am also picturing bolder lines near the sound’s source, which become narrower and less defined further away from the source. Small sounds will be almost tiny spheres, whereas very loud sounds would be almost blinding, like a flashbang. Fuzzier lines could also be used to show muffled sounds or those distorted by things such as walls.

The sound spheres would also pulsate in time with the sound, such as a heartbeat or rain. Rain in particular would be a very good way to provide a lot of detail and would be a good way to start the game and get the player introduced to the graphical style. If done well it should also look very impressive.

As the game progresses the sources of sound will become less and the player may need to create sounds to see, such as throw stones which may also alert enemies depending on where they land.

Ray-tracing type technology could probably be used to provide something better than the spheres I am imagining and could also be used to add echoes but that may be too confusing for the player. Although echoes could potentially be limited to a specific set piece/boss battle where an almost mirror maze effect could happen.
PazJohnMitch

GC: It wasn’t a very good movie, but we always thought the way his powers were portrayed in the 2003 film was quite good. We never watched the Netflix show.

Inbox also-rans
Call Of Duty: Vanguard has a game mode inspired by P.T. is not a headline I expected to ever see. Can I ask the obvious question: will it have ghosts in it? I mean, I can’t say I’m not curious so I guess it works in that regard at least.
Focus

Enough with the Luigi’s Mansion stuff! I want a giant Lego Hyrule Castle and I want it yesterday! Also, the extra mortgage I’d need to pay for it.
Benson

This week’s Hot Topic
Since it’s now November, and the Christmas rush is getting up to full speed, the question for this weekend’s Hot Topic is what 2021 game are you most looking forward to?

You can see the full release schedule here, but you can talk about any game released between October and the end of December this year. Why are you looking forward to it and what has shaped your opinion about the game?

How do you think the line-up compares to last year, as well as previous years when there wasn’t a pandemic? What game that was due out this year are you most upset has been delayed?