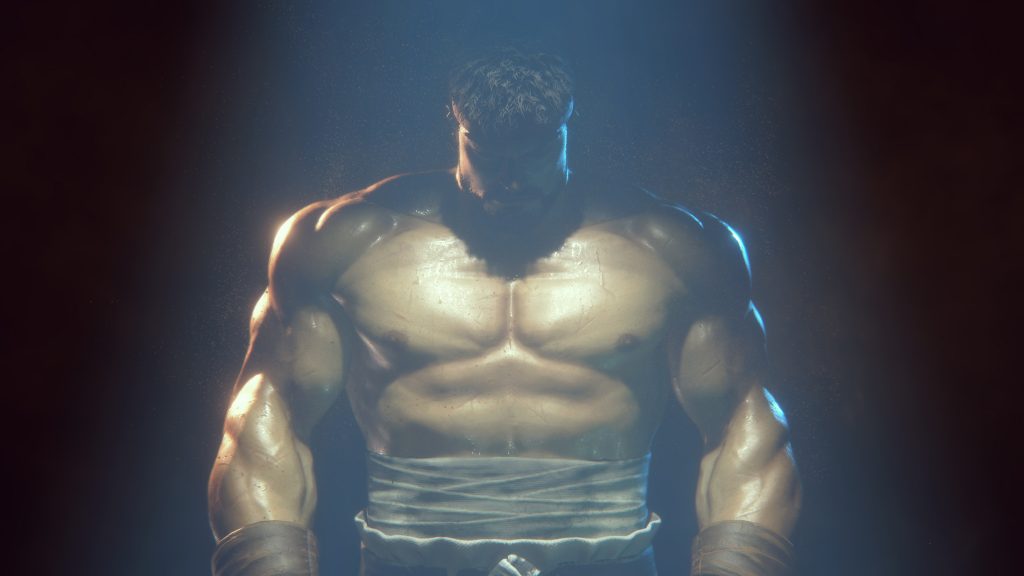 The Tuesday Inbox is impressed by Horizon Forbidden West’s open world, as another reader reports Tesco giving up on games.

Stay positive
No surprises that Street Fighter 6 was the countdown announcement on Monday or that it was kind of underwhelming. These reveals at esports events are always super short and really just a name check. That said, it still managed to be a bit disappointing on account of the unimpressive graphics and Luke just looking like a complete non-event.

I really hope there’s some new gameplay gimmick that he helps to demonstrate because otherwise he just seems really generic and annoying. But we’ll have to wait and see because all of that will be revealed, for better or worse, later.

For me the big question at the moment is whether it’ll be multiformat and if it’s going to basically be the opposite of the Street Fighter 5 launch. I think it must be. Capcom surely doesn’t need reminding of how badly things went and how the PlayStation exclusivity worked against them.

I would be shocked if the new game wasn’t on both Xbox and PlayStation, and would assume it’ll launch with a story mode and decent roster of characters. There’s no guarantee – it’s not as if some companies don’t constantly make the same mistake – but I’m going to look on the positive and say that in the end the game will be a winner.
Coste

Never again
So at long last Capcom have finally confirmed the existence of Street Fighter 6, with a small trailer that doesn’t really showing anything other than that the game is in development. As a nice bonus they also confirmed the return of classic fighting games such as Darkstalkers in the classic collection that will feature rollback netcode! All good news.

However, I hope lessons have been learned at Capcom HQ after the bizarre and disastrous launch of Steet Fighter 5. I don’t think I need to list the well documented, extensive list of issues that game had but if the new game launches in a similar state then it will launch dead on arrival. They have to ensure the game launches with an inspired cast of characters, solid offline content, and rollback netcode at least. The esports inspired logo doesn’t fill me with confidence but the development involvement of Yusuke Hashimoto (Bayonetta and Resident Evil 4) does restore it in some way.

Darkstalkers Next
So the Capcom countdown did end up being Street Fighter 6. Is it just me or does Ryu’s graphical style look a bit like the early development version that was originally going to be Street Fighter 5?

More excited for the Capcom Fighting Collection. About time Darkstalkers got some attention! Hopefully it sells well and Darkstalkers gets a new instalment.
StewWBA1980 (gamertag/PSN ID)

Three for one
Just went on the PlayStation Store to get Death’s Door on sale, which I did. A day later I checked to see if it was still on sale to let readers know on here but it had already ended. Instead I found three other games on sale A Juggler’s Tale (£7.19), Last Stop (£11.99), and Maquette (£7.49) so picked all three up. A Juggler’s Tale is a very good game and one of the things that attracted to it was GameCentral’s excellent review and also the short play time of about two hours. It is a story/puzzle/platform game that reminded me of the inventiveness of the developer of Tearaway.

With Last Stop I enjoyed the developers previous game Virginia, which was a homage to The X-Files. I thoroughly enjoyed it five or six years ago for a very cheap price. Finally, Maquette (not played yet) which reminded me of the puzzles in A Fisherman’s Tale, an excellent VR game on PlayStation VR.
Andrew J.

On the Edge
Having a bit of a clear out at home to make some space, so I’ve got a large collection of Edge magazines which need to go. I believe GC have in the past arranged for giveaways between readers and I’d like to offer up the magazines to anybody who can collect in the West Yorkshire area.

If GC could pass on my email address to any interested party, it’d be much appreciated. Issues are 66 to 319, and 323 (I think – I’ve got them kept in numerical order, but I’ve not checked the entire lot).
Mr Brutus
PS: Looking forward to your Elden Ring review and I hope it’s good – I’ve managed to build up enough Microsoft Points to buy it outright. I know it’s been said before, but it bears repeating: Microsoft Points really are great.

GC: If you like, we can give your email address to whoever writes in to us.

Seven years ago
A good game has many different components but it has to be fun at its core. It has to implement new ways to challenge but also give us freedom to be creative. We of course want it to run well and smooth and its mechanics to be simple yet intricate, and when you look at all of these graphics are really not that important… and there lies the problem.

All these studios are trying to one-up the way they look. That is pretty much every game in the past five years but I remember old Sly Cooper games, Metal Gear, SOF2, and many, many others that pushed the limit to creativity and freedom and overall imagination. This, I feel, is what makes a core game and a good game.

I can say Metal Gear Solid 5 was the last game, in my books, to bring this all back and just be nothing more than what it is, which is a fun, imaginative game that brings new mechanics, keeps true to its core, and just sets a standard that is not about high end graphics but high end gameplay that is universal and can remain fun 20 years later as a classic – which I believe it will be. The industry needs to look back and think about what made games great and better them for the future of gamers, and win their support back on a mass scale!

Thanks for your time and your great reviews. I love being a part of these conversations to help better our experience!
Anon

GC: Is that Soldier Of Fortune 2?

Out of stock
I had noticed this weekend that whilst looking for something not gaming related in two rather large Tesco stores near me, that the games section appeared to only be a bit of PlayStation and some peripherals.

No Switch or Xbox signage or items were on display. So it sounds like perhaps they are getting rid of the video games section, after what Rolph has said.
WAYNEOS

Murder grass
After about seven hours I’m loving Horizon Forbidden West. It does feel like Horizon Zero Dawn 1.5. Aloy is still a bit of an uncoordinated muppet when away from anything daubed in yellow. I’m still obsessively picking up wood and medicinal berries and hiding in convenient bits of tall murder grass.

But the expanded combat and activities are looking very promising. Seven hours in and I’ve not actually done the first proper story mission. Too busy learning the new in-game strategy game Machine Strike, practicing my moves at the melee pit, doing the first ruin puzzle, and generally pottering around the beautiful landscape.

Other positive initial impressions are the music is a wonderful accompaniment to your actions. The load times on PlayStation 5 are so quick, there’s an option to have the load screen to stay on while you read the load screen info. Also, the improved facial animation and good voice work means, so far, I’m actually enjoying talking with the other characters.

There’s nothing so far that screams next gen expect the usual boons you see with games built to scale across this and last gen, like improved load times, better graphics, and frame rates. It’s a PlayStation 4 game at heart but that doesn’t stop it being something glorious to play on your PlayStation 5.
Simundo

Inbox also-rans
Bethesda talked fairly justifiably about how perfect 11/11/11 was as a release date for Skyrim numerically and have thus gone with 11/11/22 for Starfield. Am I the only one who sees this Tuesday 22/02/22 as numerically ideal? Makes me wonder maybe that was the internal goal all along and Covid mucked it all up.
Tundra_Boosh

GC: Repeating numbers don’t have anything to do with either game? Nor does Remembrance Day.

I know all CEOs are psychos but it does take a special degree off detachment to read about the abuses at Activision and immediately think, ‘That means we can buy them cheap!’. Also: ‘We should totally pretend we hate them for cheap internet kudos, even though everyone will find out we were being ultra cynical just a couple of months later’.
Iceman

This week’s Hot Topic
The subject for this weekend’s Inbox was suggested by reader Cable, who asks what are your favourite (or not so favourite) memories of FromSoftware’s Soulsborne games?

Demon’s Souls, Dark Souls, Bloodborne, and Sekiro have had a huge influence on modern gaming, despite their reputation for extreme difficulty, but what do you think of them and which ones have you played? Did you beat them, and did you think the difficulty was fair or over the top?

Are you looking forward to Elden Ring and what are you hoping for from that game? What are your favourite games to be influenced by FromSoftware and how do you hope that influence will continue in the future?