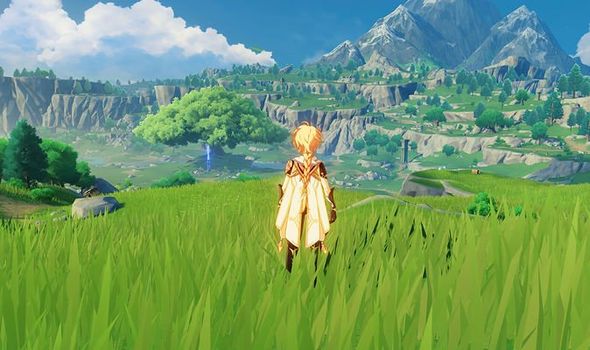 Genshin Impact maintenance is scheduled for today and will be affecting the popular action RPG on PS4, PC and Mobile.

Developers Mihoyo has confirmed that Genshin downtime will last five hours, and gamers have been warned that maintenance could last longer if required.

The good news is that when things have been completed, the Akaya Banner will launch, alongside the new 2.0 content planned for July.

New characters being added include Ayaka, a five-star Cryo, who will unlock alongside four-star characters Chongyum and Yanfei.

The official character description reads: “Daughter of the Yashiro Commission’s Kamisato Clan. Dignified and elegant, as well as wise and strong.

“Inazuma Shogunate, Yashiro Commission, Kamisato Clan. Widely known as one of the most distinguished clans in all of Inazuma, it is the branch of the Tri-Commission that manages ceremonial and cultural affairs.

“Since my parents passed, Brother and I assumed responsibility for all clan matters, big and small.

“During the event wish, The Heron’s Court, the event-exclusive 5-star character “Frostflake Heron” Kamisato Ayaka (Cryo) will get a huge drop-rate boost.”

Ayaka’s Elemental Skill, Kamisato Art: Hyouka can deal AoE Cryo DMG to surrounding opponents. Her Alternate Sprint, Kamisato Art: Senho, allows her to move at high speed in the form of a torrent on water or ground. When Ayaka reappears, she temporarily receives a Cryo infusion.

When she casts her Elemental Burst, Kamisato Art: Soumetsu, Ayaka releases a long-lasting Frostflake Seki no To, a storm of whirling icy winds that slashes repeatedly at every opponent it touches, dealing Cryo DMG.

WHAT TIME DOES THE GENSHIN IMPACT MAINTENANCE START?

The official Genshin Impact maintenance time has been set for 11pm BST on Wednesday, July 21.

Server downtime is expected to last for around five hours and will end with the release of Genshin 2.0

Mihoyo is also offering maintenance compensation of around 300 Primogems for each player after everything has been completed.

Maintenance Compensation: Primogems ×300 (60 Primogems per hour the servers are down).

The official Genshin 2.0 release time has been set for around 4am BST on July 22 in the UK.

For gamers in North America, the new Genshin update will be available to download at 8pm PST on July 21.

A message from Mihoyo adds: “To ensure all Travelers have the best-possible Genshin Impact experience, our developers will soon begin performing update maintenance. After this is complete, the game will update to a new version.

“After Travelers install the new game client, they will be able to continue playing. It is recommended to install the update over a Wi-Fi connection owing to the large file size.

“While the update maintenance is in progress, Travelers will be unable to log in to the game. Please take note of the update time and schedule your game time accordingly to avoid losing your progress. We hope Travelers will bear with us during the disruption.”