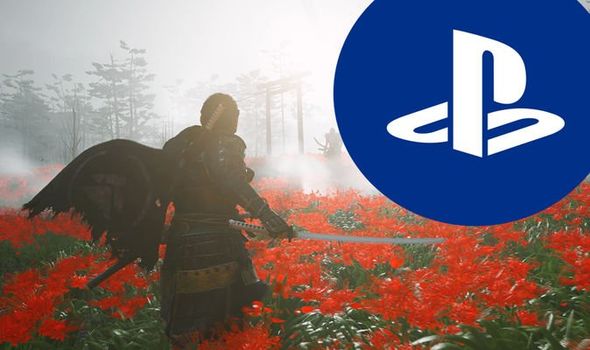 PS4 fans can pre-load Sony’s incredible looking PlayStation exclusive Ghost of Tsushima. If you’ve pre-ordered a digital version of the game from the PlayStation Store, then you’re now able to download and install Ghost of Tsushima ahead of next week’s July 17 release date. Barring any additional pre-release and day one updates, this means that you can start playing Ghost of Tsushima the moment it unlocks. There’s no waiting around for hours for the game to download, just load up and start playing what’s likely to be the final major PS4 exclusive before the launch of the PlayStation 5. If that isn’t already music to your ears, fans have discovered something very exciting while downloading the upcoming action game.

Cast your mind back to the release of The Last of Us Part 2, and to nobody’s surprise, the game commanded around 100GB of space on PS4 hard drives.

If your hard drive is still feeling the effects of The Last of Us Part 2, the good news is that it can now breathe a sigh of relief.

Excluding bonus content and other add-ons, Ghost of Tsushima weighs in at just over 35GB.

While PS4 applications tend to require additional storage space when all said and done, the relatively modest download size is good news for anybody low on hard drive space.

The Ghost of Tsushima download gets a little bit bigger when you start to factor in bonus content.

Fans who pre-ordered the Digital Deluxe Edition will need a further 405MB of space for the soundtrack, and around 22GB for the rest of the bonus content.

You even get a bonus progression point, which is handy for improving the skills of the main character Jin.

Ghost of Tsushima was revealed with an eye-watering trailer during Paris Games Week in 2017.

The game looked so impressive that fans were convinced it was being developed for PlayStation 5.

“The year is 1274. Samurai warriors are the legendary defenders of Japan – until the fearsome Mongol Empire invades the island of Tsushima, wreaking havoc and conquering the local population.

“As one of the last surviving samurai, you rise from the ashes to fight back. But, honourable tactics won’t lead you to victory.

“You must move beyond your samurai traditions to forge a new way of fighting – the way of the Ghost – as you wage an unconventional war for the freedom of Japan.

“Mud, blood and steel: Challenge opponents with your katana for an immersive samurai combat experience, master the bow to eliminate distant threats and develop stealth tactics to ambush enemies.”