The All-Father is an intriguing figure in Norse Mythology. He seeks knowledge to prevent his demise in Ragnarok, as well as the ones he loves. He can be seen as both good and evil; it depends on who you're asking such a question. However, the God of War series takes a darker approach to him, making him more evil, similar to how Zeus was portrayed.

How evil is he, then? Well, between torture, killing, and slavery, it's safe to say that Odin's pretty evil. And that makes him a perfect target for our Axe, blades, and spear.

There are spoilers for God Of War and God Of War Ragnarok in this article.

6/6 The Torture Of Mimir 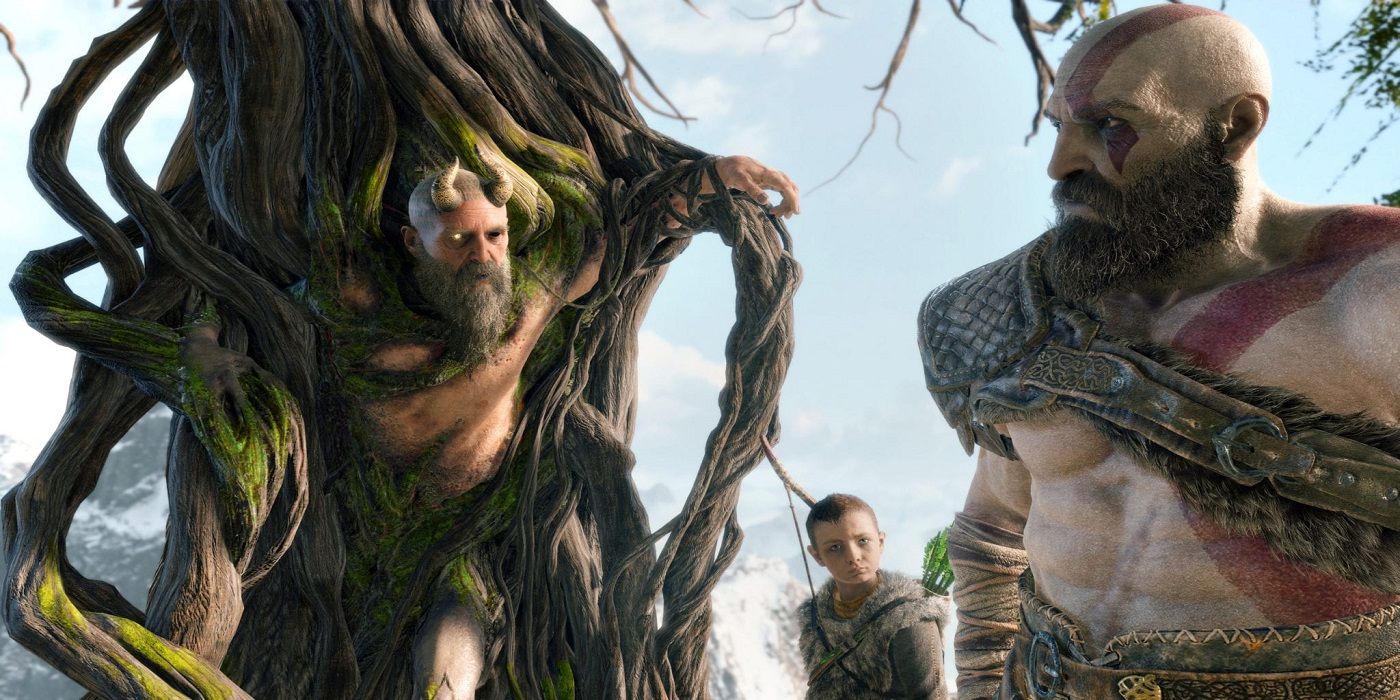 Torturing someone is obviously evil, but Mimir's case is even more complicated. Though Odin and Mimir are no longer friends, or 'partners in crime' as the All-Father says, Mimir is one of those guys who is too useful to kill. He is very knowledgeable, and his information might come in handy someday. Hence, the tree.

Mimir is completely imprisoned, in a way he can't even move anything from below the neck. According to him, he was tortured every day until Kratos arrived. And since his body was completely trapped by the tree, the only solution was to cut the head off and revive it with the help of Freya.

They weren't even sure if bringing the head back was possible, but Mimir's situation was so bad that death was also a good option, at least better than staying in the tree. He's just a head now, which is a prison in itself, but he does consider it an improvement compared to the tree and the torture he suffered. That's how bad things were, all thanks to Odin.

5/6 The Death Of The Giants 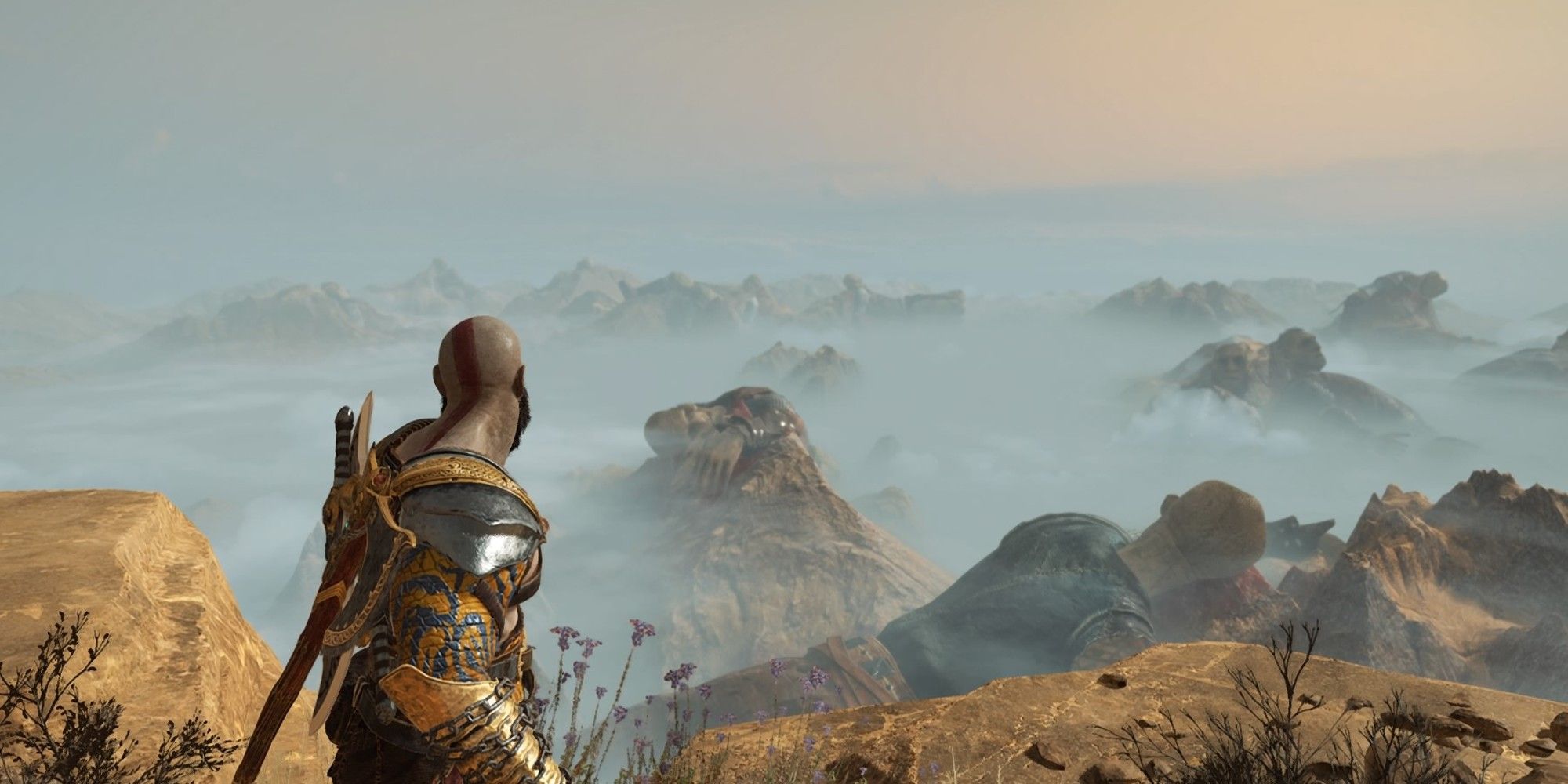 While you could blame Thor for this one, the whole Giant-hunting business started with Odin. He wanted power over seeing the future, something Giants were famous for, so he could know all details of Ragnarok and how to prevent it as well. And the Giants weren't keen on the idea of sharing their secrets, especially because they already knew the threat of the Aesir due to all the future-seeing abilities.

A war broke out between these factions, one that resulted in the near extinction of the Giants. The few remaining are nothing more than souls and, as far as we know, the survivors are only Loki, Angrboda and Jörmungandr. 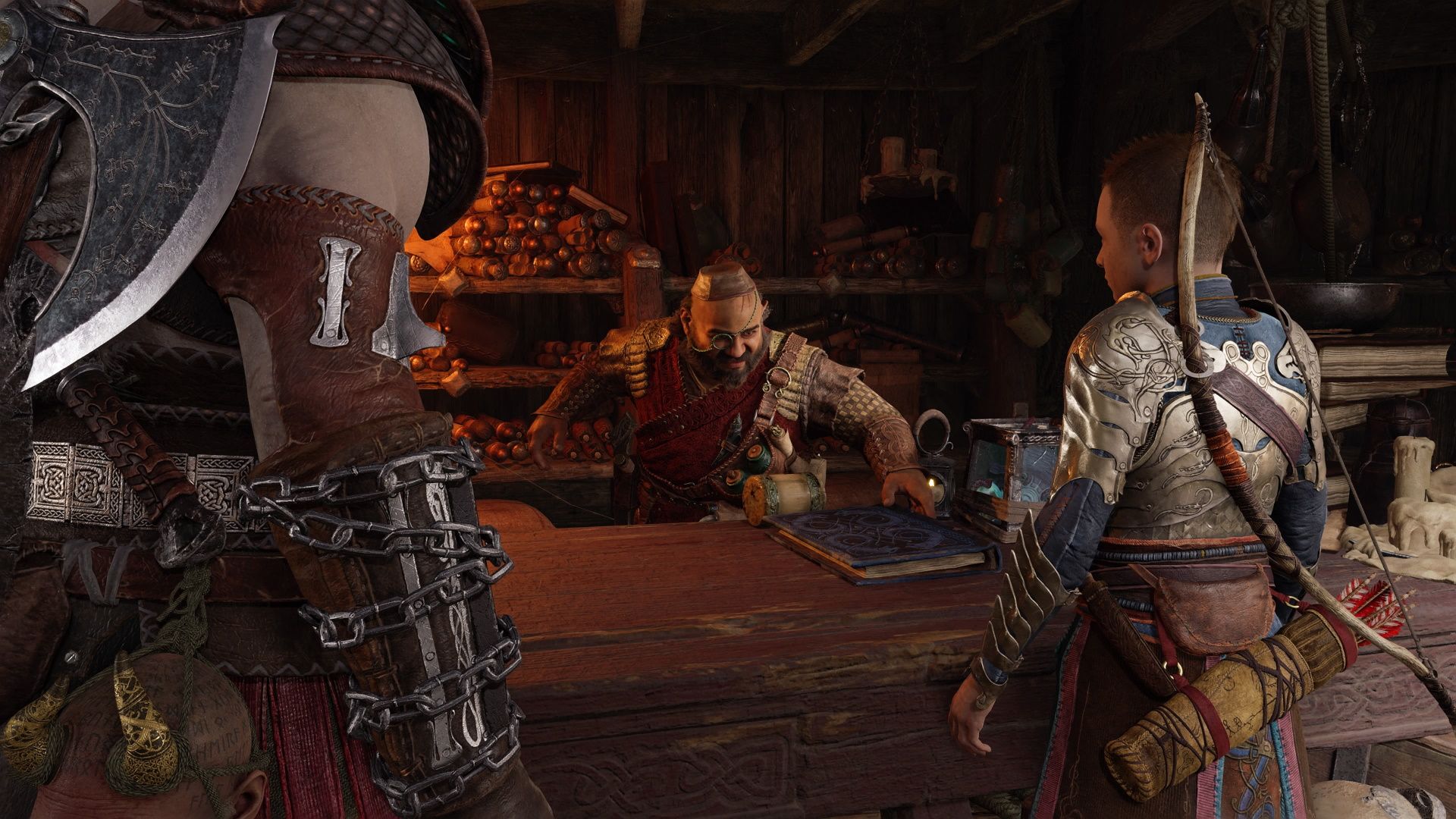 Through deceit, Odin (and Mimir) managed to make the Dwarves submit to the Aesir, thus taking over Svartalfheim. The reasons for these were more technical; Dwarves were masters in craft, which made them powerful allies, and their lands have unique resources.

Taking over Svartalfheim ensured that all of these resources and labor would be in favor of Odin, and not the Vanir Gods, who had many reasons to dislike Odin. This is why Mimir is so focused on liberating as much of Svartalfheim as possible, though part of it is the guilt of his involvement as well.

There were rebellions to liberate the Dwarves too, but they weren't successful. Regardless, a man who enslaves an entire realm is not someone you want to have around.

3/6 Using The People Of Midgard As Fodder 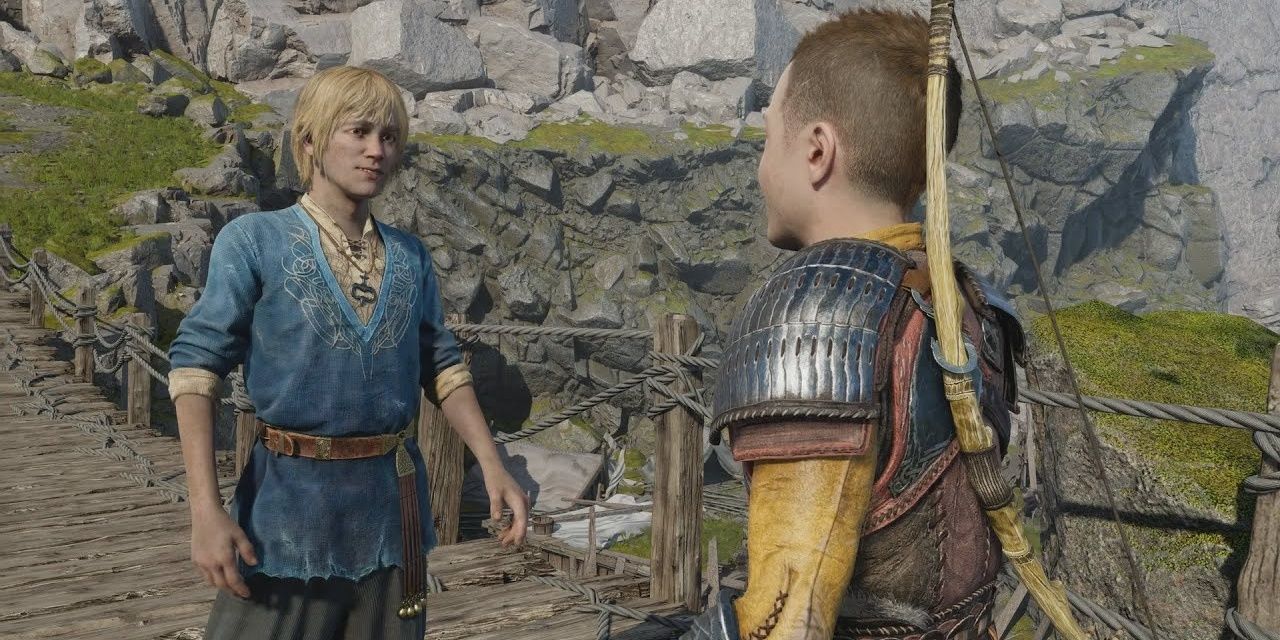 Ragnarok is coming. You can't do anything to stop it at this point. You know your realm will be surrounded by enemies soon. What do you do? You put people around your walls, of course!

What first seems a nice thing turned out to be a very despicable war tactic. When Atreus first goes to Asgard, he sees many people from Midgard living outside the walls. They were allegedly brought there so they wouldn't die of cold from Fimbulwinter, and it makes you wonder that maybe Odin isn't all that bad. Well…

During Ragnarok itself, we see most of these people being caught in the crossfire of everything that is happening. Atreus even tries to close his heart to what is going on, as he was taught, but Kratos stops that, showing that even the former God of War can be more merciful than the All-Father. 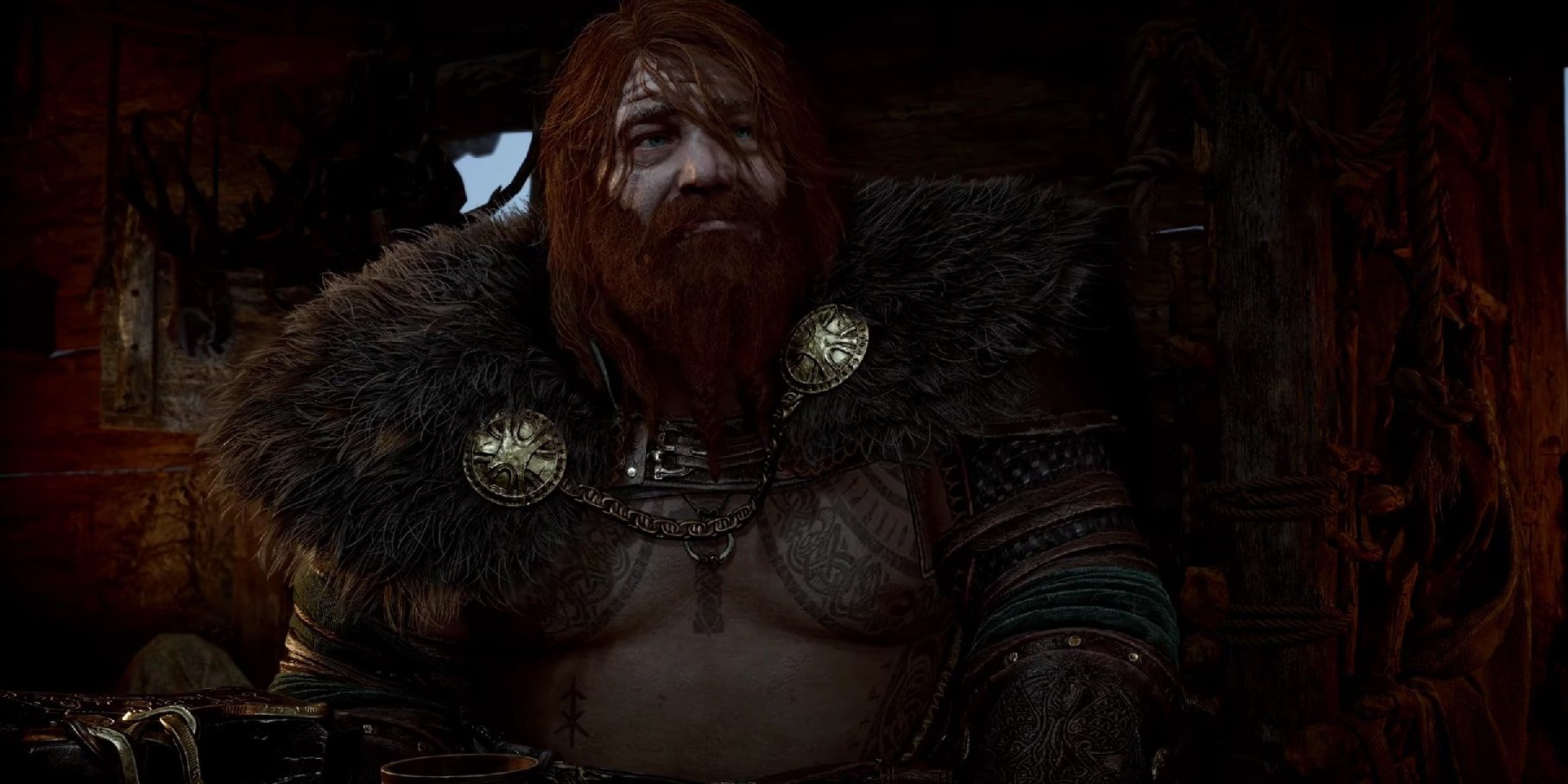 Both games of the Norse Saga dwell deeply on the role of a parental figure. We have Kratos being too afraid to get emotional toward his son, we have a complicated mother-son relationship with Baldur, and two nasty children in the form of Magni and Modi. These relationships show us what people can become when our familial relationships are not ideal.

But Thor represents that even more. Imagine if Kratos kept being a servant of the Gods until today; that's essentially what Thor is. Broken on the inside, just doing as Odin commands, in a combination of obeying your father because he is your father and pure fear of him.

After being defeated by Kratos, Thor is spared. Kratos doesn't want to be a God-killer anymore and, as he trusts Thrúd, he doesn't want to kill her father. Thor then finally understands he needs to oppose his father and, as he tries to do so in conversation, he gets killed by Odin without a second thought. A truly sad moment, and a mark of how far Odin is willing to go to achieve what he wants.

It makes sense that in a story where the protagonist wants to be better as a father, the antagonist is the worst father he could be, killing his son in cold blood. As an extra, You could say that the way Odin treats all of his family members is despicable in itself.

He only values the ones he found useful; he was completely dismissive of Magni and Modi's deaths due to them being 'useless', he only got angry at losing Baldur because he was useful, and he killed Thor the moment he saw he would no longer follow him. All-Father of the year.

1/6 Everything He Did To Freya 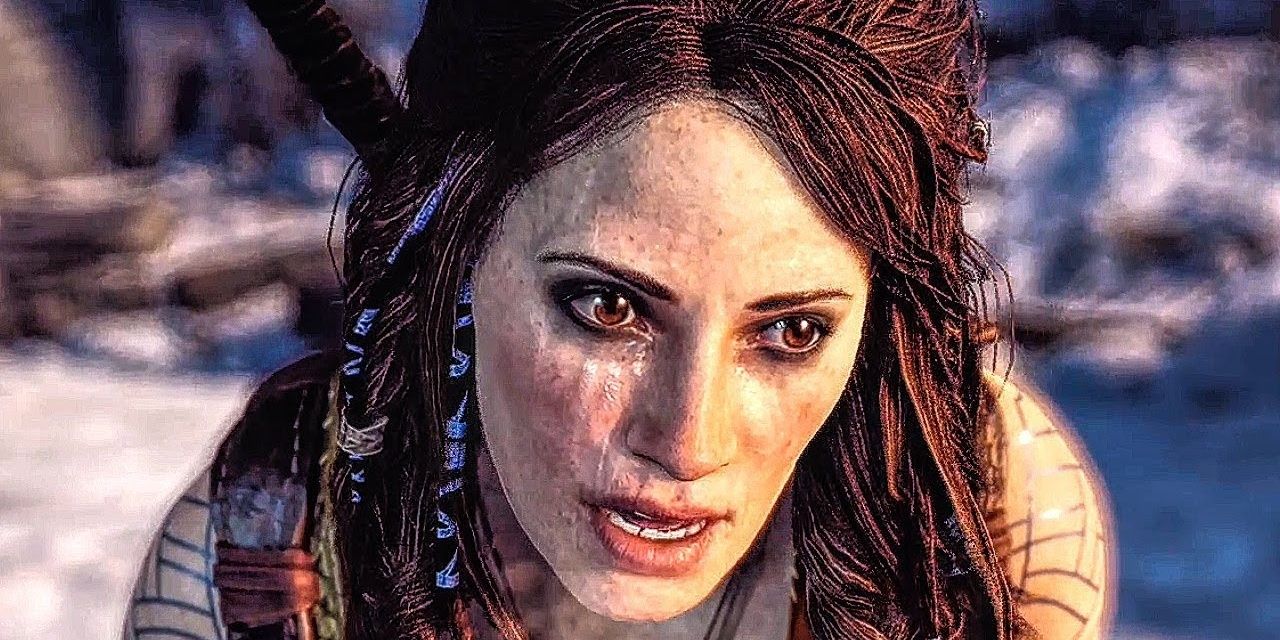 This entry could be its own list, it's that bad.

Starting a war against her people is already a good reason not to like someone. But then she was forced into a marriage with Odin to make peace between the Aesir and the Vanir. At first, it all worked well, but things didn't last that way.

He manipulated her to learn Vanir magic and, when he could no longer trick her, he became a very unlovable figure. Their son, Baldur, essentially became his puppet because Odin used an alleged cure for his curse as a manipulation device.

The All-Father then banished Freya to Midgard, using a series of spells to ensure she couldn't leave the realm, and couldn't harm any other creature, making her completely defenseless and dependent on others for protection. Fortunately, she got around these spells, but banishing her away from her home – whose people thought she had abandoned them for the Aesir – only made things worse for her and the Vanir.

Oh, and do you remember the corrupt Valkyries? Odin did that out of pure spite against Freya. A whole other despicable thing, just to anger our Goddess.