I give Sony Santa Monica a lot of credit for addressing the major flaws from 2018’s God of War in Ragnarok. For one thing, the enemy variety has increased significantly. You’ll find a lot more than just elves, draugrs, and trolls throughout the nine realms, and the more you dig into the side quests and explore the optional areas, the more monsters you’ll see. Ragnarok also makes an attempt to improve the much-maligned gear system that felt tacked-on and under-developed in the last game. Somehow, it both falls short and exceeds expectations.

There’s far more depth in build crafting now that provides some meaningful decisions when it comes to the gear you choose, and Kratos has a greater amount of equipment slots to fill now. At the same time, the pacing and power progression issues from 2018 have only been exacerbated by the wider pool of items and resources. Like its predecessor, Ragnarok’s ‘looter lite’ approach to gear tends to stagnate for long stretches, despite the constant flow of crafting materials, which creates an unfortunate dissonance that’s even more frustrating than before.

At first glance, the inventory system may not even look different to you. Kratos has the same simple weapon slots – one each for his axe, blades, and shield – as well as three armor slots, one relic, and two runic attacks for each weapon. Every piece of gear has a stat line – health, strength, defense, etc. – and a trait that enhances Kratos’ power in some passive way. One might help you build rage faster, while another might give you a health burst when you execute enemies. Typically, wrist and waist pieces will have the same trait, which stacks for increased effect if you wear them at the same time. 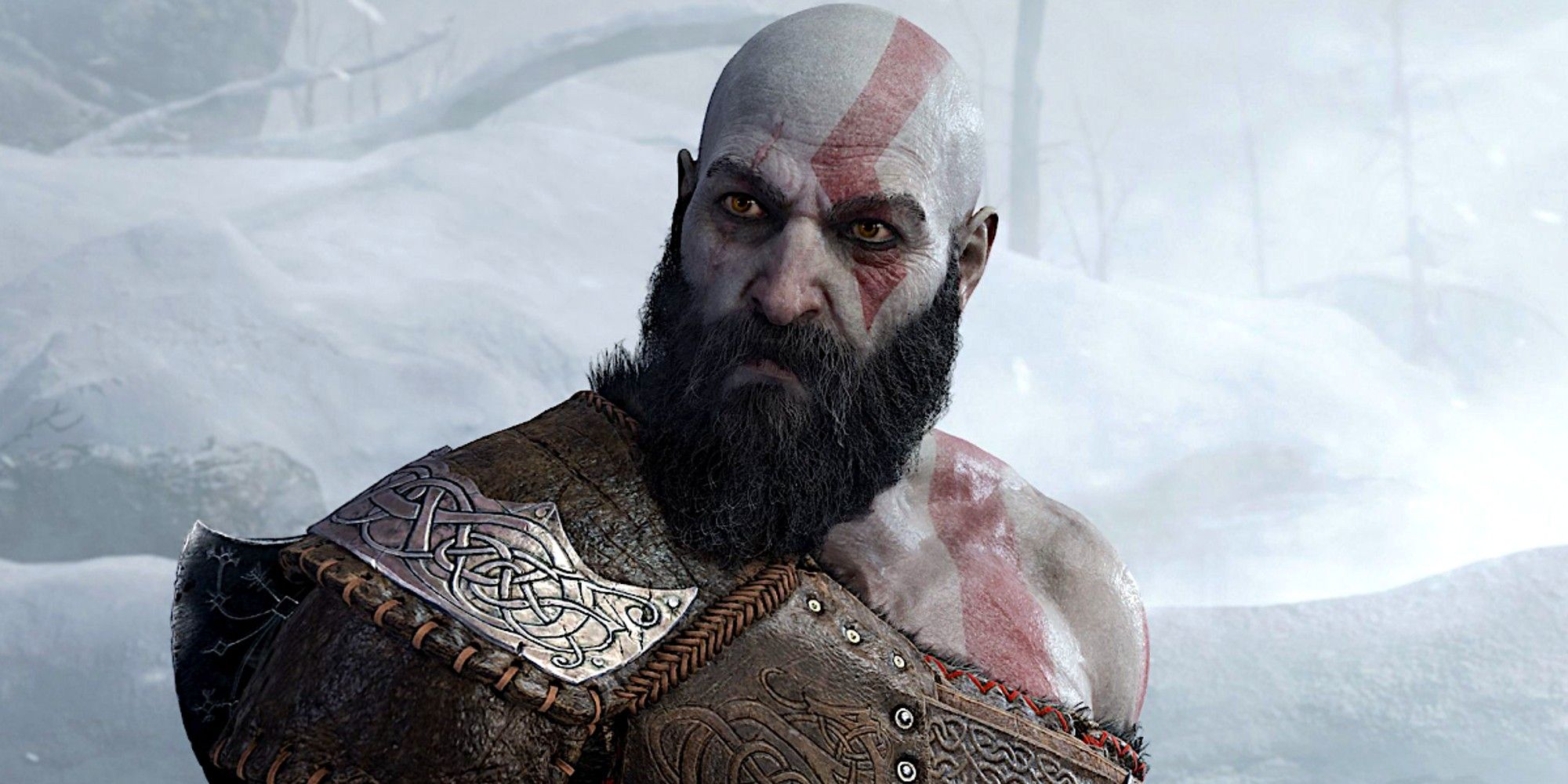 This system starts to look more refined once you have a greater number of pieces to choose from. It’s easier now to put together builds that focus on a specific playstyle. You can build Runic power and cool down reduction and play as a mage-style Kratos, or you can choose gear that creates and enhances the Realm Shift effect, allowing Kratos to slow down time and fight like he’s The Flash. Additionally, Ragnarok has additional status effect options compared to its predecessor. My favorite build relies on poisoning enemies to weaken them, which also allows me to dish out bonus damage while they’re poisoned. There’s a lot of different ways to create a build, and because every piece of gear can be upgraded, every build can be viable throughout the entire game.

Later on, you’ll acquire another gear slot of attaching up to nine runes. Runes provide even more stat lines as well as a set bonus if you equip three of the same type. Though these set bonuses generally aren’t as powerful as armor traits, this effectively gives you three additional armor slots to work with. If you want to fine tune your build down all the way down to individual stat points, you can do that in Ragnarok.

While there’s increased variety in build crafting, the progression of power still leaves a lot to be desired. Once you land on a build you like, you don’t have to think about your gear much at all. You still need to upgrade each piece as you collect resources, but because the way the game gates access to crafting materials, that linear stat increase never makes you feel any more powerful. At best, you can just keep up with the natural difficulty increase present throughout the campaign. Nothing ever unlocks new traits or improves in any way other than increased stat numbers, so there’s little incentive to engage with gear unless you’re keen to keep experimenting. 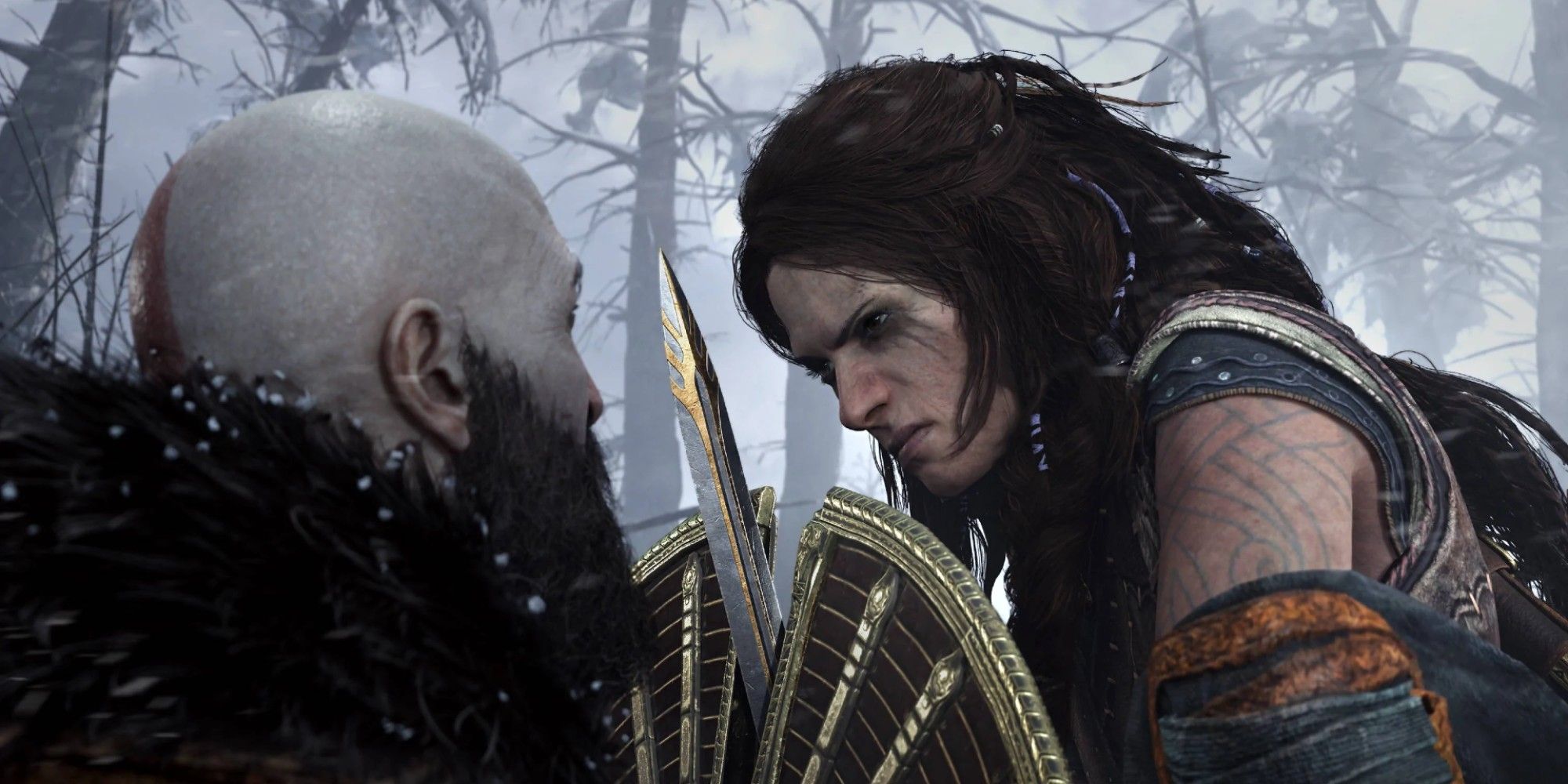 There’s a major flaw in the way that upgrades are earned too. Every upgrade level on every piece of gear requires a different type of crafting material, and those materials are tied to story progression. When you upgrade your chest piece, you won’t be able to upgrade it again until you progress further, because the type of material you need changes with every level. This means there are a lot more different kinds of mats than there were in the previous God of War, but it also means most of them are useless unless you want to upgrade your extra gear that you aren’t wearing.

The large variety of crafting materials means that every monster you take down explodes like a pinata with resources. That gave me a nice little dopamine hit at first, but it didn’t take long until I realized there was nothing to do with those materials. The side quests in Ragnarok are great, but it feels discouraging to spend hours exploring secret areas and collecting resources only to return to Sindri and discover none of your gear can be upgraded. If you’re the type to indulge in side quests throughout your journey rather than beelining the campaign, you’re going to have this experience a lot. 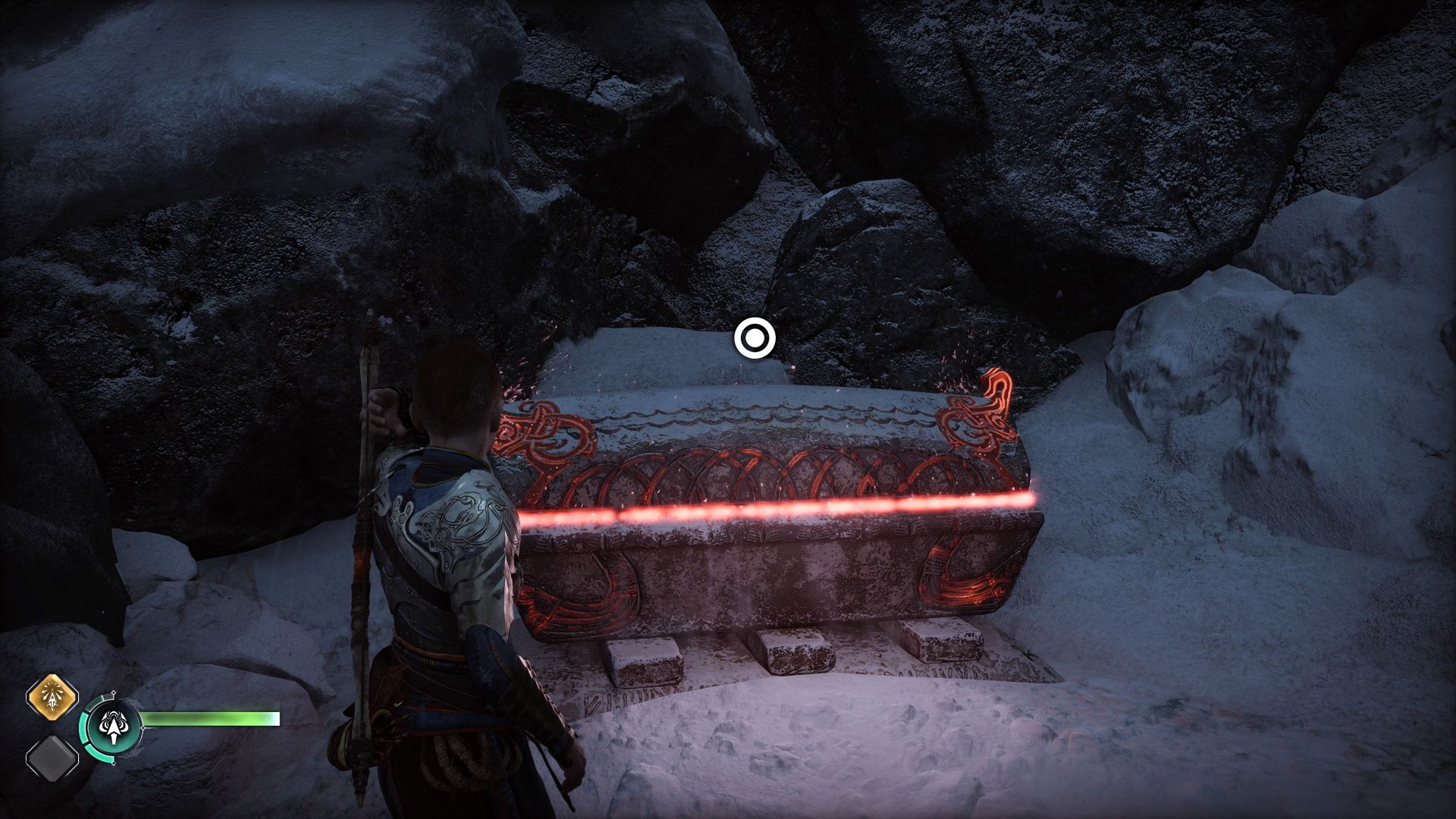 I could see the argument that having so many extra mats is meant to encourage you to level up a variety of gear so you can keep experimenting with builds, but the problem is every upgrade costs a specific mat and hacksilver. Making hacksilver a universal currency heavily restricts how much freedom you have to try out different things. I eventually found myself selling off hundreds of unused crafting mats for hacksilver just so I could buy more resurrection stones and upgrade all my Runic attacks – which are far more mix-and-match than armor and weapon gear. In a real looter it makes sense to have a way to dump unneeded resources at a vendor, but for God of War, it feels like a design flaw.

I put together my poison build just halfway through the game, and while I made some tweaks later on as I collected new runes, I kept that build all the way until the end of the game. Every few hours I'd find the new mat I needed to upgrade a piece of armor to give it +2 luck or something, but for the most part I just stopped engaging with gear entirely, because I had no reason to. Ragnarok makes a lot of improvements to gear, but it’s still the weakest aspect of the series.