One of Godfall’s many minor bosses is Nyak Summoner. This guy, as the name implies likes to summon things – whether that be lightning, more lightning, or literally beings made of lightning. He has his gimmick, and he’s sticking to it. Throw in a second phase and the ability to teleport, and you’ve got yourself a boss.

Like every ranged boss in Godfall, the trick is to navigate a flurry of ranged attacks, close the distance, and clobber the guy into submission (or death). This is easier said than done, and Nyak Summoner takes this to the next level with a few dirty tricks that will force you to make some difficult decisions. 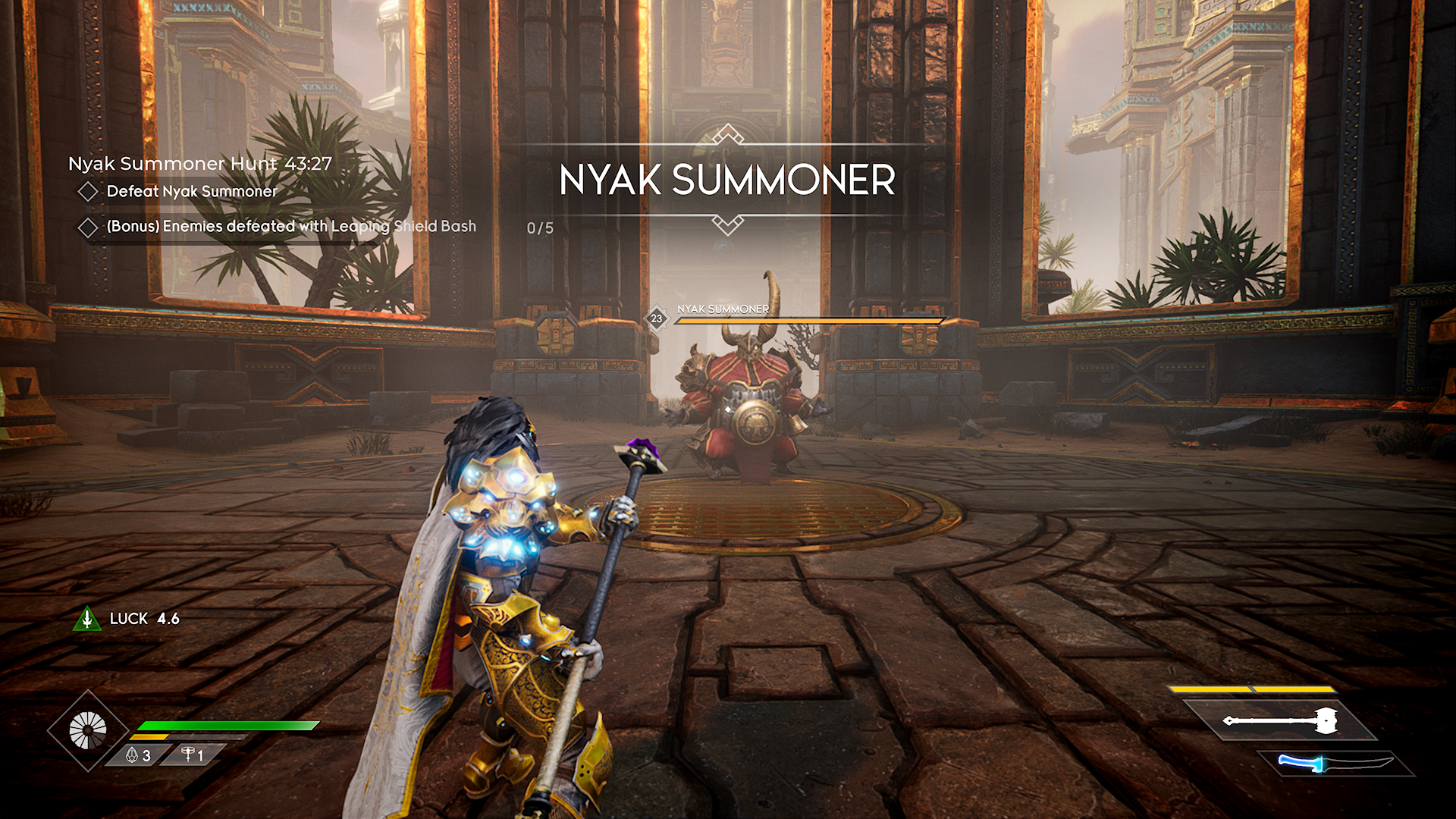 Nyak Summoner wants to do one thing, and he will do it until you die – or he does. His whole shtick is throwing balls of lightning, turning things into lightning, and calling down lightning from the sky. 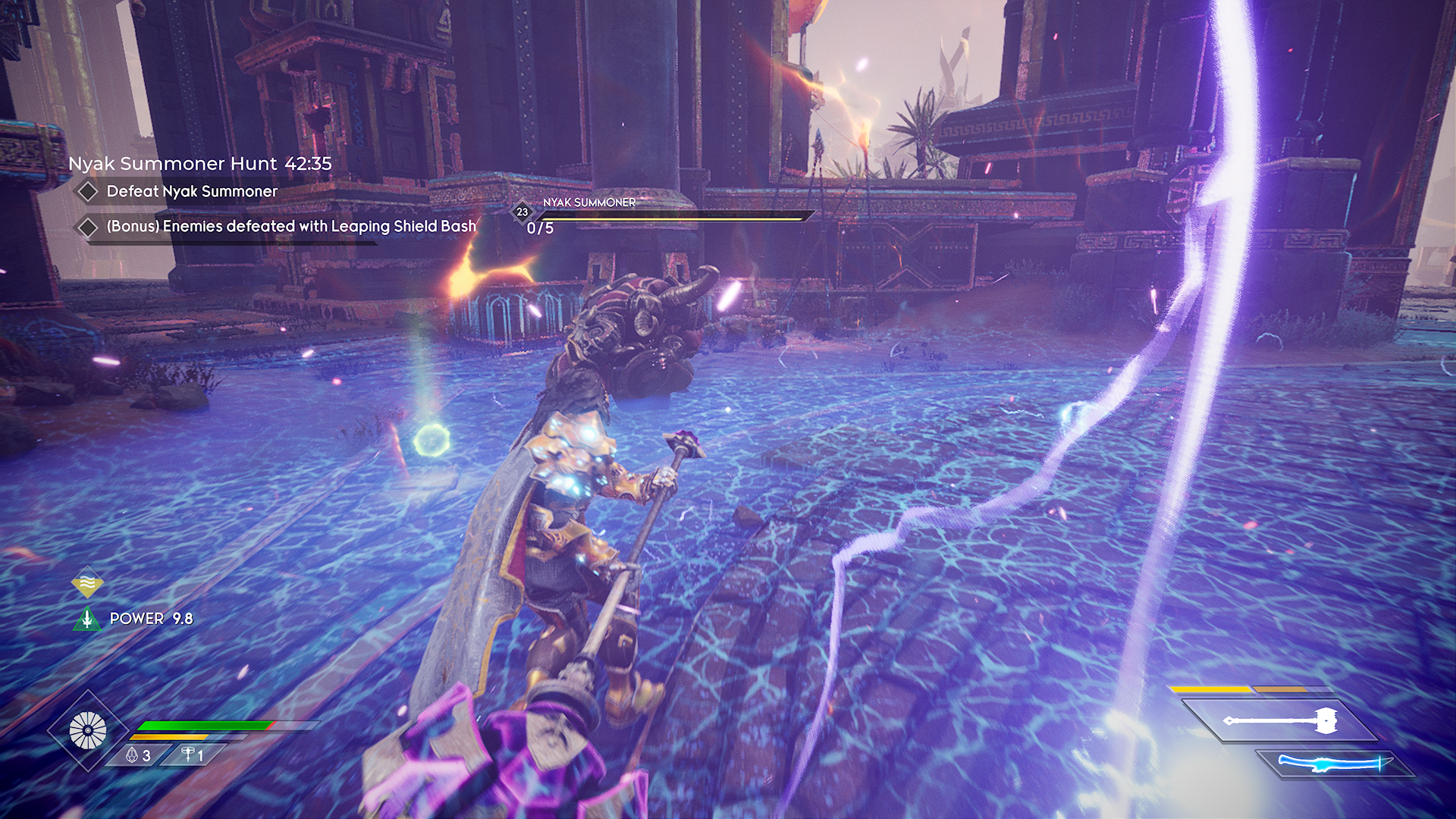 The most important skills for this battle are Shield Throw, Finesse, and Weak Points. Shield Throw will grant bonuses to your, well, Shield Throw, allowing you to deal more damage at a distance, which may be required. Finesse will improve your dodge, and even light investment will unlock a powerful slide maneuver. Weak Points will show when and where to attack Nyak Summoner to deal the most damage.

For weapons, you have several options based on how you want to fight Nyak Summoner. If you want to be aggressive, then something like a greatsword or hammer will give you plenty of damage to stagger Nyak Summoner more often. If you are more inclined to stay back and use parries and shield throws, then a Polearm is perfect as it has a ranged Weapon Technique.

As is always the case, you want to go into this fight with a maxed-out Archon Fury gauge. This will allow you to enter your buffed-up state early, and inflict as much damage as possible, shortening the fight. 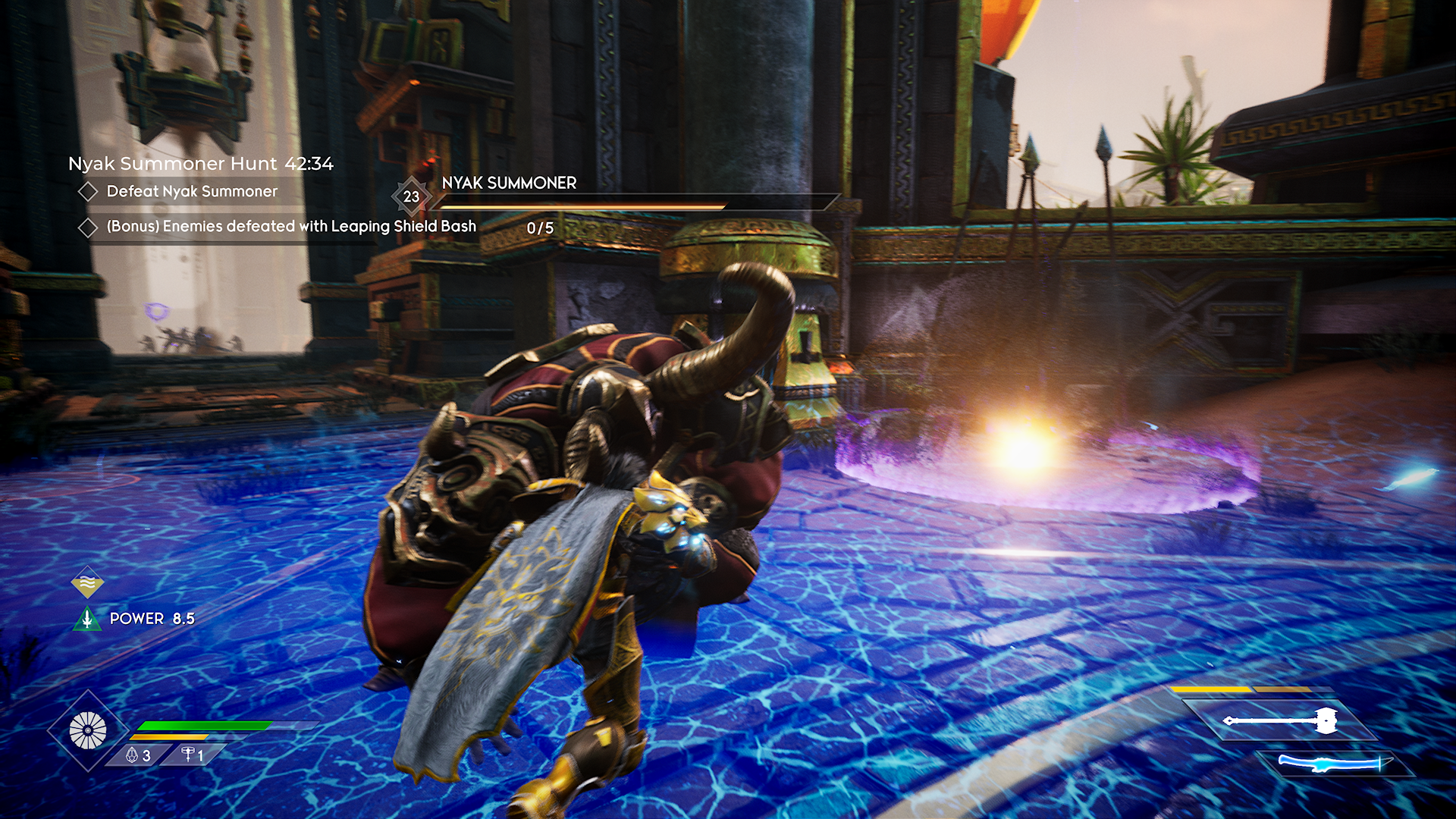 There are two strategies for fighting Nyak Summoner, and they both revolve around Nyak Summoner’s ability to electrify the arena.

Firstly, if you want to be safe, then falling back whenever Nyak Summoner uses this attack is advised. You can then use this distance to throw shields, parry his orbs, and use your Weapon Techniques to deal damage from afar. Once the floor is back to normal, pressure Nyak Summoner in close combat.

If you want to be more aggressive, you can ignore the chip damage from the electrified floor, and constantly attack Nyak Summoner. For this, you will want a heavy weapon to maximize your stagger potential, ideally Breaching Nyak Summoner early. You will take damage doing this, but the floor itself doesn’t deal too much, and provided you are avoiding most of Nyak Summoner’s other attacks, you should be fine.

When Nyak Summoner teleports away, the same strategies apply, only now you have to dodge tight lightning strikes and deal with additional minions. You may want to swap your weapon so something faster so you can more easily dodge mid-combo.

Nyak Summoner’s minions should be dealt with as a priority, but make sure to keep Nyak Summoner in view so you don’t get attacked from behind with a Power or Perilous attack. Once they are dealt with, refocus on Nyak Summoner and take him out.