It's not unusual for games to disincentivize players from performing acts that would be out of character for the protagonist. In Mario, you gain nothing from jumping on a Toad's head. In Cyberpunk 2077, your firefights with the cops are pointless too, not giving you any XP. But Gotham Knights is really going out of its way to put players off being too naughty, explicitly telling them that there's no point straying from fighting the designated bad guys.

One of the tips that appear on the loading screen instructs players to "pick fights carefully", because they shouldn't be going after the GCPD. No matter how much effort you put into taking down officers, you won't earn any XP or Salvage, making the whole thing useless. This is on top of the game warning players not to go after civilians, as the devs are eager to get everyone behaving like good little vigilantes.

"Be careful not to harm the citizens you are sworn to protect," reads one of the in-game tips. "Defeating GCPD officers does not earn you XP or Salvage. Pick your fights carefully," reads another.

With this in mind, it seems that the devs don't want players to treat Gotham Knights like a Batman-style Grand Theft Auto game. 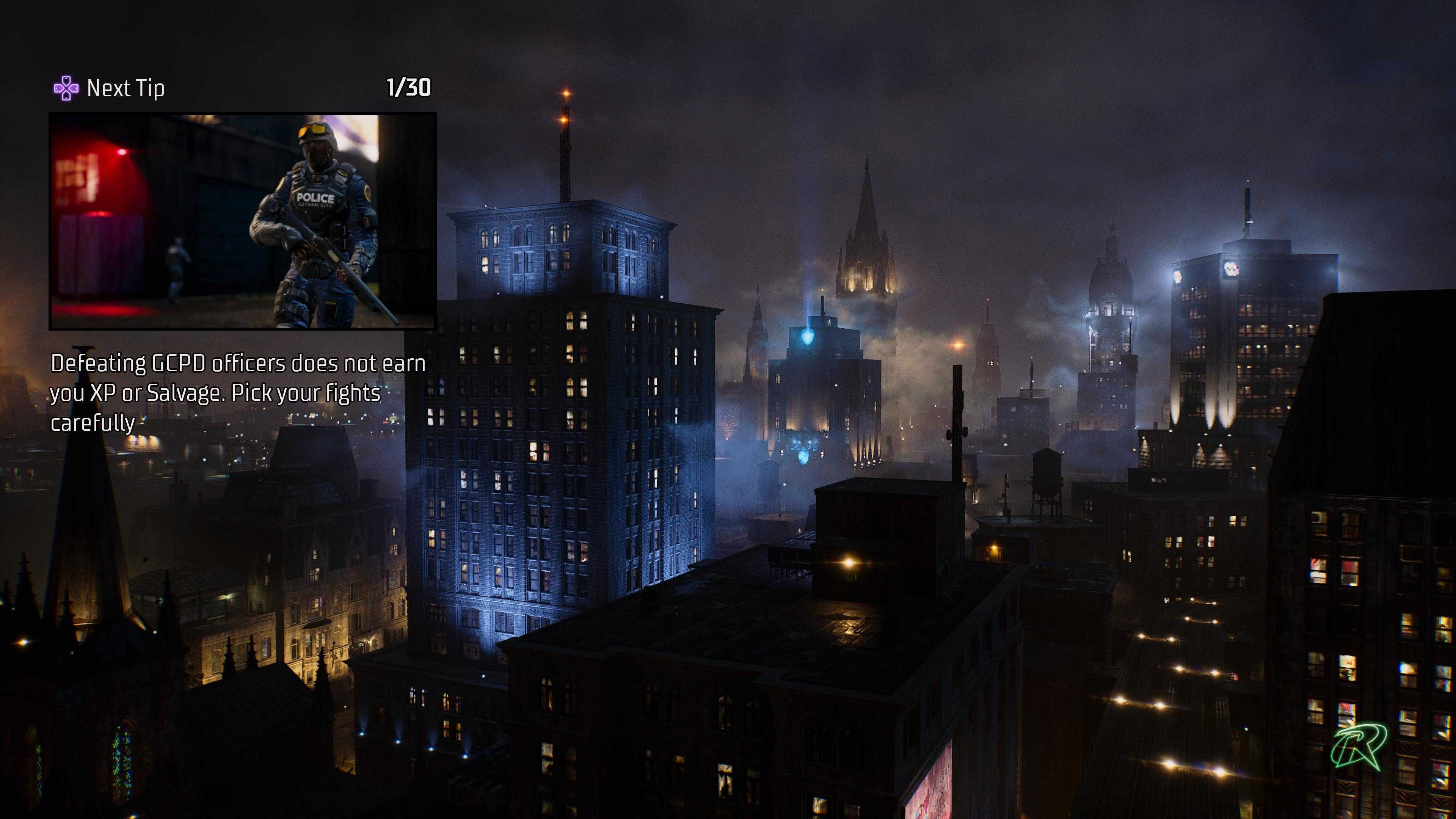 However, as we covered earlier today, some players are finding ways around the bat kids' promise to do good. From throwing enemies off of 100ft buildings, to shooting bad guys in the face, there are plenty of ways for fans to dispose of anyone in their way – and in a pretty permanent fashion. I don't care if the game says those rounds are non-lethal, there's no way the goons will be walking those shots off.

And yet vigilante morality is far from the biggest concern for players right now. Despite the controversial decision to cap the game at 30fps on console, it's actually performing worse than that. Framerates have been found to drop as low as 25fps when travelling on a motorbike, even on Xbox Series X and PS5.