We all die sooner or later. Rich, poor, Knack fan, good taste—at some point, everyone kicks the bucket, and that’s grim. The number of nights I’ve fallen into existential dread about what comes after is muddying into the triple digits, which isn’t helped by the fact that so many of our favourite games and shows tackle death with such finality. It’s dreary. But Grim Fandango was a breath of fresh air, pushing through the stigma and taboo of talking about death to deliver something more comedic, bringing life’s monotony beyond the veil.

Grim Fandango isn’t rooted in any one religious context. Its afterlife is vague enough that anyone can dig into it and find something to relate to—there’s grim reaper imagery but also similarities to Dante’s Inferno with the circles of Hell, but rather than raging fires and torture chambers, it’s a Tim Burton-esque world of skeletons not too dissimilar to our own. It’s a world that I got lost in without ever feeling glum about that fear of potential nothingness.

I was raised Catholic and then Christian, dragged to Sunday school, and forced to sing hymns and read the Bible. There’s always that nagging part of me that falls back to God like a safety net, regardless of how much I pull away. Going through some of the worst periods of my life, I couldn’t help but slip back into old habits, whispering into the void, hoping there was someone listening. But it’s mostly hope—I’m not sure I’d call myself a believer in much these days. Yet having that belief of something after death ripped away is like jumping out of a helicopter without a parachute. It’s terrifying, and I still haven’t recovered. 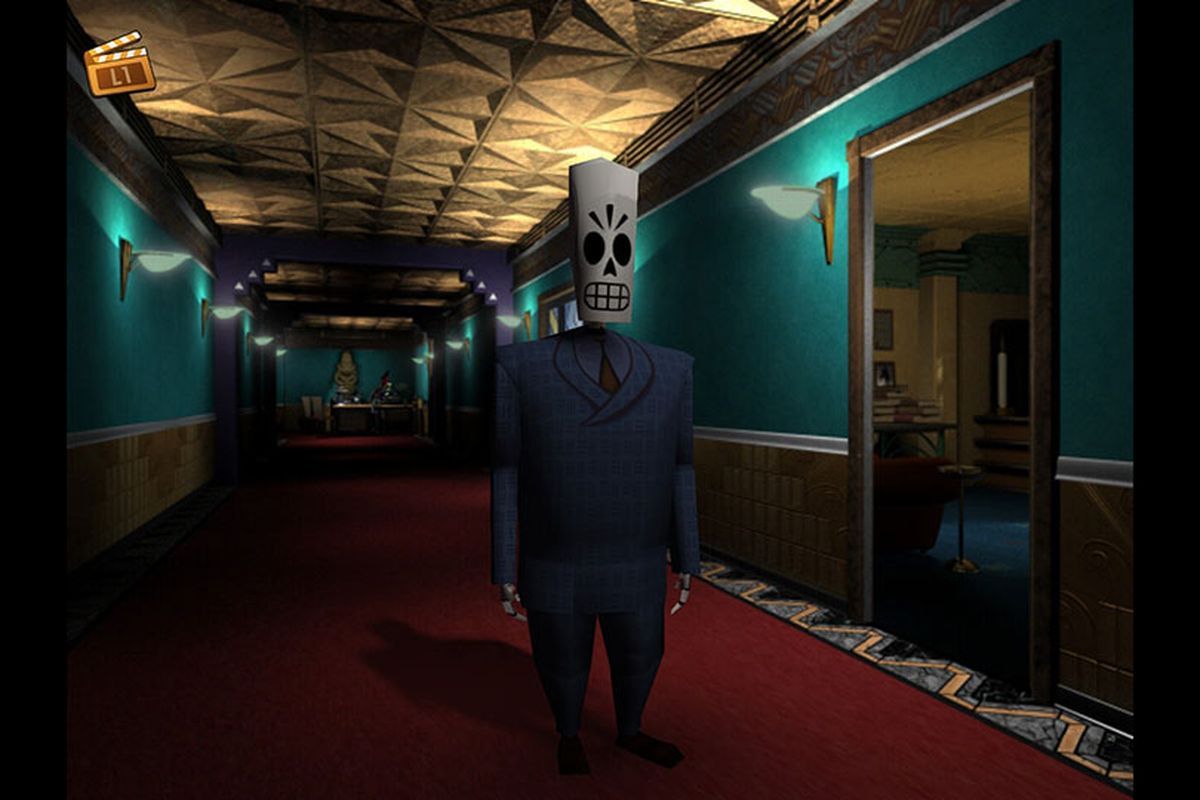 It’s a universal fear—it’s why so many are hell-bent on being ‘good’, trying to avoid the burning pits of hell or clinging to the hope that they’ll be rewarded for living a just life. I wish that were true, but I’m trying to grow content with the idea of blissful emptiness, even if it’s an uphill battle on a snowy day with lubed-up rubber boots on. Grim Fandango was like being given a pole to stick into the dirt for leverage. It takes death and looks at it as though it’s something nonchalant and every day, as bland as setting your alarm or going to Tescos for a cheddar cheese sandwich.

The very opening sees a salesman trying to peddle a decent travel package for the afterlife, like death is now a commodity. Crooks are hijacking tickets, selling counterfeits, and corrupting cities, while we’re off sailing the world with fishermen, running casinos, and palling about with demons. Death is just like life, another chapter, and it doesn’t matter how that looks. It could be nothing, but even if it is something, who's to say it’ll be that much better? That’s the answer that Grim Fandango thrives in.

I’m not comfortable with death, usually finding depictions of it to send me into a spiral about my own mortality, so it was nice to play something that I got lost in, not fearing the inevitable. Death is even a part of death in this world with skeletons being sprouted and returned to the dirt, as finality isn’t so final. And that’s an approach to treasure. Nobody can tell us what death is like, nobody can definitively answer what comes next, so there’s no reason to care or lose ourselves worrying about it. It’s the definition of out of our control.

And for the characters who did end up in Grim Fandango’s unfortunate underworld, it’s nothing but a bunch of stuffy suits playing the same game they all did when they were alive. Maybe that’s what we’ll see instead of pearly gates or maybe we’ll just be coddled by an abyss. Whatever happens, joking about it and making the idea of death less of a boogeyman can only help us come to terms with something so every day.