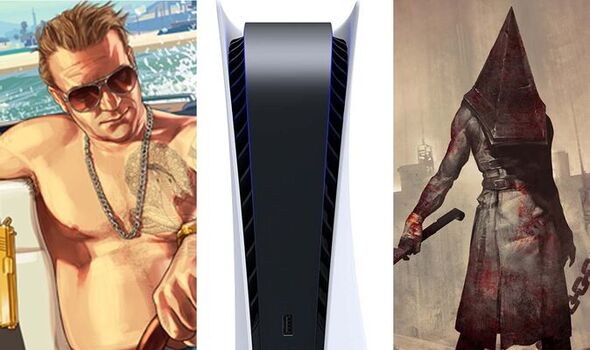 GTA 6 is one of the most anticipated games on the horizon, and rumours are circulating that we could see the first ever trailer for the next Grand Theft Auto within the next few months. It’s thought that the first full reveal of GTA 6 could be sooner than many people expect, with rumours tipping a first-look at GTA 6 before Take Two holds a big investor’s call in May. And one notable insider has claimed that the rumoured GTA 6 trailer could give fans a proper look at gameplay for the next Grand Theft Auto.

TezFunz2, who previously correctly said GTA 6 would get announced in 2022, has claimed the first trailer for the next Grand Theft Auto could feature “work in progress” material similar to the initial GTA 5 trailer.

That trailer featured in-game footage which showcased the wide variety of sights that can be seen in Los Santos.

Speaking about the first GTA 6 trailer, TezFunz2 said: “Yeah. Just expect the usual initial annoncement we are used to this year.

“Work in progress materials. Like the first GTAV trailer.”

TezFunz2 didn’t say when exactly the GTA 6 trailer could be, but from the sounds of it we could be getting more news on the next Grand Theft Auto at some point in 2022.

Elsewhere, PS5 fans have been given hope that a major PlayStation event will be taking place in March.

A number of high-profile leakers have claimed that a big PS5 event will be dropping in March.

And hot on the heels of these comments from Tom Henderson and @Shpeshal_Nick another leaker has added to the rumours surrounding a March State of Play or PlayStation Showcase event.

This time around it’s accountngt who has discussed the rumoured Sony March event, claiming PS5 fans will get an update on Hogwarts Legacy during it.

The leaker, who correctly revealed recently that the new Fantastic Beasts trailer was getting delayed, said an update on the highly anticipated Harry Potter game was coming in March.

Sharing a GIF of the game @accngt posted: “Heard about new stuff today…Yes, you can 100% expect a new trailer in March”.

In separate tweets they added to claims that a March 2022 PlayStation event was happening.

And finally anyone hoping for a return of long-dormant survival horror franchise Silent Hill have been delivered a surprise update.

If you now head to www.silenthill.com you will see the website now only shows a screengrab of a tweet from Silent Hill artist Masahiro Ito.

Prior to this the site had an image of Pyramid Head, showing the monster’s height as being nine feet and saying “he was first”.

This was a reference to the buzz created by Resident Evil 8 villain Lady Dimitrescu standing at over nine feet tall.

It previously had been reported that after the Silent Hill domain elapsed it was purchased by a mysterious party from Konami for around $10,000.

So both this Lady Dimitrescu meme and the latest update to the site could be the work of the domain’s alleged new owner.

Even if that’s the case, whispers on the ground still suggest the Silent Hill franchise could be making a comeback, with Bloober Team – makers of the brilliant 90s survival horror throwback The Medium – allegedly working on a new entry of Konami’s much loved series.