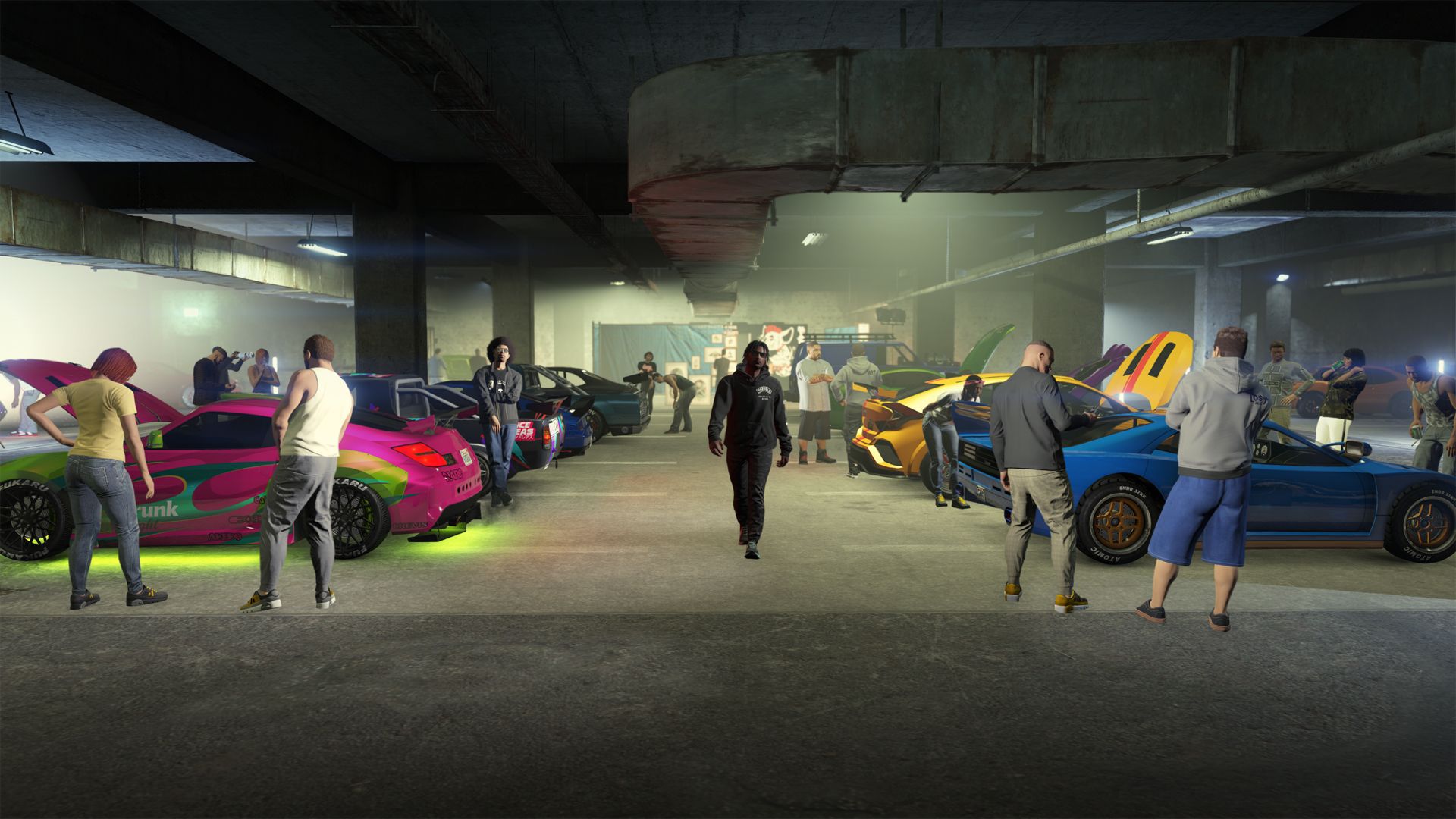 Rockstar is introducing a new social area in GTA Online, as it reveals that cars will have a higher top speed on PS5 and Xbox Series X/S.

It’s been a while since there’s been a major update to GTA Online, with most of the talk recently being about GTA 6 and how it’s unlikely to come out any time soon.

To help compensate for that fact Rockstar has announced details of its next update, which revolves around a community of underground (literally and figuratively) street racers called the Los Santos Tuners.

The Tuners will be getting their own themed missions in the future but on Tuesday, July 20 they’ll start with a new social space in an underground car park.

In game terms that means somewhere where you can show off your cars without worrying about having your face shot off by another player. The LS Car Meet also allows you to mod vehicles in real-time, with friends, and drive them at a new test track.

The LS Car Meet is in Cypress Flats and has its own reputation progression system, which unlocks new benefits after every level.

These include the chance to compete in prize ride challenges, to win uniquely customised cars, as well as access to the new merch shop, tattoo shop, and modding area.

The very highest level members will also be able to create a private takeover, allowing you to put up your own customisable lighting and banners.

New head-to-head and time trial races will be available from the Car Meet and there’ll also be new customisable vehicles, all of which look suspiciously similar to real world cars.

Interestingly, Rockstar is promising that when GTA Online launches on Xbox Series X/S and PlayStation 5 later this year some of the vehicles will gain new upgrade options, including speed improvements.

These will only be available in the next gen versions of the game (perhaps because the SSDs of the console allow the map to be loaded in more quickly, so it’s not constantly catching up with the car), which is pretty much the first solid detail Rockstar has provided about the new versions.