Do you want to know the best open-world build for your gun-slinging master of death in Guild Wars 2? You've come to the right place, let us show you how to turn your Harbinger Necromancer into an unstoppable and unholy outlaw, custom-made for your open-world adventures.

The necromancer is a tanky class, already very good at soloing in the open world, but this build is fantastic and takes the destructive potential to a whole new level, while at the same time being a blast to play. 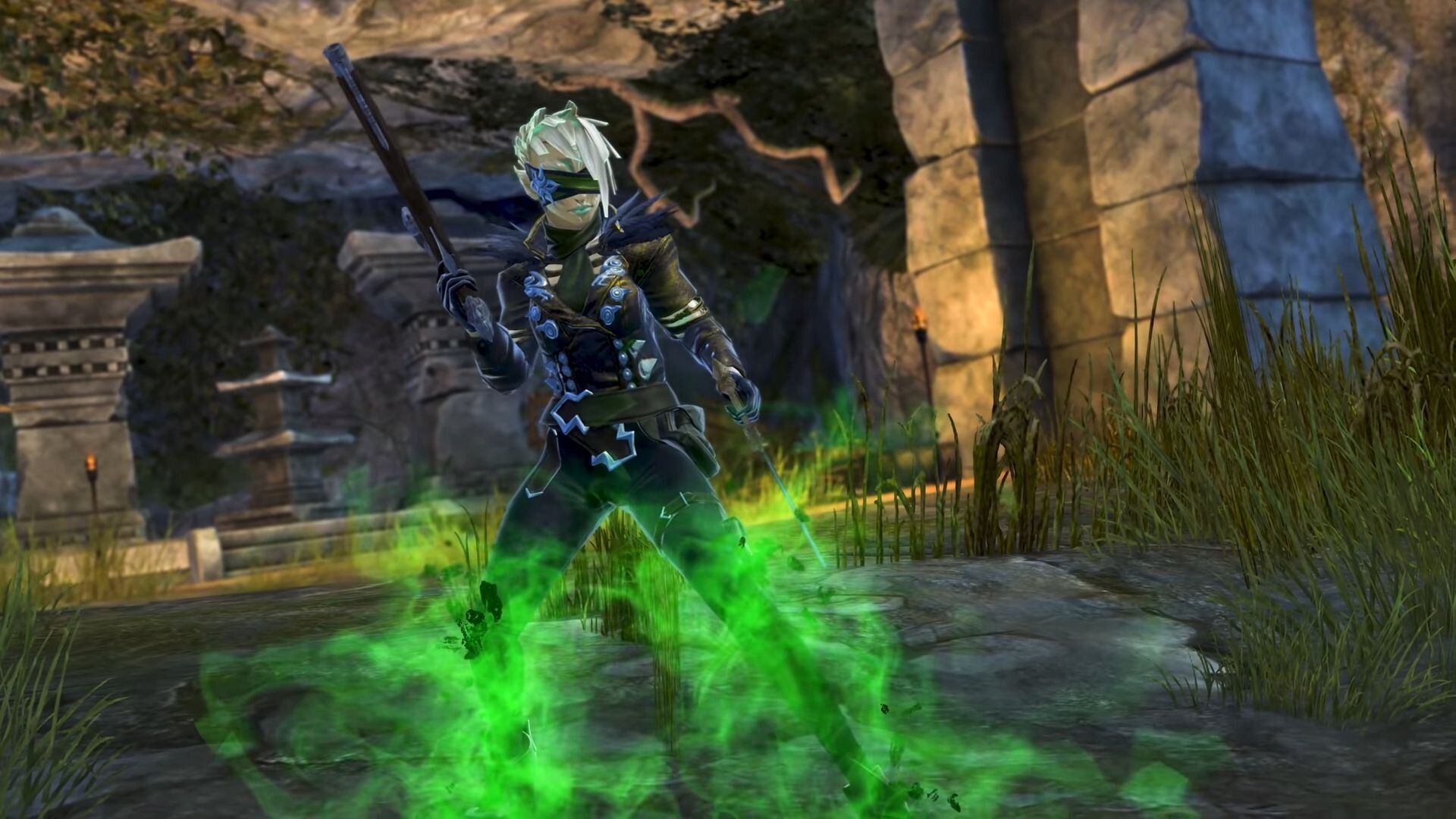 The Harbinger is the third elite spec variant added to the Necromancer profession in Guild Wars 2. Its focus is on using ranged attacks with a pistol, while imbuing themselves with various buffs, or debuffing their enemies with elixirs. The harbinger doesn't have the same level of support as the scourge or guardian, but what it lacks in support it makes up for in damage and survivability and is a particularly effective elite spec for the open world.

The two primary changes that the Harbinger elite spec brings to the Necromancer profession are the elixir utility skills, the blight mechanic, and the Harbinger Shroud.

How Does The Harbinger Shroud Work?

The Harbinger Shroud is different from the normal Death Shroud because instead of acting as a secondary health pool, it instead gives you access to some high damage and mobility skills. It also gives you access to blight, every single stack of blight decreases your health pool by two percent but also grants you a small heal. Blight can go to a maximum of 25 stacks.

While many MMOs follow a strict rock paper scissors formula, Guild Wars 2 is known for breaking the mold. You can take any profession and build it into either damage, support, healer, or tank role. While one particular profession might not be best in the slot, it will still be capable of adequately fulfilling that role.

The Best Harbinger Traits For The Open World 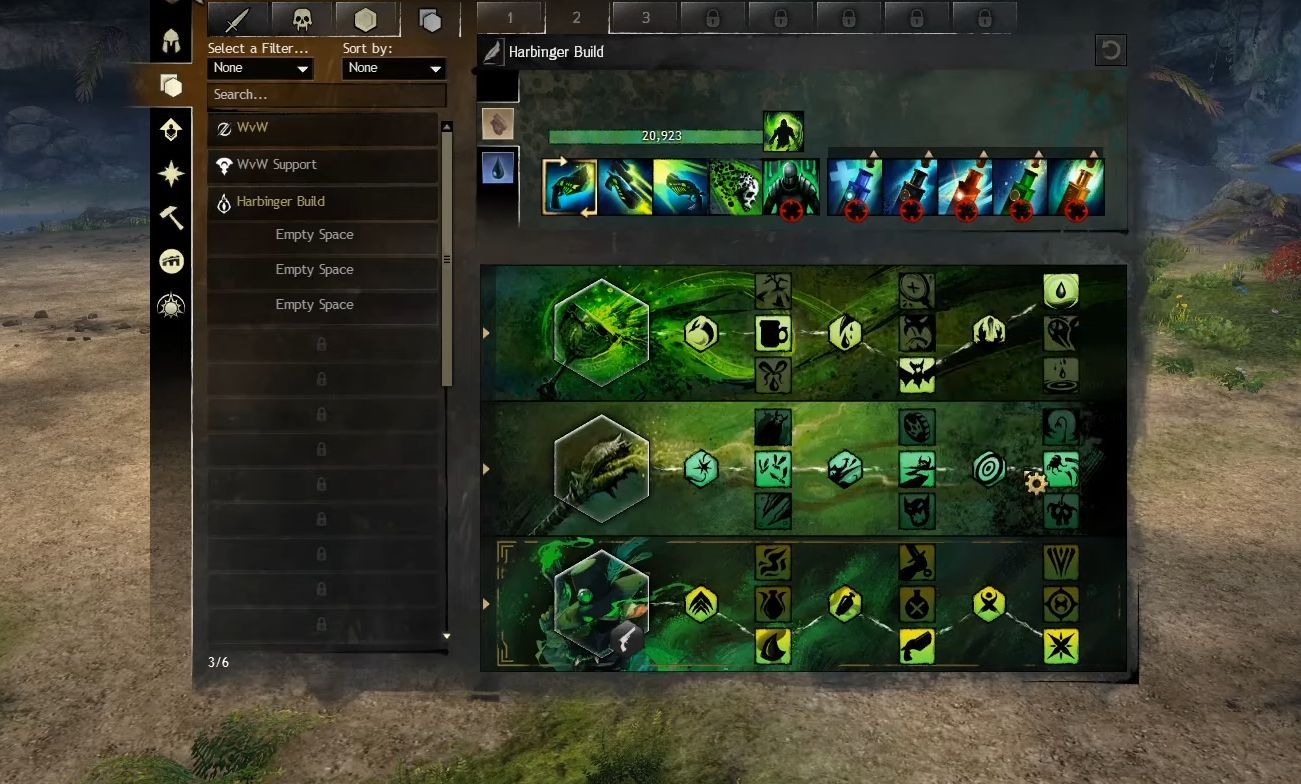 The image above shows you where you should put your trait points, but we're going to examine the picks in detail below to help you understand the build. We'll take a look at Blood Magic, Curses, and the Harbinger trait lines and explain how these picks all add to the build. This build will focus on doing damages through conditions.

Blood Magic gives this build a ton of survivability. The traits picked in this line are, Quickening Thirst, Vampiric Presence, and Blood Barrier. Overall, Blood Magic is all about self-sustain – granting you and your allies attacks the capability to life steal. You also get the Last Rites perk as a bonus, which can stop your allies from bleeding out in big open-world events.

Curses give you some bonus to damage and some additional sustain, the picks for this line include, Plague Sending, Path of Corruption, and Parasitic Contagion. The Curses line bumps up your condition damage by allowing you to convert boons into conditions, it also synergizes with your Shroud and gives you boosts to critical hit chance through the Furious Demise perk (which you'll unlock for simply putting points into Curses).

Finally, Parasitic Contagion gives you some extra sustain (50 percent of condition damage as healing) which will allow you to survive through hard-hitting attacks from elite enemies.

Finally, the Harbinger trait line gives us access to the weaponry and mechanics that tie this build together. You'll want to pick the following traits, Septic Corruption, Dark Gunslinger, and Doom Approaches. These traits all combine to help boost your condition damage.

Septic Corruption adds poison to your second Shroud attack, Dark Gunslinger reduces the cooldown on your pistol skills, allowing for extra uptime on conditions, and finally, Doom Approaches causes you to pulse torment and weaken around you and gives you extra condition damage. These traits all synergize well with your damage-dealing skills, heavily boosting your total DPS output.

The Best Gear For The Harbinger Open World Build 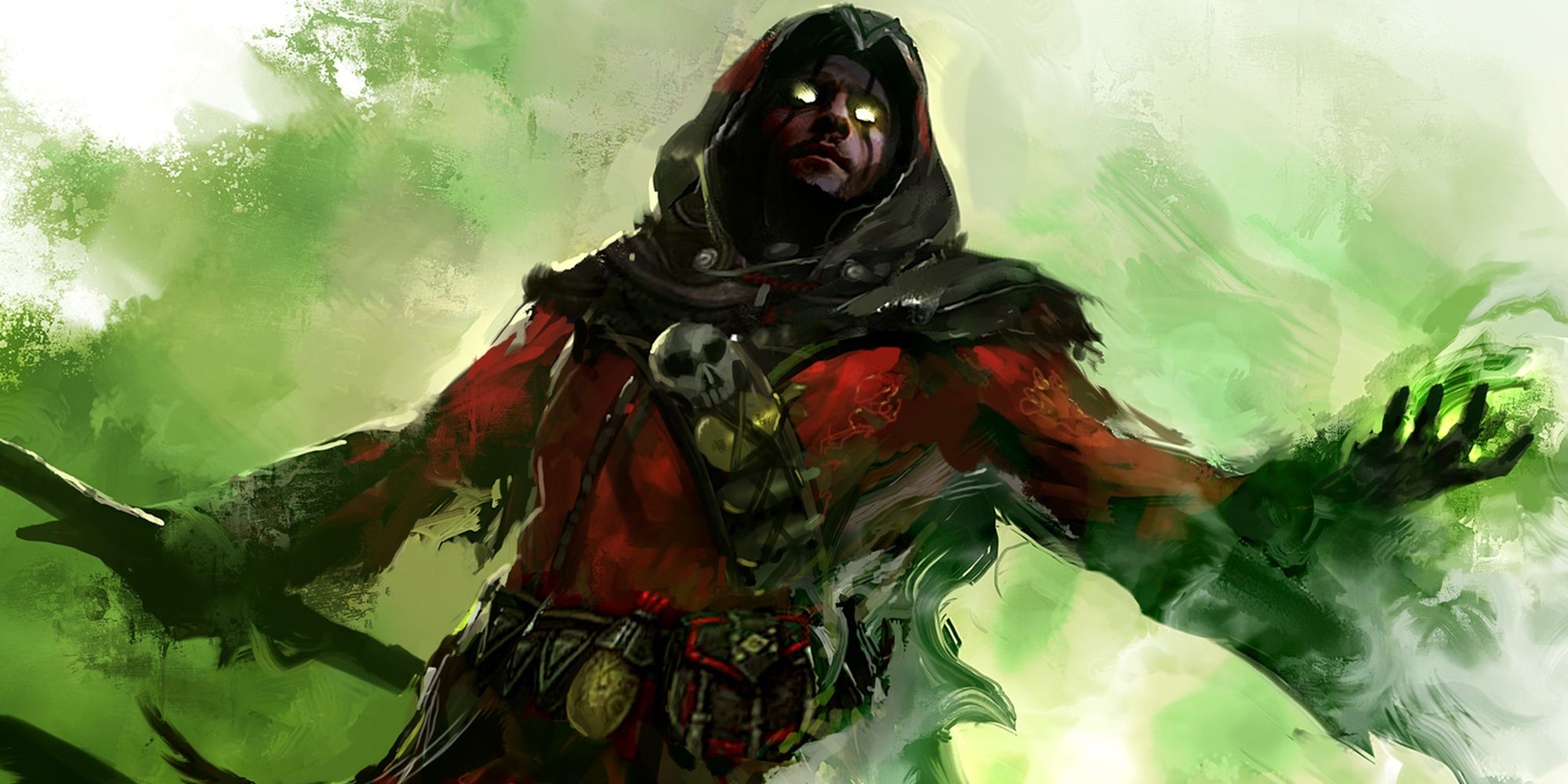 The correct gear selection is vitally important in Guild Wars 2. Stats on gear are determined by the descriptor used at the start – for example, some gear will be called "Berserker's Pants" this means that these pants will have power, precision, and ferocity as a stat combination. This is ideal for power-based builds or dealing damage with direct attacks instead of conditions.

The Harbinger will want to use a full set of Celestial armor – this gives us a boost to all stats, which is great for the Harbinger because they have a bit of everything in their toolkit, but it gives us enough stat power to be both tanky and have respectable damage. You'll be combining the armor with a full set of runes of the undead. These runes give you a boost to condition damage and toughness, further adding to damage and survivability. For the other gear slots, use any combination of Trailblazers and Celestial.

You'll be using a pistol in the main hand and a dagger in the offhand, these two pair well together because the off-hand dagger and pistol share the same range (900 meters) allowing you to operate well at medium ranges, this also gives you the room to kite enemies around the map a little but, avoiding damage. You'll want to use Trailblazers stats on your weapons and pair that with a Sigil of Bloodlust and a Sigil of Generosity, which means you'll both steal health and transfer a condition on critical hits.