Gunfire Reborn is a largely successful RPG with gameplay focused on roguelite elements. It has been highly praised for its unique classes, endless replayability, and a large variety of enemies. Each of the five chapters is broken down into five areas, with the last area being a boss fight.

These boss fights are brutal for the most part, with each having a biome-unique moveset, an extra boss that is unlocked after killing the original a certain amount of times, and a set of strengths and weaknesses. That being said, you may be wondering who among these larger-than-life creatures reigns supreme when it comes to raw difficulty. 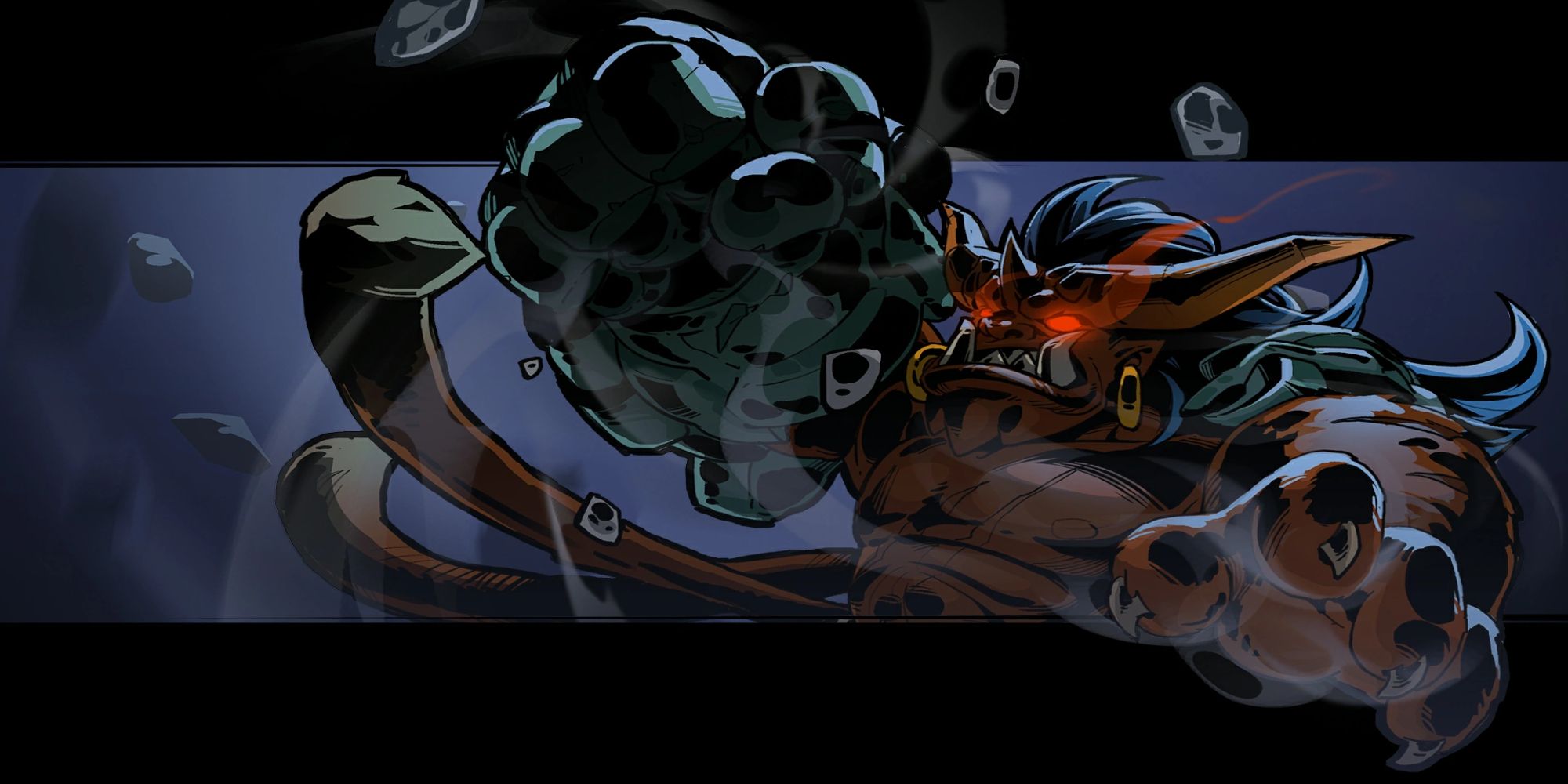 Lu-Wu is the very first boss of the game, and he's laughably easy once you get past him a few times and learn his moves. Upon reaching him, we can see our giant-fisted friend has both shields and standard health once the shield is broken. One thing to note about the game is that countering enemies with the correct element is imperative.

Bring in a shock weapon to deal with those shields and have a backup fire weapon to make short work of his health. Occasionally he'll jump up onto the mountain on the other end of the room and begin regenerating his health, so it's a great time to unleash everything you've got. His low difficulty comes from the fact that he only has five different attacks, all of which are easy to dodge, and he's got elemental counters that are very easily obtainable. 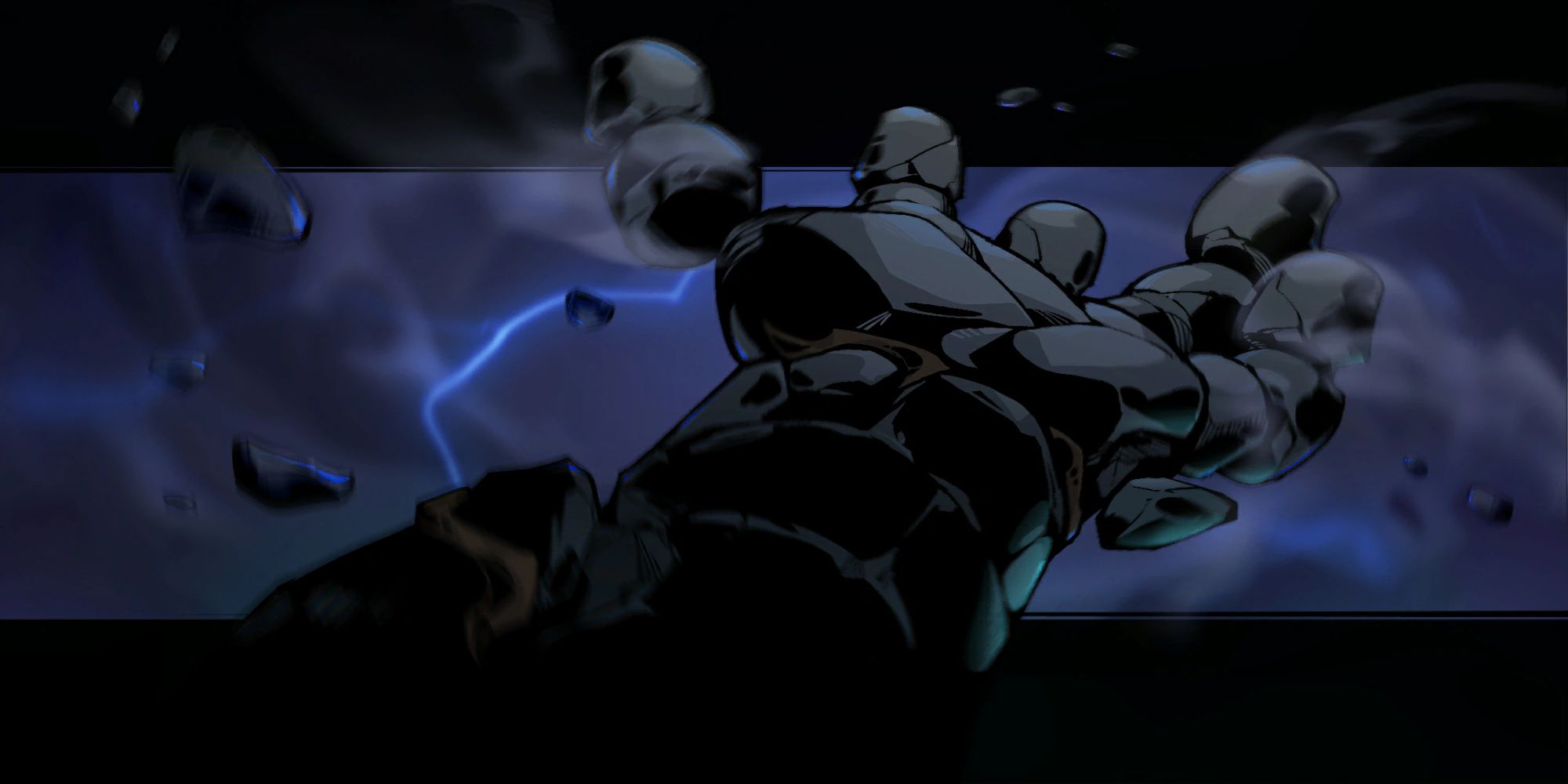 As his name implies, Golem is made entirely of stone, and is one of the alternate bosses you unlock by defeating the original boss five times. In your first encounter, you may notice you're barely dealing any damage to the hulking mass of boulders. That's because the weak point in his chest is the only real way to do any sort of harm. It can be a bit tricky to hit at times because of Golem's large arms flailing about.

What also makes Golem so easy is that he's completely stationary. Explosive and highly accurate weapons will be your friends for this fight since the explosions deal full damage to any part of his body. Golem has a lot of area-based attacks, so make good use of your dodge ability. Extra dodge scrolls definitely wouldn't hurt to have in this fight. 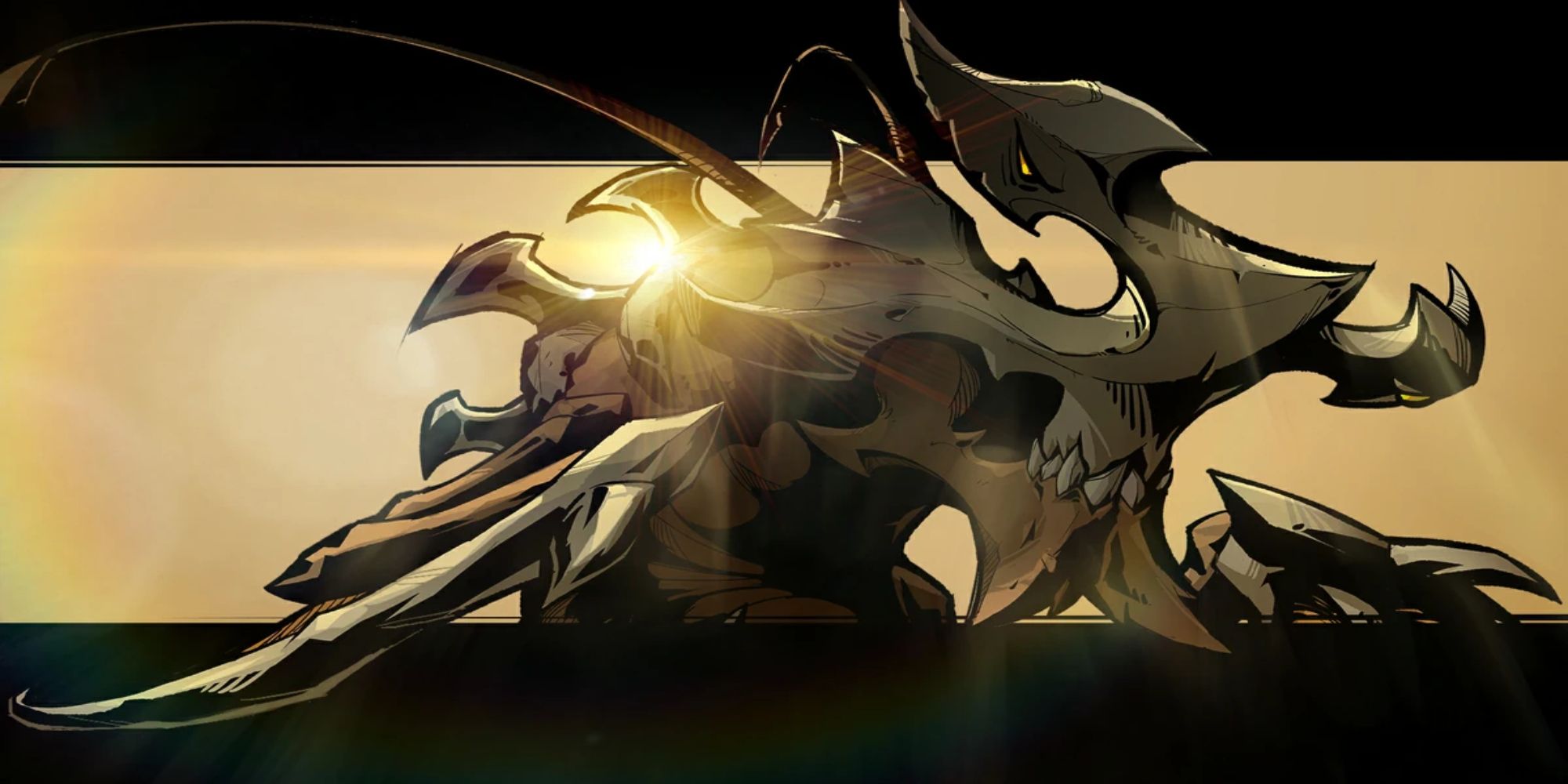 The Ichthyosaurus Offspring is the boss of the Anxi Desert. It's a giant serpent that burrows through the sand, and is the first boss with armor rather than a shield. The Offspring is also the first boss to pose an actual threat, unlike Lu-Wu and Golem. The biggest issue that arises from this boss is its massive damage potential. Its damage reduction also is an issue but can be remedied. Since the head is covered in armor, you'll need to target the weak points in its mouth and tail or use an explosive weapon to deal with respectable damage.

The boss' main damage dealer comes in the form of a laser dealing fire damage, so it's essential not to lose your shields or armor. In the second phase, it can choose to use its tail to attack rather than its head. The tail can shoot corrosive goo and slam the ground, creating massive shockwaves you have to jump over to avoid. It can also shoot the goo into the air, creating large projectiles that must be shot to avoid a large puddle of corrosion spawning. 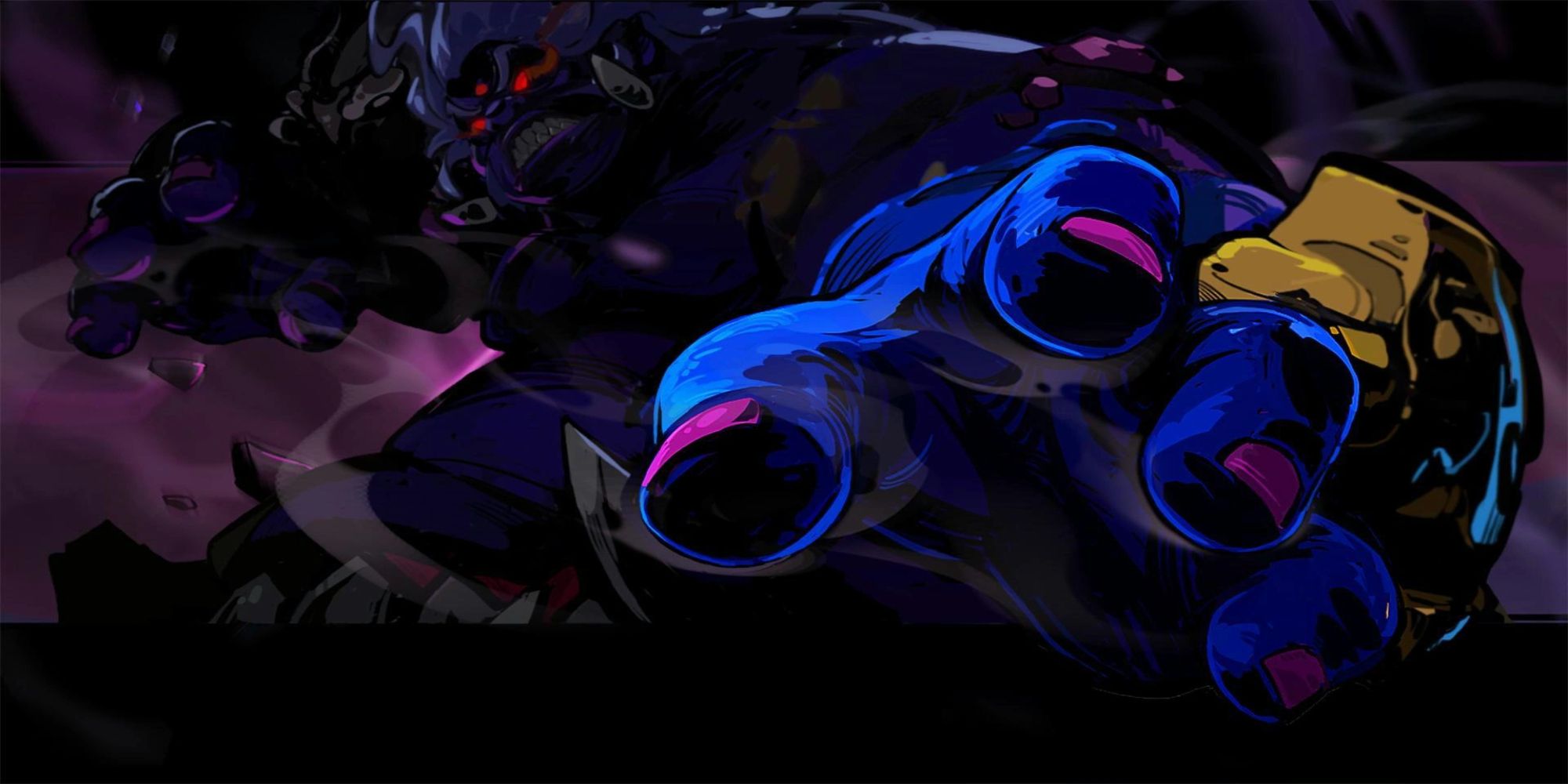 As an optional boss, you won't encounter Gluttony unless you play the Spiritual Assault game mode. This boss is an absolute tank with 12 million health and 240,000 shield points, which dwarfs any boss to this point on the list. Your best bet is to bring two fire weapons that use different ammo types.

The main reason is that by this point in the game you'll be able to deal with the shields with ease. Bringing a shock weapon is redundant, as most of your other weapons will deal ample damage. His attacks can deal heavy damage to the under-prepared, so watch your shields and utilize your dodge. The arena also shrinks in size in phase three, so get ready to maneuver quickly. Focus fire on the weak points and Gluttony will fall. 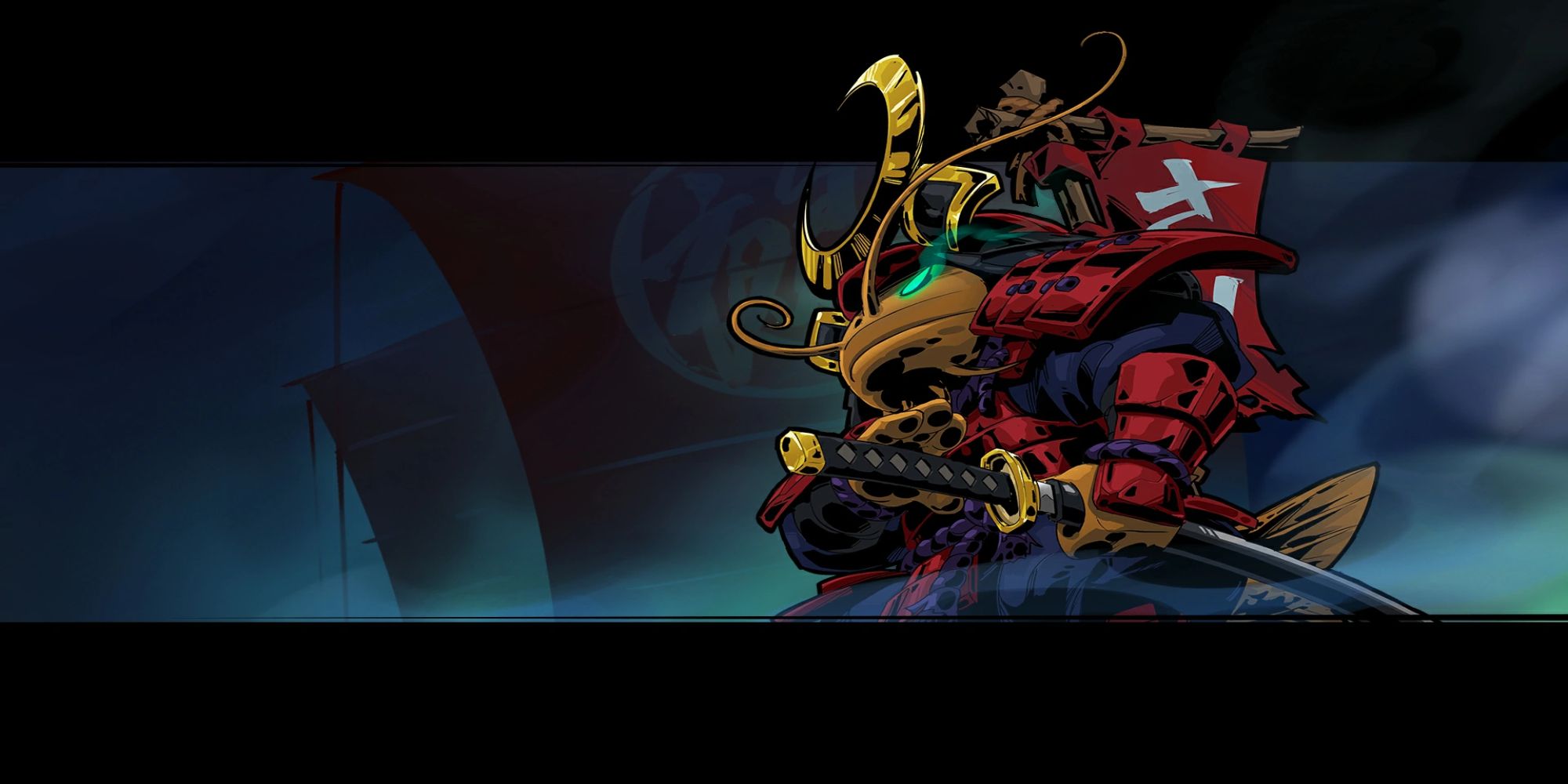 The premise of this fight is to get it over with as fast as you can due to the difficulty increasing the longer the battle continues. To actually deal damage to this water-based boss, you have to attack and destroy each of its cannons to progress. After destroying four cannons, the ship will activate a water shield and launch artillery. To get past this point, locate and eliminate the launcher octopus. This will drop a cannonball that can be launched at the ship to destroy the shield, while dealing with the newly spawned jellyfish.

The process repeats upon taking Yoruhime's health below 50 percent. Phase two begins, and it's the same premise as the first phase. Destroy the water shield, dodge artillery, and eliminate the enemies that spawn while dealing as much damage as possible. Bring in weapons with high crit damage to make short work of the boss. 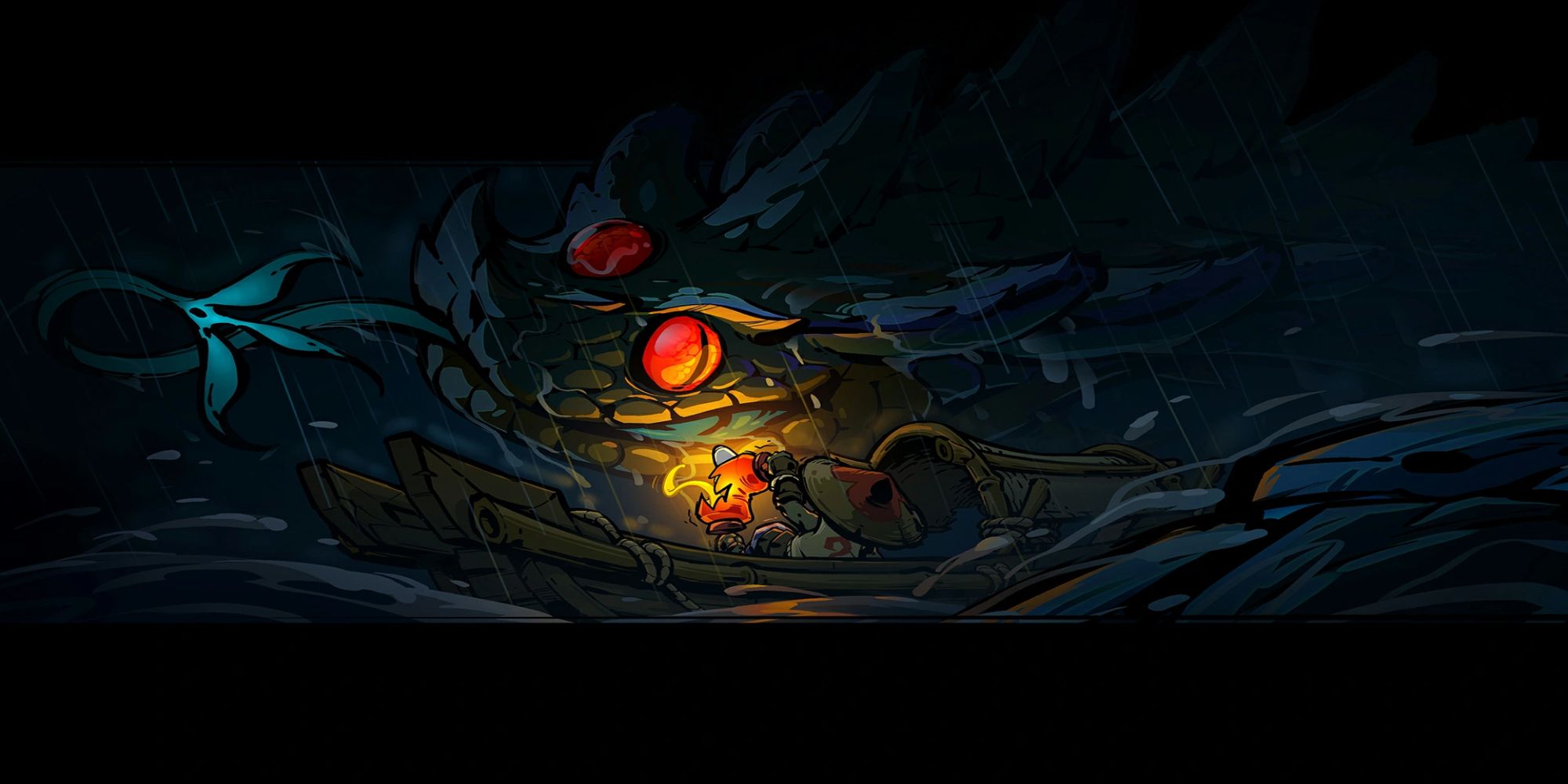 Taking on the form of a Hydra, the Abyssal Serpent is deadly but manageable with the right loadout and characters. Fire will be your best friend in this fight, being that the Serpent has no shield or armor. It does, however, have extreme damage reduction to all of its body outside of the weak points, making the golden scales absolutely necessary to hit.

It should be noted that when a head dips underwater, it is absolved of elemental and status effects, making the fight a bit more of a pain. The heads can also operate independently of one another, so it definitely is a fight where attention to detail pays off. 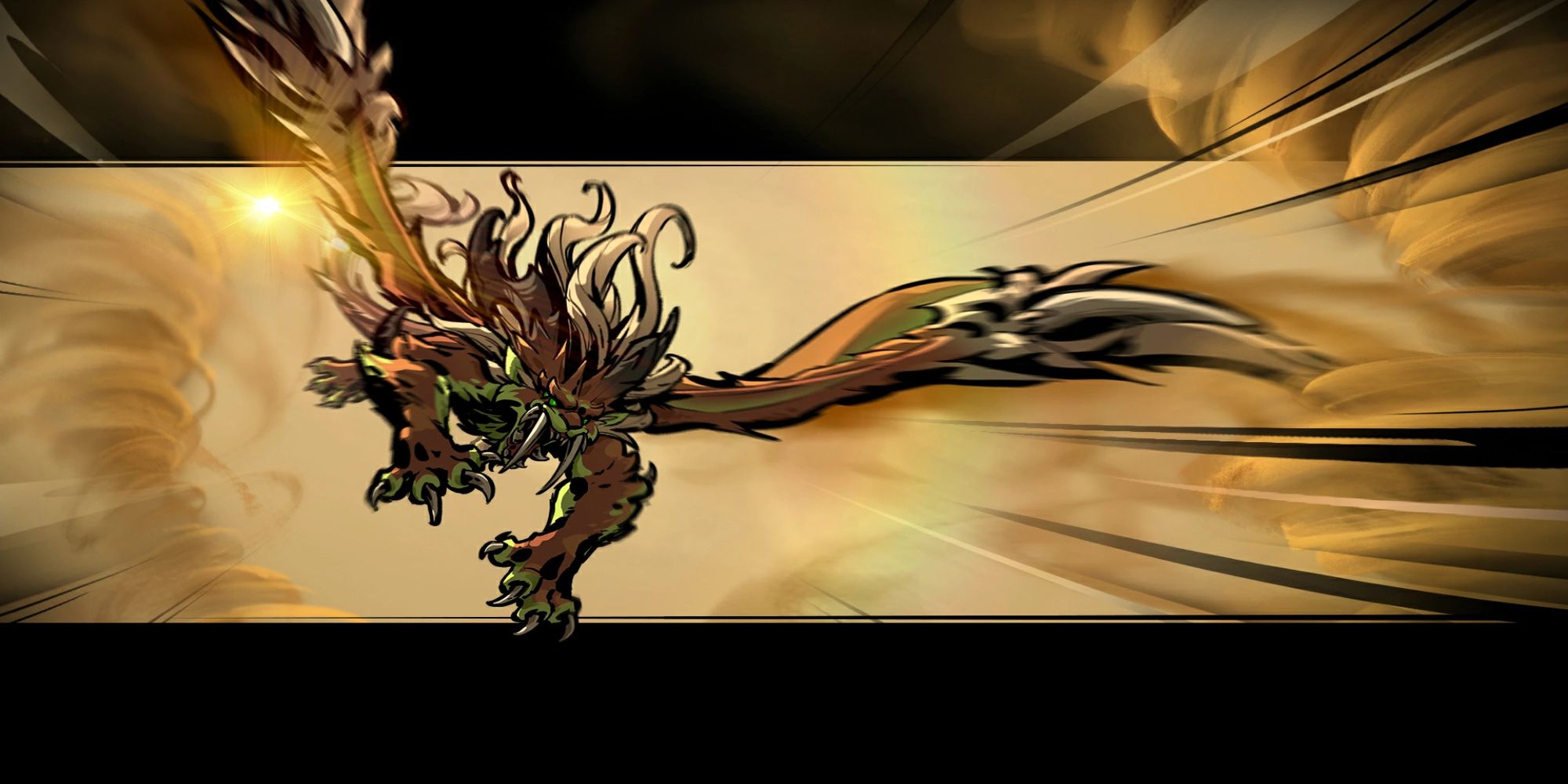 The Wind God can be described as brutal. A phase of invulnerability, large AoE attacks, and a ton of defense make Wind God a truly formidable foe. He also flies, so he's got great mobility, unlike most other bosses in the game. Scrolls that boost your dodge for this fight are an absolute must-have, since the boss has a large tornado-like attack that not only follows you but is very fast as well.

The battle is best fought with weapons that don't rely entirely on precision due to the high mobility of our foe. Fire weapons work well since Wind God has no armor. It's a very difficult fight, but can be made easier with a team to back you up. Optimized scrolls are a must-have in this battle.

As the final boss, it's only fitting the developers went all out. This boss has a unique ability where it charges spiritual energy that can buff it in a variety of ways. The bar is hastened in its filling by heroes taking damage, so it's imperative that you watch your defense. It has an optional phase three that can be avoided if the player can kill him fast enough, but this is unlikely unless you have an extremely optimized build focusing on fire or critical hits.

Thankfully, the weak point is the head so you won't need as much precision as other bosses. It has many dangerous attacks that are extremely difficult to tank so playing it safe and dodging is your best bet.