Please forgive me. I know the anniversary was yesterday, but it was a weekend and even Luz Noceda and Amity Blight can’t raise me from my temporary gamer slumber. But I’m back on the grind, ready to cement my position as the most prolific gay cartoon journalist on the planet. I’m serious, ya girl must be reaching that position by now.

The Owl House is on hiatus, with the third season set to arrive at a currently unknown date in the coming months. I’ve even tried to get the deets out of Cissy Jones and Sarah Nicole-Robles, but not even my charms are capable of breaking non-disclosure agreements. We all know the wait ahead is long, but the lack of new content hasn’t stopped fans from writing fanfics, creating gorgeous art, and engaging with the cast and crew in ways that are truly wholesome to see.

This past weekend saw the anniversary of ‘Knock, Knock, Knockin on Hooty’s Door’ – otherwise known as the episode where Lumity became canon for the first time. Yep, it’s officially been one year since our favourite witchlings got together, blurting out heartfelt confessions in the midst of chaos as Hooty played matchmaker in the best way possible. Given its unassuming title, many expected this episode to be a load of filler before the second season’s more eventful moments, but we didn’t even know the half of it. 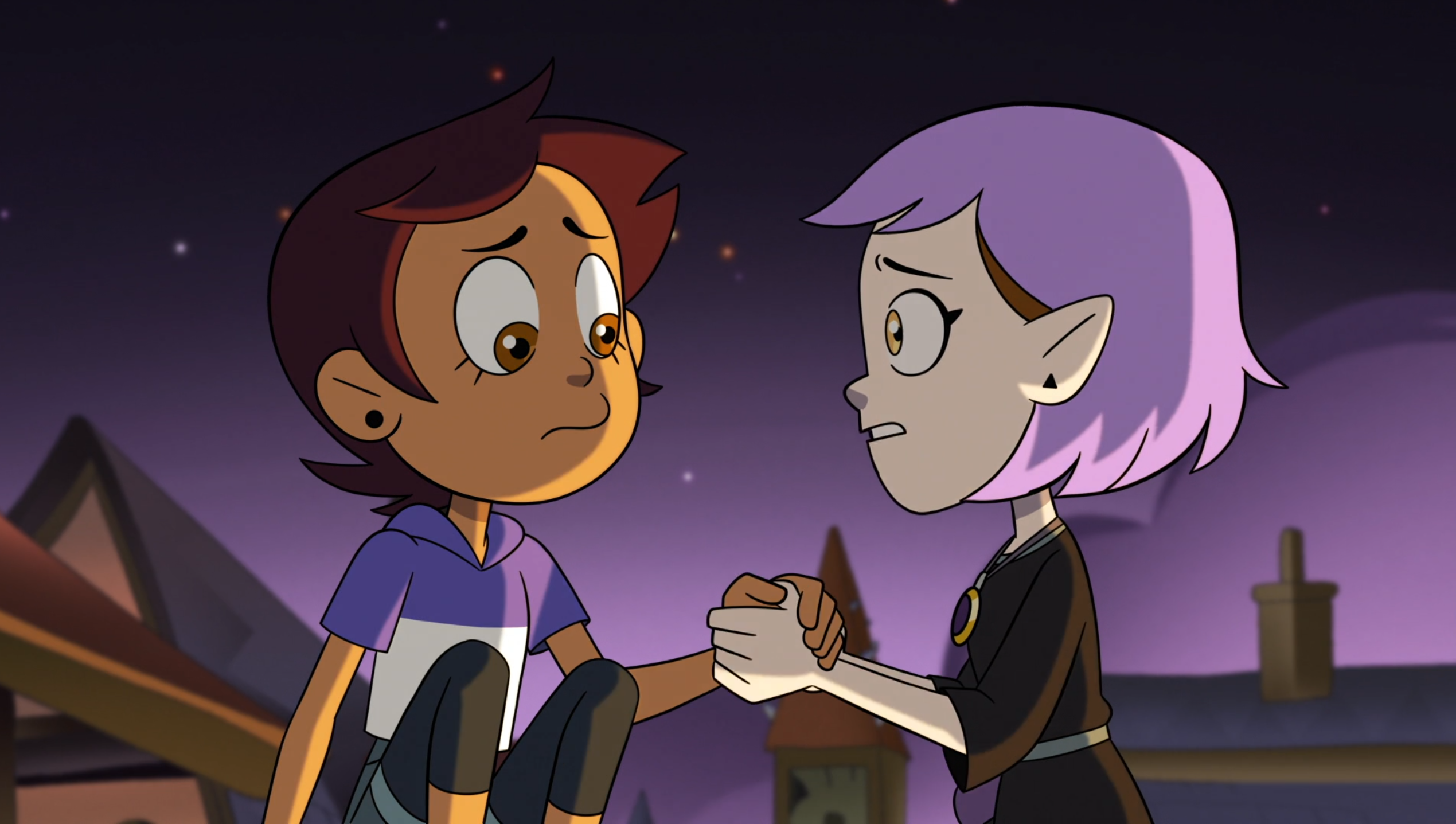 Putting the Lumity confession aside for a second, this episode was special for a bunch of reasons. It provided ample development for Eda Clawthorne, allowing her to take ownership of past trauma as she began to bring the curse that once doomed her under control. King started to unearth small parts of his heritage, setting the foundations for his identity as the last living Titan in existence and how that eventuality will have a huge impact on the coming season. Luz and Amity’s journey through a very literal tunnel of love came last, a natural conclusion to an episode filled with bombshell happenings none of us expected.

I started watching The Owl House when it first premiered, joining a growing fandom who quickly fell in love with The Boiling Isles and those who called it home. It was fruity from the very beginning, but all of us were constantly secured by the doubt that Disney would never cement such explicit LGBTQ+ representation, even more so in a cartoon intended for a younger audience. While shows like Steven Universe and She-Ra had moved the envelope on other platforms, the House of Mouse felt different, but somehow Dana Terrace and company were able to overcome those previous constraints to create something special. 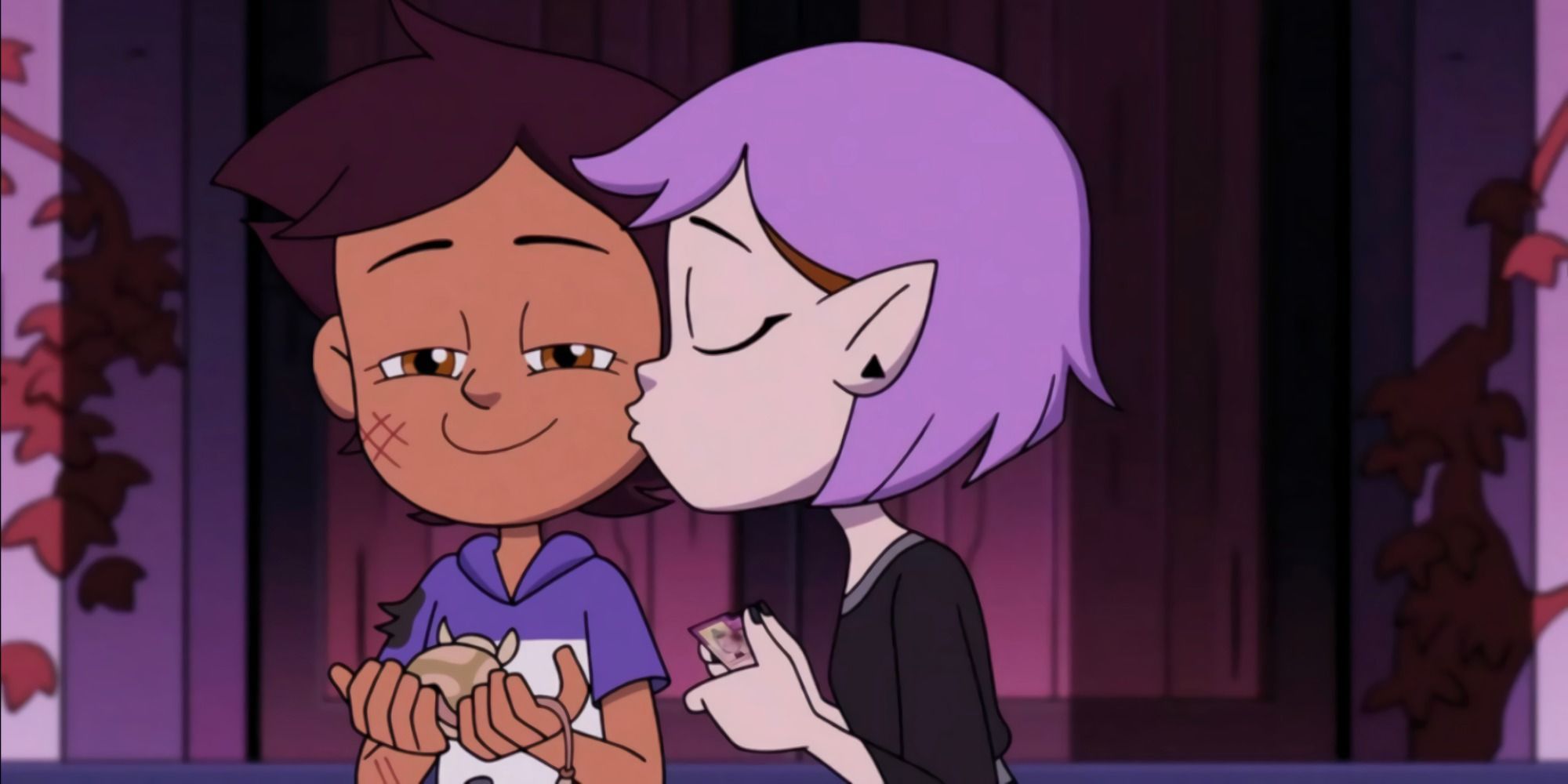 Queer seeds were planted throughout the first season, with Luz’s attendance at Hexside making it ever so clear that Amity was catching feelings. This once strict and studious girl was falling in love with a human tomboy with a passion to learn magic and always do the right thing. Luz awakened change in Amity, allowing her to become a better person and stand up to personal vices that once held her back from greatness.

‘Enchanting Grom Fright’ came along, and all bets were off. Amity was in love, and now we simply had to wait for the house of cards to fall and for Luz to reciprocate. It doesn’t take long, with season two’s earlier episodes seeing her blush adorably when Amity defends her from danger, while doing her best to win over the ‘cotton candy haired goddess’ while failing to realise both of them are head over heels for one another already. It’s cute, relatable, and so honest in the queer puppy love it hopes to portray that you couldn’t possibly view it any other way. While some international territories twisted their eventual confession into a wish to go travelling together instead of becoming girlfriends, the LGBTQ+ representation and the heart of this show remained untouched, proving why so many have fallen in love with it. 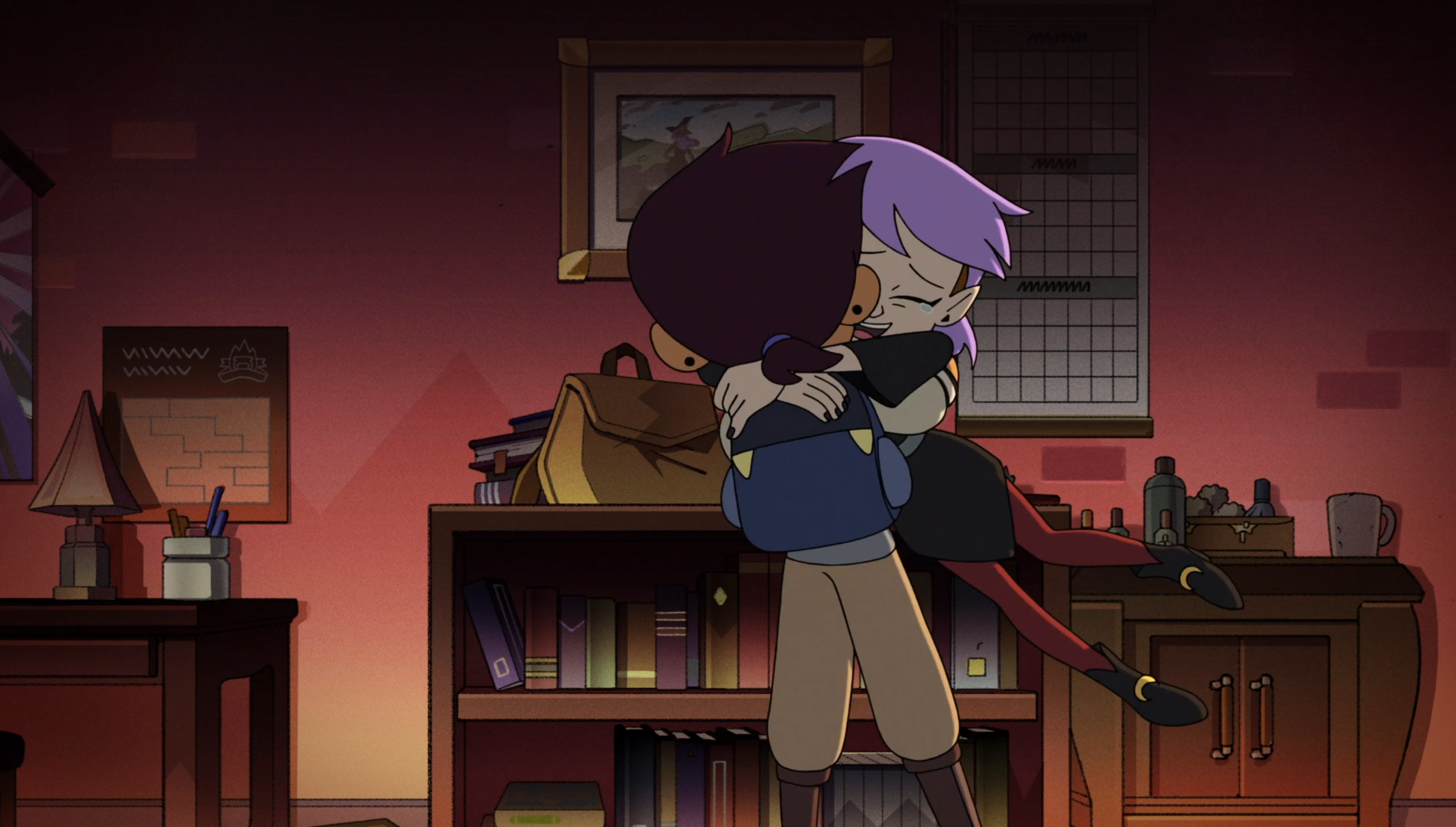 The Owl House was a big reason I started covering animation here at TheGamer, providing a springboard for me to critique shows I’ve always been infatuated with while building a reputation in an industry that once felt unknown. Making friends, becoming a better writer, and finding new passions has all been made possible by this gay little show about magical witches and good ol’ fashioned trauma. I’m even writing a book lightly inspired by the show (shameless plug) with help from those I’ve met in this wild industry. But enough about me.

Lumity has become such a source of admiration because it feels so real. Despite taking place in a magical world, this might be the most grounded queer relationship the medium has ever tackled before. Once the confession is cemented, the two address one another as girlfriends constantly, clearly proud in their newfound love and wanting to show their friends and loved ones how big a step they’ve taken in dating for the very first time. 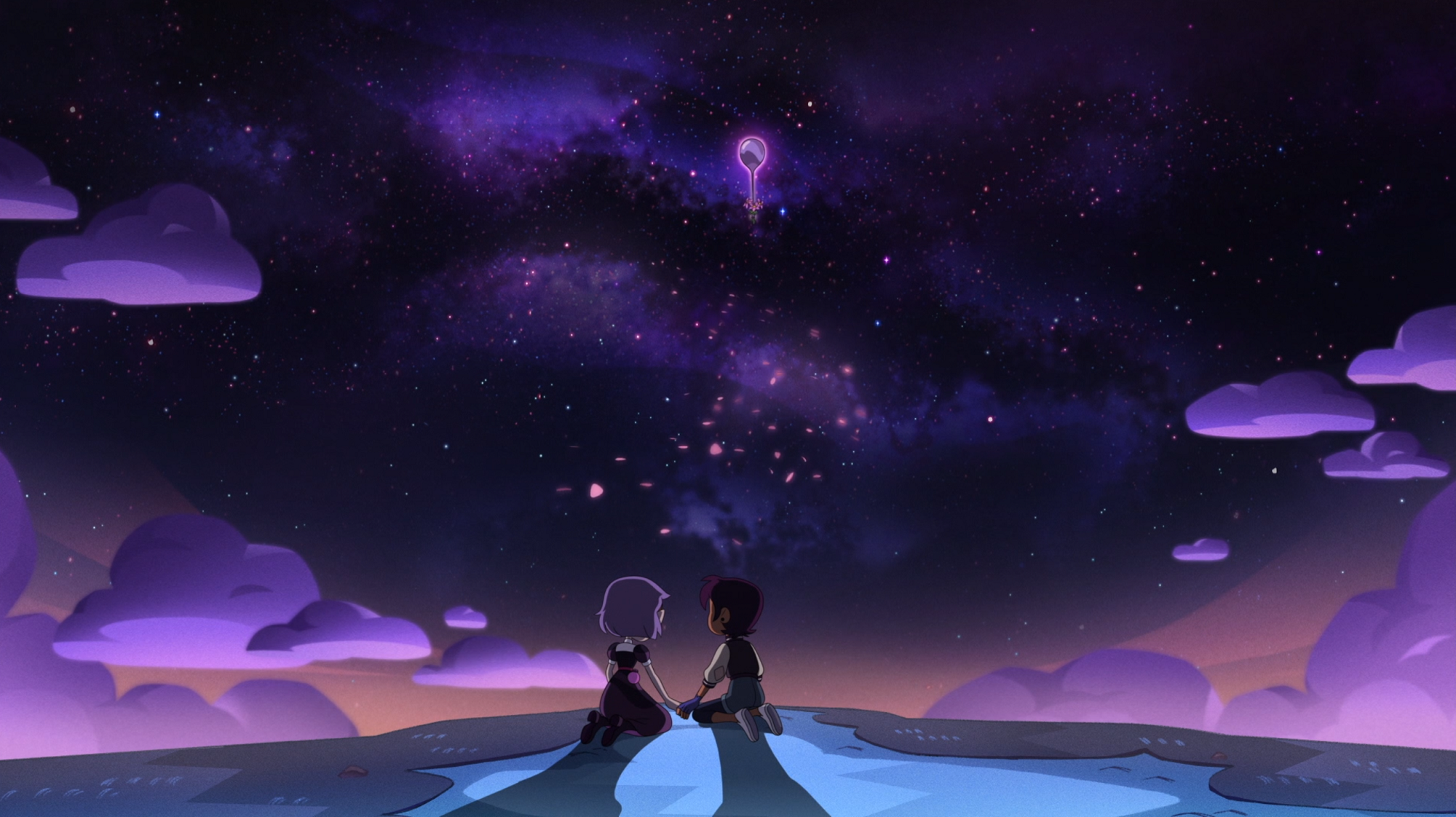 Homophobia doesn’t exist in the show’s world, so even villains don’t look down on them out of bigotry, purely because they’re evil and want to stop the good guys. Struggles are shown realistically too, with problems arising when the two refuse to communicate and solve problems that are better tackled as a unit. Young love has problems, and Lumity is never once afraid to make that clear alongside all the good times.

The third will hopefully see the ensemble of characters vibe in the human world for a bit, with Amity meeting Luz’s mother for the first time, so she can see how much positive change has been instilled by this relationship in spite of her daughter being so far away from home. Lumity has come so far, and I can’t wait to see them go even further as the third and final season comes around. Happy anniversary, and thanks for giving me eternal brain rot.