Heartstopper is an achingly genuine queer story. It’s one of love, confusion, acceptance, anxiety, euphoria, and finding beauty in your own identity all while dealing with the usual woes that come with being a hormonal teenager. Alice Oseman’s graphic novel series is a distinctly British take on an environment that historically has been happy to stigmatize LGBTQ+ identities: school.

Being normal is overrated, and to see a show express the brilliance of queerness despite adversity is so powerful, and something this first season explores so well. In almost all respects this adaptation shines, managing to translate exact moments from the webcomic with a gentle curation that ensures little is lost in translation. At times it can feel overly saccharine or wrought with cliche, but as a romance designed to show children, teenagers and adults alike the validity of same-sex relationships, it hits the mark and never waivers.

Charlie Spring (Joe Locke) is the only out kid in all of Truham Grammar School. He’s grown accustomed to homophobia, accepting it as part of his identity while partaking in a secretive affair with a local bully who is clearly just using him to explore his own sexuality. He agrees, exchanging corrupt kisses in the library after school and convinced this manipulative loser is his boyfriend. But soon it begins to fall apart, unveiling Charlie’s true feelings and how he wants something more, to be recognised as a person instead of an obedient pair of lips. 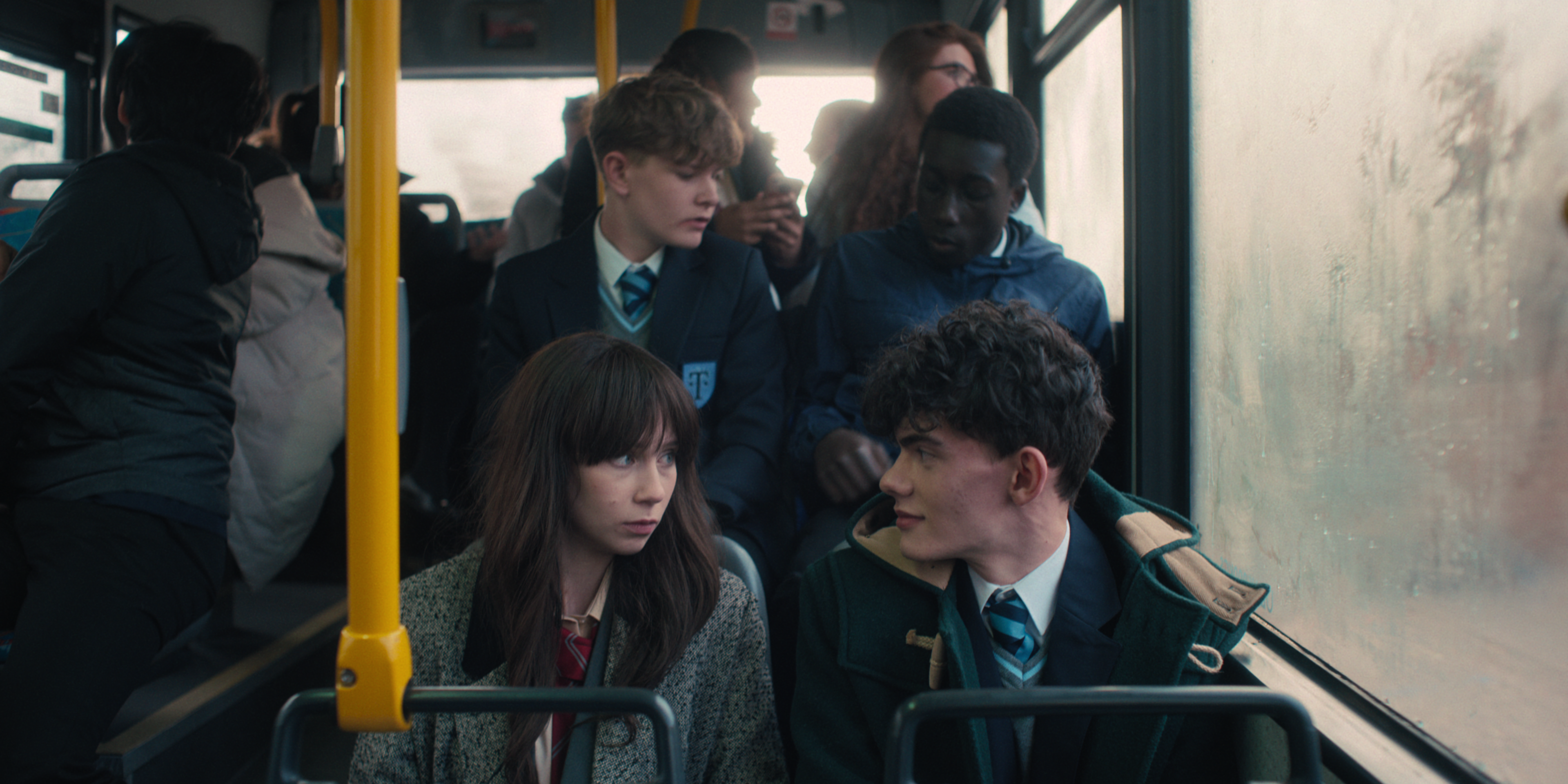 Then along comes Nick Nelson (Kit Connor), a tough rugby lad who is asked to sit next to Charlie in morning registration at random. An unlikely friendship blossoms, one spurred forth by exploding pens, a mutual love of dogs, and a handful of adorable coincidences that see newfound friends recognise that what sits beneath is a budding romance. Charlie’s friends are quick to label Nick as a painfully straight dude with no interest in other boys, and that even daring to develop a crush on him will only see our protagonist surrender himself to sadness.

This situation is all too real for young gay teenagers in school, and Heartstopper is never afraid to delve into the complications that arise with accepting yourself in spite of ridicule. The first season chronicles the first two volumes of the graphic novel, following Nick as he accepts his sexuality and comes to terms with coming out amidst a heteronormative enviroment that is actively working against him. Charlie’s future struggle with anorexia is also foreshadowed alongside an expansion of characters like Elle Argent, Darcy Jones, and Tao Xu who all receive comprehensive arcs of their own that just weren’t possible before.

Netflix has produced a faithful adaptation to an extreme extent. The composition of entire scenes feel pulled directly from the page, with lines of dialogue repeated verbatim. Most of the time this works perfectly, but some wonky performances and lack of development can make certain moments feel rushed, and perhaps expanding upon the source material to better fit a new medium might have worked better. Heartstopper takes place over the course of several months, but the show doesn’t do a great job of showcasing the passage of time and everything our characters have been through. Those who haven’t read the books will still love everything on offer here, but purists will recognise cutesy little references and smaller details that showcase exactly how much passion has gone into bringing the books to life. Elle Argent and Darcy Jones especially shine thanks to entire segments of certain episodes dedicated to exploring the challenges of transitioning before attending a new school, or coming out as a lesbian and facing the vitriolic comments and needless judgment that come with being out and proud. Young people are infamously brutal, many of them yet to develop empathy that will carry them into adulthood and help them see that LGBTQ+ individuals are a fact of life. Those brave enough to embrace their identities in school of all places should be applauded, but instead their bravery is often turned into a weapon to stab them in the back. I’ve been there, and chances are those of you reading this have too, and to have the show never sugarcoat things is so welcome. Thankfully, it never once distracts from the sweetness.

If you aren’t a fan of soppy romance I’m sorry to say that Heartstopper isn’t for you. Falling in love as a teenager can feel like the greatest thing in the world, that for the first time you’ve found true happiness in a person that understands anything and everything about you. Queer relationships only further this euphoria, because you’ve broken down barriers to realise who you are regardless of the prejudices working against you. Scenes like Nick and Charlie frolicking in the snow before falling into a heap of boyish laughter are so well done, subtle facial expressions and hushed breaths surfacing as they catch feelings for one another. Nick rushing through the rain to meet Charlie after their first kiss, or their seaside holiday beside a gentle incoming tide all feel like they’ve been pulled straight from a storybook, but without ever losing the edge of existing firmly within our own reality. Finding magic in our own lives is hard, but Heartstopper makes it feel possible. 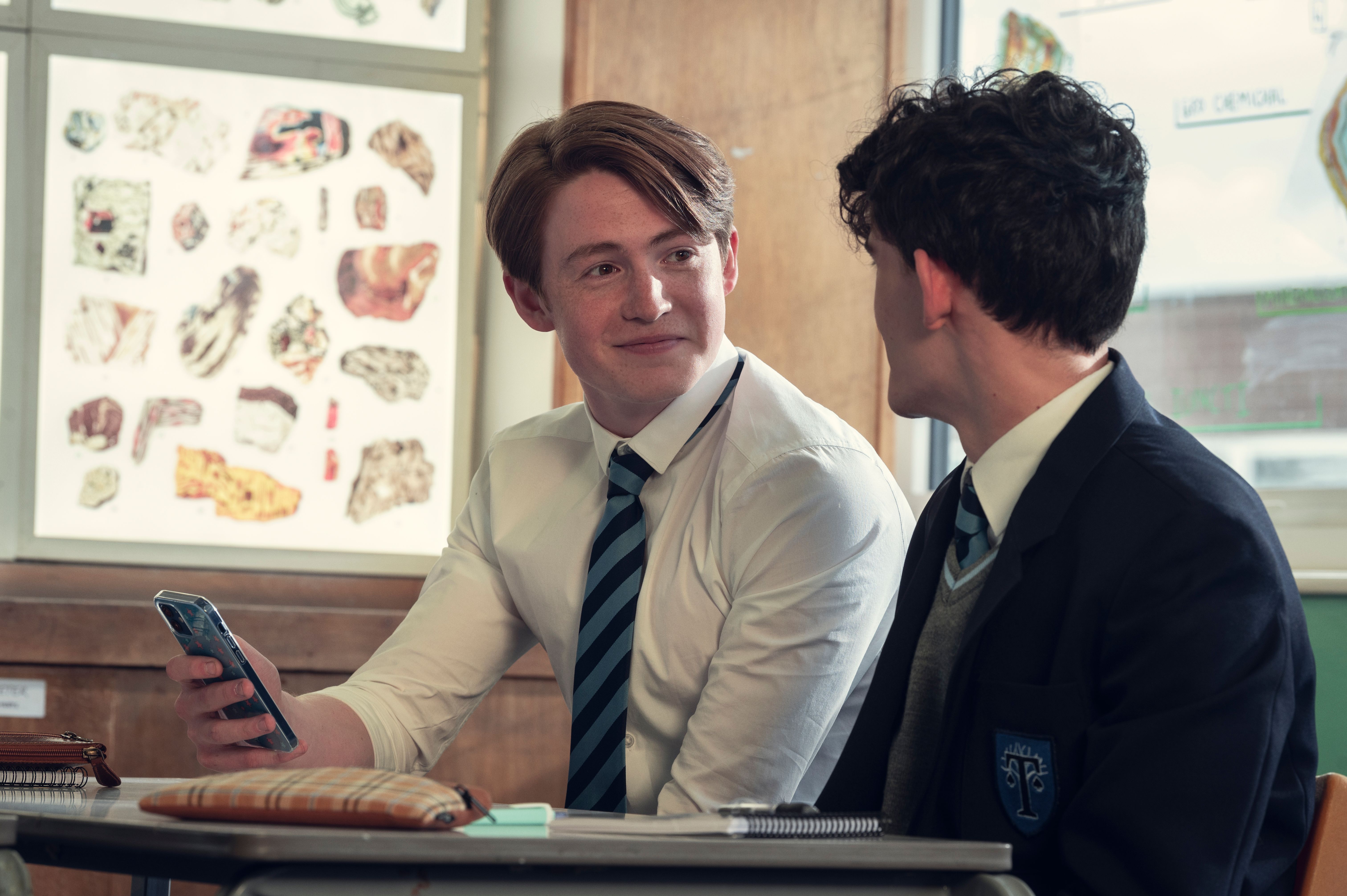 Helmed by director Euros Lyn (previously of Doctor Who, Daredevil, Casualty, and several other British dramas), Heartstopper has a homely intimacy to its production that helps it feel equal parts grounded and surreal. Moments of romance are often accompanied by illustrated elements like fluttering leaves or bubbling love hearts emanating from certain characters, while major events like kisses or confessions are emphasised by a swell of psychedelic visuals and a pitch-perfect soundtrack that wraps around you like a warm blanket. It’s so wild how well they’ve managed to translate the original story.

Kit Connor’s turn as Nick Nelson steals the entire show. He’s understanding yet conflicted, effortlessly inhabiting the soul of a character desperate to find himself in the midst of catching feelings for the cutest boy in school. His friend group is the typical cabal of bullies we all knew back then. They sit by the gates shouting slurs at whoever looks at them funny or appears to be different. Nick’s silence almost makes him complicit, but by slowly accepting his bisexuality he’s able to fight back against his own internal bigotry, walking away from those he once saw as close friends and accepting the love of people who seek to understand who he really is. Scenes of him tearfully researching what it means to be queer online before falling into the arms of Charlie, Elle, and Darcy are executed with such emotional grace, like the creators behind this show really understand what it means to grow up queer in a world still doesn’t quite accept us for everything we are. Coming out shouldn’t be a thing to be feared, but Heartstopper never once tries to deny that it is. 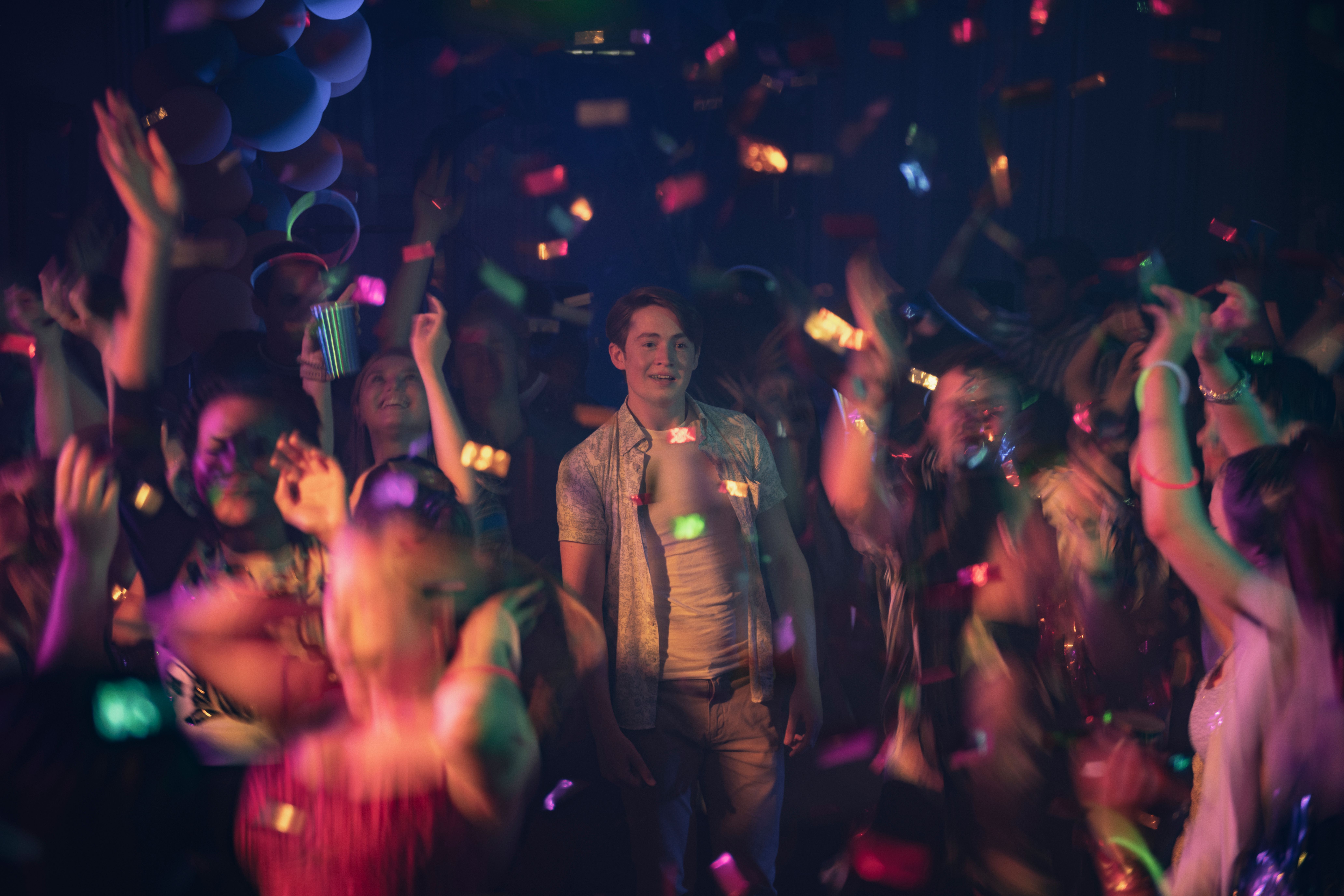 The show concludes with a fantastic scene between Nick and his mother that is so real it hurts. I remember coming out as bisexual to my Mum in a mess of tears, before she gave me a big smile, an even bigger hug and told me it doesn’t matter who I love so long as I’m happy. It meant the world, and Heartstopper allowed me to relive the moment that let me know that everything would be okay. I think that’s why I love Alice Oseman’s story so much. Unless you’re some sort of heartless alien witch from another dimension it’s impossible not see yourself in the trials and tribulations of her ensemble cast. Whether you’re straight, gay, bisexual, trans, or anything on the queer spectrum there are messages here to be taken away and treasured.

Netflix has been the platform for so many LGBTQ+ stories in recent years, many of which mean the world to me, but Heartstopper is the first that has felt so real and true to the life I’ve lived. I went to a school like this, I had friends like this, and I even came out like this. Charlie Spring and Nick Nelson’s honeymoon romance is set to develop into a bond that will endure over the years, and now we’ve witnessed the beginnings of such an adaptation I cannot wait to see more. Even if you aren’t a giant fruit like me, this is well worth watching.

A screener was provided by Netflix for the purpose of this review.