High on Life is a game where the player is thrown into a world of chaos as a bounty hunter. As the final ray of hope, you are to eliminate several bosses belonging to a drug cartel whose single aim is to use living humans for their gain, which is to make them into drugs.

There are quite a few bosses in the Drug Cartel, and your job is to take out all of them. Some of them can be missed if you’re only focused on the main storyline and are not willing to make unconventional walkthroughs. 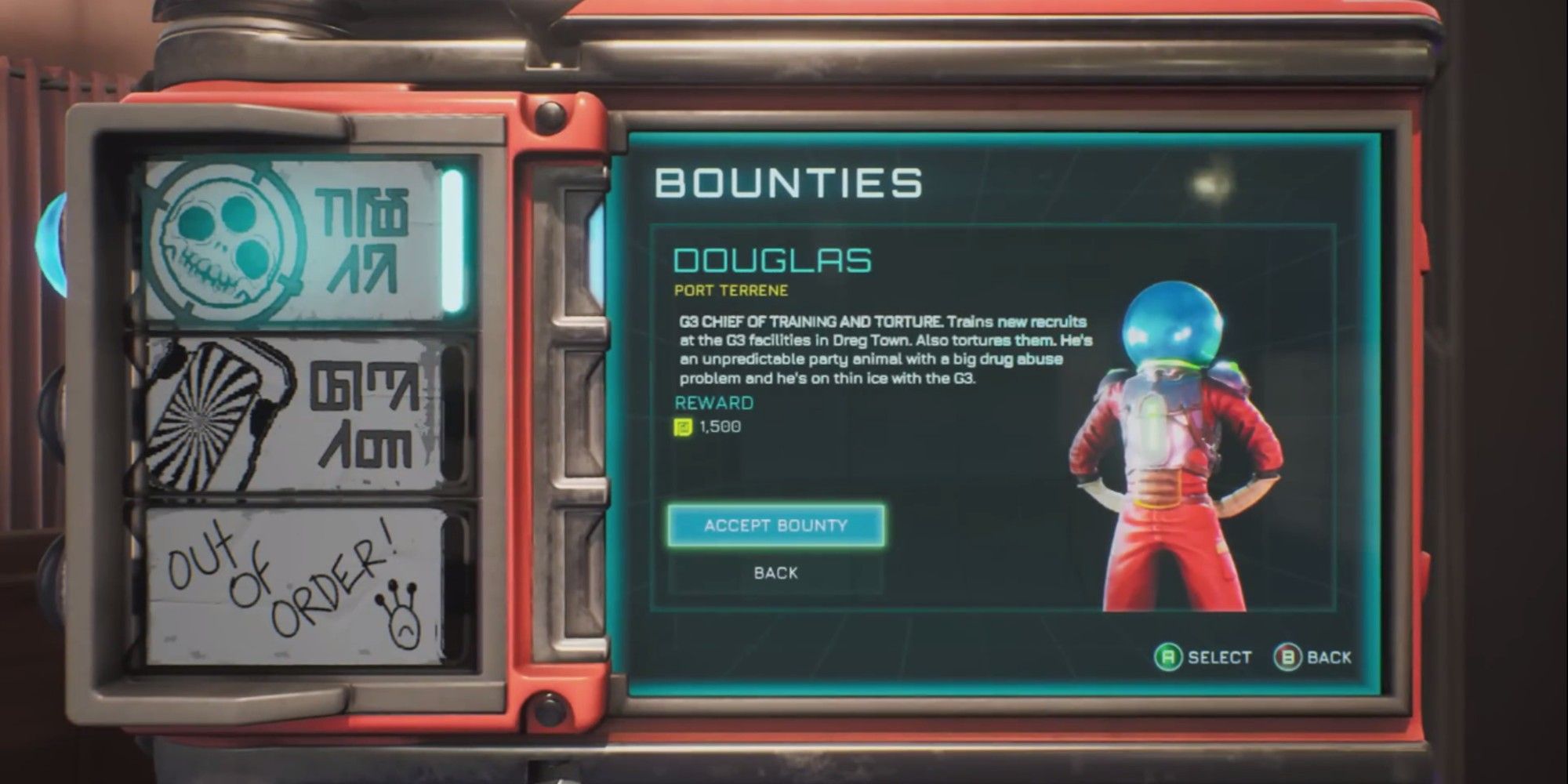 One of the six bosses in the game is Dr. Douglas, and there are two ways you can take him on. You can either follow the normal method to fight the boss or use a secret method where you kill Douglas at the start and fight his suit afterward. This guide will lead you to the secret boss fight with Douglas' Suit. 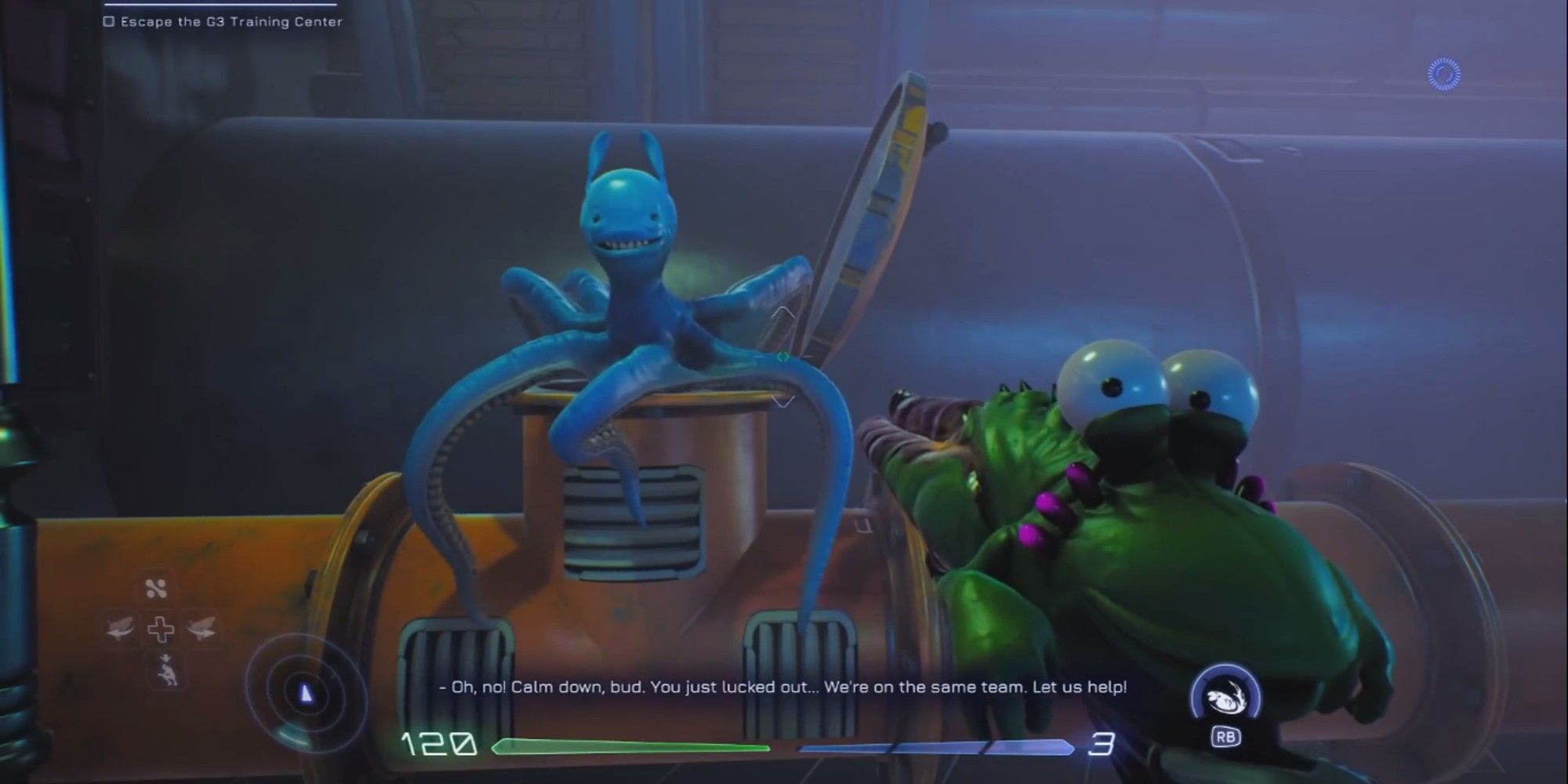 Head into Dreg Town after accepting Dr. Douglas’s bounty. Once you’re through the portal and reach the objective "Escape the G3 Training Center", you will come across an octopus, Dr. Joopy.

Make sure you have Gus in your hand before you make contact with Dr. Joopy.

He will tell you Dr. Douglas has taken his wife and kids, and Gus will comfort him that he will get them back for him. He also asks for your help in escaping through the pipes. Follow him, and he will give you a puzzle to solve that will open the path. Have Gus out at all times, as he converses with Dr. Joopy often. 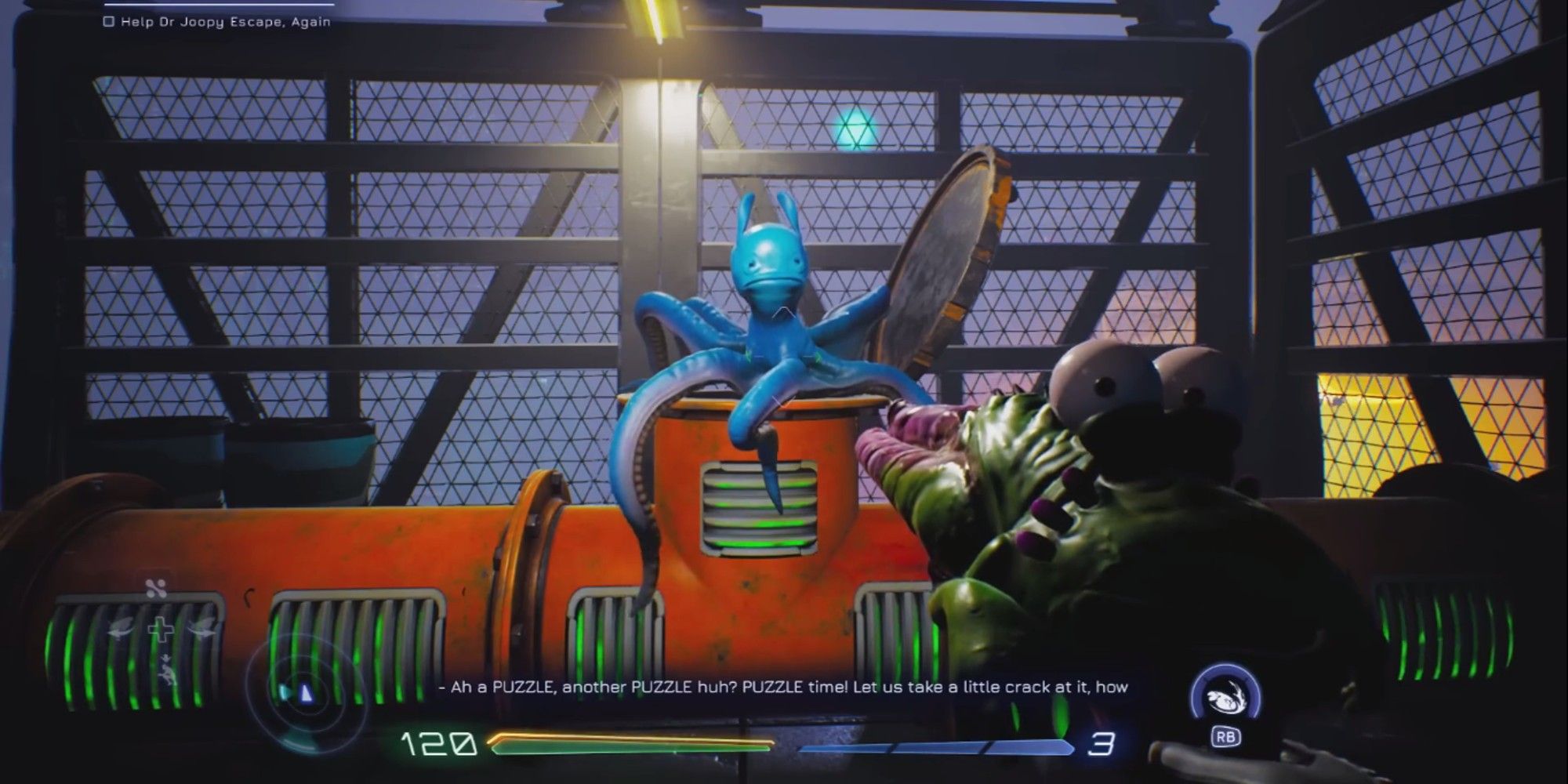 Make your way through Maintenance Section 8 where Dr. Joopy will pop out of a pipe again and ask you to clear the path by solving a puzzle. This time again, use Gus to solve the puzzle, and you will be able to witness more of their interaction.

The Mystery Behind Dr. Joopy 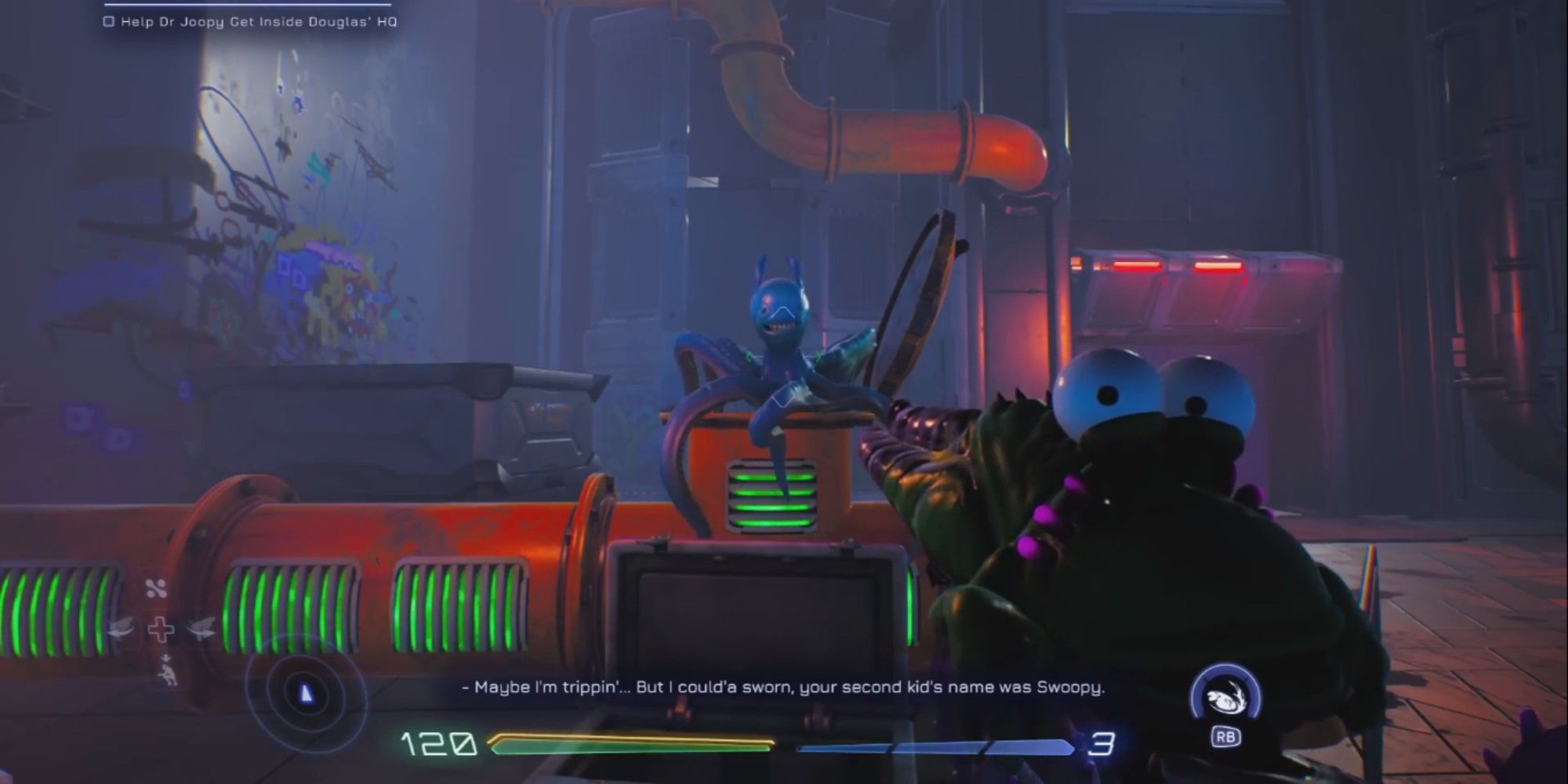 At one point during their interactions, Gus begins suspecting Dr. Joopy as he forgets the names of his kids several times. Now here is the catch. After some time, when Gus’s suspicions are at their peak, he tells you to shoot him. Other guns will tell you not to, but if you want to fight the secret boss, Dr. Douglas’ suit, you will have to shoot the octopus.

Once you shoot him, he reveals himself to be Dr. Douglas, and then he rushes to his suit in his chamber. 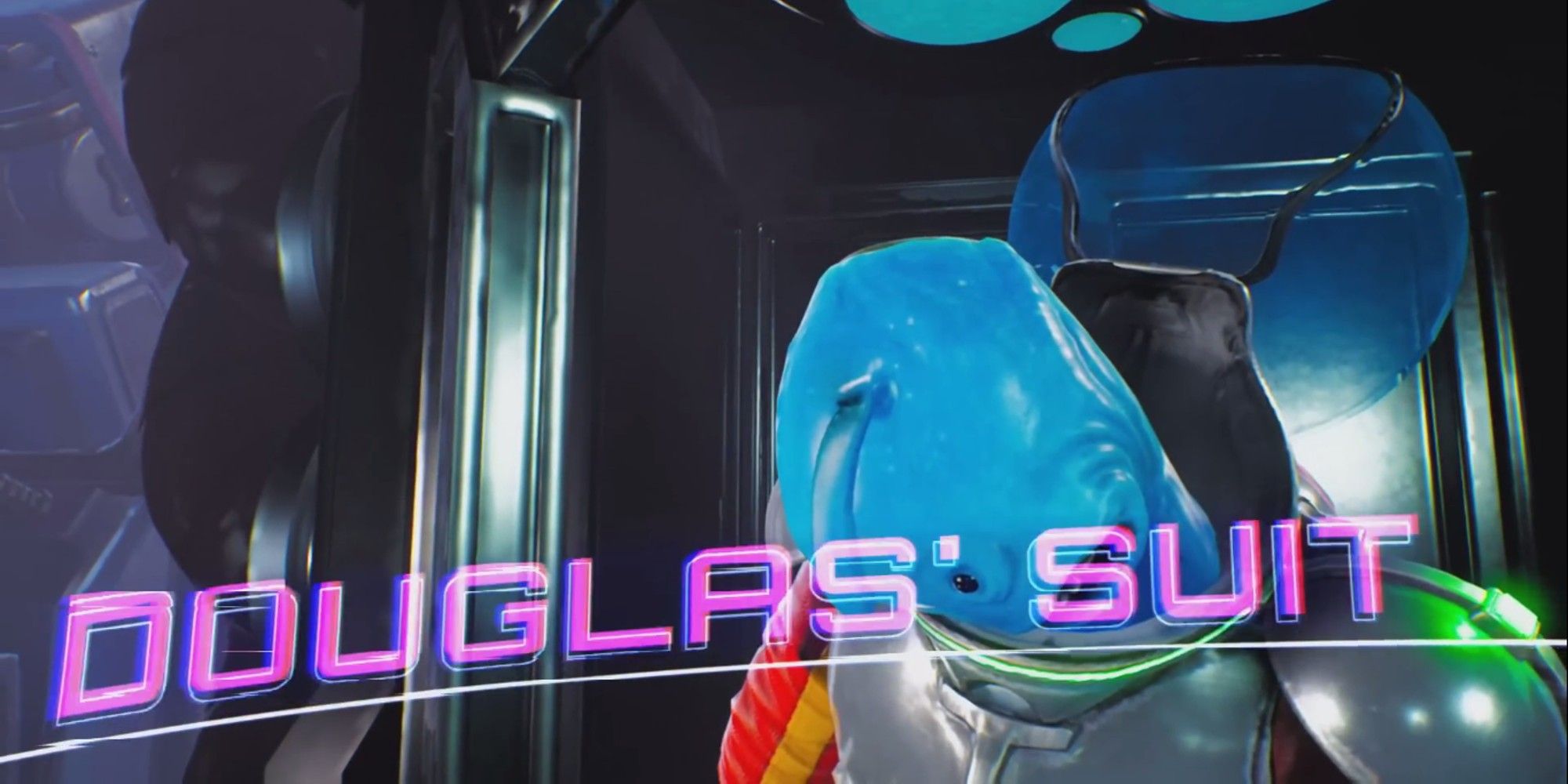 Solve the rest of the puzzle and follow him to his chamber. He dies right after getting into the suit. Upon the event of his death, the suit enters chaos mode and begins charging at you. But if you choose not to shoot when Gus tells you to, Dr. Douglas will simply escape to his chamber and enter his suit.

The boss fight will begin and Douglas' Suit will start functioning on its own and attack you. It will keep teleporting from one pillar to the other and the ground of the room will light up with electricity after some seconds. Stay clear from the electric shocks by standing on the normal tiles or by using Dodge Module to get airborne. Follow the same strategy for the whole boss fight and keep shooting at the suit until its health is fully depleted.

The actual fight is pretty much the same except that there will be no G3 Grunts that will spawn during the boss fight and the addition of new dialogue between him and Gus.