Last night I gave a foot massage to a disembodied ghost girl. As the evening progressed I somehow got a shard of glass caught in me while we… adult wrestled. That disembodied ghost girl is Spirit, the terrifying zombie you fight in Dead by Daylight who has a permanent case of bed head, empty eyes, and contorted limbs. Some people are into that, I guess. I wasn’t, until this Dead by Daylight dating sim (Dead by Dating Sim?). And what’s worse, this is the second time this year I’ve fallen for a corpse. Damn you, Tim Burton, damn you, Psyop.

Dating simulators are known for eventually getting freaky but Hooked on You is freaky. You’re not just dating average joes, anime girls, pigeons, or weapons-turned-people – you’re consorting with bloodthirsty killers. All on a desert island you can’t escape, run by two survivors who can’t die. And believe me, they’re trying. There’s the trapper, a beefcake with guns that put Henry Cavill to shame, Huntress, a big dommy mommy, Wraith, a burnt twink, and Spirit, the dead goth girl who stole my heart. Oh and Trickster, but let’s ignore them. As you’d expect with a dating sim, it’s an adventure novel with the choices to make and minigames to play, a few different endings, and various characters you can romance. But really, I’m here for Spirit and Huntress. Sorry Wraith.

From the get-go, it’s meta, meta, and some more meta. I’m a huge Scream fan – all things ‘90s slasher, really – so this meta approach worried me. So many have tried to ride the coattails of Scream’s style and fallen on their asses, becoming parodies, but Hooked on You brings that meta slasher vibe to games immaculately. The ocean is a living creature you can talk to and you even bicker with the narrator during a bunch of fourth-wall-breaking jokes, not to mention the copyright gags and skirting around licensed IPs. There’s even a cheeky Ghostface nod thrown for good measure. 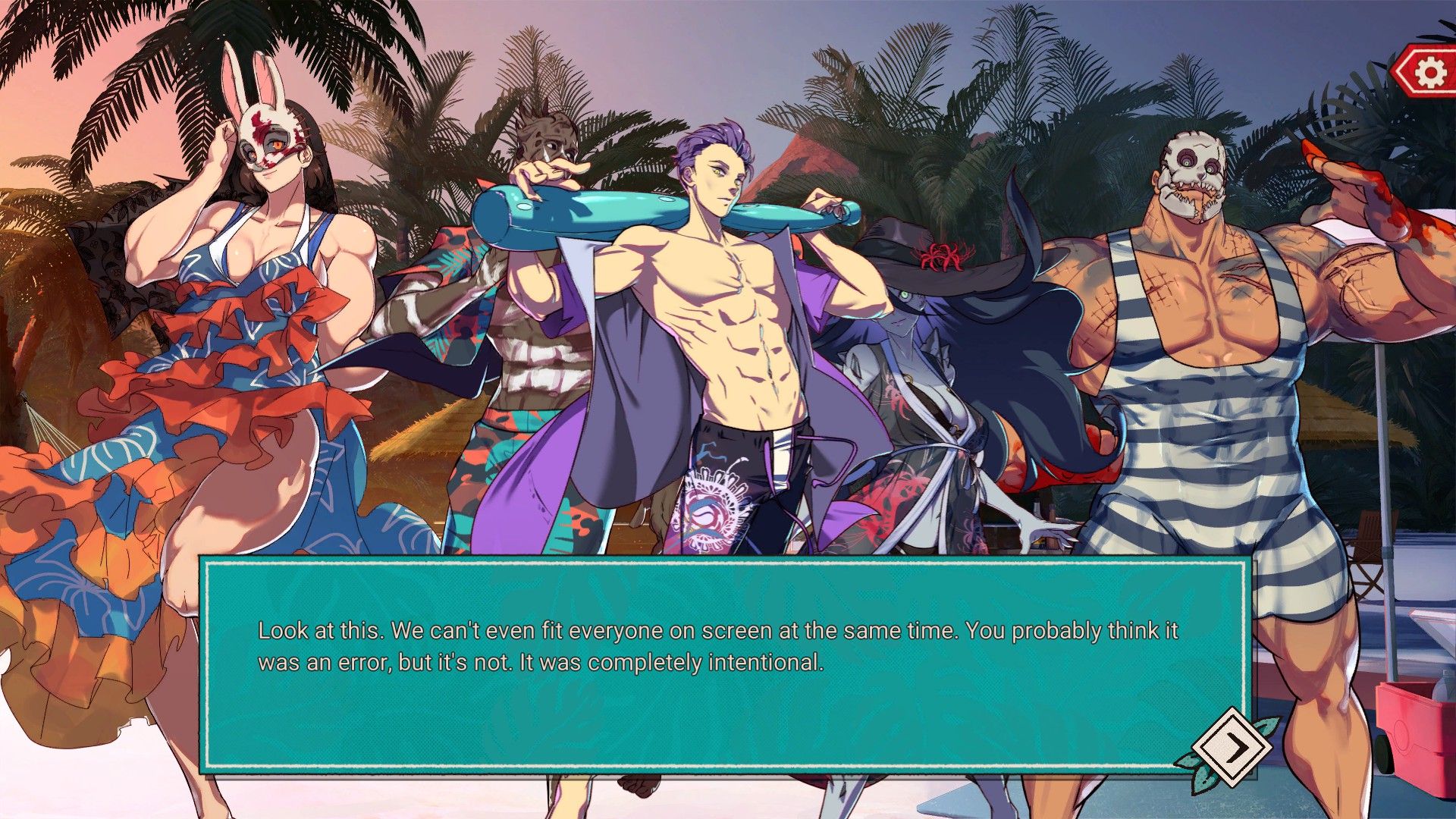 Hooked On You manages to keep its characters interesting by unpacking their emotional baggage the closer you get to them, all while juggling these jokes and arguments with the omnipresent narrator. It’s tongue-in-cheek but keeps its heart, which is exactly why Scream worked so well so many years ago. I did bump uglies with Spirit and even reached in for a hug only to phase right through her, but we also sat and looked out at the bobbing ocean from the top of the black lighthouse, content spending the day together, and she came out of her tough shell to show me her vulnerable side. It’s beautiful, and certainly not the level of depth I was expecting from a joke-y spin-off. But visual novels have proven to be deeply compassionate so many times in the past, and it’s a relief to see this game respect that legacy instead of treating the entire situation like a joke. It’s all for fun and games, but it also isn’t.

The game also leans into the LGBTQ+ culture Dead by Daylight has fostered over the years and is never once afraid of doing so. Take one look at Twitch, Reddit, Twitter, or wherever else, and you’ll find a bunch of queer fans celebrating a universe that has come to represent them in the most unexpected ways. It’s a celebration of slasher, one of the queerest horror genres out there, so it’s not too surprising, but Hooked on You understands that and is inclusive of everyone. You aren’t asked for gender, pronouns, or anything personal, just a name. And with that name, you can date whoever you want. My little bi heart melted but the choice killed me. Goth girl, twink, dommy mommy – help. If you’ve been thirsting over any of these killers, there’s finally an outlet to quench it. 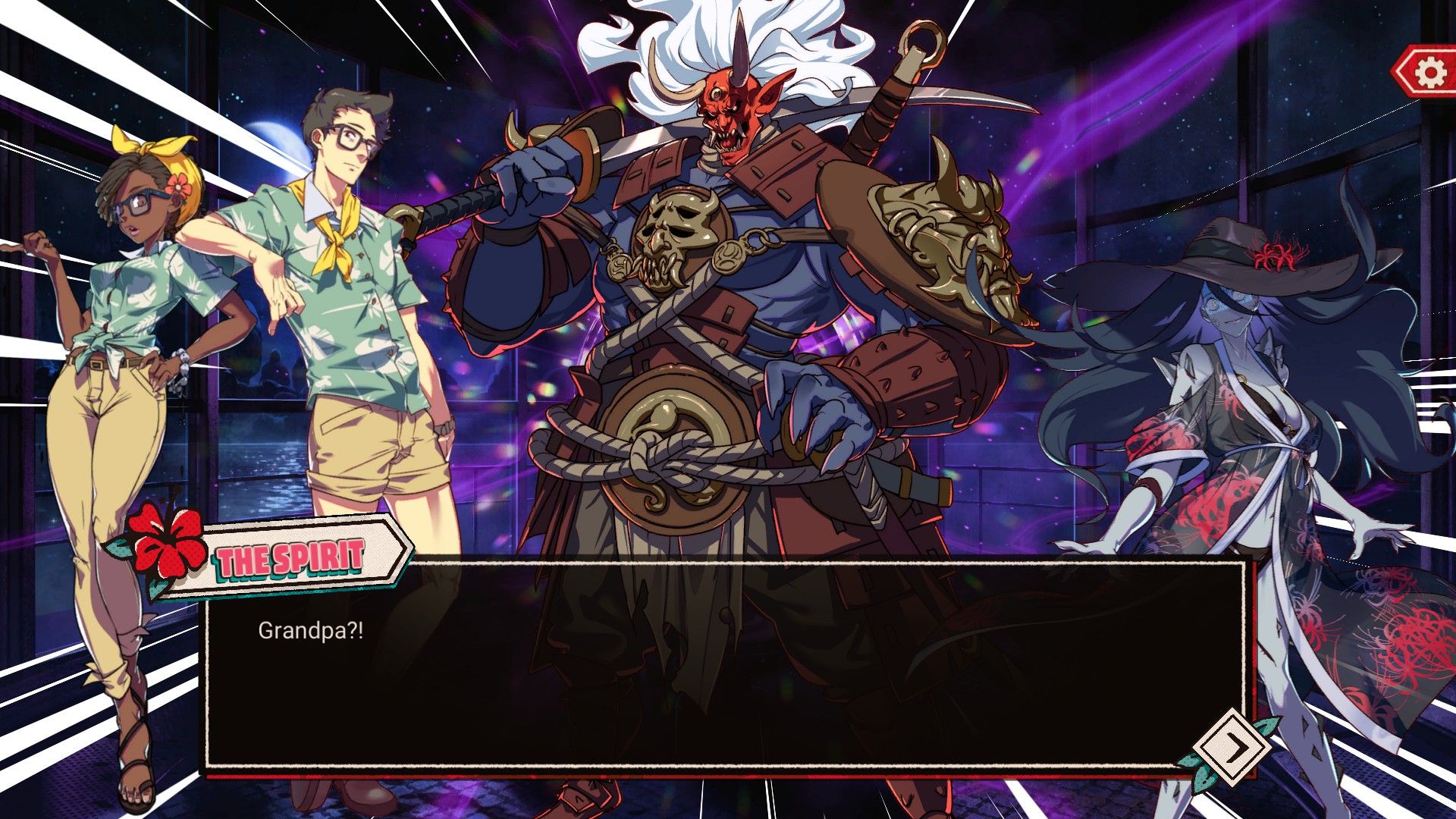 Writing and characterisation is where Hooked on You shines, but it falls flat elsewhere. Minigames are styled on Dead by Daylight’s own prompts, having you stop a spinning wheel so the arrow hits a certain point, each round seeing it speed up and become more difficult – that’s a cool nod, but it’s simplistic and repetitive. Dating sims are text-heavy adventure novels at heart, meaning that when you do get a moment to interact, those moments need to be as engaging as the dialogue, but in this case, it was a bland break that slowed momentum and muddied the pacing, even in spite of it being a short and breezy experience. I’d have just rather stuck with linear storytelling if I’m honest.

Choices also feel arbitrary. One even asking you to boot someone out of the race like we’re on a talent show. It’s not always a fluid and natural story with organically developing relationships, often slipping back into obvious game-y language. Although the dialogue shines, it can be hard to read; the text is small even on the largest size with a very confined font choice, using thick borders and a very transparent background. Most characters take some squinting for me to read their dialogue and there’s only one setting that lets you tweak it to your preference – the disappointing size scale. 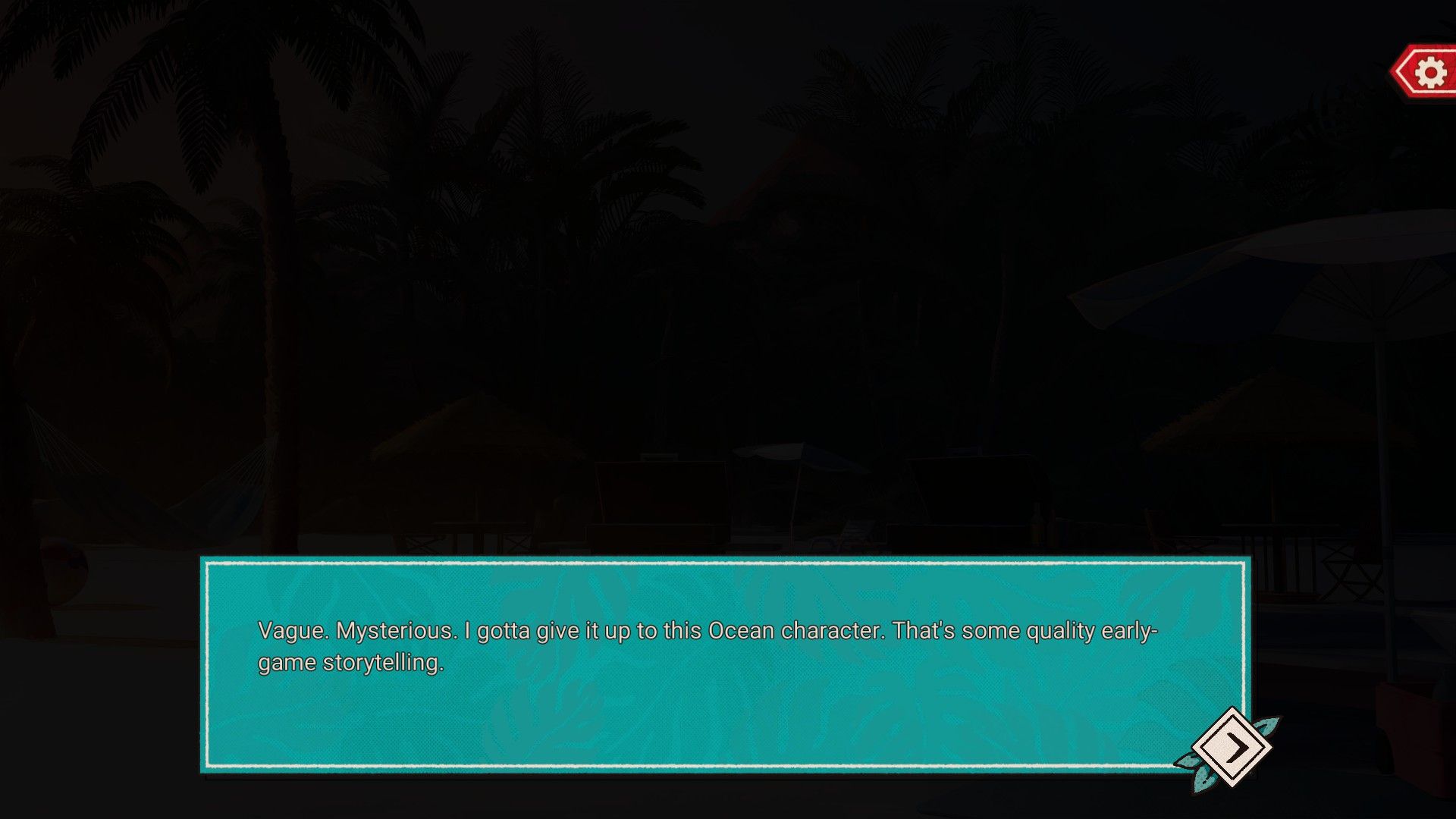 Regardless, when I could read what was going on and when I was thick in the conversations with the killers, Hooked on You had me hooked. My first playthrough was a breezy 70 minutes which is refreshing in a world of 60-hour experiences, and every second was a memorable one. You get to uncover more about these characters and their hardships, the struggles that have made them who they are, something that isn’t all that obvious when playing Dead by Daylight. In its quieter moments, Hooked on You does a great job at finally giving this IP mishmash a personality and character, something it’s been sorely lacking outside its community.

Hooked on You is a fun spin-off for Dead by Daylight fans, but if you’re a dating sim fan, you’ll probably find it a little lacklustre. It’s often simplistic and repetitive, but it brings the ‘90s meta edge to horror games in a way that hasn’t really been done before, with characters I fell for and a world I didn’t want to leave. It might be a breezy 70-minute game, but I’ll be going back for all the achievements and digging into every single romance all the same.

Score: 3.5/5. A review code for PC was provided by the publisher.