There are a plethora of side activities in Horizon Forbidden West, and one that feels so bizarre – yet brilliantly done – are the Gauntlet Runs. These are races you can participate in, along with some interesting characters and rewards to earn.

With fleshed-out mechanics that make the whole thing feel akin to Mario Kart, the Gauntlet Runs are a refreshing addition to the otherwise machine-hunting gameplay. Here's everything you need to know about them.

What Are Gauntlet Runs? 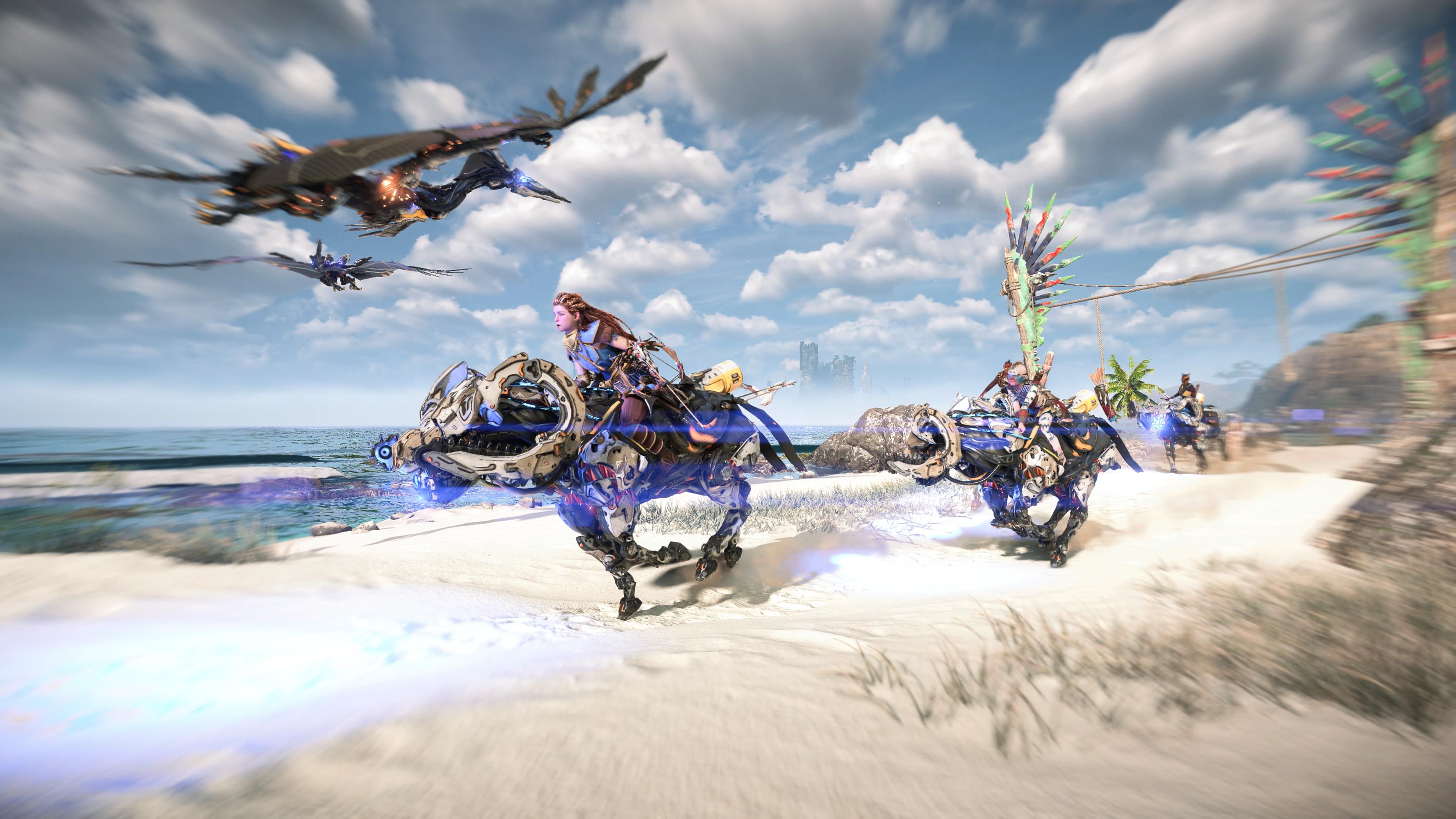 Gauntlet Runs are racing tournaments held by Tenakth rebels. After leaving the cause, they set up these events with their overridden machines, and travel around taking part in thrilling and competitive races.

You can join these races and take part in the events. Each race will play out from the starting point, with each racer on a Charger. There are checkpoints to hit, and you must be the first one to complete a lap.

However, the checkpoints will also have items to grab – these are essentially power-ups, and you can use these defensively or offensively against other racers. You can also pick up different kinds of arrows, and use these to shoot at the other racers. However, you will also need to watch out for racers shooting at you, as they will be relentless. 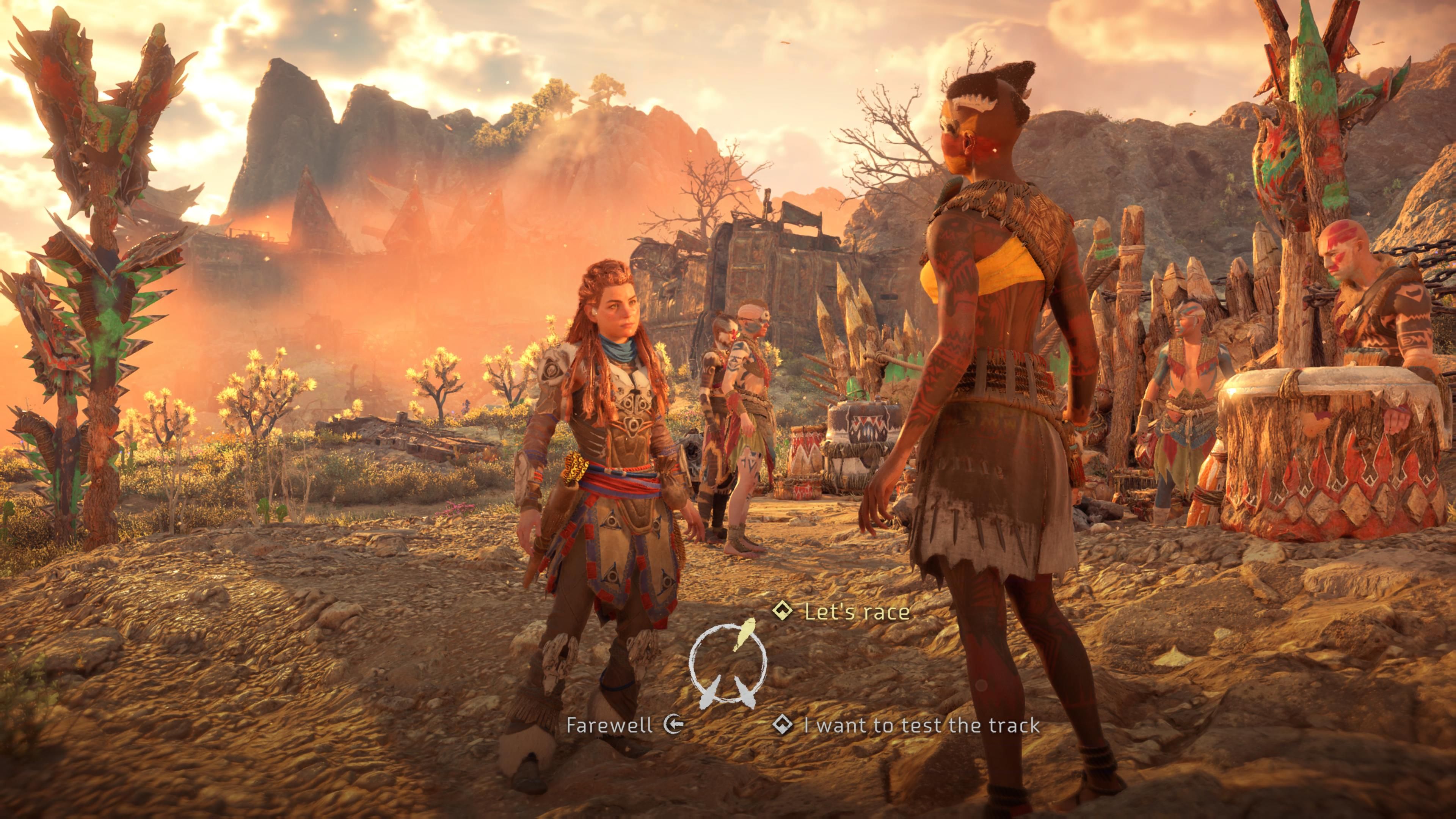 There are four Gauntlet Runs to participate in across the world of Horizon Forbidden West. You will tackle them in order as part of a questline, and the first one will be available as soon as you have completed Repair Bay TAU as part of the story and have passed the mountains. 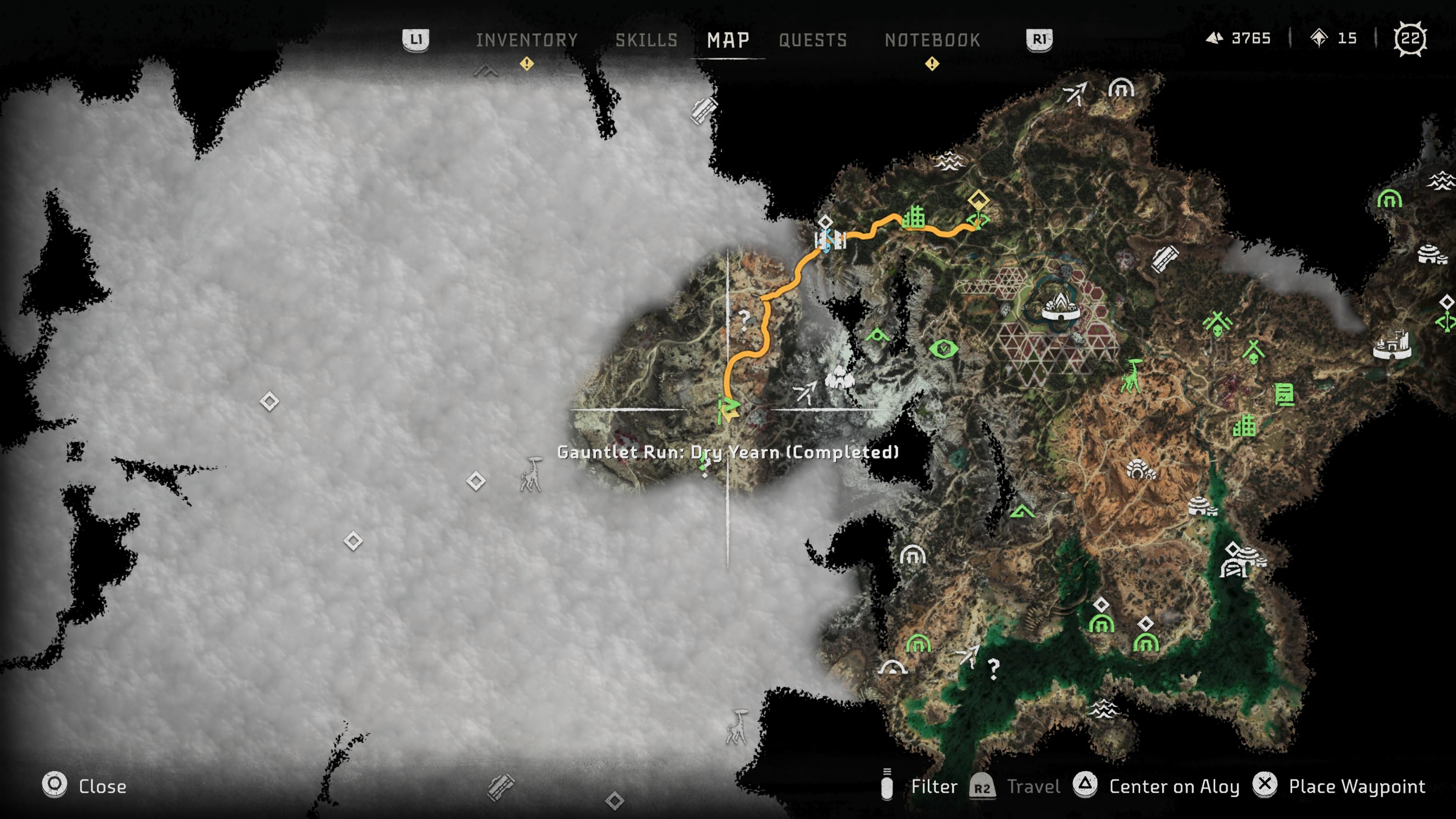 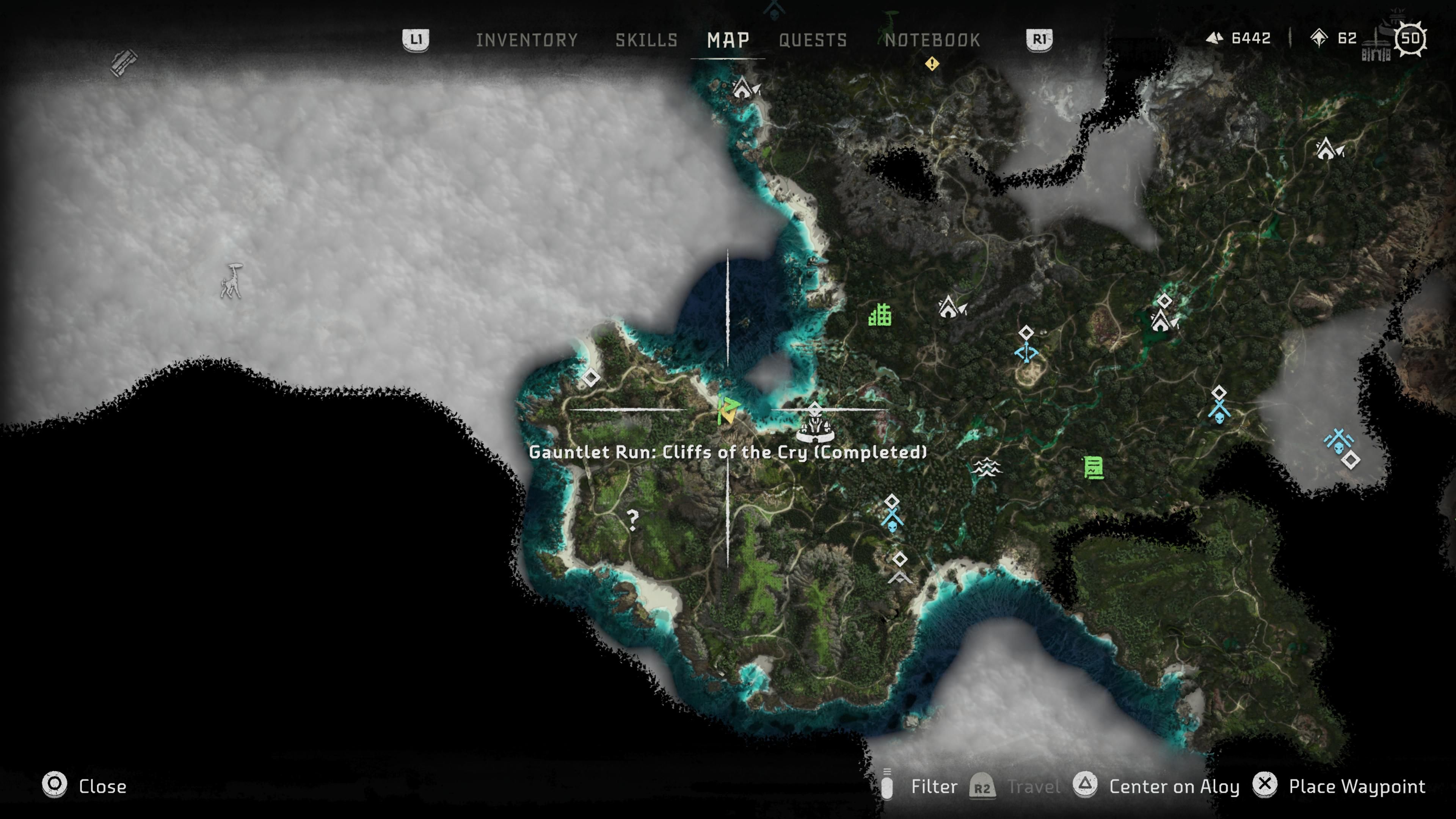 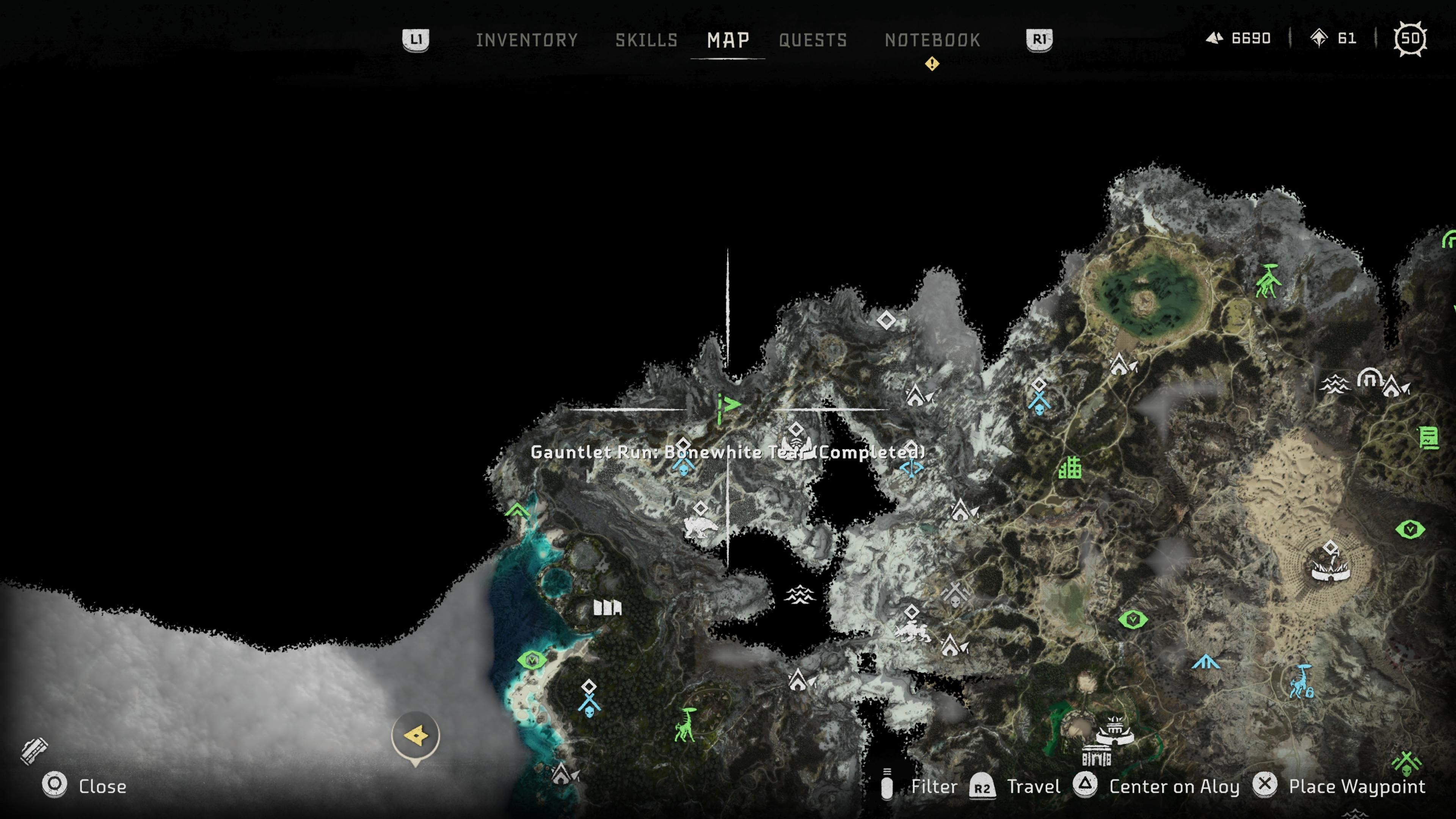 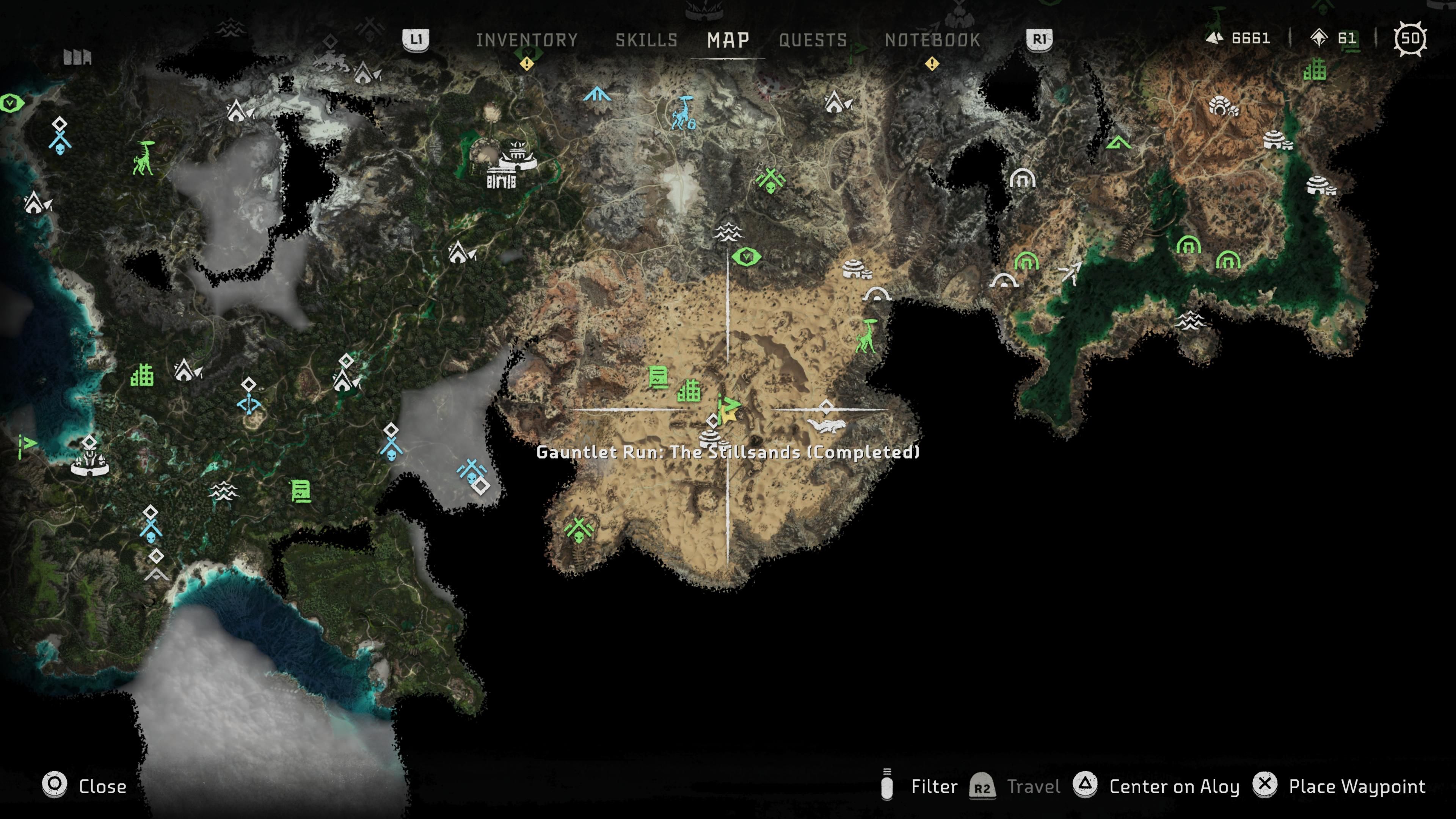 All four locations can be seen above, in order of progression.

Each one will be more challenging than the last, offering new mechanics and environments to keep it all feeling unique. The final race will involve the champion of the Gauntlet Runs, so you'll have to give it your all to come out on top.

Tips And Tricks For Gauntlet Runs 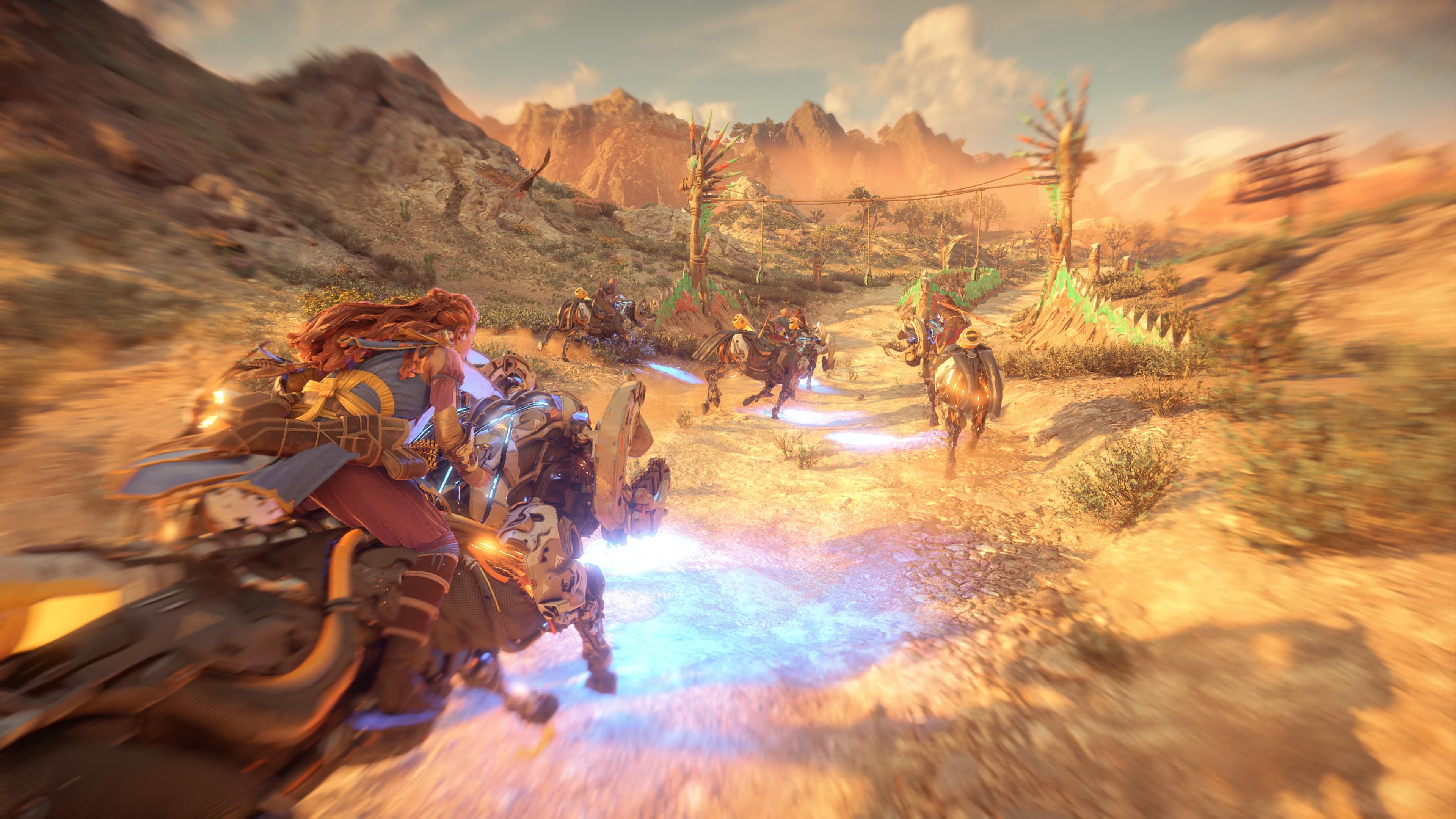 Jumping into your first Gauntlet Run can be tough. Sure, you might have traveled around plenty on your Charger, but this is a step-up from anything you'll be used to. There are weapons, abilities, and traps not seen in the rest of the game, so you'll want to know how to properly use everything you have.

The most important thing you'll want to keep on top of is bracing for damage. There will be a lot of incoming attacks and rarely a moment of peace between them.

Look out for the flashing exclamation mark on the edge of your screen – this indicated incoming damage and where from. Hold Square as soon as you see it, and you will ignore the incoming damage. If the attack hits you when you're not bracing, it will stun you and slow you down, and you will need to press R2 to recover.

Once you're comfortable with the incoming damage, focus on grabbing the items and keeping your momentum – this means avoiding obstacles and other riders as much as possible. If a rider is close to you, hit them with R1. If they are in front of you, aim your bow and shoot them to stun them.

Certain items will do different things. The most useful is the boost – this will give your Charger a burst of speed to get ahead of the competition. Just watch out for incoming damage when boosting, as you are still vulnerable to attacks.

There are also traps you can deploy behind you – if you know there are riders closing in on you, you can either lay down a trap to catch them off guard, or you can aim your bow backwards and stun a few of them. Just make sure you're not going to run into any obstacles while aiming backwards.

Finally, there will be shortcuts hidden away on the tracks. These can be off the track or blocked by wooden barriers. The barriers will stun you and slow you down, unless you use a boost just before you run into them. If a certain track is giving you trouble, try to learn where the shortcut is and save a boost for when you reach it – this can make all the difference in a tight race.

The best way to practice the tracks and learn everything you need to know? The practice mode. Each track will offer a practice mode before you participate, and you can do these as much as you need to. If you are having trouble with some of the tracks, take some time to race around them and learn the placements. Once you feel ready, head back into the tournament and take on the other racers.

As hectic as these races can get, they are a lot of fun – you just need to keep on top of the incoming damage, and know when and where to use your abilities. Also, just smack the other racers every so often – it's not against the rules. It's encouraged, in fact.

What Do You Get For Completing All Gauntlet Runs? 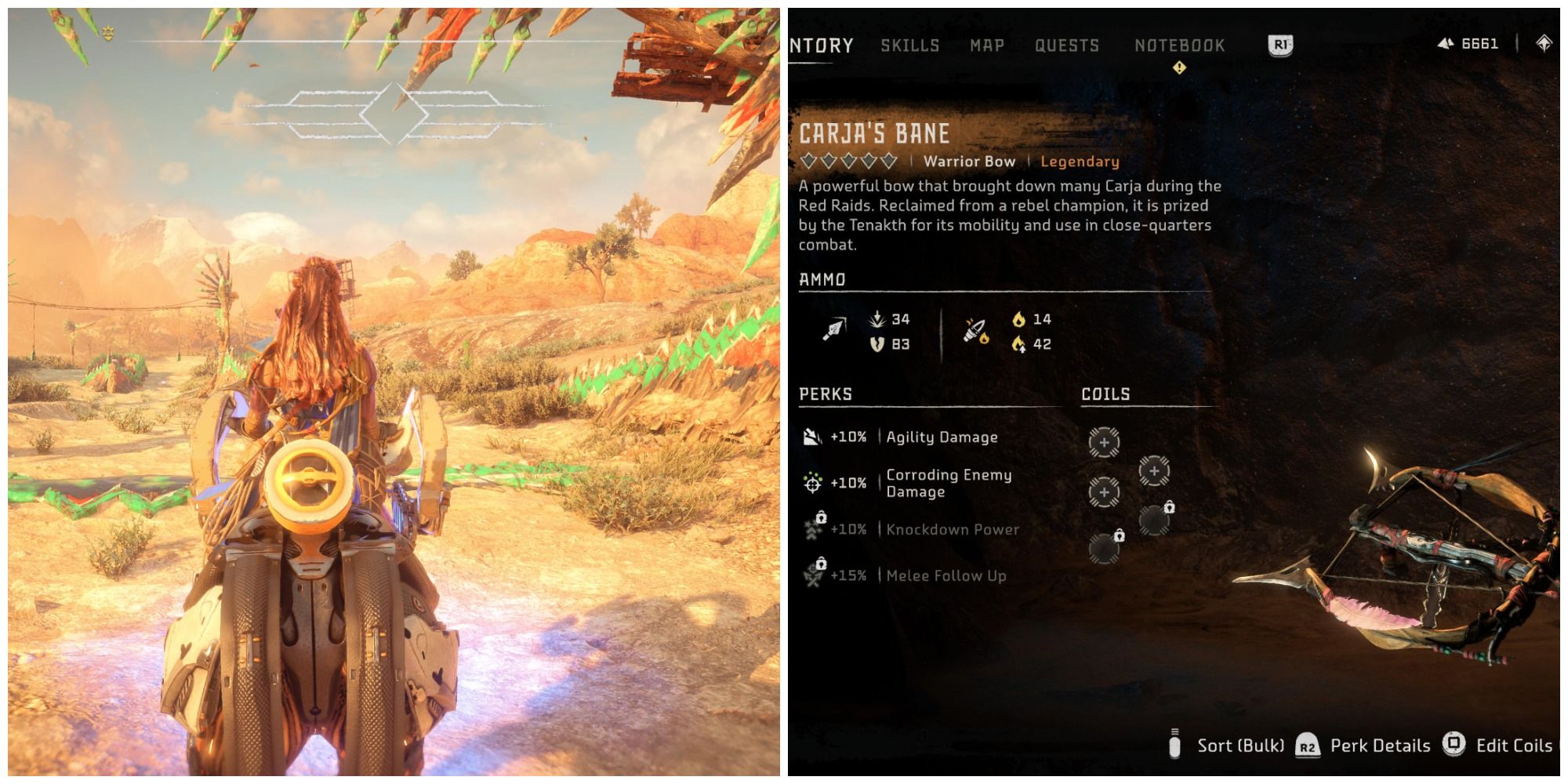 So, you've beaten all the tracks and bested the champion of the Gauntlet Runs. As a reward, you will receive Carja's Bane – a legendary Warrior Bow that deals either impact damage or fire damage. The bow can be a powerful tool to add to your arsenal should you favor the Warrior Bows, but the Gauntlet Runs are enough fun to warrant completing them alone.

You can even return to any of the locations to race that track again. Unfortunately, there are no leaderboards for these activities, but they are a refreshing idea to add some contrast to the game.