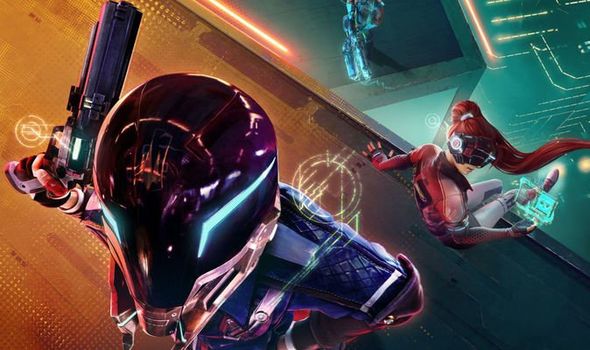 Hyper Scape is the newest rival vying with Fortnite and Apex Legends for supremacy in the battle royale genre. Developed by Ubisoft, Hyper Scape is a fast-paced free-to-play FPS set in a futuristic, cyberpunk world. And it’s swiftly getting rolled out with launch plans for Hyper Scape kicking into overdrive this month.

After a short technical test that began towards the beginning of July, Hyper Scape has launched in open beta on PCs.

The Hyper Scape open beta for PCs began on Sunday July 12 and was announced during the Ubisoft Forward event, with it launching swiftly after the announcement was made.

However, while PC gamers are able to try out Hyper Scape right now counterparts on the PS4 and Xbox One will have to wait a little while longer.

The game’s official Twitter account has announced that Hyper Scape will be coming to the PS4 and Xbox One later this summer.

But to soften the blow of the longer wait, PS4 and Xbox One gamers who tune into Twitch streams of the Hyper Scape PC open beta will get free rewards.

By watching streams on Twitch it will help unlock rewards in the Hyper Scape Battle Pass that will be ready in your account when the game arrives on PS4 and Xbox One.

The @HyperScapeGame Twitter posted: “//Contacting Console Players. The game will be coming to PS4 and XB1 this summer.

“If you watch Twitch streams during PC Open Beta with the Twitch extension, you’ll unlock the items in the Battle Pass.

“Unlocked rewards will be on your account when we launch console this summer.”

Fans wondering when exactly Hyper Scape will be arriving on the PS4 and Xbox One have been given a more precise window thanks to eSports insider Rod ‘Slasher’ Breslau. 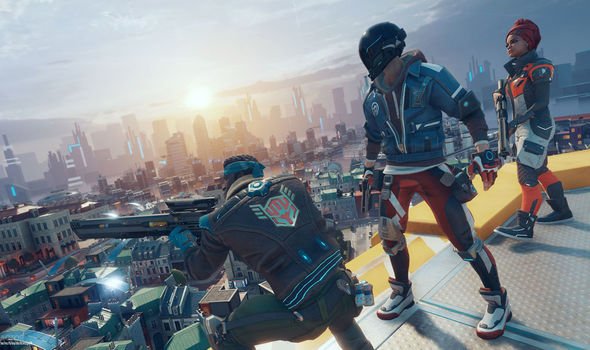 Breslau, who was the first to reveal details on Hyper Scape at the end of last month, said Hyper Scape would be heading to consoles in early August.

Slasher tweeted: “The open beta Hyper Scape launch will be for PC only, with the console release scheduled for August that includes PC/console crossplay”.

Breslau later tweeted to clarify that Hyper Scape would be heading to the PS4 and Xbox One in “early August”.

If you’re a PC gamer who wants to take part in the Hyper Scape open beta then click here to head to the official website.

Solo or in a squad, in the streets or on rooftops, loot unique weapons and rule-bending Hacks to define your playstyle.

Escape the Decay that dissolves city districts. Adapt to random game-changing effects. Fight to be the last one standing, or take the Crown and claim victory.