The Invincible slipped under my radar when it was announced last year, but after being put in the spotlight by a cover feature in this month’s Edge magazine, I’ve eaten up every detail I can find about the forthcoming science fiction game. As well as focusing on pre-digital atompunk aesthetics that are right up my street, Edge describes The Invincible demo as Firewatch meets Alien: Isolation, and at this point I can’t imagine a game more perfectly designed for me.

Inspired by the novel of the same name by Stanisław Lem (most famous for writing Solaris, which was adapted into an all-time great sci-fi film by Andrei Tarkovsky), developer Starward Industries is landing on the supposedly-habitable Regis III to take players on a first-person adventure later this year.

Despite this being its first game, Starward’s got some pedigree – it’s largely made up of devs from Poland’s biggest studios: CR Projekt Red, Techland, and Bloober Team. But with that comes expectations, and one look at the initial trailer’s YouTube comments section shows the Cyberpunk hangover hasn’t healed yet. “Please, please, please take your time to finish it, do not rush,” reads one comment. “Looks great. Been burned too many times to get my hopes up,” says another potential player, whose comment has been liked 140 times. 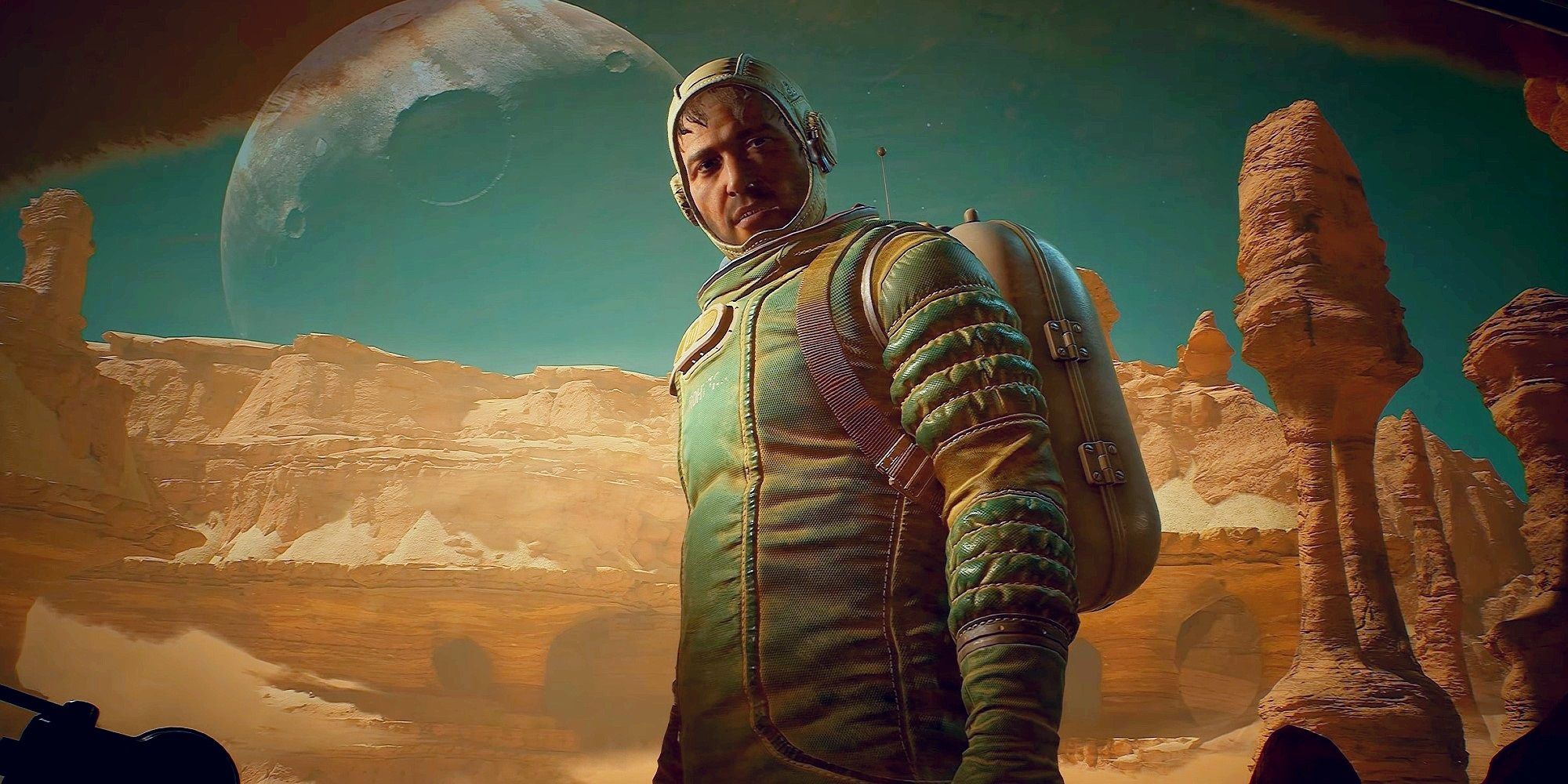 The sentiment of unease leveled at games that are playing their cards close to their chest is inevitable, and managing expectations is definitely preferable to descending into delirious fanboyism before we’ve even seen any gameplay. However, there are things that we can enjoy even at this stage of development, and for me those things are the robots.

Robots in video games can be hit and miss. For every Wheatley, there’s a Claptrap. For every Pathfinder, there’s R.O.B. Does R.O.B. even count? I don’t know, I’ve never played whatever game they’re from, I just avoid using them in Smash Bros. I’m told it’s a peripheral. Fine. We don’t know if The Invincible’s robots will be annoying – Edge suggests that in the demo the main character Yasna’s constant quips to herself are a bit too reminiscent of Aloy’s mutterings for their liking, which could be a bad sign – but we know they look cool. And at the moment, that’s enough for me to get a little bit excited.

The Invincible’s robots are straight from the covers of Golden-era science fiction novel covers, with rounded curves and plenty of Soviet influences. Robots can get a bit boxy and generic in games, so it’s refreshing to see a different style that comes from different – if classic – inspirations. As much as you can see Sputnik’s influence on the Condor (a spaceship in the game), you can see chrome-domed and drain pipe-legged robots ripped straight from the covers of Amazing Stories or Asimov’s Science Fiction. 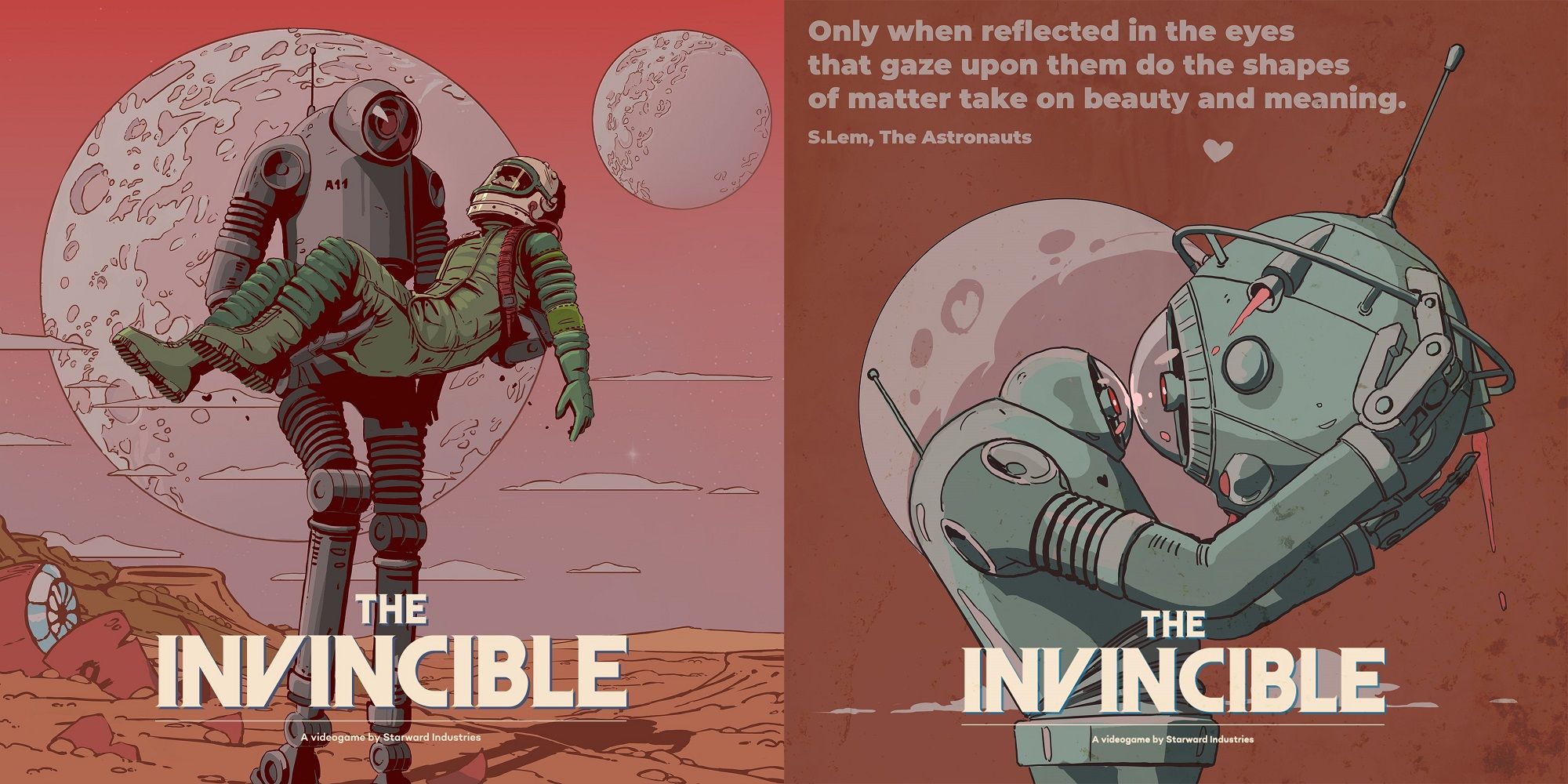 This is intentional, of course, and comes from Starward Industries’ “visions of space travel from the mid-1940s to the mid-1950s,” according to Michał Napora, Starward’s community manager, as he narrates the game’s first trailer. “Visions that came to life before the digital age, in which spaceships, robots, vehicles, and equipment are all made using analogue technology.” He describes the game’s technology as “heavy, tactile, and physical.” Starward is stepping into the past to reimagine a future from a pre-digital time, much like the Fallout series roots its post-apocalyptica in a ‘40s retrofuturist vibe.

It would have been easy to update Lem’s novel to fit a modern perspective of what future space travel will look like; all OLED screens and holograms. But by keeping things analogue, Starward has not only cleverly distanced itself from direct comparisons to Bethesda’s Starfield (which will be the biggest science fiction release of this year), but also crafted an aesthetic that remains mostly overlooked and a resource that is relatively untapped by mainstream video games.

I can’t wait to see more of The Invincible, whether that’s by way of trailers or demos or the whole game being shadow-launched next month (I can dream, okay?). Maybe the protagonist will be annoying, maybe the robots will end up being shit. But I can’t wait to get my hands on the tactile dials and heavy switches that The Invincible promises will make its robots go.