Hearthstone’s latest expansion, March Of The Lich King, has me hooked once again. This is how it always is with Hearthstone. New content drops, I jump in, play like a cretin until 3am throughout the week, and then I won’t touch the game for another 700 days. I’m not sure that’s how anyone at Blizzard wants their game to be played, but that’s what they’ve got.

There is something joyous about playing a new game alongside lots of other people who are also playing the new thing. Whether that’s the latest Call of Duty, or a brand-new MMO like New World last year, everyone playing on the same level is thrilling—especially for a filthy casual like myself who has little time to dedicate to these games over a long period of time. These games change over time. They become more impenetrable to someone who just wants to dip in and chill out. Players are always on the hunt for the meta. Meta, meta, meta. Hearthstone is the definition of meta.

That’s exactly why Hearthstone’s expansions are always such a good time. With Wrath Of The Lich King, we get a whole new hero (the Death Knight), which is unusual, and an extra reason to try it out. There are a bunch of new decks to experiment with too, and no one really knows what’s good yet. However, in two weeks, Icy-Vein will have all the most meta decks to build, and suddenly the game is half as fun, at least for those who haven’t got the time, or the brain power, to tweak and twist decks to their liking with mathematics and mana curve spreadsheets. 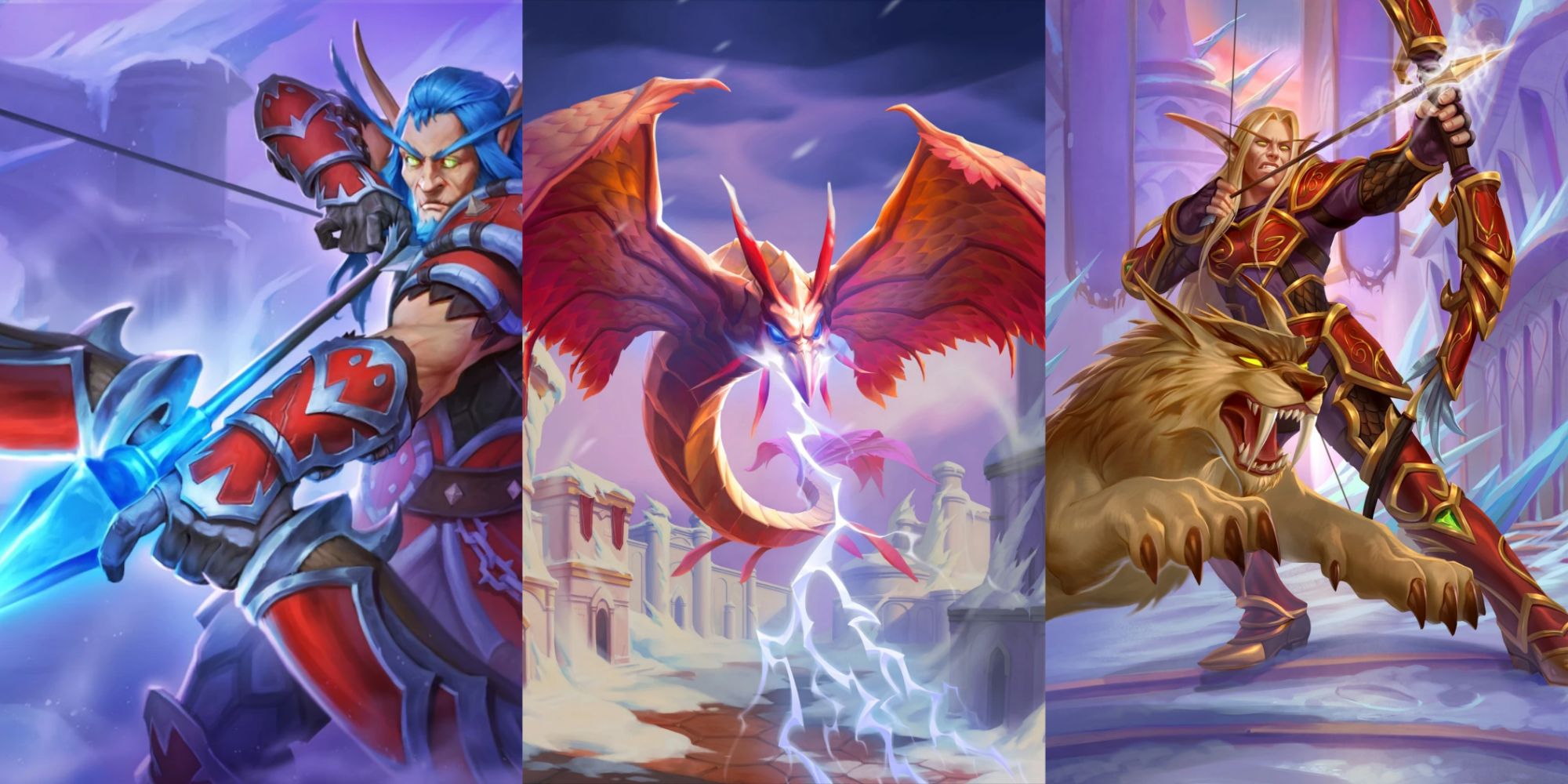 At the moment, I’m climbing the ranks with a control Blood Death Knight deck. It is extremely satisfying to delete your opponent’s cards with Patchwerk, and even more satisfying to destroy them with a well-timed Denathrius. These mechanics might be overpowered, and might be nerfed, but in the world of Hearthstone it’s always quite hard to tell what is really broken until the professionals have had time to build the most absurd decks possible. Decks can get really quite busted, but never in a way that is particularly interesting.

I dip in and out of Hearthstone because the deck-building mechanics are pretty straightforward. Everyone gets given some templates to play around with, and even with the addition of Renathal, the card that allows you to have 40 cards in a deck instead of 30, there are still limited mechanics to experiment with. A game like Slay The Spire has way more longevity for me because of the many millions of variables. With Hearthstone, you just see the same thing, over and over and over again. Even in tournaments and very high level play, the difference between decks might be a single, game-changing card. Kinda neat, but really not my bag. 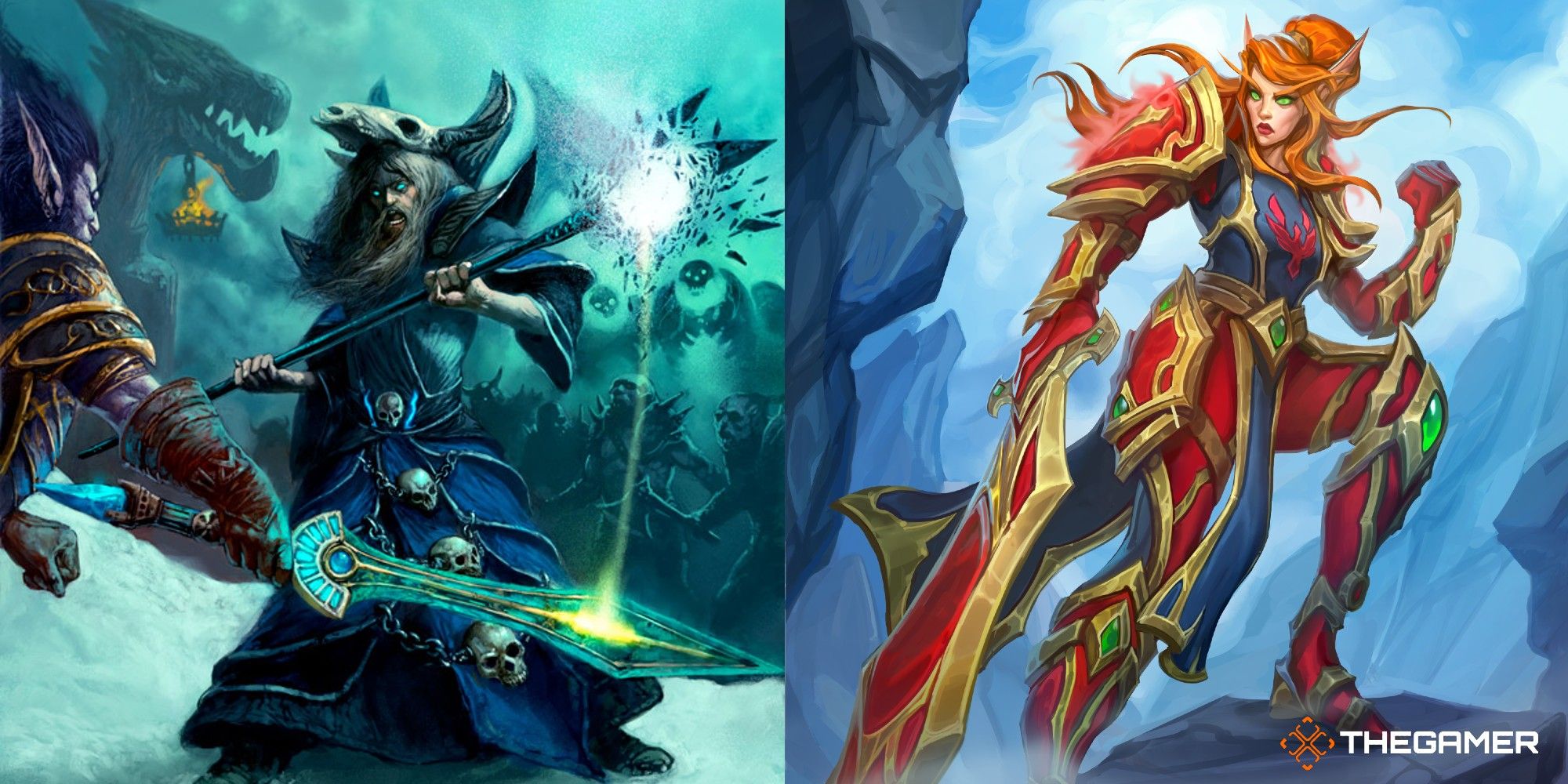 The game has other offerings, ones I usually enjoy a lot more than Constructed. Battleground is a phone-favourite for me, while Duels is something I might dip in and out of for a run every couple of months when I feel like it. But there’s something about the standard format of Hearthstone, your deck versus someone else’s, that just doesn’t do it for me in the long-run. Is it the grinding for extra dust, so you can finally try out that new Legendary card? Is it the constant, grinding, 20-minute games against a direct match-up deck? Losing spectacularly to a vastly superior deck full of cards you’ll never be able to afford without remortgaging your house?

Whatever it is, I’m going to enjoy my week of Hearthstone very much, and then forget the game exists. I will not, whatever happens, spend any money on the game. This is a promise to myself, well, more of a plea to the dark side of my brain. Please. Do not spend any money on Hearthstone. It’s Christmas. I can’t afford heating. Do not buy shiny JPEGs. Well, maybe just one card bundle won’t hurt…