Lego Star Wars: The Skywalker Saga is a quality game. It's stuffed with things to do, it has a great sense of humour, it's beautiful to look at, and it even makes the prequels good. That alone is an achievement. Yet I had to stop playing it, because it's too easy. I know that's an obvious thing to say about what is essentially a game for children, but there's so little challenge that it makes the experience as hollow as the plastic bricks it's made out of. I want to play it, because its self-aware, tongue-in-cheek depictions of the films are brilliantly observed. But as I breeze through each level with next to zero effort, I feel like I'd rather just be watching a Lego Star Wars movie.

Admittedly, the problem probably lies with me. I'm in my 30s—an adult, in theory—and Lego Star Wars is recommended for players aged 10 and up. This is a game specifically aimed at the widest possible audience, designed so kids can comfortably team up with older players in co-op. This level of approachability is wonderful, and a big part of why the Lego games are so popular. But it does mean that they're deeply basic, and put up absolutely no resistance as you play. You can die as many times as you like and it doesn't matter. You'll never get stuck or have to play a certain way. Just hammer the buttons and you'll make it to the end of the level eventually.

Should I even be playing a Lego Star Wars game in the first place? I realise that I'm basically an adult complaining about a toy not being sufficiently nuanced for me. But let's be real: it ain't just kids playing The Skywalker Saga. Star Wars is cross-generational, and plenty of people in their 30s, 40s, and beyond will be drawn in by the promise of reliving those films and hanging out with those characters. Like the movies it's based on, the appeal of this game transcends age—but the gameplay is aimed squarely at one end of the spectrum. Anyone can play Lego Star Wars, and that's nice. However, its biggest flaw is that not everyone can have fun playing it. 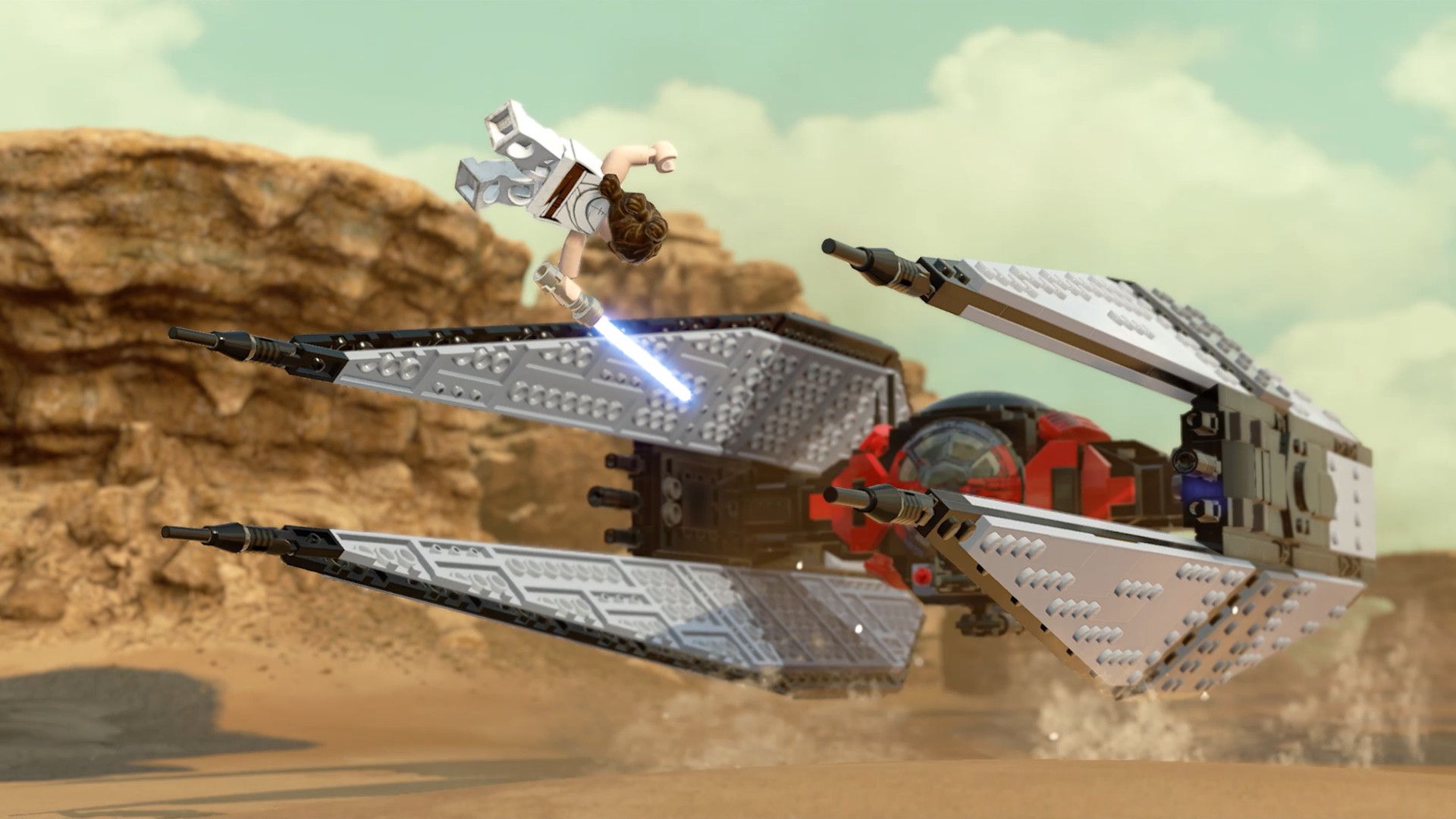 There's a lot of discourse flying around at the moment about whether games like Returnal and Elden Ring should have an easy mode. But I'm gonna flip that and say this: Lego Star Wars should have a hard mode. Well, not a hard mode per se. I'm not saying it should be overly challenging or that fighting Darth Maul should be like a Dark Souls boss—just tweaked a little so you have to be more careful in combat, make use of combos, and be aware of the fact that there's actually some semblance of risk involved. Even something as simple as a mode where you have limited lives would make things more interesting in the long term. I've even thought of a name for it: Adult Mode.

A lot of adults love Star Wars. I feel faintly embarrassed sometimes by how much of a buzz I get from shows like The Mandalorian. I like to think I have esoteric, offbeat tastes when it comes to the media I consume, but then I see some nostalgia-baiting Star Wars bullshit on Disney+ and I start hooting and hollering at the screen like a guy laden with swag bags at Comic-Con. It's pathetic, but I blame my teenage years where I consumed every morsel of Star Wars I could find, from video games to spin-off novels. So, selfishly, I think Lego Star Wars needs to cater more to people like me, who want to enjoy these games but are objectively way too old for them.