There’s been a lot of discussion at TheGamer about whether Dead Space even needs a remake. It’s one of the best horror games of all time and still holds up as a classic, so what’s the point? I disagree with this assessment and am excited to see one of my favourite games receive a modern coat of paint and quality of life updates. One of the biggest changes touted by EA is that Isaac’s journey through the USG Ishimura will be a single shot that’s unbroken by visible loading screens or jump cuts.

In a recent extended gameplay trailer, we finally got a look at what this means; and the answer is that most of the original’s tram stations have been removed. Isaac will have to float, stomp, and dismember his way between decks instead, complete with new enemy encounters and environmental dangers to overcome. As much as it pains me to say it, I’m not sold by this change. The trams of Dead Space were so much more than just an inconvenient loading screen, they formed a key part of its identity.

Trams make up a large part of Dead Space’s early story. Your first big challenge as Isaac is to get the Ishimura’s transport network back online so you can move through the rest of the ship. Having a more grounded, goal-oriented mission so early on helps you focus under the constant threat of the Necromorphs, before things truly go to hell and you’re dealing with fraying sanity and religious conspiracies. If the trams are no longer a big part of the game, this chapter goes from a key part of pushing you into the ever-snowballing nightmare to just needless busywork for the sake of having Isaac do something engineer-y.

More importantly, trams play a core role in Dead Space’s pacing. They bookend most chapters and serve as one of the few safe places in the entire game, sometimes featuring vending machines and resources as a brief respite. After trudging through Hell itself in the blood-soaked corridors of the Ishimura, the sight of the tram stations is a massive relief.

These quiet pockets of safety also help sell just how wrong the Ishimura has gone, as while they’re (mostly) safe, Tram Stations aren’t comforting. They’re still used to build upon the horror of the situation. Whether it’s a jump scare from a slightly late transmission, or the single time a Necromorph finds its way into your usual sanctuary, the tram stations are where you make your first few, terrified steps into an unknown area. The break from constant Necromorph screaming and heavy machinery allows you to take in the whispering, skittering, and faint twanging of metal as the ship comes apart. You sometimes even encounter other characters in them, such as the blind woman in Chapter 2 whose corpse vanishes when you return to the Medical Deck in Chapter 5. 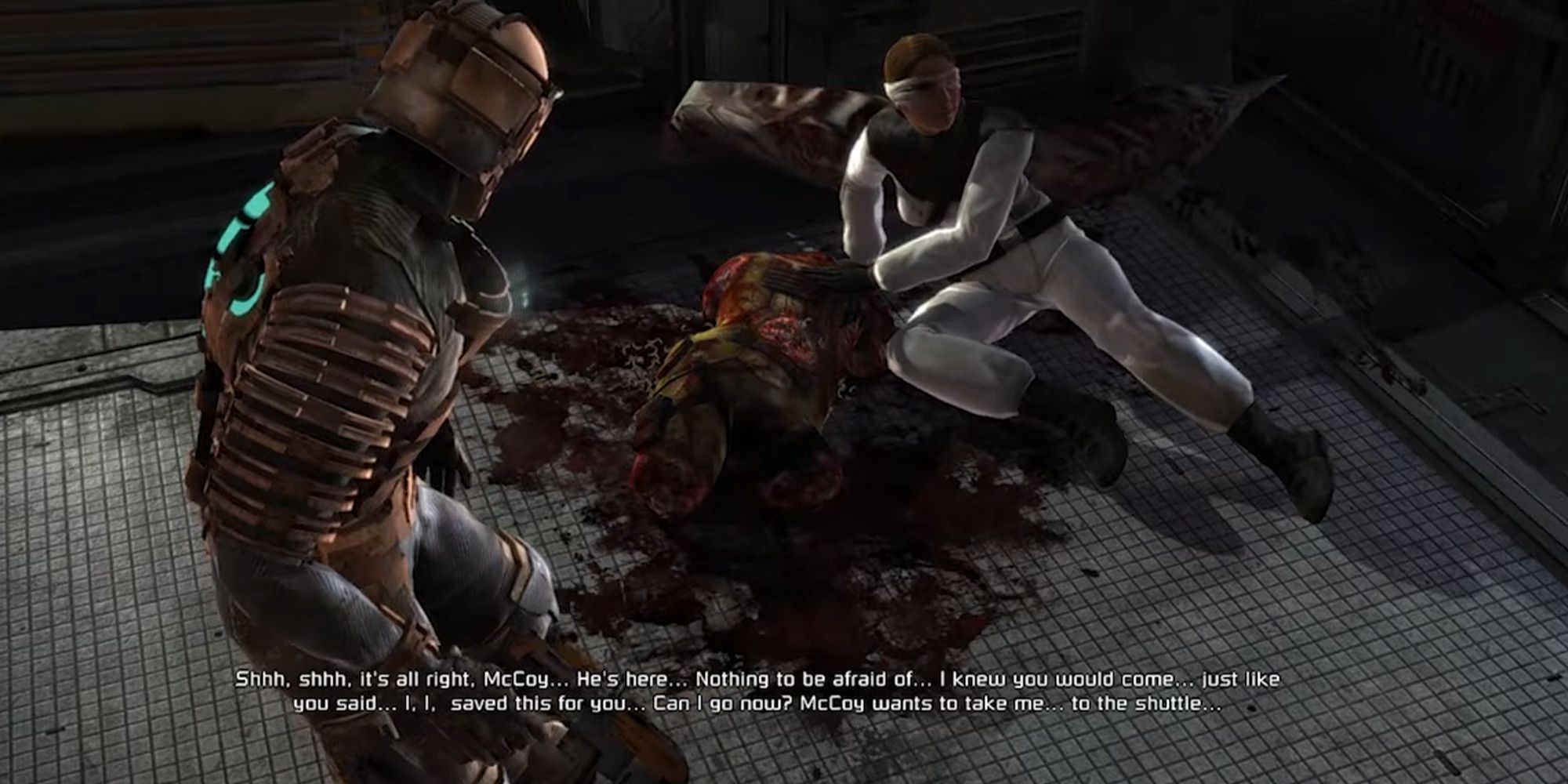 Tram Stations are slow, quiet spaces to breathe in a game that is often unrelenting in the pressure it puts on you. They play a vital role in the natural ebb and flow of tension that makes a good horror game. On the other hand, the remake appears to take those moments and replace them with Just More Dead Space. More corridors filled with Necromorphs to fight with, more zero-G areas to float through, and, most likely more Isaac dialogue – another departure from the original I’m not entirely sold on.

It feels as if the Dead space remake is prioritising its easily marketable technology over the artistic triumphs that made the original so great, which is especially concerning when the original developer Visceral Games was disbanded years ago. We’ve seen lots of its visual upgrades, but not a lot of how all that tech is being used to make something as terrifying and disconcerting as the original. 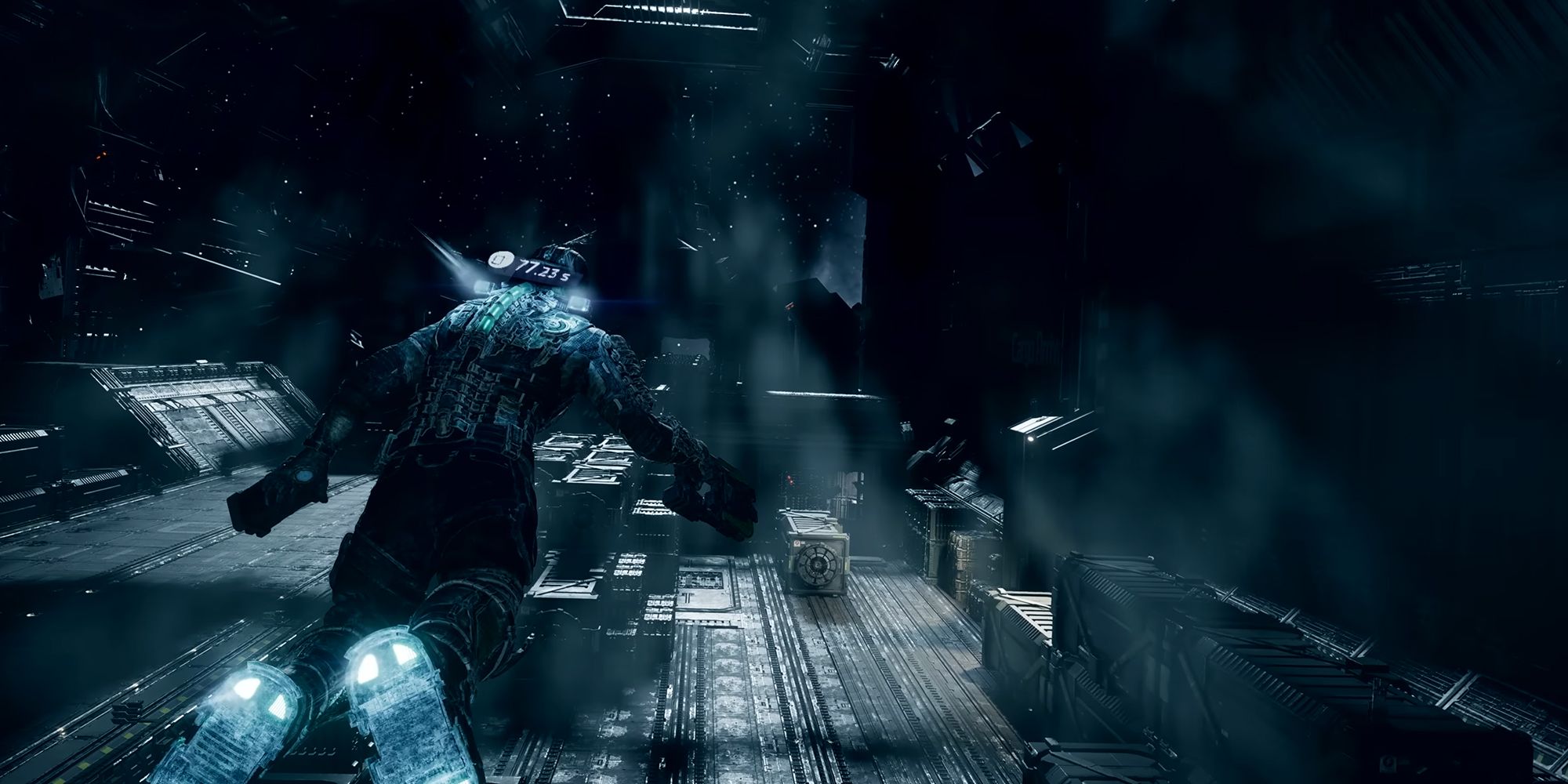 It’s easy to chop out tram stations and say, “look ma, no loading screens”, or gut the carefully hand-placed enemy spawns and use it to tout the AI director that’s deciding it instead. It’s harder to convey how you’re also maintaining those quiet moments and the pit-of-your-stomach dread the original Dead Space pulled off so effortlessly and getting rid of one of the most effective tools in Dead Space’s horror repertoire doesn’t feel like the best way of doing that.