Typically, skins just change the appearance of your character and don't do much else. When it comes to Injustice 2, however, there are Premier Skins that completely alter the character in-game. Premier Skins turn a fighter into a different hero or villain and gives them a new set of abilities.

Injustice 2 has a roster of some of the most popular and powerful beings in the DC universe. The massive roster couldn't fit everyone, so Premier Skins were made to ensure other characters got their time in the spotlight. There are a total of ten Premier Skins in Injustice 2, and we've ranked them. 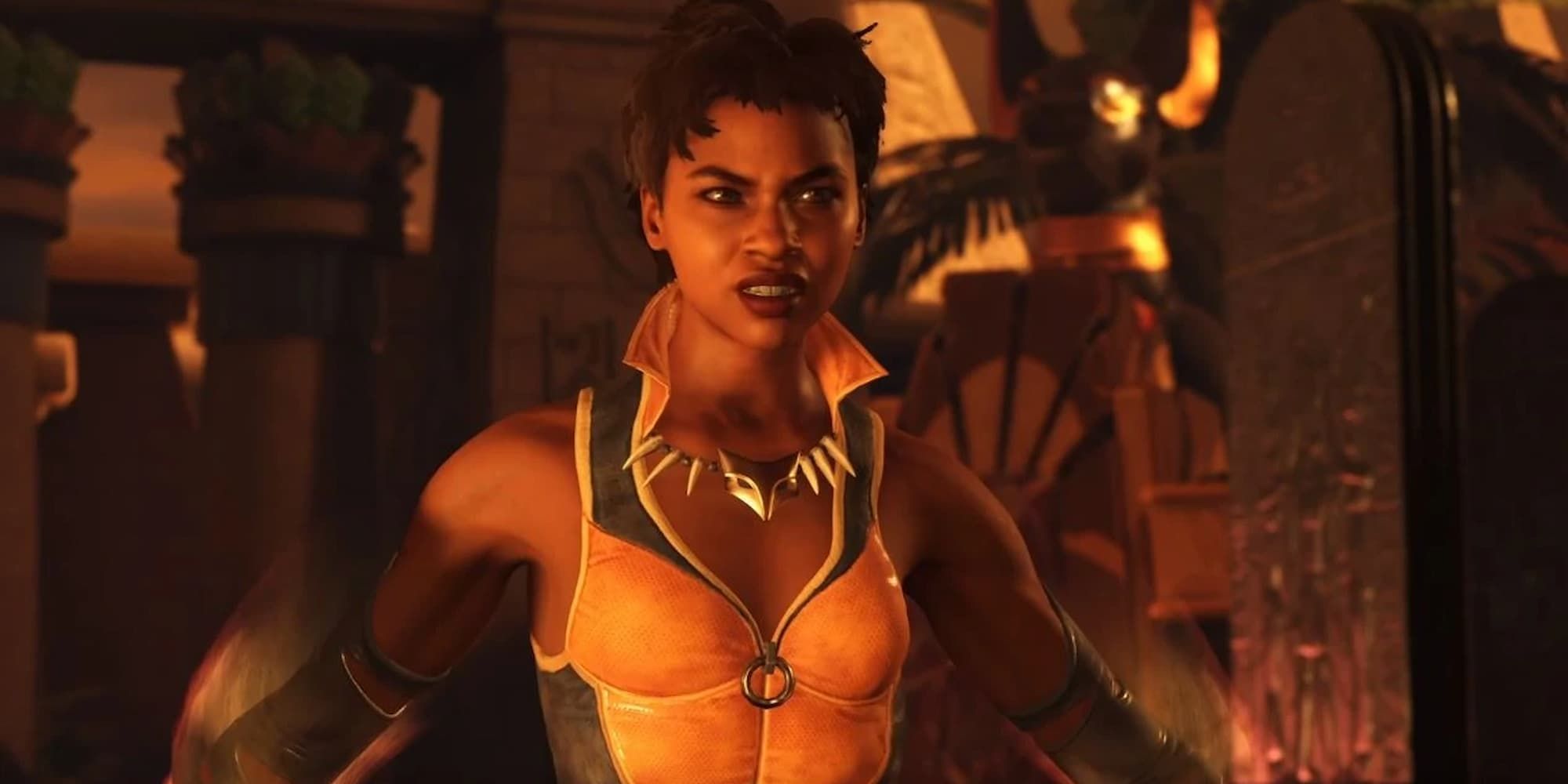 Cheetah's Premier Skin is that of Vixen, who uses the ancient Tantu Totem to call upon the powers of any animal. If she stays in her animal state for too long, she will become feral, therefore she has learned hand-to-hand combat to be effective when she needs a break.

Her fighting style is similar to that of Cheetah's. There is no change in stats or attack moves when using the skin. However, she does receive alternate voice lines, opening and victory scenes, and interactions with other characters. 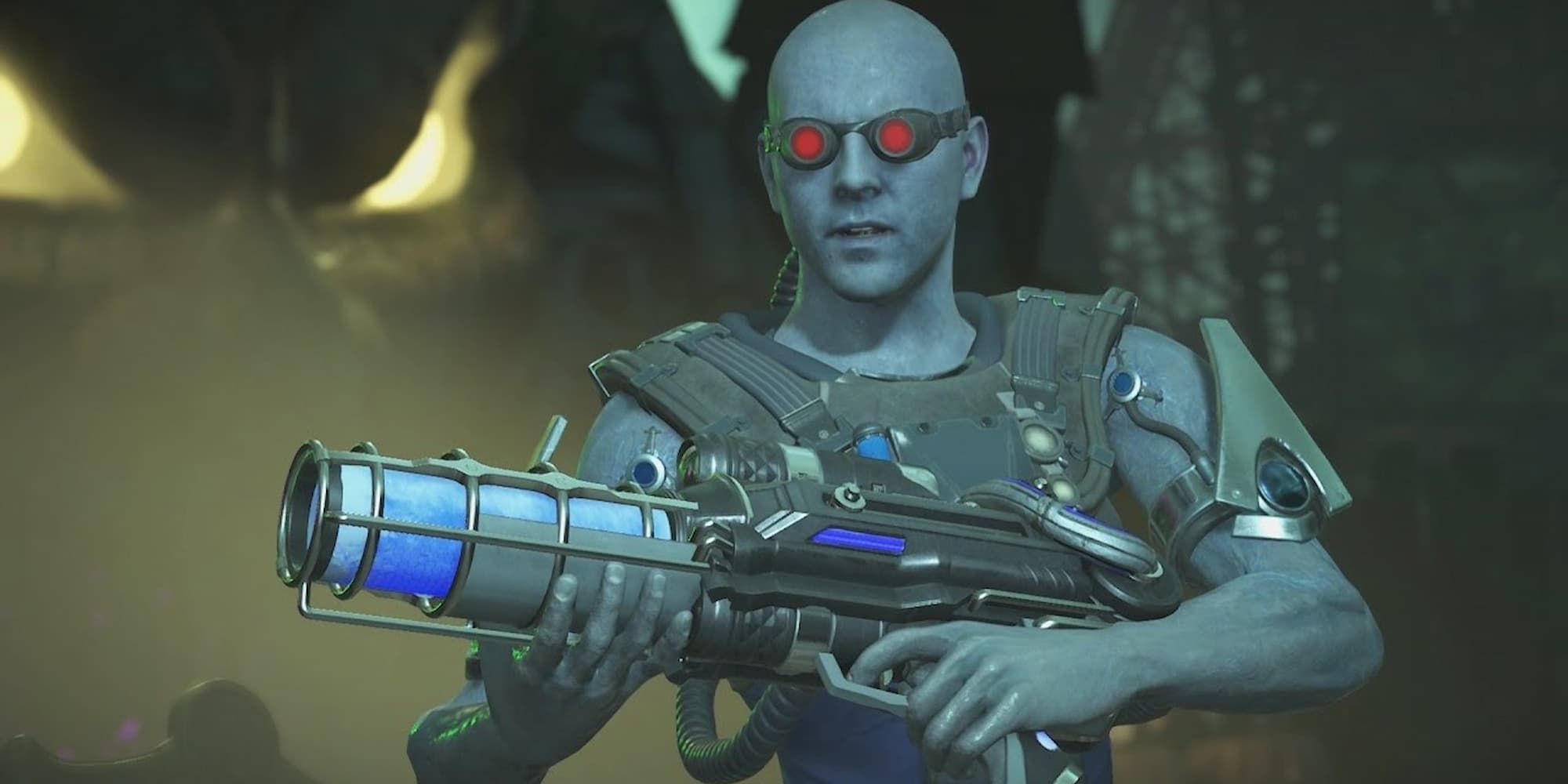 Captain Cold shares his character slot with Mr. Freeze. This Premier Skin brings the iconic Batman villain to Injustice 2. He constantly mentions how he is using his powers to cure his wife's terminal illness and does not view himself as a villain.

Nothing changes with the moveset between Captain Cold and Mr. Freeze. They both utilize a cold gun and can freeze opponents in place. Their Super Move is also the same, Absolute Zero. You'll find different discussions between Mr. Freeze and members of the Bat Family compared to Captain Cold's chats with them. 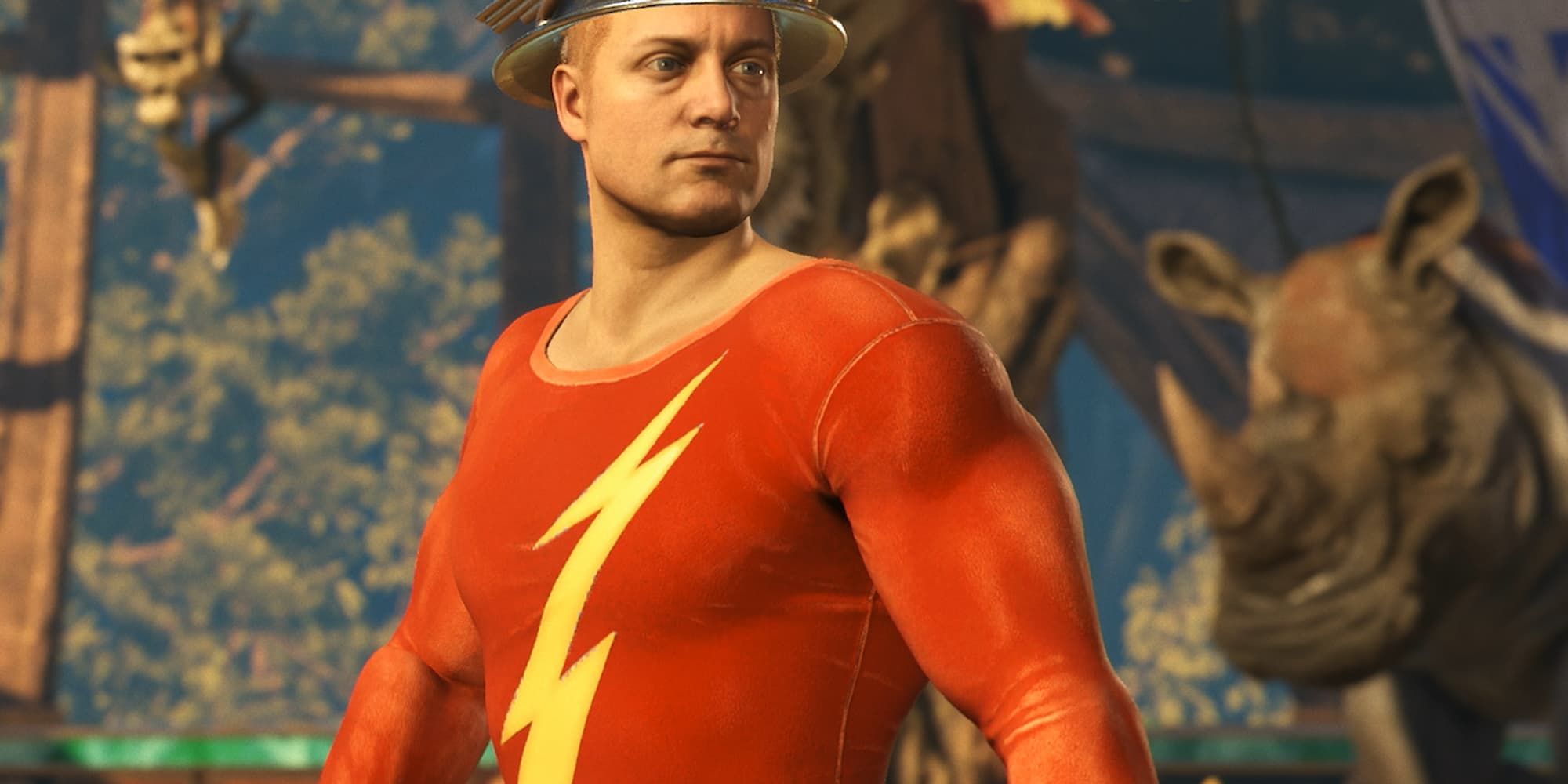 The man using the moniker of The Flash in Injustice 2 is Barry Allen. Using the Premier Skin strips the speed suit and replaces it with the unforgettable winged helmet of Jay Garrick, the original Flash. Jay Garrick was also an alternate skin for Barry Allen's The Flash in the first Injustice game.

Jay has many of the same powers and abilities as Barry Allen in Injustice 2. He is a bit slower than his counterpart, but not in the game though. 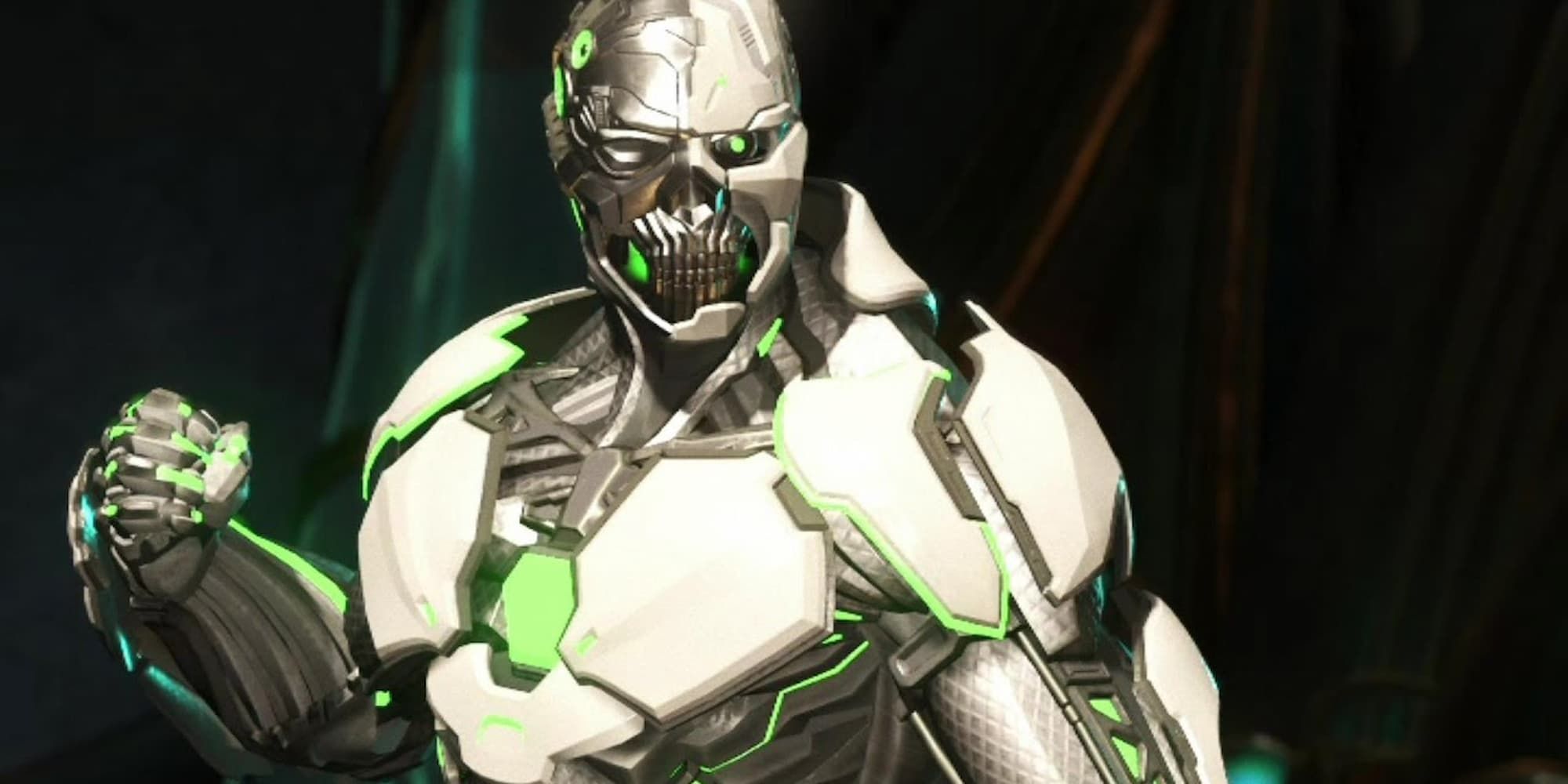 Grid is Cyborg's Premier Skin and is essentially the evil version of Victor Stone. Grid is artificial intelligence created by Cyborg that resided in his memory subsystems until he was set free by Brainiac, infected, and went rogue.

His goal is to evolve the universe past the need for humanity. Grid's appearance is nearly identical to Cyborg's, but the red highlights are green, and his face distinctly lacks any human features. Instead, Grid is all robot and looks terrifying. 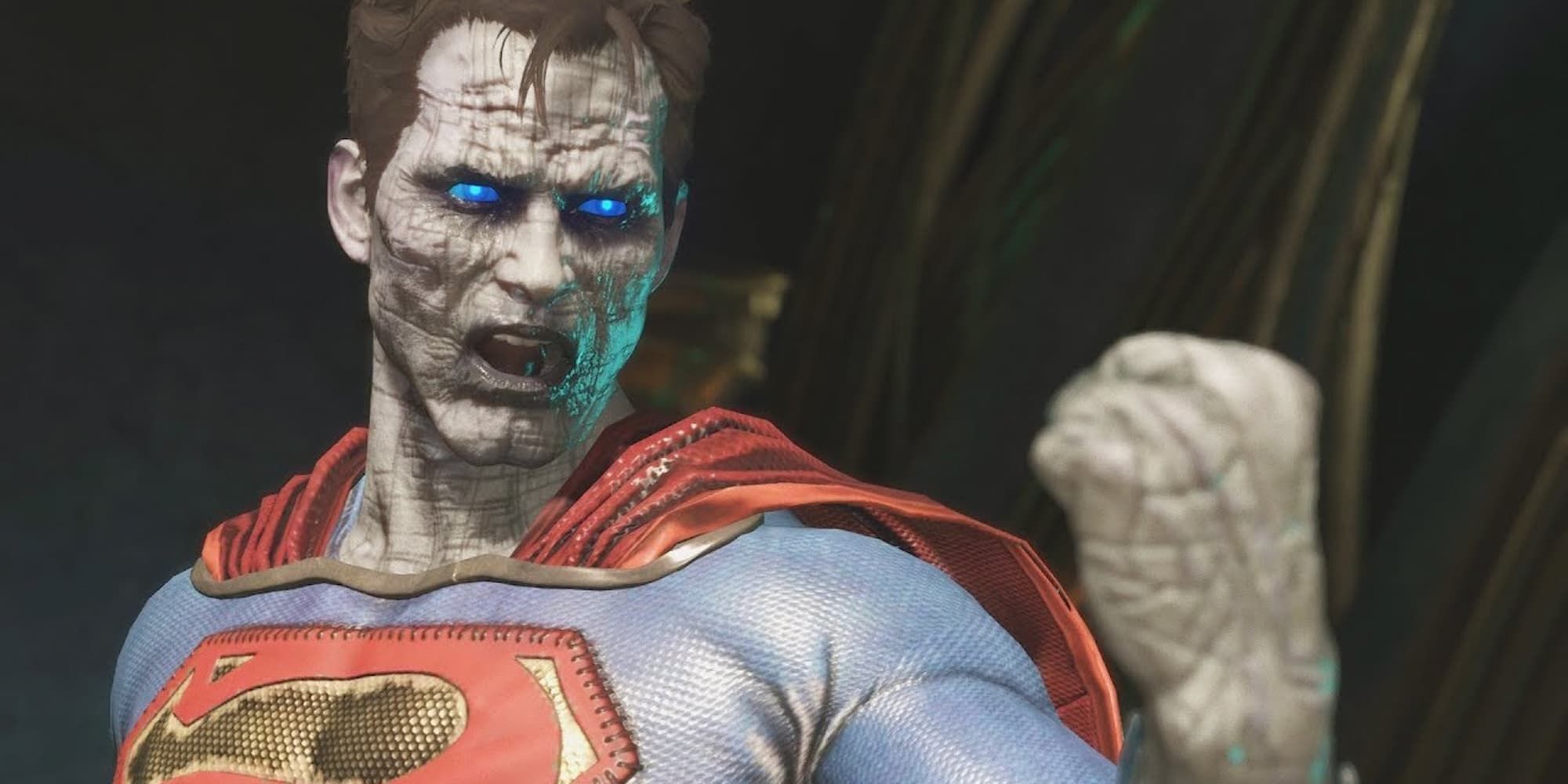 Lex Luthor's failed attempt at cloning Superman brought Bizarro to the world. Bizarro speaks in opposites, wears the famous 'S' on his chest backwards, and even took on the Kryptonian name El-Kal. He truly is a flipped version of Superman, from his actions to his looks.

This Premier Skin sees a change in attacks from its original character. Bizarro still has the moveset of Superman, but the outcomes of those moves differ. Some examples are instead of Freeze Breath, he has Fire Breath and instead of Heat Vision, he has Ice Vision. 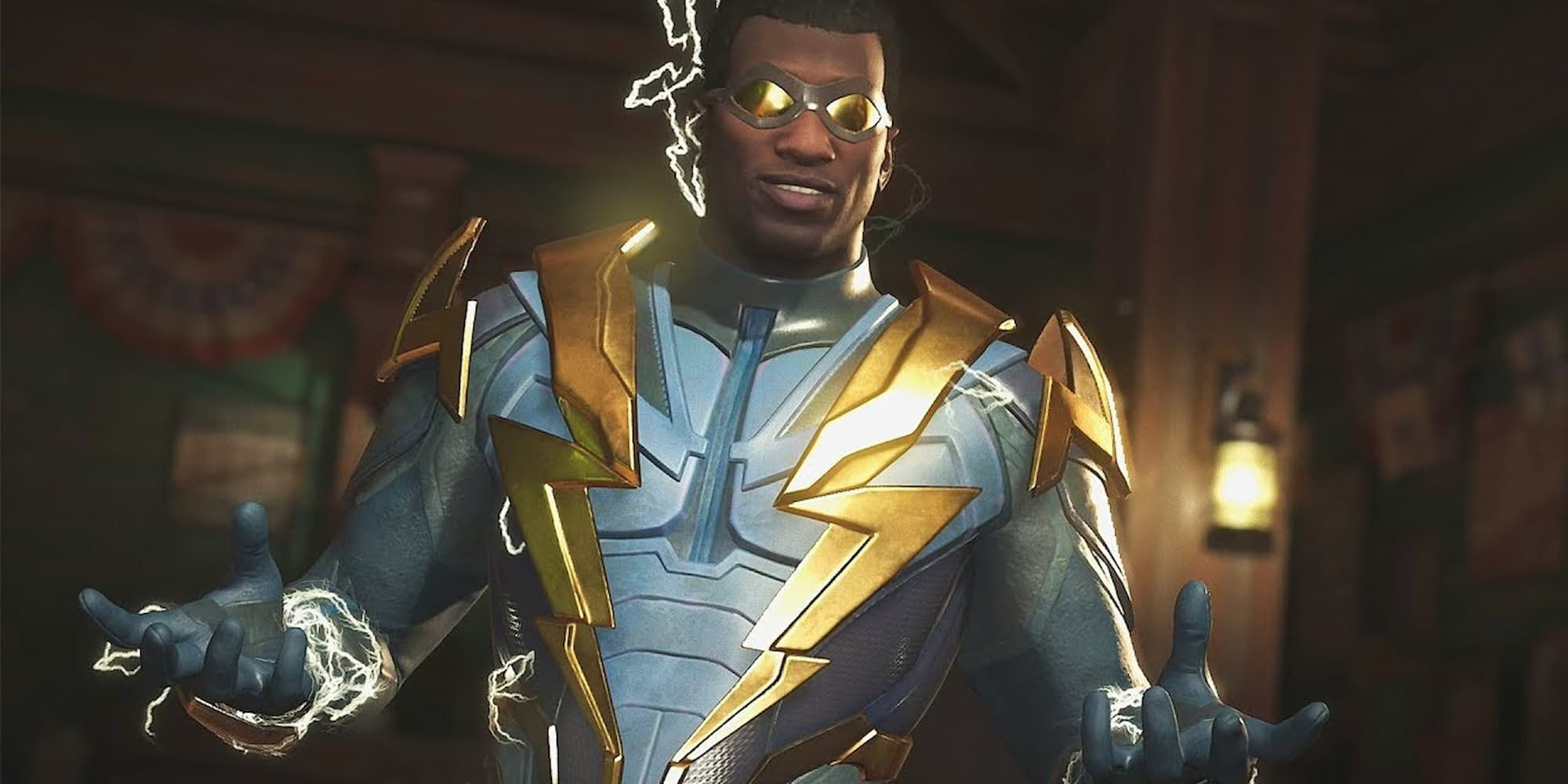 Black Lightning is the only Premier Skin not attached to a DC Comics hero or villain, used as an alternated for Mortal Kombat's Raiden. The Thunder God is available via Fighter Pack 2 in Injustice 2, making Black Lightning a guest character as well.

Black Lightning was a high school principal who decided to use his powers at the street level to stop neighborhood crime. The powers between Black Lightning and Raiden are similar, with the only difference being how Black Lightning's attacks are delivered. The Power Surge Super Move conjures a giant fist rather than Raiden's dragon. 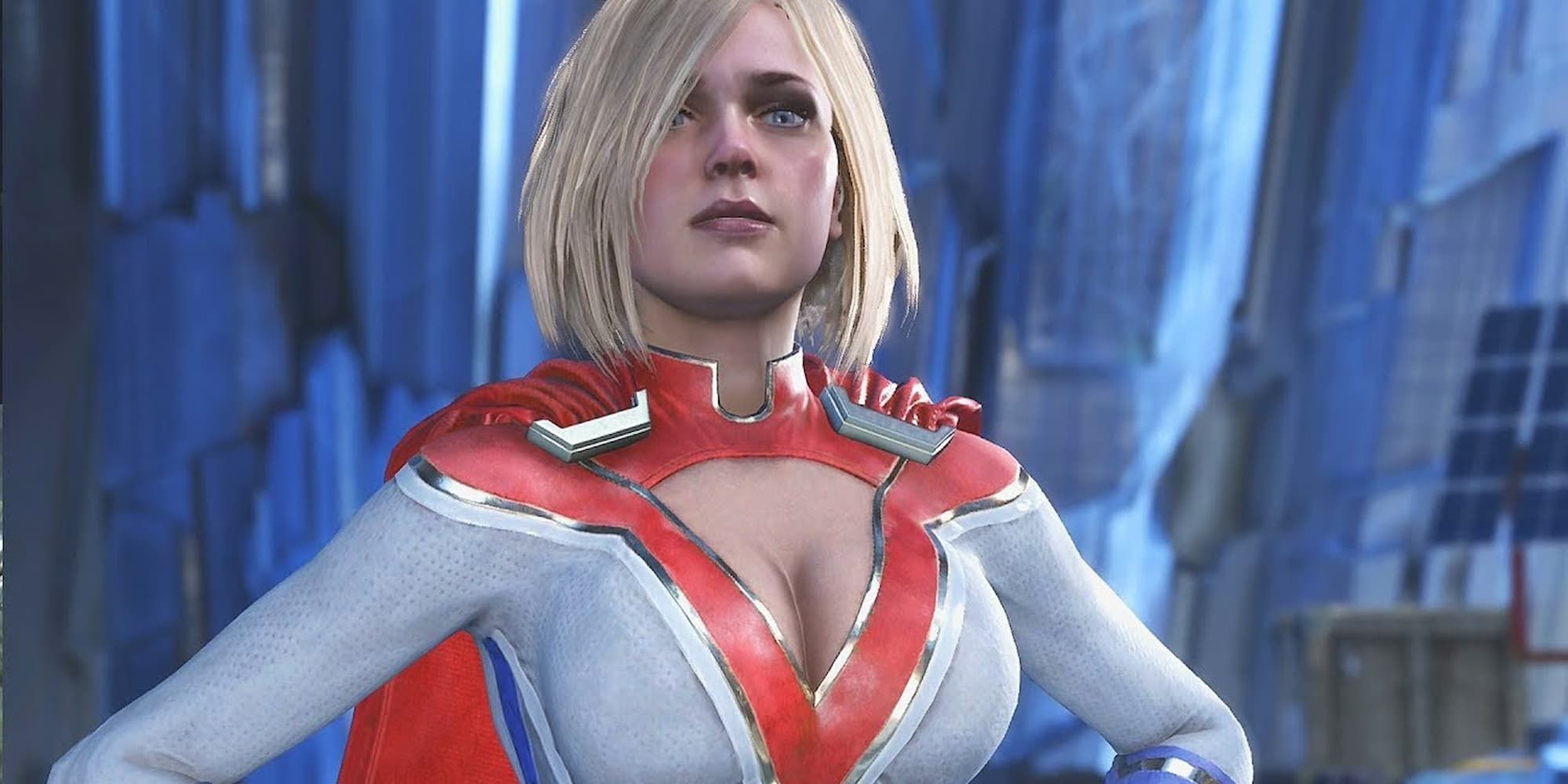 Kara Zor-El is Supergirl while Kara Zor-L is Power Girl. The latter is the Earth-2, alternate universe version of the same character. Both are the cousin of Superman in their respective universe and have the same Kryptonian abilities.

The change with the Premier Skin is purely cosmetic, but Injustice 2 does a wonderful job adapting the Power Girl costume. Truly, the only real differences between Supergirl and Power Girl are their names and their origin stories.

3/10 The Flash As Reverse Flash 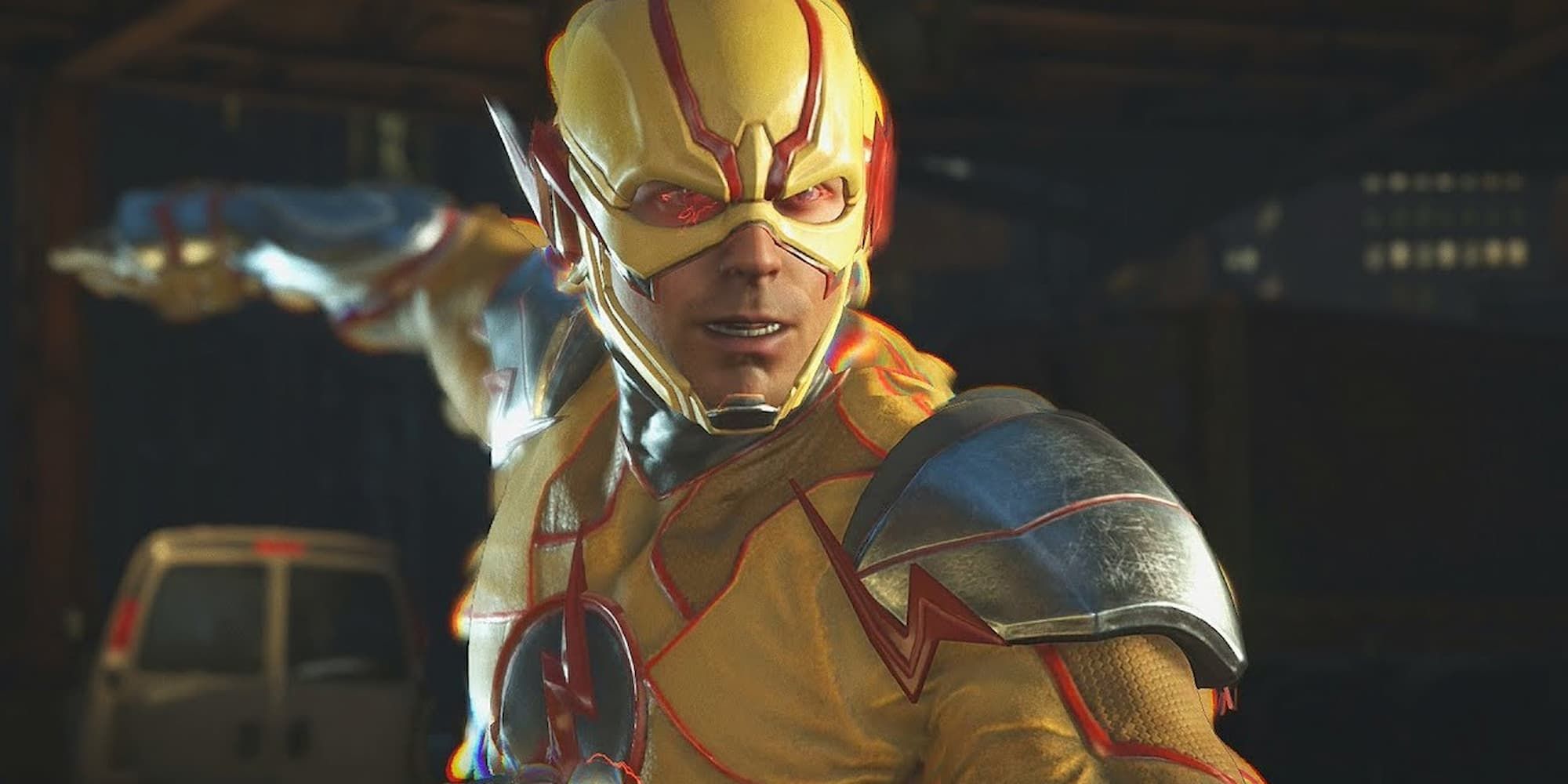 Eobard Thawne is the reason Barry Allen became The Flash. As the Reverse Flash, he went back in time to kill Barry's mother, setting off the timeline that would create The Flash. The entire Flash versus Reverse Flash saga is paradoxical from start to finish. It makes sense this villain is a Premier Skin for his arch nemesis.

Along with Grid, Reverse Flash is the only Premier Skin that appears in Injustice 2's story mode. He is a supporting antagonist that uses the same moveset as The Flash. The only change between the skins is that instead of Barry's yellow lightning, Reverse Flash exudes red lightning. 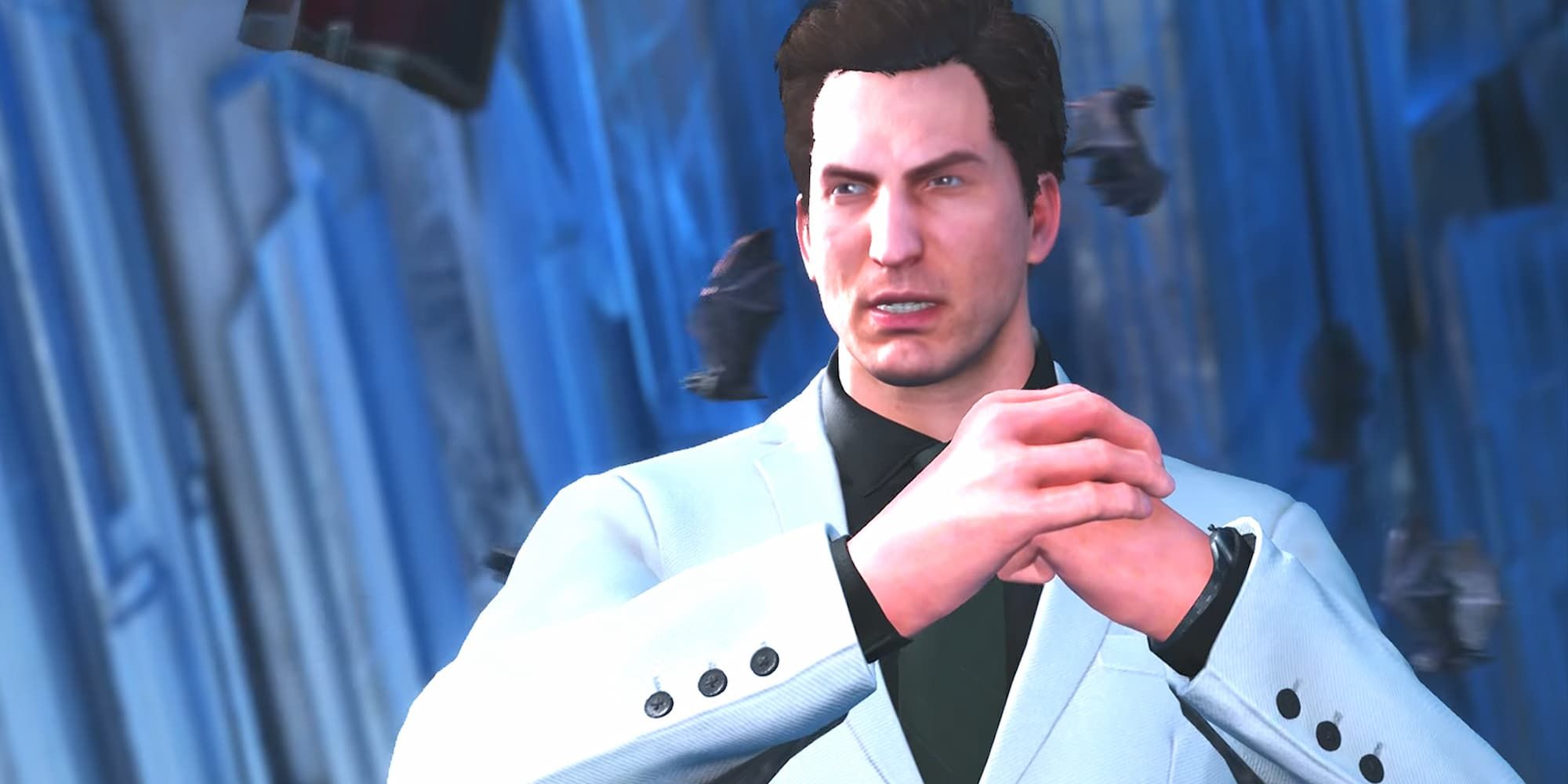 The community wasn't too fond of this being released as a Premier Skin, but there is no doubt it is one of the more fun options in Injustice 2. It takes the cape and cowl off of Batman and turns him into his billionaire secret identify of Bruce Wayne.

Batman is kind of the main protagonist in the story of both Injustice games and his switch to Bruce Wayne takes nothing away from him. He can still punch, kick, and slam his opponents just as he can under the guise of The Dark Knight. It makes you wonder where he's hiding all of those gadgets though. 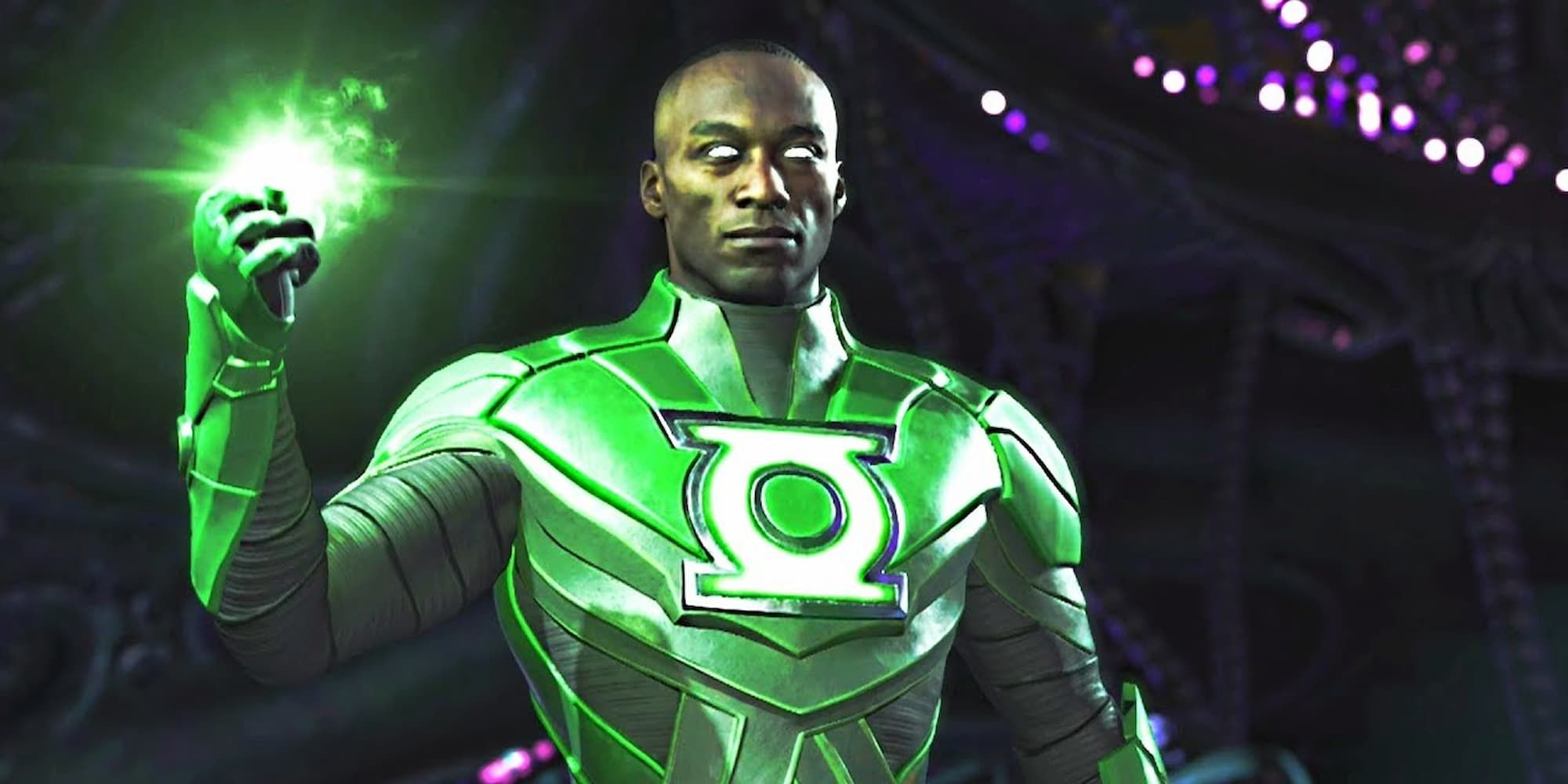 Hal Jordan is perhaps the most well-known Green Lantern, but John Stewart has caught up in popularity, mostly thanks to the Justice League animated series. That makes his Premier Skin one of the most popular ones to obtain in Injustice 2, as it adds another member of the Green Lantern Corps to the game.

The cosmetic change and personality change from Hal to John is evident in the opening interactions of a fight. As well, John Stewart has more effective striking attacks due to his time as a marine.