I recently finished playing through Gloomwood’s Early Access build and, while the game is far from finished, it has clear potential to be an all-time great immersive sim. The game’s most obvious inspiration is Thief, casting you as a character called The Outsider who must sneak out of prison and evade guards by managing the amount of sound you make and finding deep, dark shadows to hide in. Though Gloomwood draws heavily from Thief, it’s also quite obviously influenced by Resident Evil 4 in the way that it handles the management of another crucial element: your inventory.

In Gloomwood, The Outsider carries a briefcase where you can stash every object you find, a motley array of items spanning the functional, like bottles you can chuck to distract enemies, the valuable, like diamonds and coins, and the puzzling, like a severed head that was stashed in a walk-in freezer I found in the first level. The briefcase is composed of 24 squares, and while some items (like an individual bullet) only take up one square, most take up two or more. I got into the habit of nabbing every bottle I passed in case I got into a tight spot where I needed to make some noise. But, when you find something really valuable that takes up multiple spaces, like a shotgun or a health syringe, you have to start making some tough decisions.

This was a wonderful mechanic in Resident Evil 4 and it’s also wonderful here. I like the idea of encumbrance mechanics in RPGs like Skyrim and Cyberpunk 2077 — i.e. when you cram too much stuff in your inventory and then start moving at a snail’s pace until you drop some weight — because it forces you to think about your character as a physical being who must actively prepare for their quest and can only carry so much. But, encumbrance leaves a lot to be desired in the way that it’s executed. In an attempt to make me think about space and weight as realities I have to contend with, these games ask me to… fiddle around in a menu? 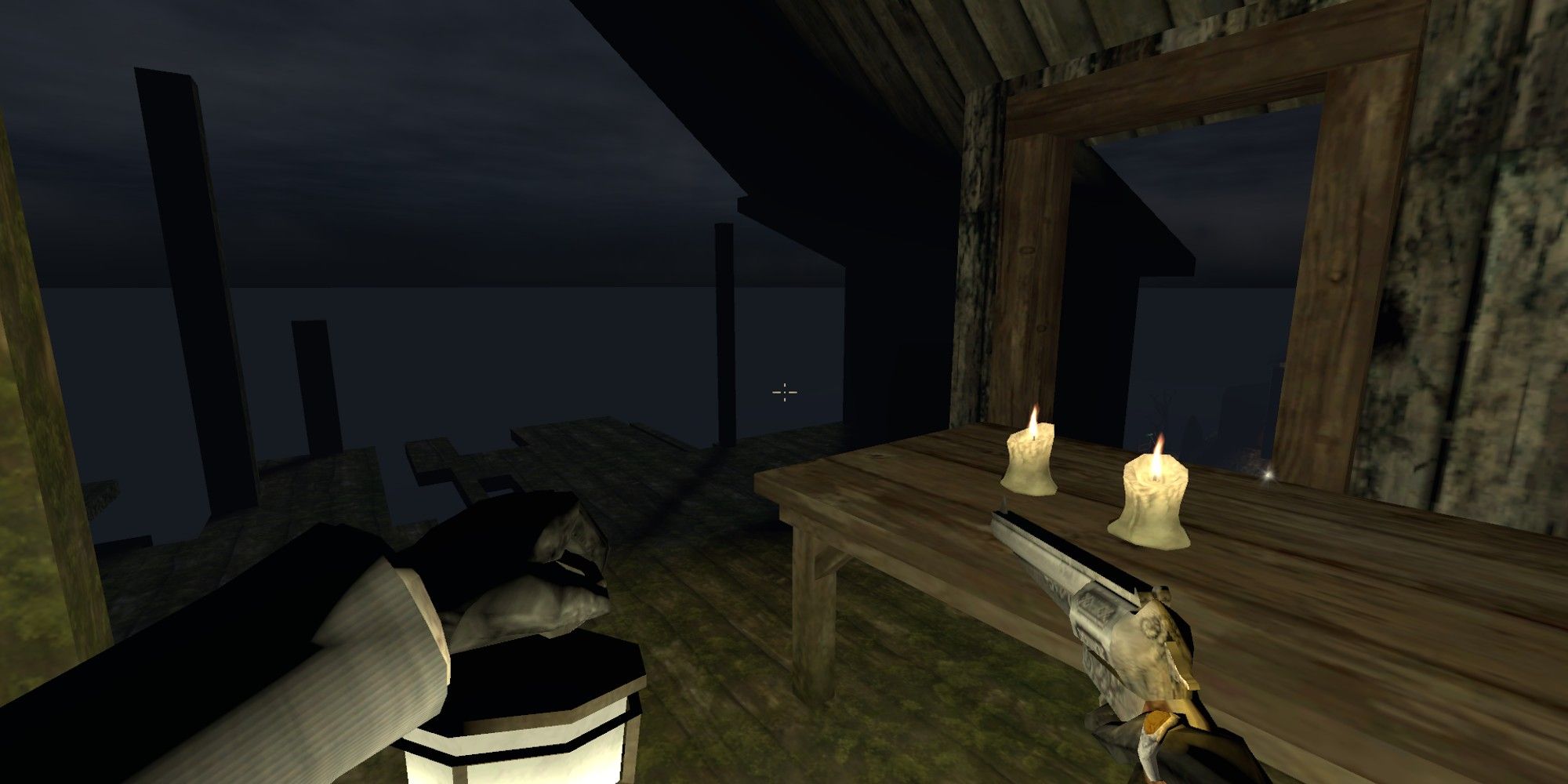 But, Gloomwood and Resident Evil 4 have a much better solution. By literalizing your inventory, they ask you to think of everything you carry with you as a physical object that takes up space. Sometimes, you just don’t have room to carry anything else, which pushes you to make tough choices about which items are really worth keeping. Sid Meier famously said that “A game is a series of interesting choices.” Gloomwood and Resident Evil 4 are good games because they’re able to make the uninteresting aspects of play, interesting.

Setting aside those philosophical reasons, this method of inventory management just feels good. In Resident Evil 4, when you finally find a green herb after carrying around a red herb for a long time, you can combine them together and, suddenly, have a useful item where there was a useless item before, and in the same amount of space. In Gloomwood, it’s always satisfying when you’re trying to clear up some room, realize that your gun is empty, and move the ammo on top of the gun, refilling it instantly and clearing the squares taken up by the ammo box. This kind of inventory system gets called “inventory Tetris” sometimes and that really feels apt in moments like this when, through smart spacial management, you can make an obstruction disappear in a flash.

While most games make inventory management as streamlined and easy as possible, I respect games like Gloomwood and Resident Evil 4 which seem to say, “If we’re going to include it in the game, it should be fun not just functional.” It’s a high standard to aspire to.