On your quest to reunite the five floating islands of Islets, you'll need to fly between each island, fighting monsters and activating magnetic cores to bring them together once more. Playing as Iko the mouse, throughout your journey you will have plenty of chances to upgrade not just Iko, but also his ship.

Taking you from island to island is your trusty ship. While it may be simple at first, you'll be able to upgrade it to shoot and even teleport. Each upgrade at the shop will cost more upgrade parts. Although there's only a limited number of upgrades you can use, any extra ones you find will grant you some in game currency which can be more than useful.

Collecting Both Upgrades On Northstable Island 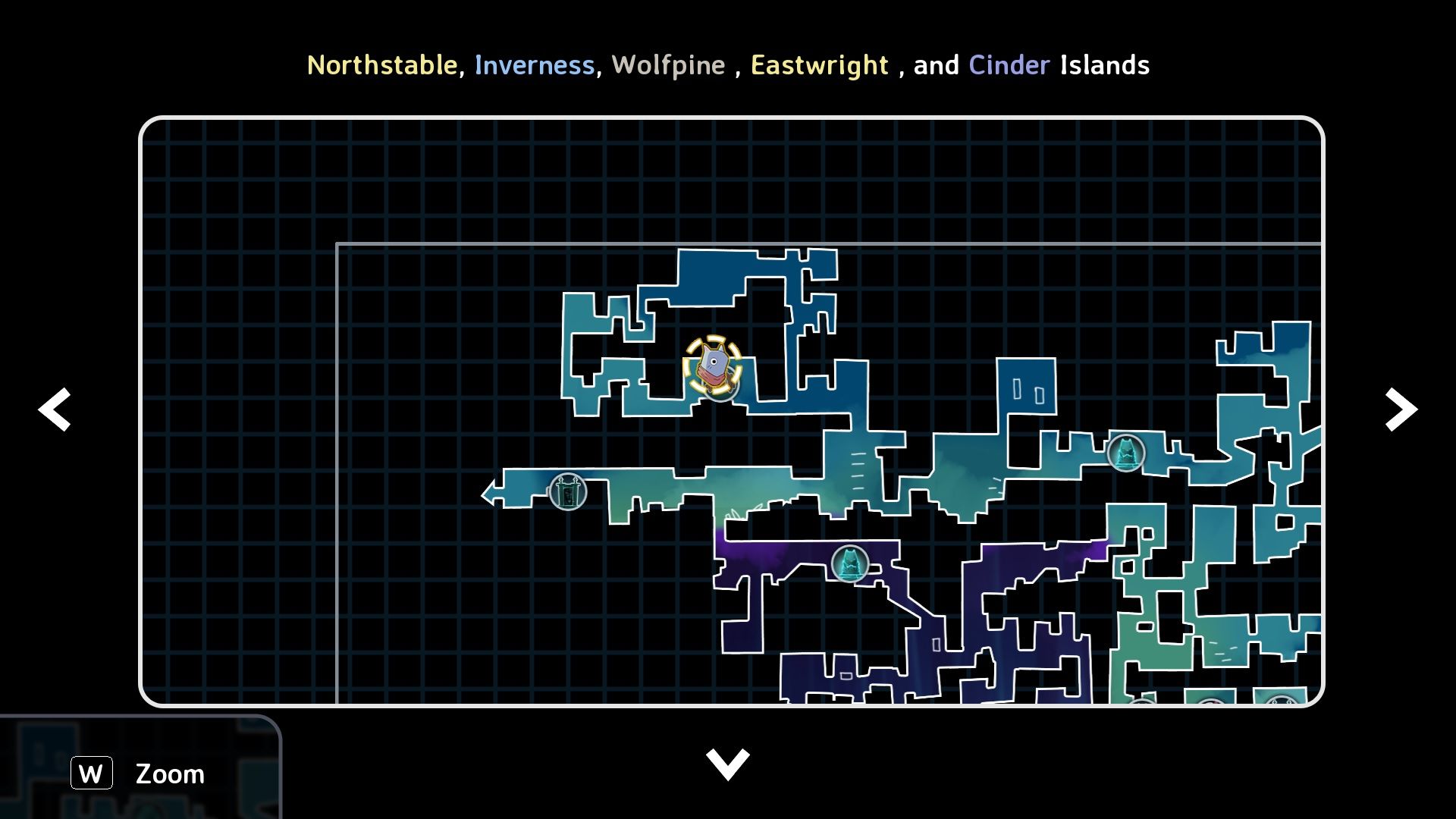 The very first ship upgrade on Northstable Island is close to where Iko first lands in the game. To obtain the first upgrade you will need to have obtained the cloud arrow ability throughout your journey. Shortly ahead of the landing zone, there is a ladder of wooden planks, jump above and create a cloud platform to your left.

You will now be able to jump up to the room above. It's a large area with two keys that you'll need to collect to unlock the ship upgrade. Once you've collected both keys, you can grab the upgrade and head forwards to the next upgrade on the island. 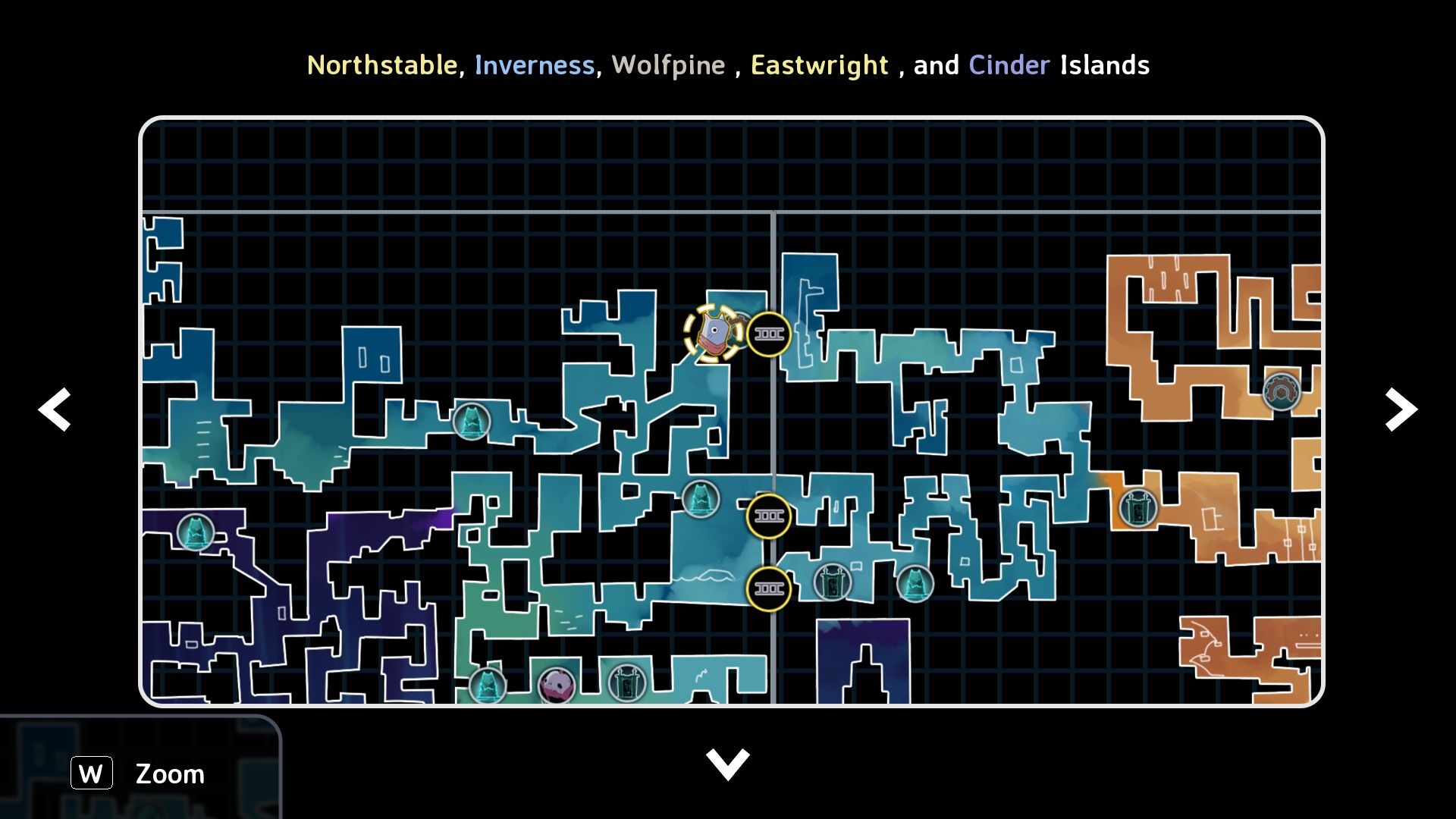 As you will now have two ship upgrades, this also means you'll be able to return to the shop and grab the first upgrade.

Finding Both Upgrades On Inverness Island 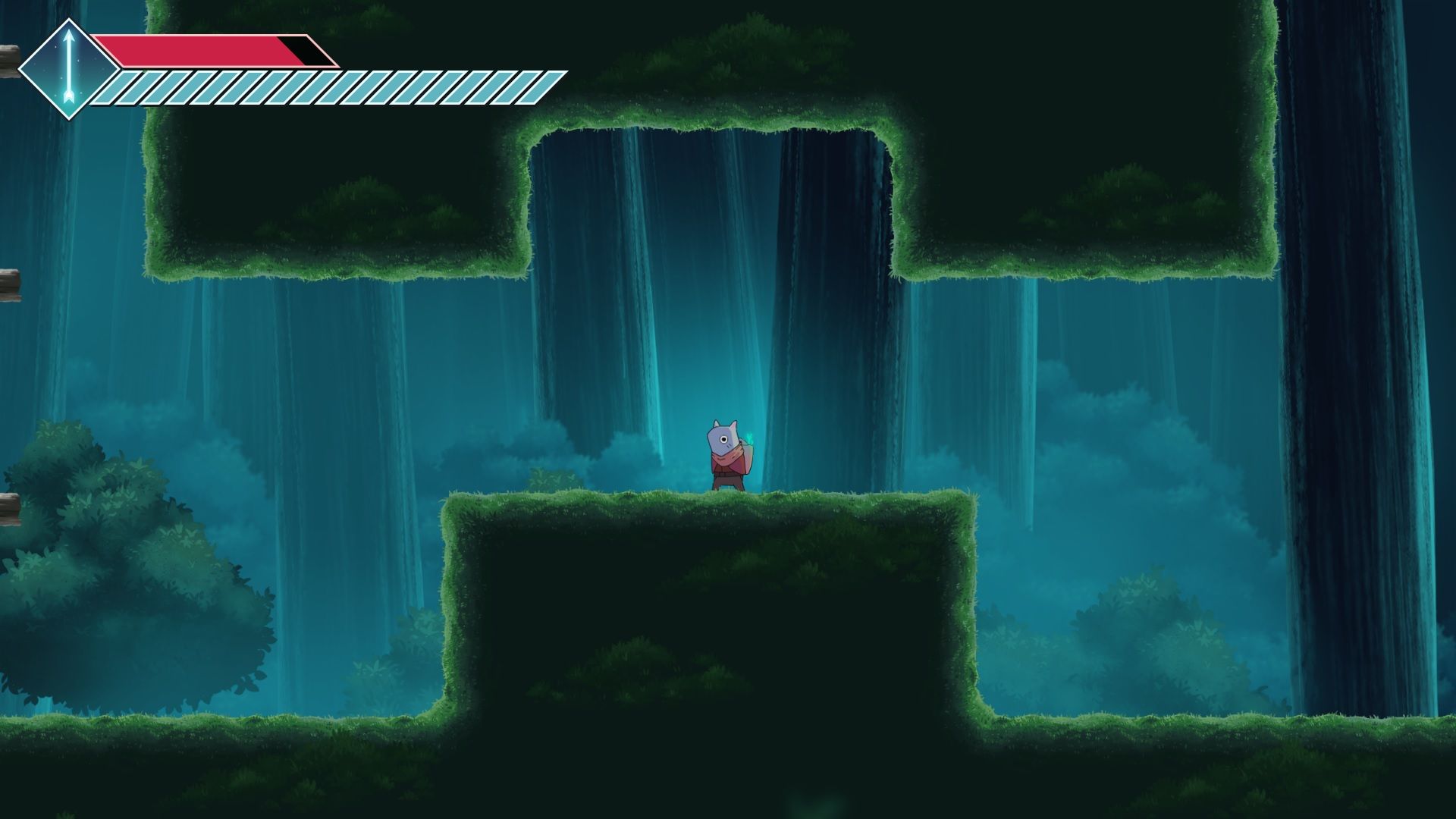 The very next Island you visit also happens to have two findable upgrade parts for your ship. Making this task even easier is that they're both located in the north-east part of the island.

On the west side of the Island, you'll see an enclave on a map with only one way in or out, this is where the first upgrade can be found. While there isn't anything strong standing in your way, there are multiple enemies to fight en-route so make sure to be careful making your way. 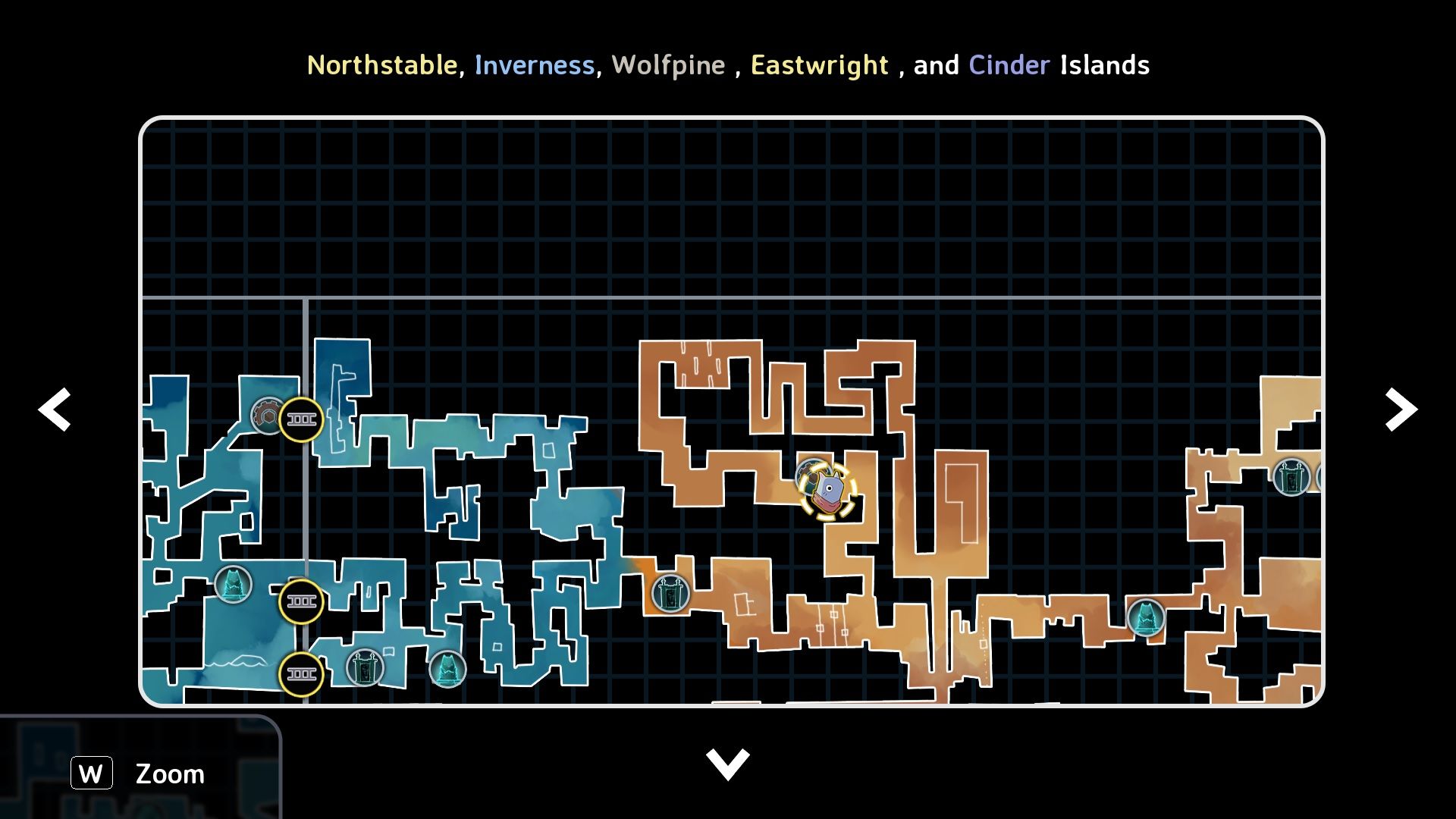 The second upgrade found on the Island is sadly not as easy to obtain as the first, as it requires you to battle your way through a long stream of enemies. At the very north of the Island there is a looped system you need to navigate your way around, you can only enter from the right side as there is a block only breakable from one direction stopping you from jumping straight to the exit.

There isn't a save point mid-way so be careful not to lose too much health battling your way through, once you have cleared the path you can collect your second ship upgrade from the Island! As you already have the first upgrade however, these two parts aren't enough to unlock the next upgrade, which will require three ship parts and a propellor.

Getting The Upgrade And Propellor From Wolfpine Island 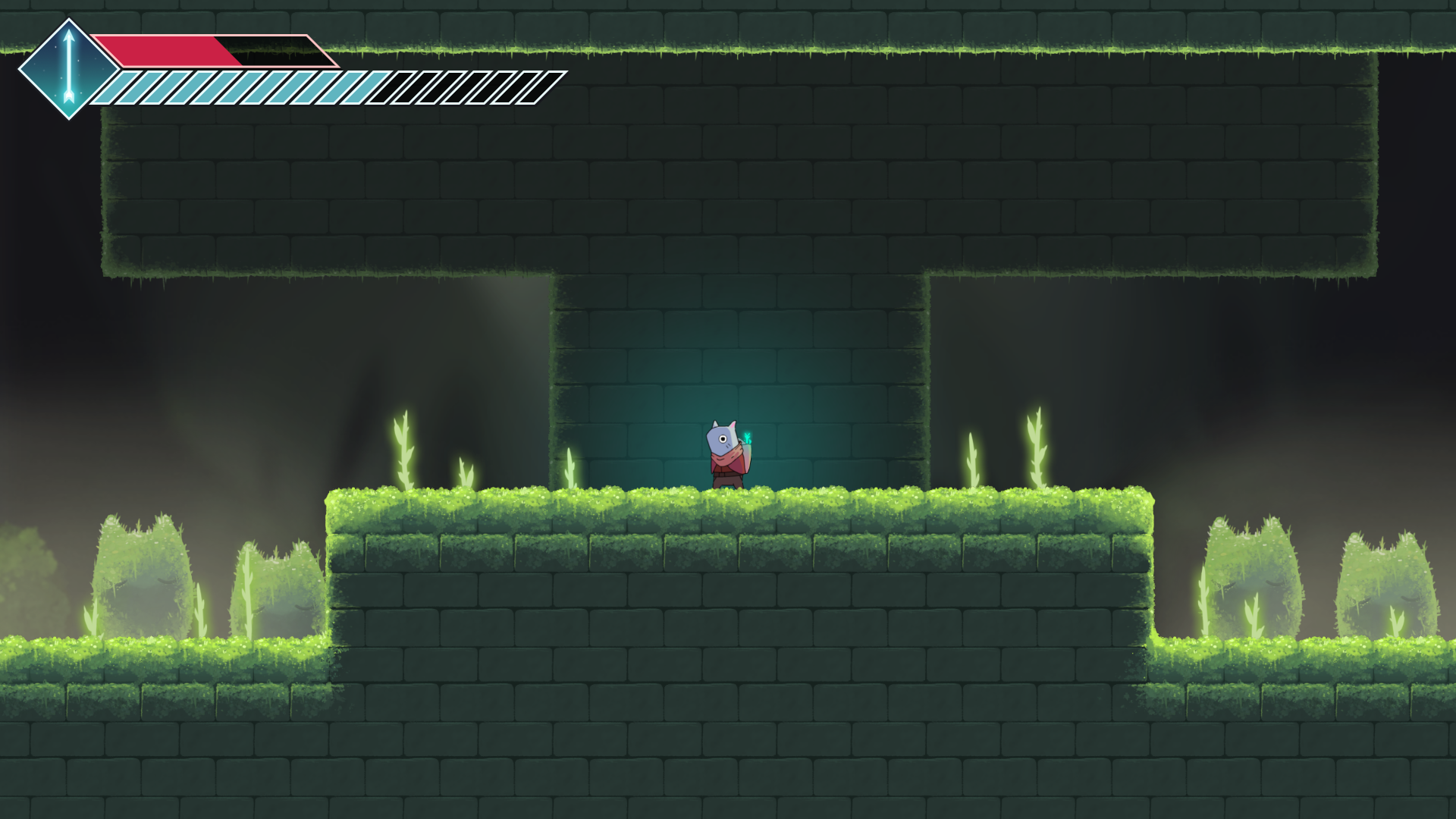 Breaking the trend of the previous two Islands, Wolfpine has only one upgrade to collect but also the ship propellor which is needed for the next upgrade, variety! The ship upgrade can be found in the North East of the Island, there is a small-looped enclave, you'll need to battle your way around the loop, defeating a minor boss along the way. Once you have completed the circuit, you'll find a room with your ship upgrade and shortly ahead a lever, allowing you get back on your adventure quicker.

The Propellor, however isn't quite as easy to obtain, at the center of Wolfpine Island, there is a battle with The Stone Witch. You must defeat this boss in order to gain access to the propellor, but this isn't like the minor boss fought before, depending on the difficulty you're playing this can be quite a challenge. 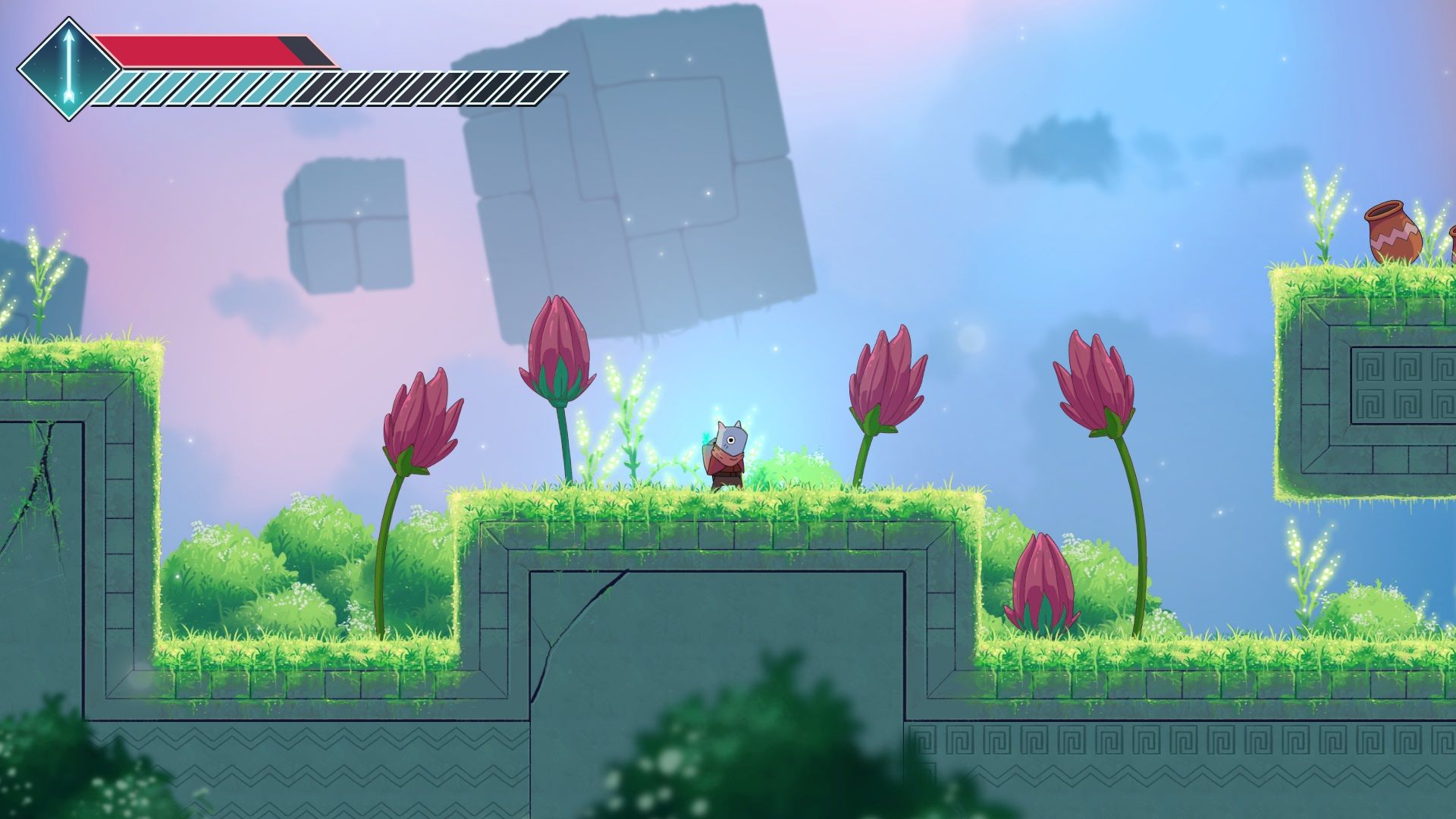 While there is only one upgrade on Eastwright Island, it does require you to have the climb ability. If you land on the Inverness Island Dock to the East of the Island, just left of the teleport there is a small gap for you to climb up. Heading up here after you've joined Eastwright Island to Inverness will allow you to enter a secret part of the former.

Once you've entered from this direction, you'll once again have to battle your way around a loop of enemies, however this time you'll also have to solve 4 separate key puzzles to make your way around. Once you've solved the puzzles and defeated the enemies, you can collect your final ship upgrade and finally finish your quest to re-unite the Islands together again.

With more upgrades than you eventually need, you're set to make a profit on the ones you don't need for sure. As more and more of the world becomes unlocked to you and your improved flying machine, you're able to finally complete your mission and be the hero no one thought you would be.