In as many ways as there are Nordic realms, God of War Ragnarok is about growth. It's a significantly larger game than God of War (2018), with hours more required to complete the critical path and more side quests to find when you decide to wander off it. It's a game in which Kratos grows as a person, gaining some emotional intelligence and compassion after the events of 2018's reboot. That growth has been motivated by his need to listen to Atreus, who has grown from a boy — and is, fittingly, no longer addressed as such — into a young man who is leading his friends and driving much of the game's action along.

Though Atreus is a few years older in this game, Sony Santa Monica didn't recast the role. They didn't need to because, as the game took four years to complete, child actor Sunny Suljic has aged alongside Atreus. Now 17, his voice is significantly deeper, which you might not notice until the game throws a flashback to God of War's events at you at a key moment. It's rare to see a video game actor grow up on screen. In fact, Suljic is the only example I can think of.

This happens often in movies. As a kid, I watched Daniel Radcliffe, Emma Watson, and Rupert Grint grow up one year at a time, starting as children in The Sorcerer’s Stone and growing into adults by Deathly Hallows Part 2. If those movies retain any emotional resonance now, on the other side of their author's descent into TERFdom, it's as windows into the coming-of-age of three gifted actors. 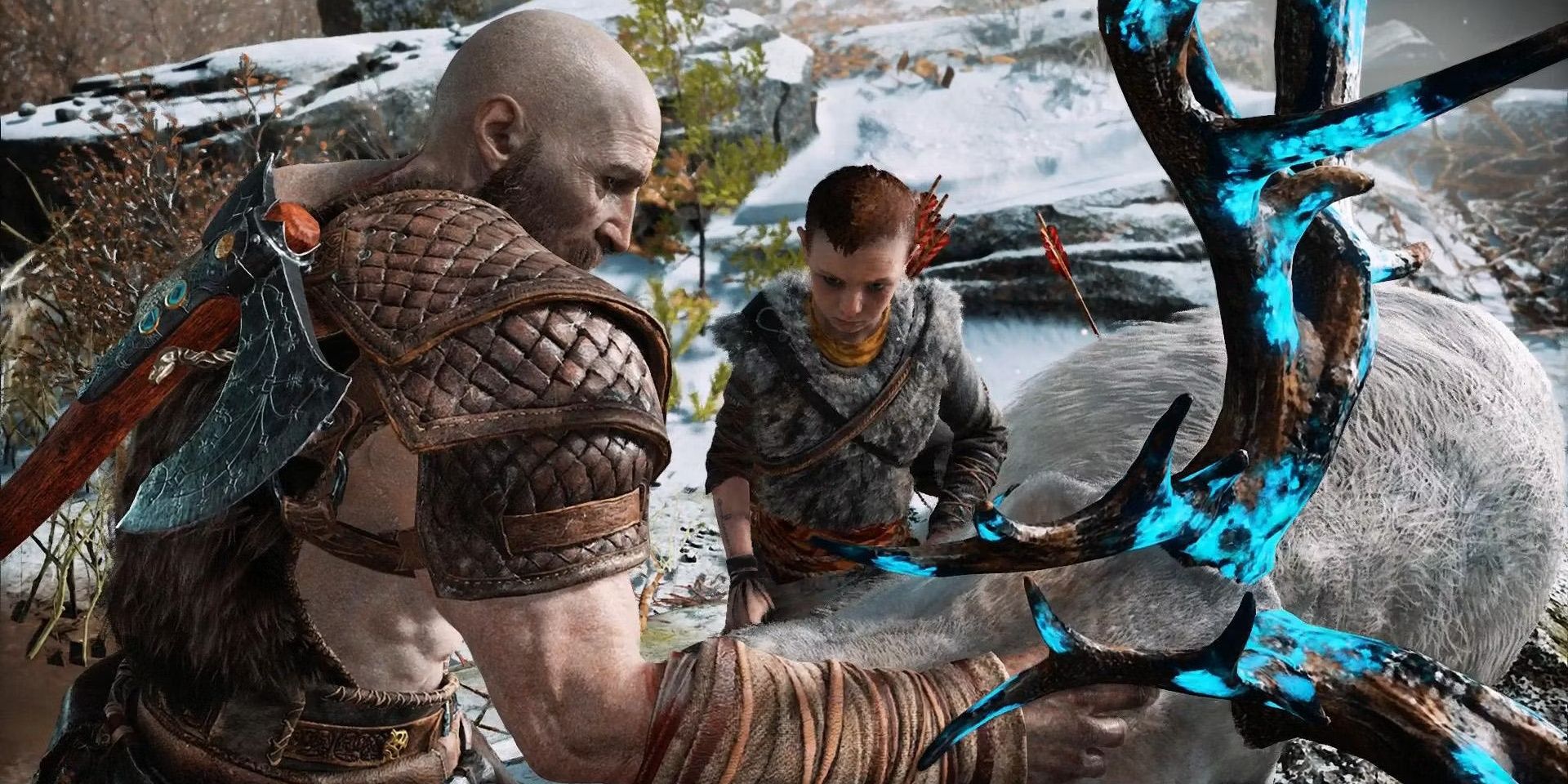 The same process has happened recently as the Stranger Things kids have aged up from children into adults. Millie Bobby Brown was 11 when filming began on the first season, and now she's an adult. It's the same journey that child actors have gone on for, basically, as long as TV has existed. As a kid growing up in the 2000s, I saw Miley Cyrus, Shia LaBeouf, and Raven Symone age into adulthood. Older generations had Drew Barrymore, younger generations had Selena Gomez.

But, this experience is fairly unique in games. Though Ellie grows up across the two The Last of Us games, the actress behind the performance, Ashley Johnson, has been an adult since she started playing the role (though Johnson, coincidentally, is a former child star). Raz, the child hero of the Psychonauts series, has similarly been played by an adult in both games. This is a big part of why it's uncommon to see this phenomenon in games: the actor doesn't need to be in front of the camera, so anyone, provided they can convincingly voice act as a kid, can play these roles.

That has changed some as motion capture work has increasingly become an integral part of the process of making these games. Ashley Johnson is 5'4", which is a pretty common height for a teenage girl, so it works for her to play Ellie. But, Atreus is even younger and smaller than that in the first God of War. To believably capture the performances of everyone around him — i.e. eyelines, body language — he also needs to be that height. There are other options. The part could also be split in two, with one an adult actor performing the voice as a child actor or short adult handles the movement. But, however developers decided to handle it, it isn't as simple as getting an adult actor in a VO booth.

Motion capture complicates things. So, while Sunny Suljic is one of the first actors to grow up playing a virtual character in an interactive medium, he almost certainly won't be the last.