Despite the overwhelming success of Sonic the Hedgehog 2, Jim Carrey may not be reprising his role as Dr. Robotnik in the future – or any role, for that matter. Carrey casually announced his retirement to Access Hollywood last week, and while Sonic producers Neal H. Moritz and Toby Ascher are confident they’ll be able to pull Carrey back in for a threequel, it’s worth considering what the future of the Sonicverse looks like without The Blue Blur’s archnemesis. It’s hard to imagine Sonic without Eggman, but the sequel’s post-credit scene opens up an interesting opportunity to replace Carrey’s Robotnik with another – perhaps only other – beloved Sonic villain.

Carrey could very well be playing hard to get, but there’s still a real possibility that the Sonicverse will need to move on without Robotnik sooner than expected. Sonic isn’t exactly known for his rogue’s gallery, so losing Eggman could stall the Sonicverse before it even has a chance to begin. Nobody’s clamoring to see Chaos, The Deadly Six, or Mephiles on the big screen anytime soon, and even Sonic’s number two rival, Metal Sonic, is only a minion of Robotnik. Sonicverse producers have assured us Eggman will not be recast if Carrey does indeed retire, but how can the series possibly go on without Eggman?

The post-credit scene at the end of Sonic 2 introduces Sonic’s greatest frenemy Shadow, who will undoubtedly serve as an antagonist in Sonic the Hedgehog 3 – at least until the two hedgehogs resolve their differences and team-up. The scene reveals that Shadow was discovered in a secret research facility dating back 50 years, which suggests that this version of Shadow has a similar, if not identical backstory to the video game version. In Sonic Adventure 2, we learn that Shadow was created by Eggman’s grandfather, Gerald Robotnik, while searching for the key to immortality. Eggman and Gerald are so similar that it isn’t hard to imagine Paramount simply swapping the characters out and continuing on with a new, slightly different Eggman.

One of the strengths of the Sonic film series is how well it has managed to take liberties with the canon without betraying the fans. Longclaw has no history in the Sonic games whatsoever, but still manages to fit into the story without feeling out of place. Similarly, Gerald Robotnik’s story would need a major adjustment in order to bring him to the present, but given his interest in immortality, it’s easy to see how Grandpa Eggman could turn up Green Hills, Montana, alive and well. 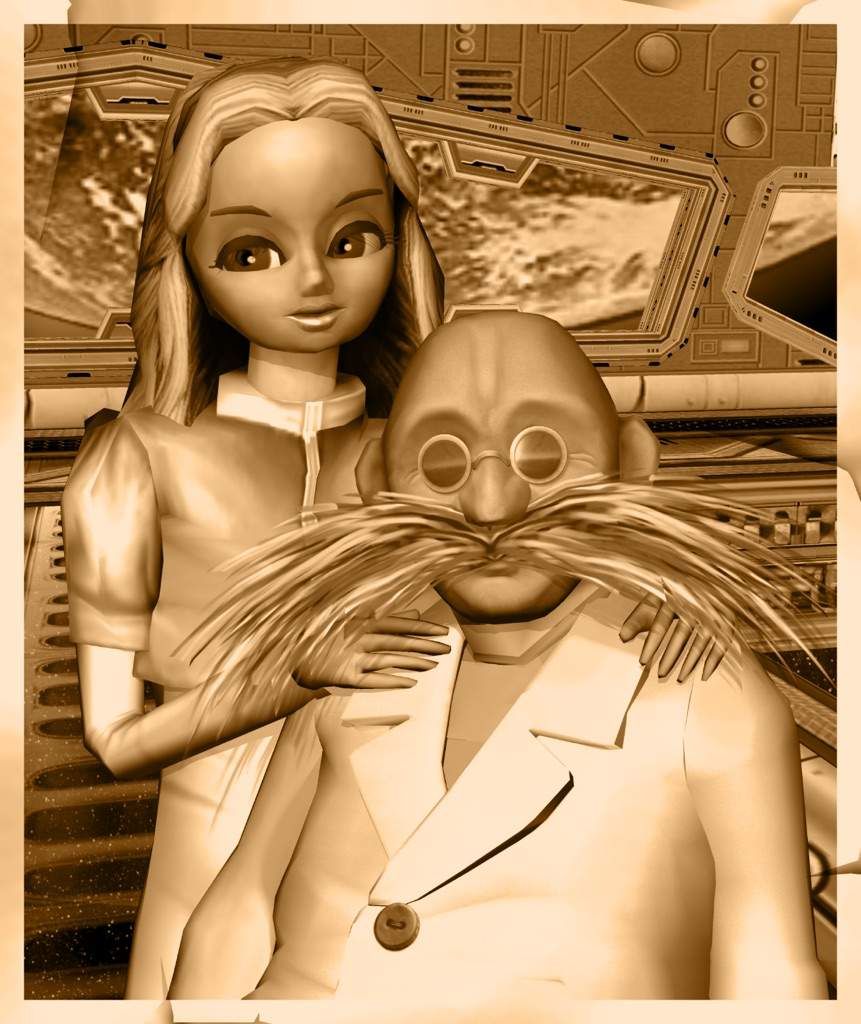 Maybe Eggman never knew his grandfather was still alive, or perhaps through some time travel invention Gerald is able to switch places with his grandson. In any event, bringing Gerald to the present is trivial, the real challenge would be filling Carrey’s sizable shoes. Fortunately, Gerald is a very different kind of Eggman.

The wacky, coffee-loving Eggman will always belong to Carrey, and there’s no use ever trying to replicate his performance. Instead, Gerald Robotnik would need to be a darker, more ruthless antagonist. After failing to save his granddaughter Maria, Gerald became reclusive and nihilistic. The weapons he had once created to defend Earth became his tools to destroy it. Unlike his ego-driven grandson who sought to rule the world, Gerald cared only about punishing it.

No one can fill Carrey’s shoes, but a more villainous take on Eggman could work – especially as Sonic and his friends mature and discover the power they control through the Chaos Emeralds. A renowned character actor like Willem Dafoe or James Spader could embody the more ruthless Robotnik and give Sonic Team a worthwhile villain to fight while maintaining the connection to the games that has made the film series so successful. We all want to see Carrey’s Eggman again, but at least there’s a solid alternative for the future of the Sonicverse.