Jurassic World Evolution 2 is evolving once more with the Dominion Biosyn Expansion. The DLC features two new campaigns and a Chaos Theory scenario, all revolving around the narrative of Jurassic World Dominion. You’ll take control of Biosyn Genetics and play out their fate in this lengthy expansion featuring a number of the movie’s stars.

While the early campaign runs parallel to Jurassic World Dominion’s storyline, seeing you set up the isolated Biosyn sanctuary and research centre we see in the movie, the later campaign content includes massive spoilers, so be warned. This review won’t contain spoilers itself, but touching on some plot points is unavoidable when the DLC follows the movie so closely.

The expansion feels like a natural extension of the core game and slots in seamlessly. Dominion Biosyn’s two campaign levels are separate from the originals, labelled as the DFW Campaign, but the format is the same. You build a dinosaur sanctuary and create a safe environment for dinosaurs to thrive in while scientists study them. The main difference here is that you have a new location and buildings, as well as access to the hyperloop, an underground system of trains in Biosyn that you see in the movie. 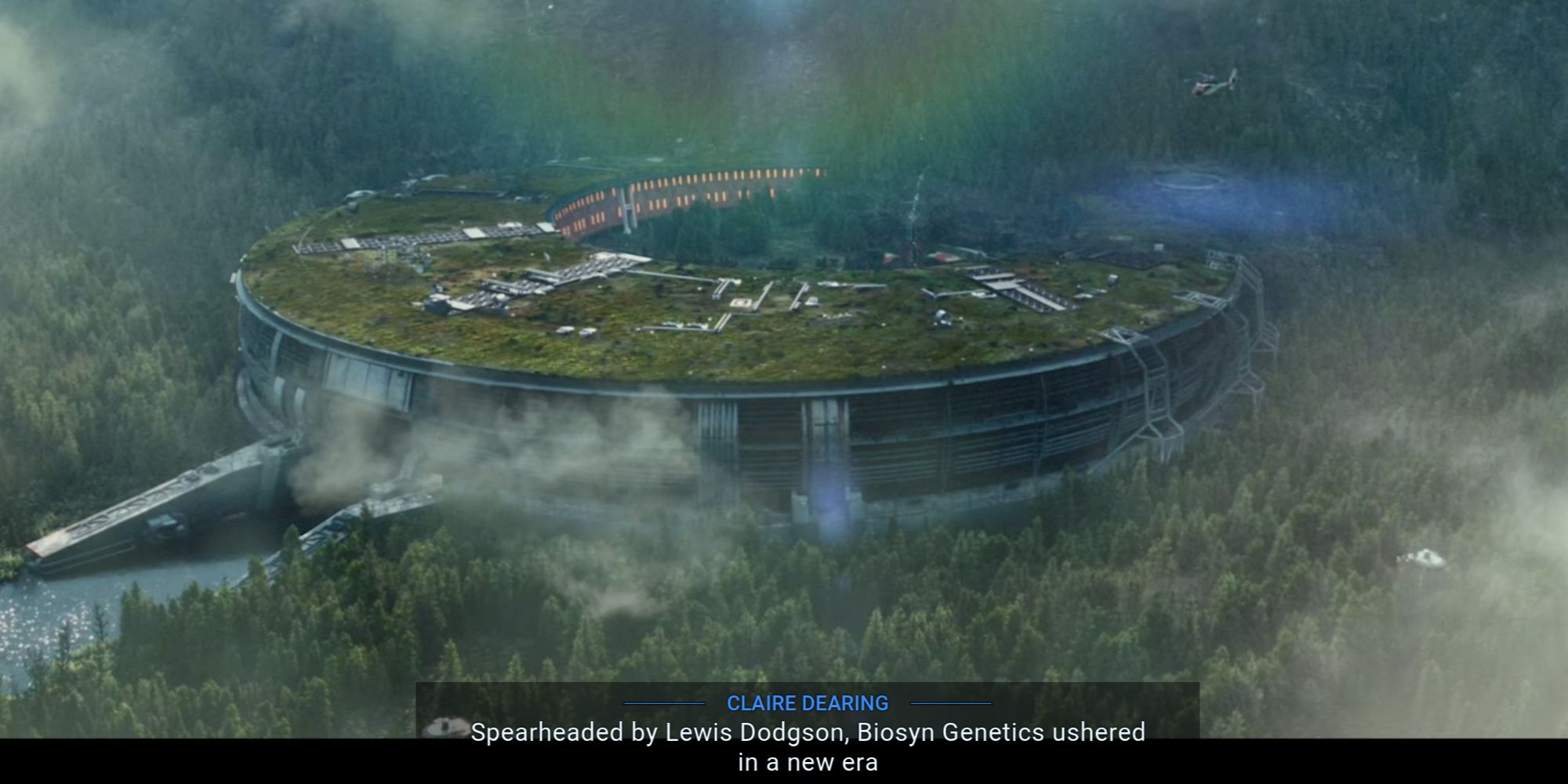 Most core features of park building are the same. You’ll still need rangers, MVUs, patrols, and paths to connect your main buildings. Utilities like electricity are also generated in the same way as before. It’s just that now the scientists travel below ground, using the Hyperloop to access tall viewing platforms you can place anywhere on your map. In my preview, I already mentioned that it's been a long time coming, and across the full pack you feel its benefits. While you need to remember to link up the Hyperloop as well as the paths, it eliminates more problems than it creates. In fact, the only real issue is that buildings on the Hyperloop can only have three connection points, and you cannot cross the streams… sorry, lines. This means that if your park grows too big, something that’s likely in Sandbox mode if nothing else, things can get a little tricky. Still, the lines are easy to edit so unjumbling them is usually quite simple. 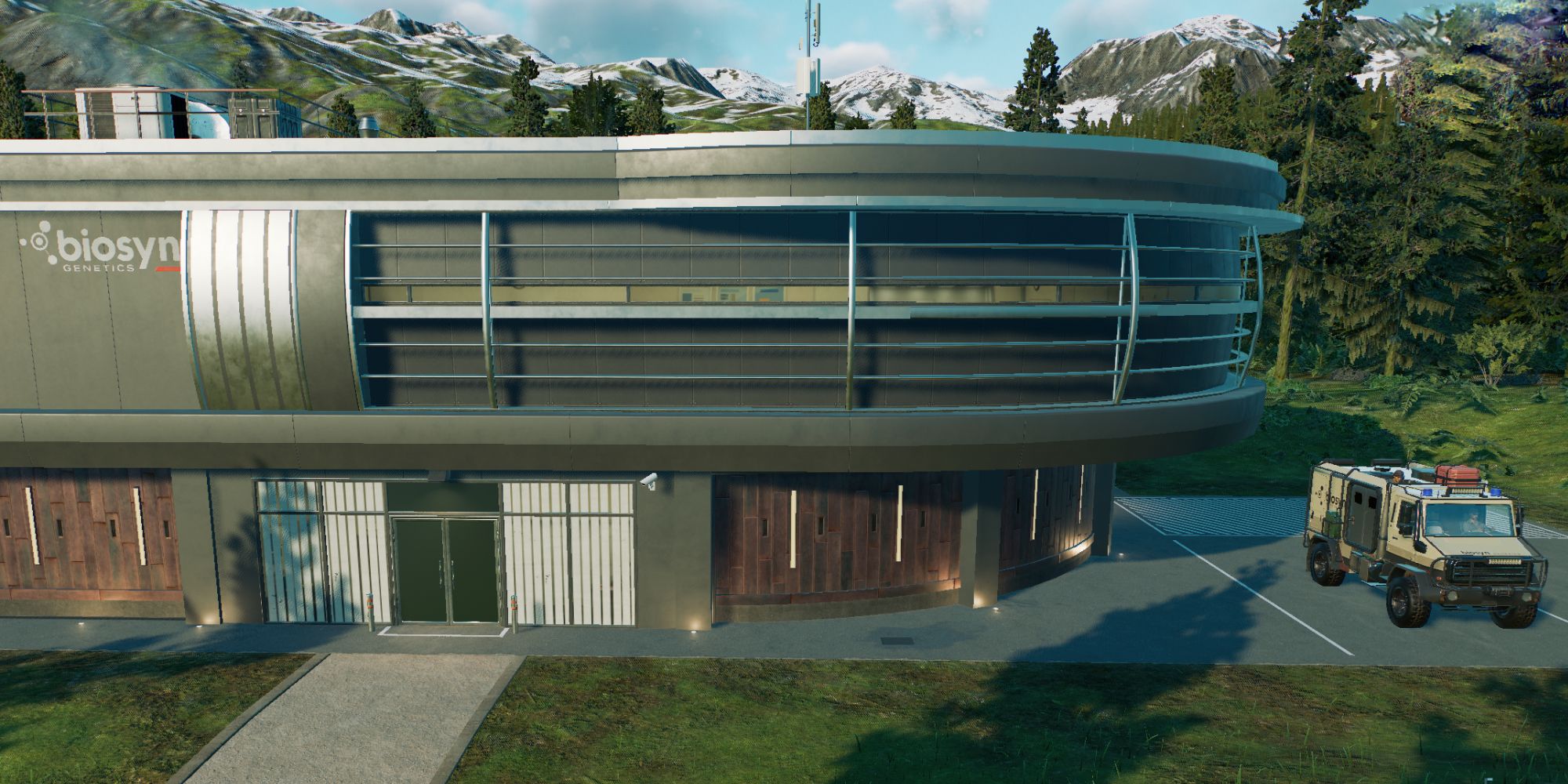 Building up this park isn’t too challenging but there are a number of dinosaurs to house and you’ll need to do some extensive research to complete the final task, so it will take a while. One of the reasons for this is the new Amber Mining feature. Expeditions now take place in the Amber Mines and this adds an extra layer of complexity. As well as researching specific dinosaur types to unlock their corresponding nodes, you’ll also need to perform research in order to unlock lower levels of the mines. The length of the content is impressive, and also the reason this review comes to you a few days after release.

Once the Biosyn facility has been professionally set up by your fair hand, the chaos sets in. You expected chaos, right? I mean, this is Jurassic World after all. As you embark on the second half of the campaign you’ll be treated to a spoiler-tastic summary of some of Jurassic World Dominion’s key plot points, before being tasked with sorting everything out. That’s right, once more you are in charge of sorting out the mess everyone else has created. Although this time it’s quite a quick and reasonably easy task, which felt a little disappointing after the lengthy and engaging first half.

For those who want to undertake a more unique challenge, Chaos Theory is the best bet. This time around, while the campaign links heavily with the film, Chaos Theory is more movie-adjacent. You’ll be taking control of Owen’s Ranch and setting up a small dinosaur sanctuary on his land. At least, I assume it’s his land. He’s got dinosaurs on it now, so I’d like to see someone try and take it back. 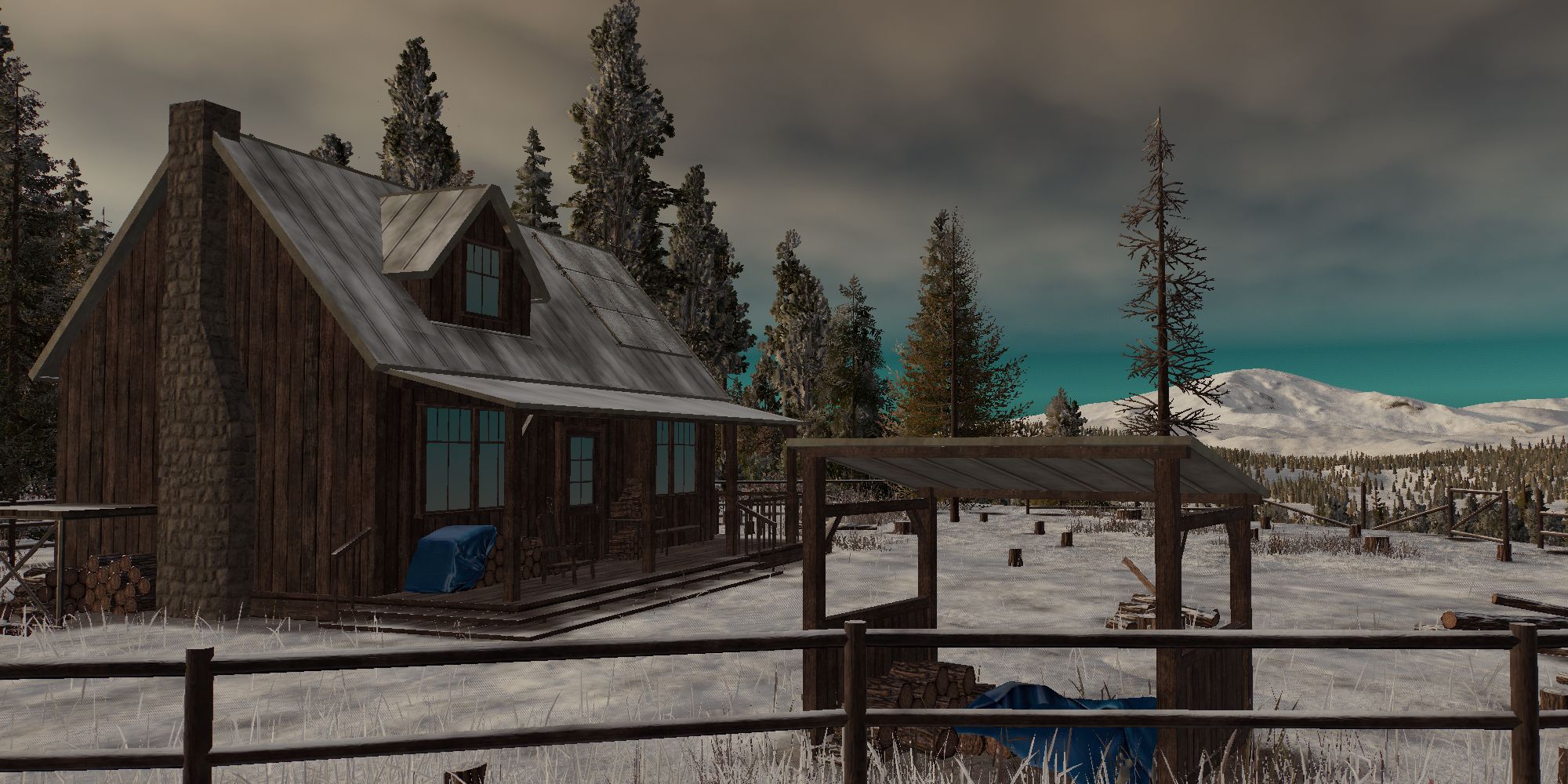 Here you’ll encounter space challenges and also have to face a new threat, poachers. These no-good ranchers will destroy your fences and try and steal the dinos right from under your nose. You’ll need to use a combination of poacher detection equipment and good old-fashioned ramming the hell out of their cars to stop them from getting what they came for. The frequent need to be more hands-on with the ranger vehicles is something new for the game and adds a new challenge I didn’t expect. While using the ranger cars isn’t new, this Chaos Theory scenario in particular requires you to use them a lot, since as well as ramming poachers, you’ll also need to manually herd dinosaurs in order to keep them safe. Both of these tasks are ones we’ve not previously encountered. 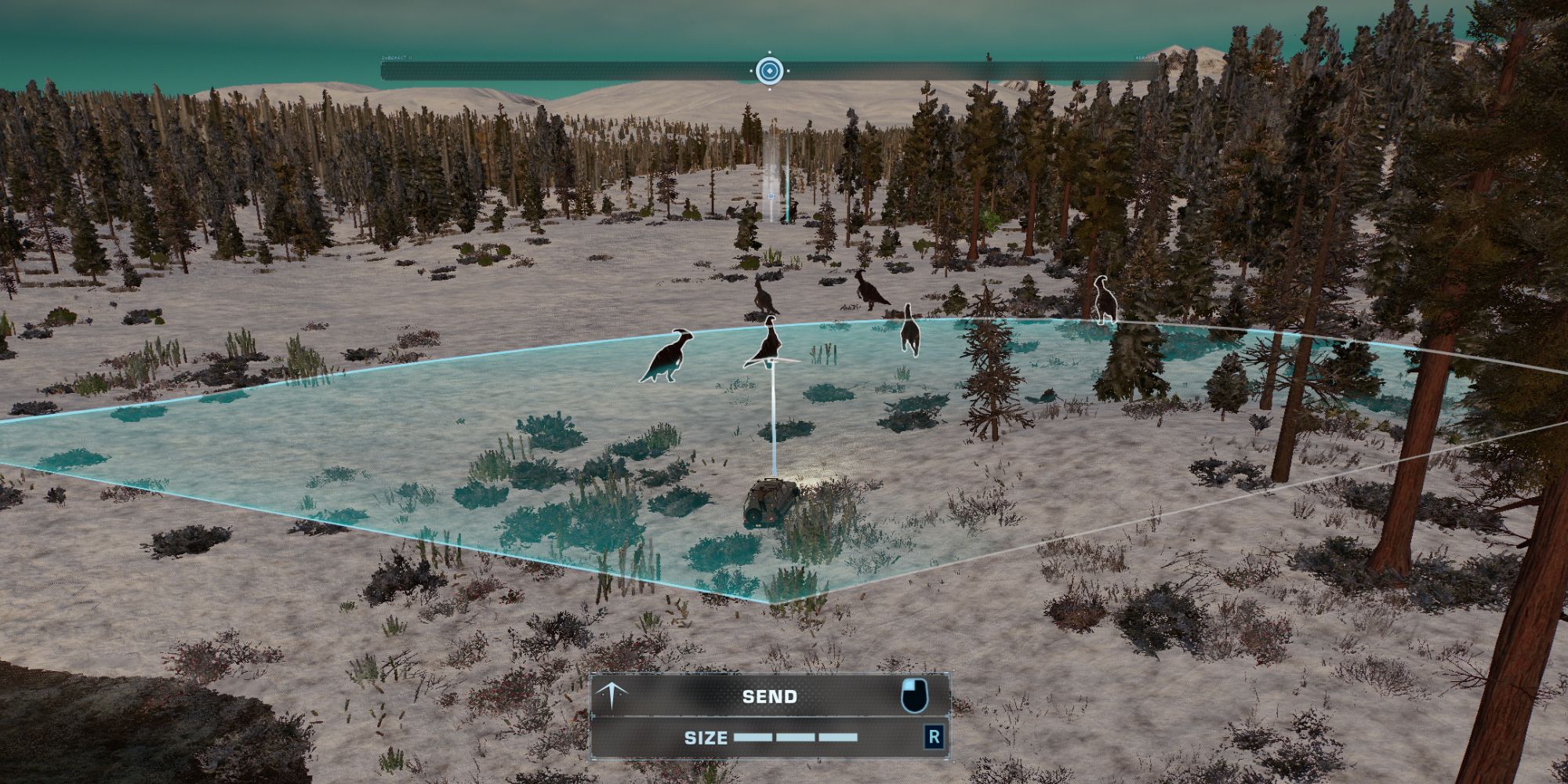 Overall, the expansion is an incredibly well-put-together complement to the main game. It expands on the things the title does well, while also adding a handful of new ways to play and challenges to undertake. The way the narrative both embraces and builds on Jurassic World Dominion is also excellent, although I do recommend seeing the movie before you play. There are a couple of big movie moments that would feel spoiled by seeing them in the series of stills before you’ve experienced them on screen. As always it includes voice acting from the original cast, and this time characters past and present are included. The only real issue is that none of them are Jeff Goldblum. Still, he was an absolute legend in the movie, so at least we have that.