Nostalgia goggles have a lot to take in these days, but that doesn't mean everything from the past is getting the second chance treatment it rightly deserves. So many '90s PC games were forgotten and rarely see re-releases without a massive outpouring of fan feedback. Even with Steam and GOG keeping up on many classics from the PC eras of yesteryear, there are many games from the golden age of PC gaming that have yet to be resurrected.

Sadly, a lot of the games we played as kids in the '90s are becoming harder to remember, with only a few dream-like images that flicker in our minds, with barely a Wikipedia page to remind us. These games are those that maybe you can't always put a name to, but upon seeing them, you'll remember the countless hours you sunk into them on your parent's computers, and why they belong on Nintendo Switch. 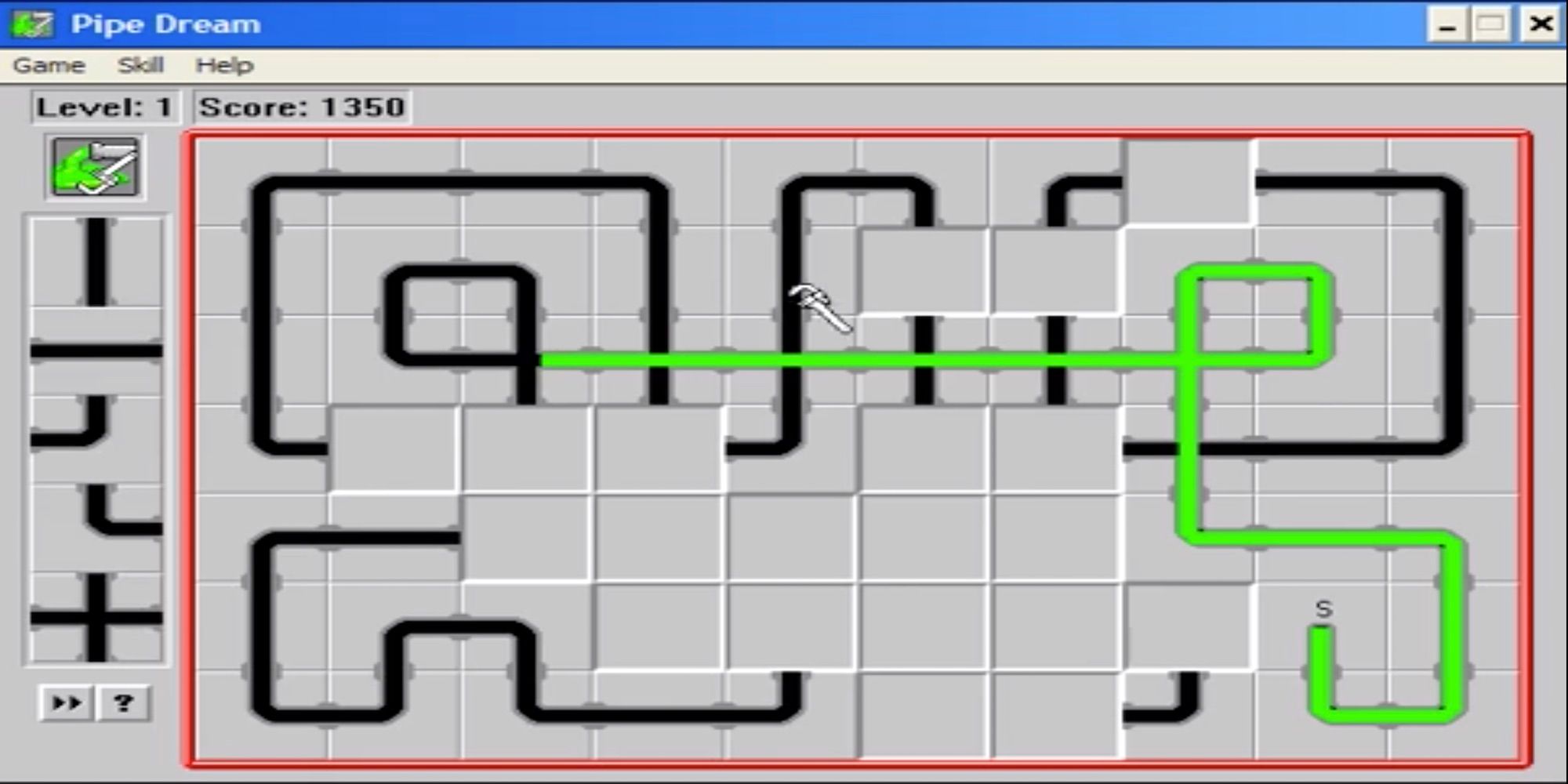 When most people think of pipes and old PCs, they probably think of the screen savers of endlessly drawing pipe mazes, but many will also fondly remember the puzzle game Pipe Dream.

Pipe Dream bears a lot of similarities in appearance, simplicity, and nostalgia to minesweeper, with the puzzle of creating a functioning pipework system at its core. Another game commonly found on '90s PC computers, many came to know Pipe Mania well as it was often the first game playable on their computers. 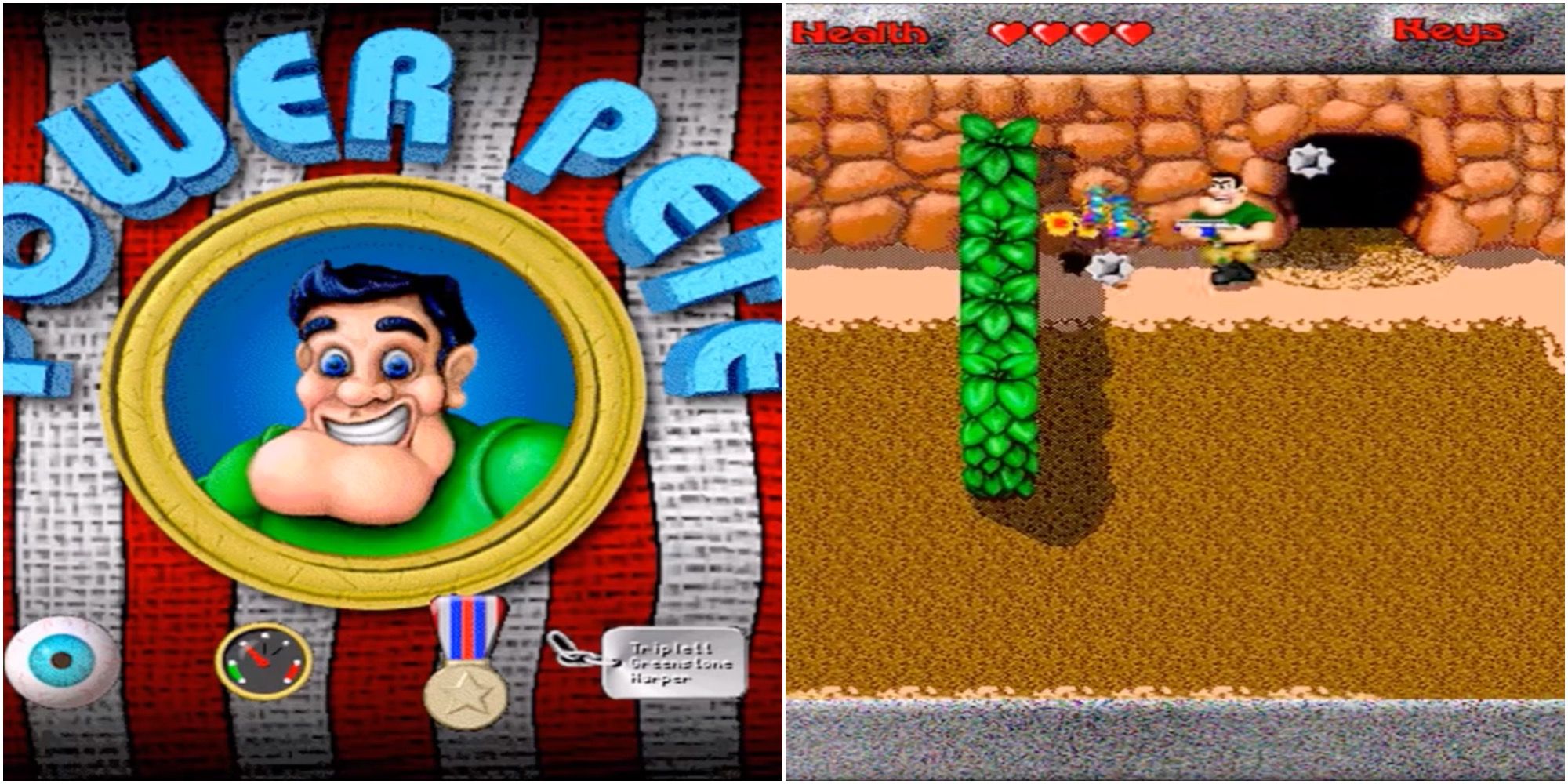 Power Pete was likely that game you saw at a friend's house once and thought it looked cool before it faded out of your memory with Space Cadet Pinball and The Adventures of Willy Beamish.

Those who did have a chance to play the arcade-style isometric run and gun were treated to one of the highest-rated Mac games of 1995. Featuring a Toy Story style aesthetic and narrative, Power Pete was PC arcade-style simplicity at its finest. 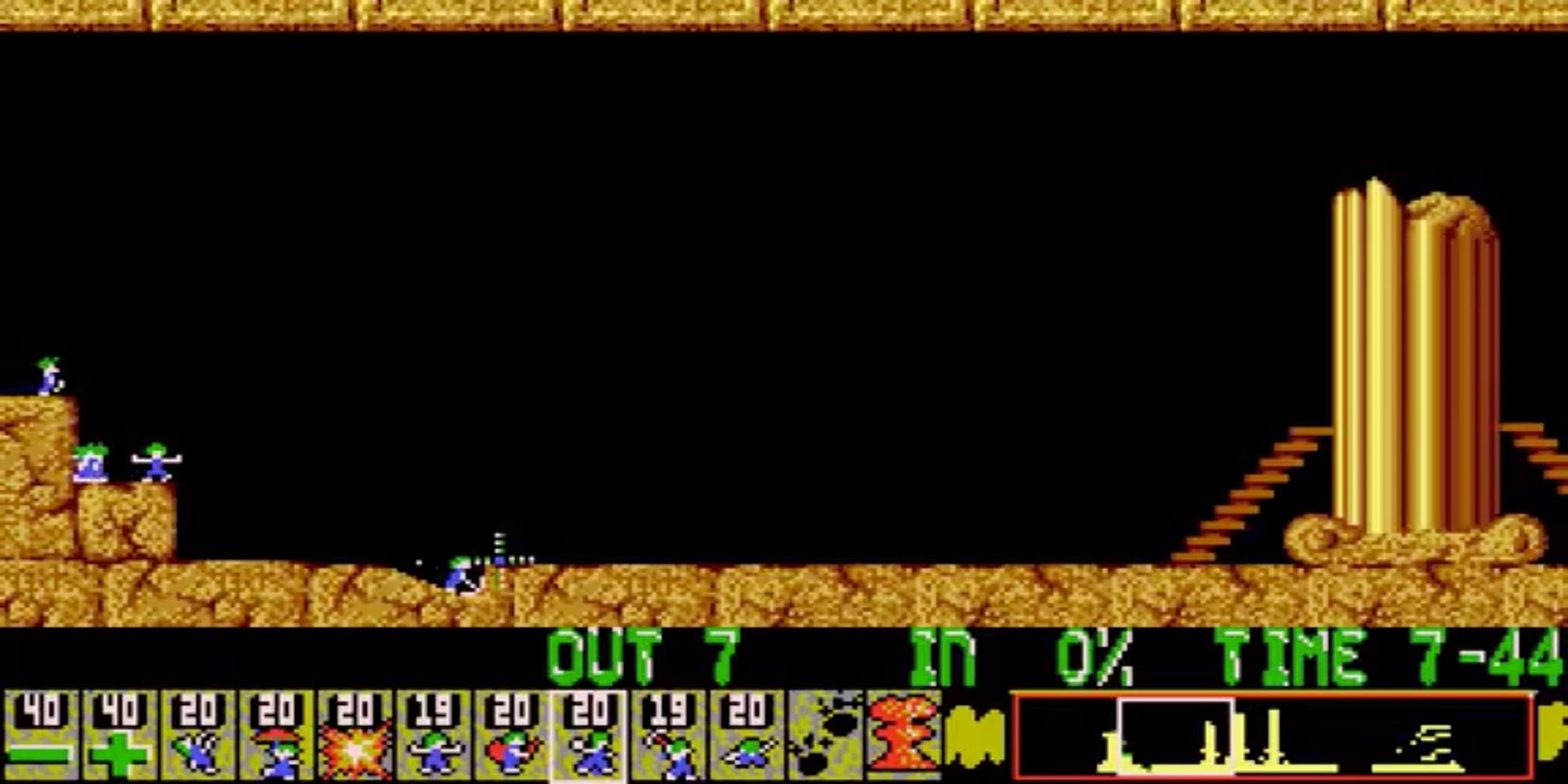 With ports galore on consoles like the Gameboy, Super Nintendo, Phillips CD-i, the Atari Lynx, and many more, Lemmings was a game so good it couldn’t be kept in one place.

Originally released for the Amiga, Lemmings is fondly remembered by many as one of the best games of the '90s. Plenty of spinoffs, sequels, and spiritual successors followed, but the original '90s PC classic will remain one of the best, and a game ready to be brought back to modern consoles. 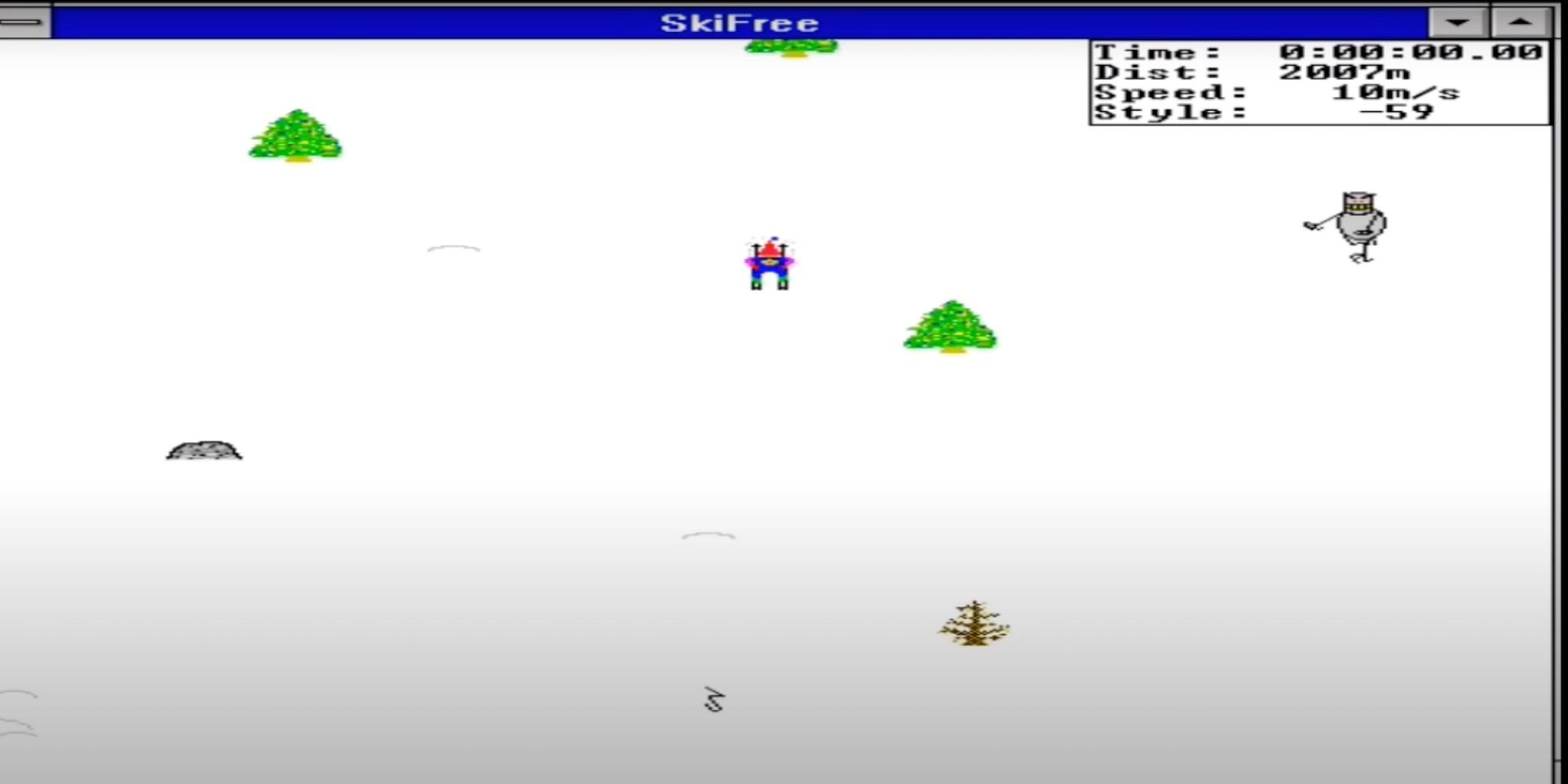 Ski Free is yet another game that you may not know by name but once you see it, all the memories come flooding back. A simple game with a simple premise: get down the slope and earn points. Oh, and don’t let the abominable snowman catch you.

Ski Free came packaged with the Microsoft Entertainment Pack and was another title young players in the '90s came to know well. It would see releases on the Gameboy and mobile devices, but Ski Free is a game that deserves much more praise and attention today for its influence and impression, despite its simplicity. 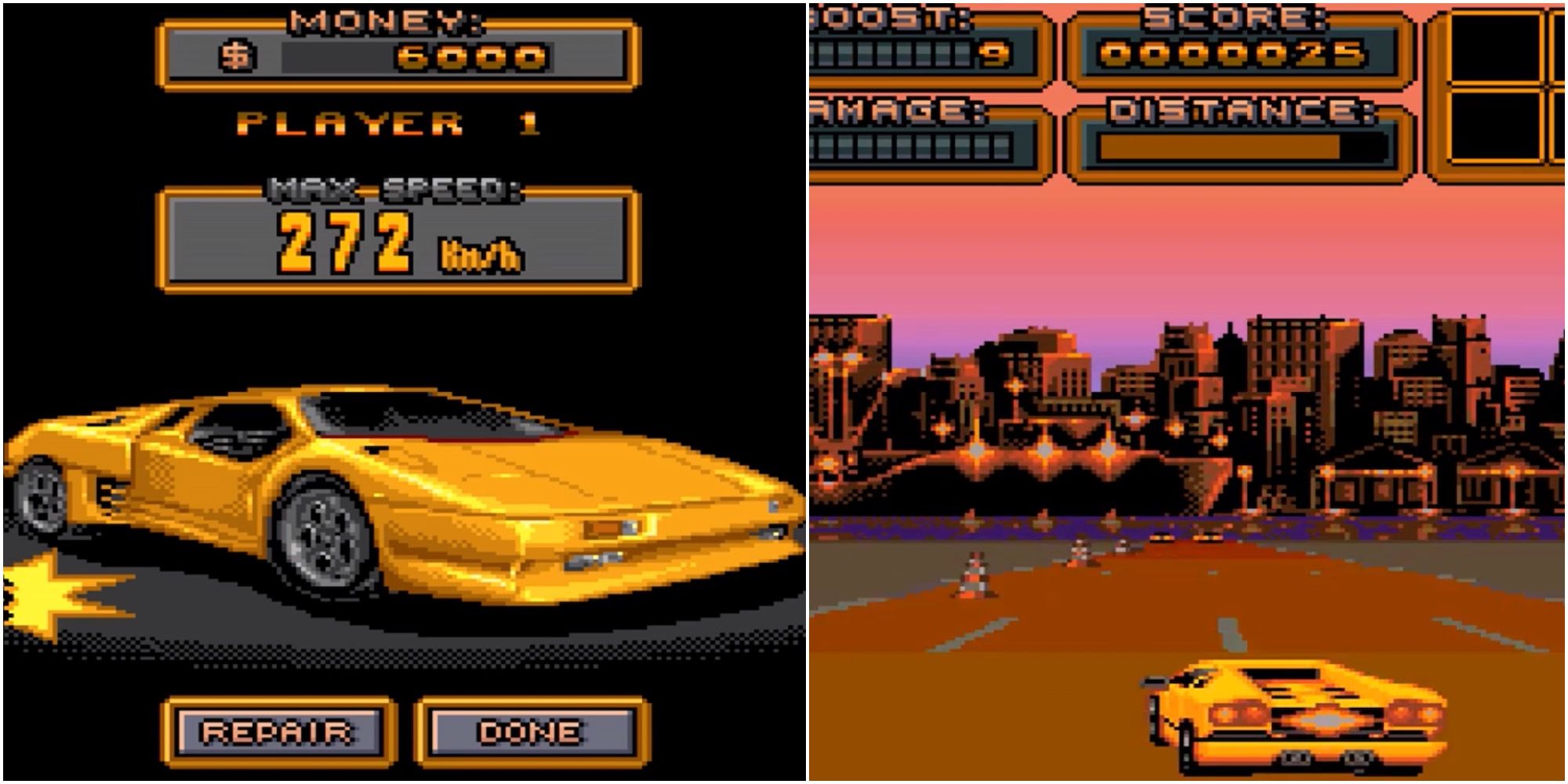 Giving players the ability to gamble and earn money each race to upgrade and improve their car was a revolutionary aspect that would set the standard for many racers to come, and freshened up a genre of games often obscured in the exhaust smoke of rehashed and old ideas. 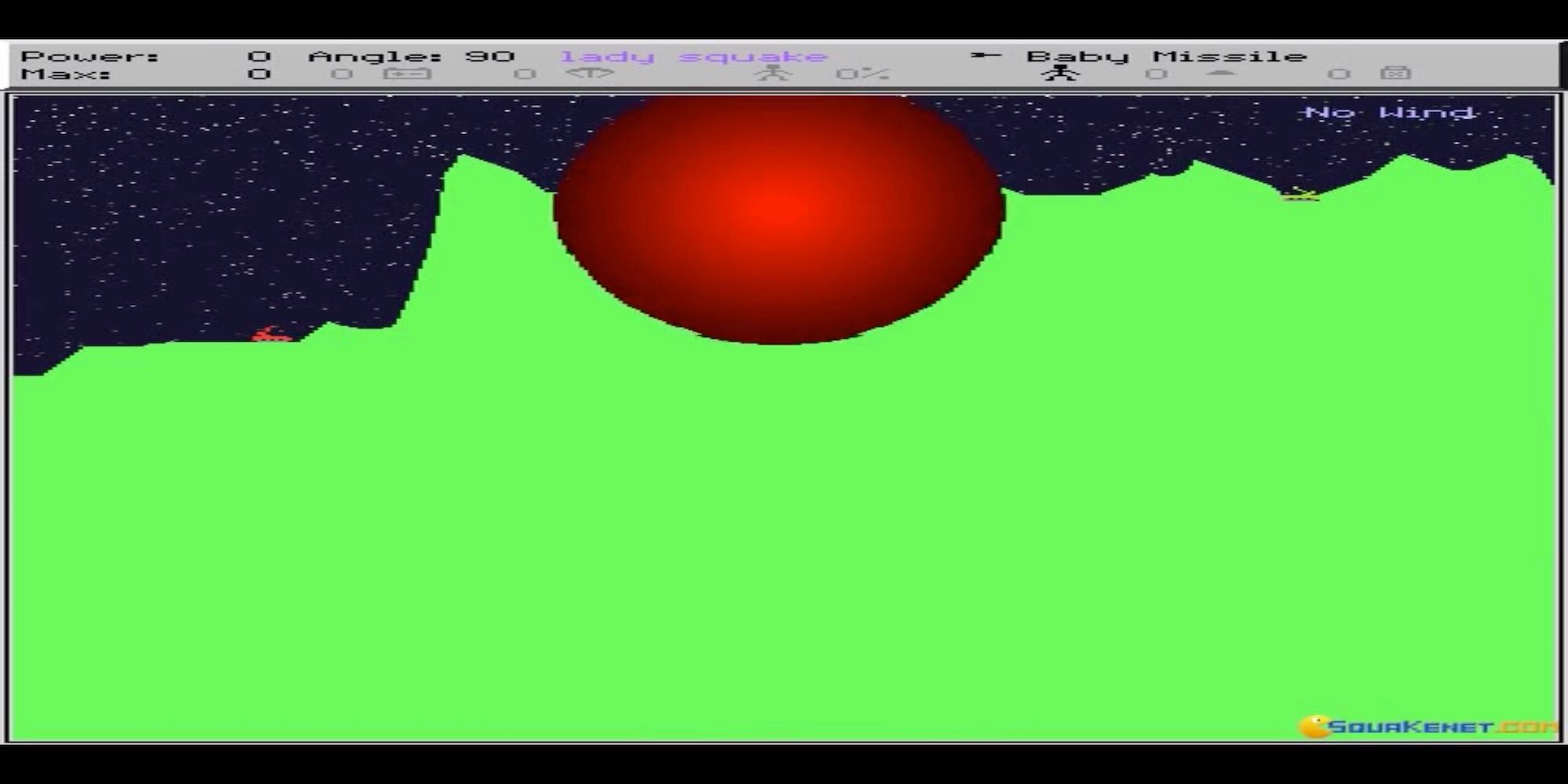 Perhaps best known by its descendant, the highly addictive and colorful Pocket Tanks, Scorched Earth was the place it all began for one on one artillery games. A competitive turn-based combat between two players, Scorched Earth led to other similar games such as the massively popular Worms franchise.

With how popular online gaming is and the portability of platforms like the Nintendo Switch, the shareware classic makes a great case for a head-to-head style game for the modern landscape. 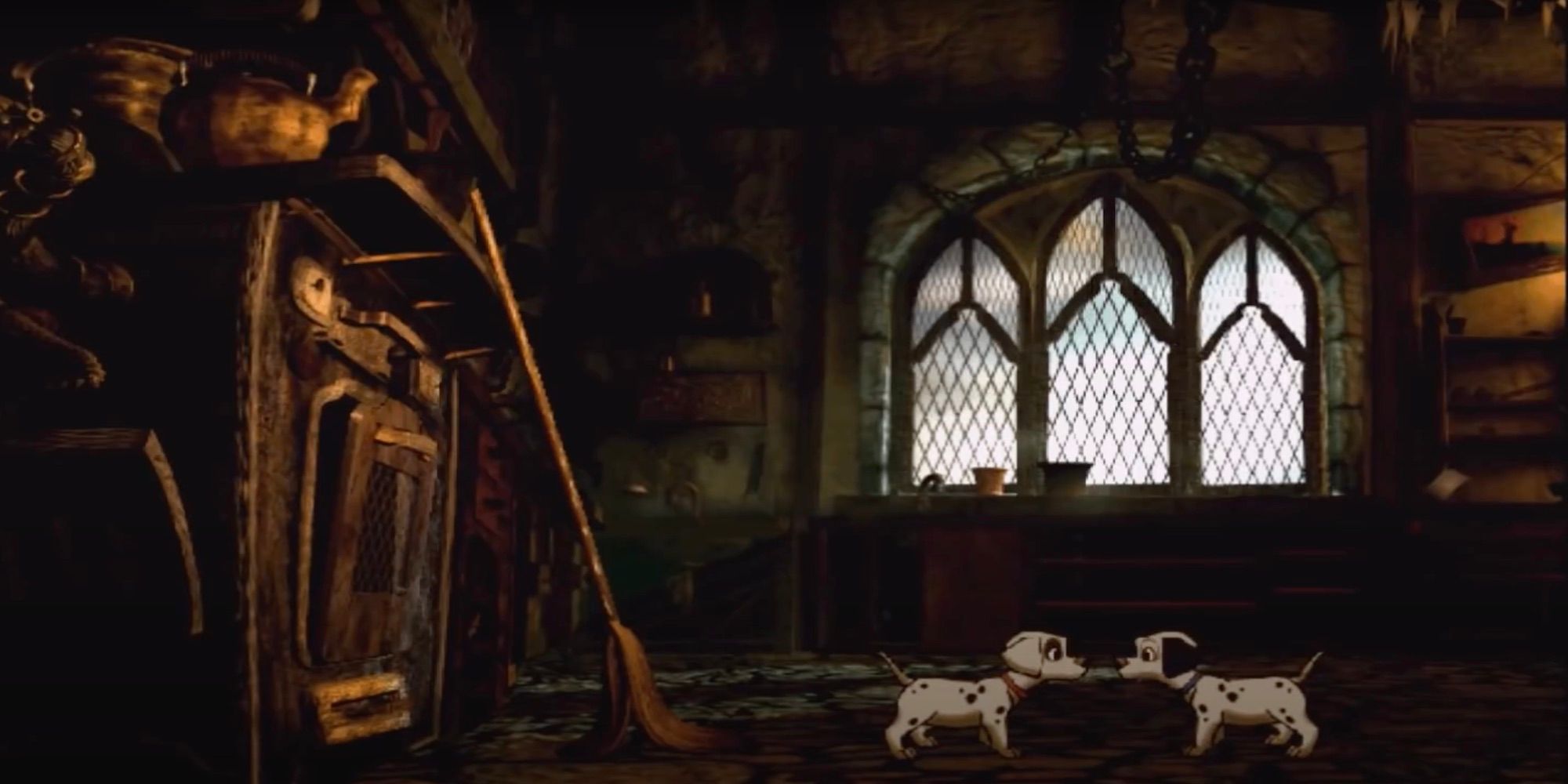 If one company has a good track record of licensed games, it would be Disney. Among the multitude of great gaming titles Disney released in the '90s was 101 Dalmatians Escape From DeVil Manor.

Set in the titular manor of Cruella, you guide Patches and Whizzer and help them escape by solving puzzles and avoiding Horace and Jasper. Long since forgotten, the game featured incredible animation and voice acting for the time, and some truly beautiful, albeit somewhat terrifying locations to explore. 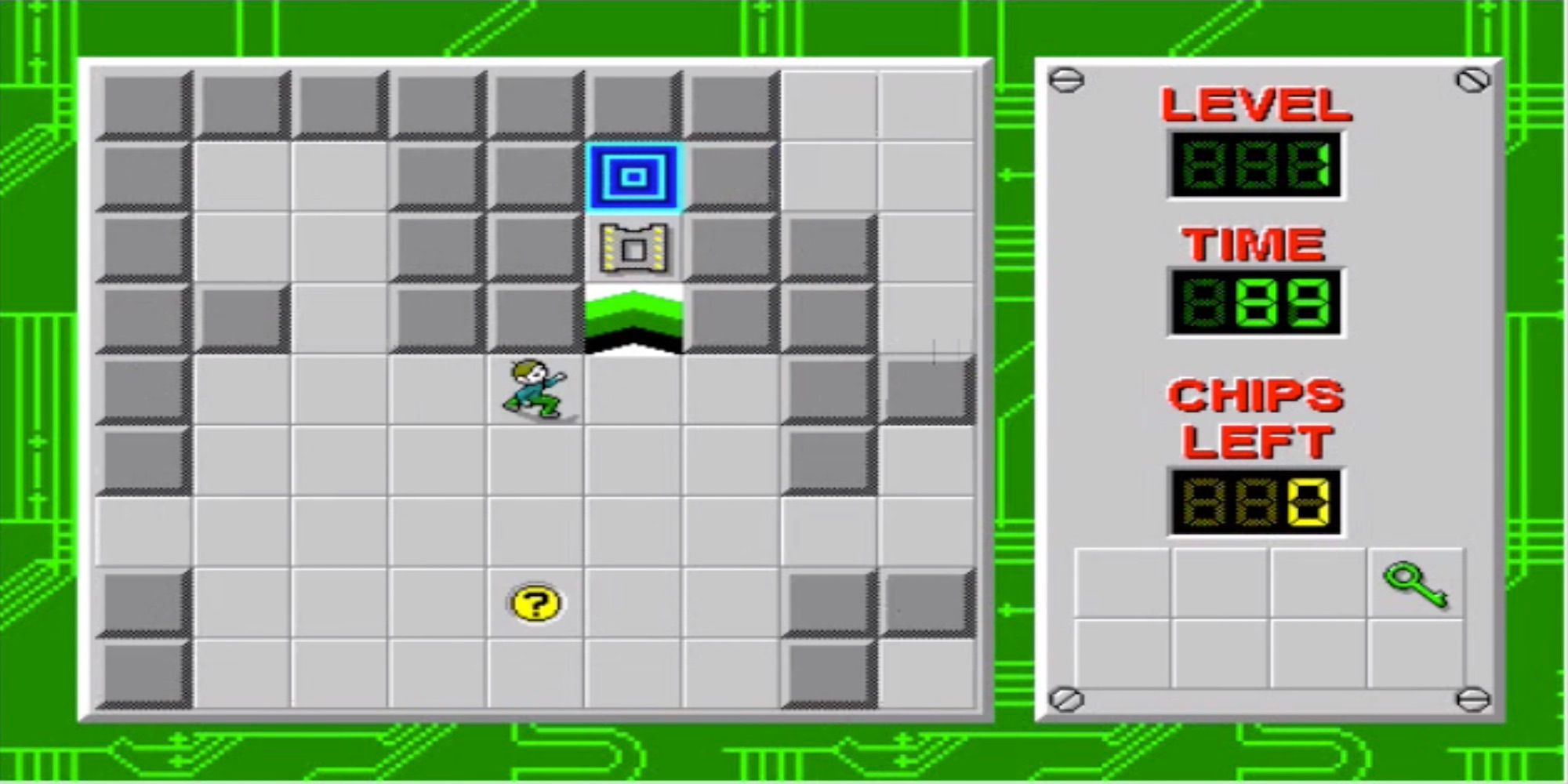 Despite being released originally as an Atari Lynx exclusive, most people remember Chips Challenge as part of the Microsoft Entertainment pack. A simple puzzle-solving game that gradually becomes harder with each level, Chips Challenge is another classic PC game that deserves more attention.

Although it has reappeared on Steam, Chips Challenge deserves a port to consoles like the Switch as it’d be a perfect game to play on the go if you only have a few minutes to spare. 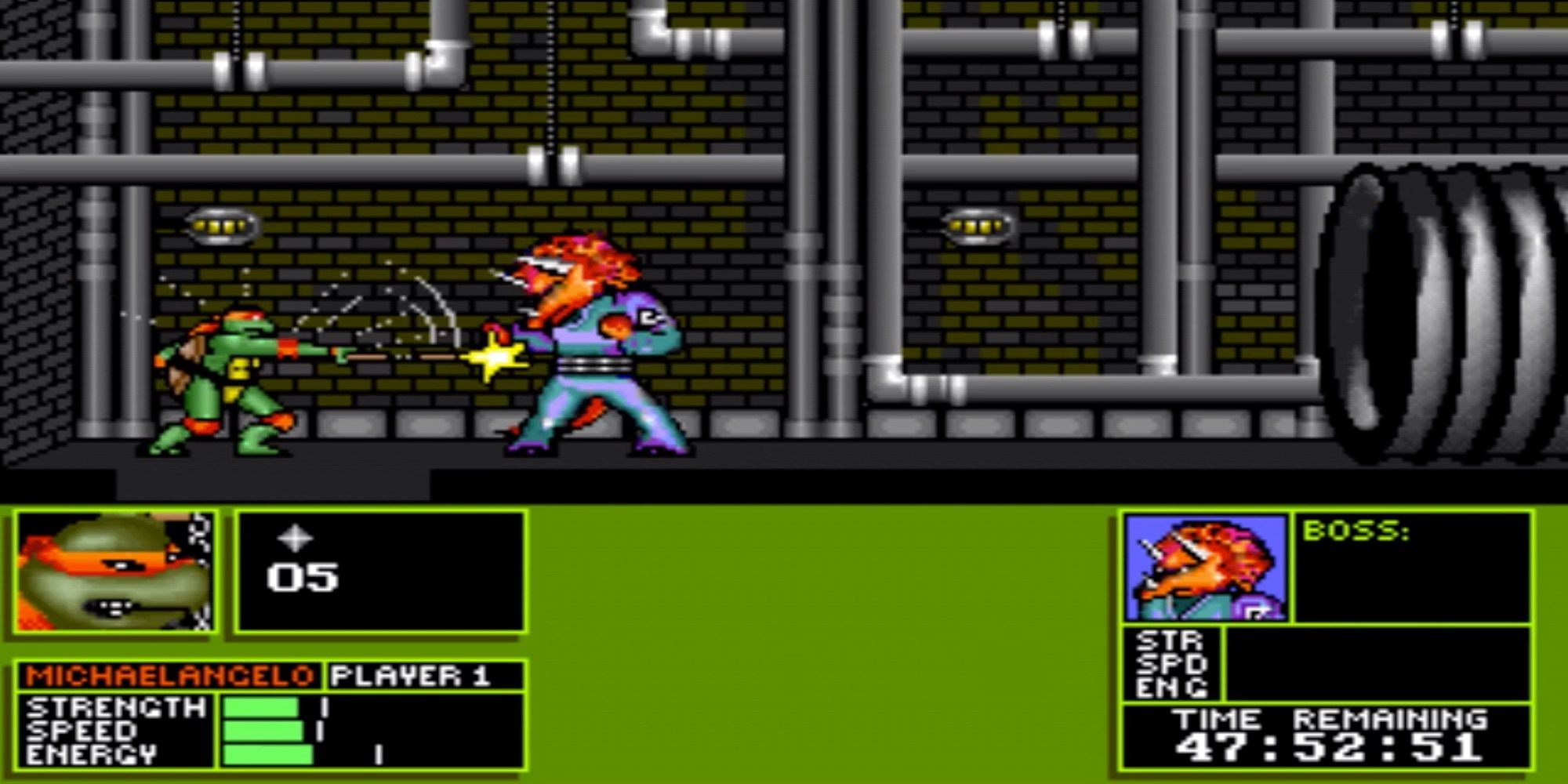 Most gamers recognize the Konami era Turtles games as some of the greatest beat ‘em up games of all time. What may surprise gamers is that Konami also produced a Turtles game exclusive to home computers that shared more in common with The original Prince of Persia than the beat ‘em ups we came to know and love.

The Manhattan Missions let you switch between turtles as you play each level, all the while trying to find the Shredder before time runs out. Despite its experimental play style, Manhattan Missions is a forgotten gem that Konami could easily bring back, bundled with the other Turtles games in a pack not unlike their Castlevania and Contra collections. 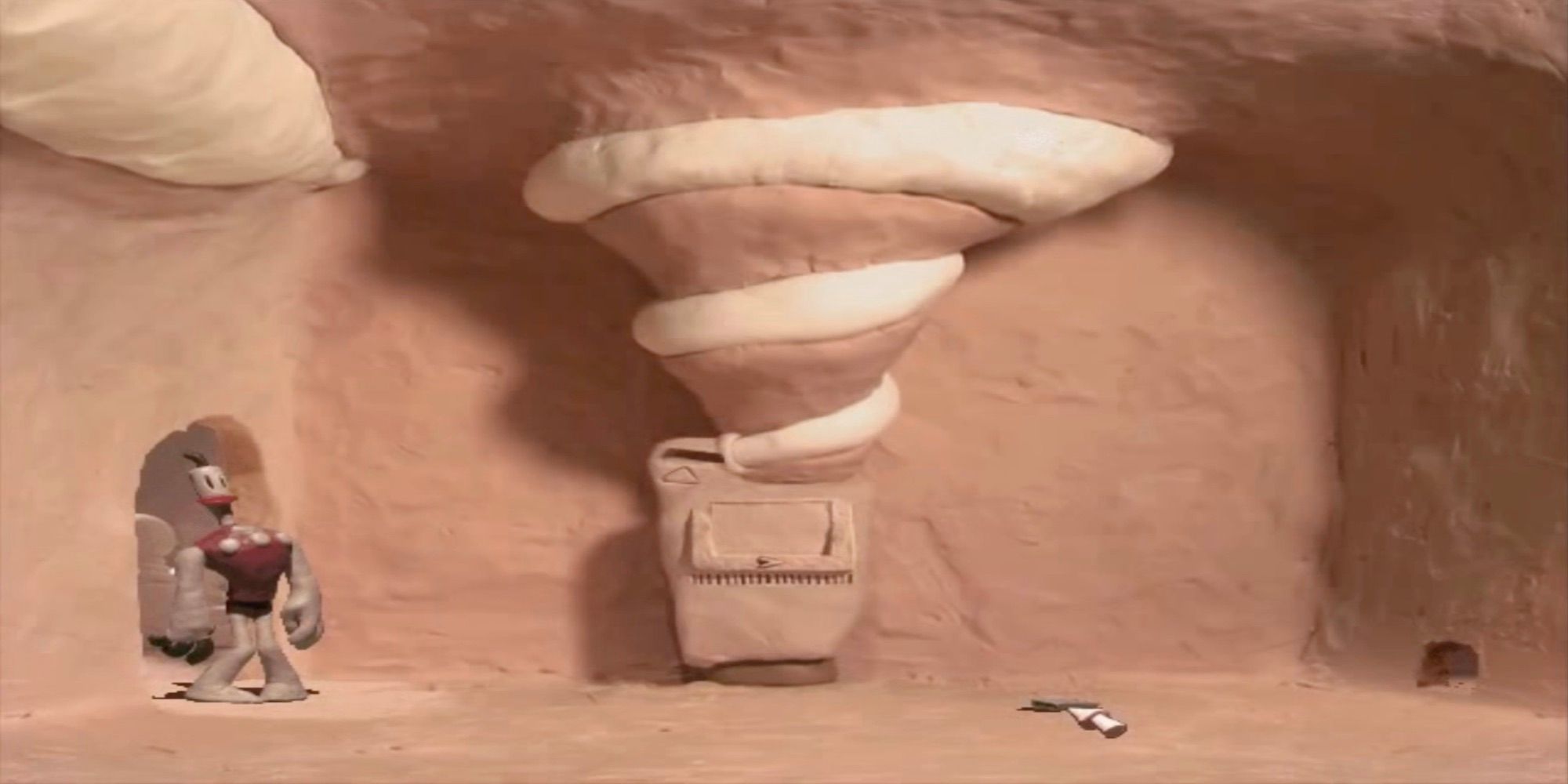 From the creative mind of Doug Tenapel, creator of beloved works like Earthworm Jim, The Neverhood was a stylish and quirky game that captured the essence of the '90s. Along with a distinct claymation art style, The Neverhood charmed players with its zany characters, bizarre world, and iconic soundtrack.

We’ve seen tons of cult classic point and click adventures receive re-releases and find new audiences. Grim Fandango, Sam and Max, and Lost Eden are just a few that have been rediscovered via virtual modern releases, so it only makes sense that The Neverhood should get the same chance.